L’Oreal heiress Liliane Bettencourt dies at 94, Maersk ships off its tanker business for $1.17 billion, and Chinese next-gens reluctant to take the reins. Liliane Bettencourt, the heiress to the L’Oreal cosmetics fortune and the world’s richest woman, has died at home in Paris, aged 94.

Bettencourt, whose net worth was estimated at $39.5 billion, was the daughter of Eugène Schueller, who made a fortune as the inventor of modern hair dye and founder of L’Oreal.

Bettencourt was said to have adored her father, whose company she inherited on his death in 1957, her mother having died when she was five.

Bettencourt’s final years were marred by a court battle involving a predatory entourage and her daughter Françoise Bettencourt Meyers, who claimed her mother was being taken advantage of.

This resulted in a public family feud and political scandal when it was claimed Bettencourt, who suffered dementia, may have been manipulated into giving donations to Nicolas Sarkozy’s 2007 presidential campaign.

Françoise Bettencourt Meyers, her husband Jean-Pierre Meyers, and their son Jean-Victor remain on the L’Oreal board.

L’Oreal group chief executive Jean-Paul Agon said Bettencourt was “a great lady of beauty who has left us and whom we will never forget”.

“We all had a great admiration for Liliane Bettencourt who always looked after L'Oréal, the company and its employees, and was very attached to its success and development.”

Maersk ships off its tanker business for $1.17 billion 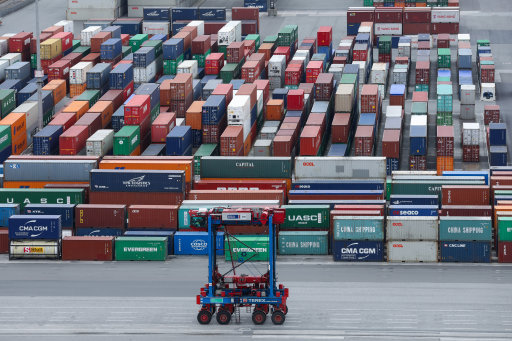 AP Moller-Maersk continued the break-up of its oil business this week, selling its 161 tankers to its family-controlled parent group for $1.17 billion.

The proceeds of the sale to AP Moller Holding A/S would be used to pay down the subsidiary’s debt, which had mounted during the last several years of low oil prices and a slowdown in global freighting.

This sale follows last month’s disposal of AP Moller-Maersk’s oil and gas assets to French firm Total for $7.45 billion, as the company moves to focus on the container shipping, ports, and logistics side of its business.

AP-Moller-Maersk chief executive Søren Skou formerly headed the tanker business and said he was pleased the sale would allow the tankers to continue under the Maersk name.

“I recognise the importance of having an owner with a long-term market view in this industry,” Skou said.

AP Moller Holding will establish an ownership consortium for the tanker fleet with Japan’s Mitsui & Co Ltd and other potential partners.

The study, released this month by the Tanoto Center for Asian Family Business and Entrepreneurship Studies at the Hong Kong University of Science and Technology, also showed that 70% of family business owners were indeed hoping their children would take over.

Head researcher Professor Roger King spoke to Asia Times and said many of China’s “new wealth” businesses now needed to be handed over, and if children were not willing to take the reins, other issues around selling came up.

“When you talk to a private equity person, they tend not to buy family-owned businesses,” King told the Times. “Because typically in such businesses, you have one boss and everybody listens to that boss.”

King said children were often more interested in using parental capital to start their own businesses, with the idea of the “family business” turning toward the “business family”, where families diversified through multiple ventures depending on individuals’ interests.

Other issues included the fact Chinese business was based largely on trust, so it was more difficult for outside buyers to succeed when they took over.