The next frontier: How does space entrepreneurship work?

Raphael Roettgen, managing partner of E2MC Ventures, discusses how investing in space doesn’t have to be rocket science. For many decades, space travel was only possible for government-funded initiatives. More recently, privately funded ventures have taken the step to boldly go where few have gone before. Now, it’s becoming increasingly more rewarding and affordable, and less risky, to invest in a host of off-world initiatives.

Raphael Roettgen, the managing partner of E2MC Ventures, lectures on space entrepreneurship and finance at several universities - including the International Space University and the Swiss Institute of Technology. He also hosts the Space Business Podcast and is the author of Hoch Hinaus, an introductory book on space business soon to be released in its English translation.

With a background in global investment banks and hedge funds and degrees in finance from Wharton, machine learning from PUC-Rio and space studies from the International Space University (where he also serves as a governing member), Roettgen’s knowledge of the sector and passion for helping innovative businesses grow makes him the perfect person to introduce Campden FB’s readers to the infinite possibilities of space… 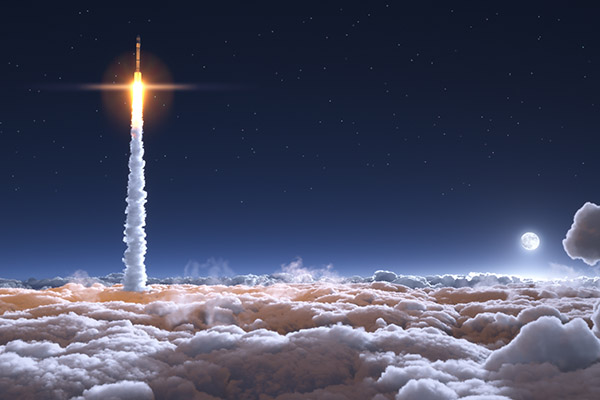 For the uninitiated, what is space entrepreneurship?
Space entrepreneurship is what it says on the label. There’s a three-fold definition we use at my firm; the first is a company that has assets that go to space, rockets or satellites for example. The second is a company whose revenue stream is directly and substantially dependent on customers operating in space, like a satellite ground station serving satellite operators. The third is firms which directly depend on suppliers who operate in space, such as companies who do analysis of satellite imagery but do not operate their own satellites.

Obviously, space exploration has been around for a while, but it's only recently have we moved from government-funded space organisations to privately funded space companies. How has your role evolved in that time?
The reason I entered this industry is because of the shift that was going on. Space used to be very much considered a government domain, although forms of commercial space have been around for decades, with satellite TV having been around since the 1970s.

In the 1990s, there were several attempts to start global satellite communications constellations for telephony, but most of them went bankrupt.

The last few years have been an interesting time, thanks to dramatic cost decreases. With firms like SpaceX developing reusable rockets, it means you're not throwing away a piece of equipment that costs something like $30 million after one use. SpaceX have recently reused the same first-stage booster for the 13th time – that was a record for them. So, you can imagine how much of an economic difference that makes.

"Because the costs are coming down a lot, it means a lot of space business models, which previously never made any economic sense, are now viable options."


SpaceX is working on its next generation rocket, the Starship, and that could bring down costs another order of magnitude, resulting in perhaps 95% cost decreases compared to recent history – so it could just cost hundreds of dollars to take one kilogram of mass to space.

Now, everything else is getting cheaper, too. Things like satellites and their components are becoming more affordable as the technology follows general technology trends and as we move from low production numbers towards something starting to resemble mass production. Lastly, space components are also getting smaller, following the general tech trend of miniaturisation and that results in even lower launch costs.

So, this is why space is so interesting. Because the costs are coming down a lot, it means a lot of space business models, which previously never made any economic sense, are now viable options – this is why we now have, for example, more commercial remote sensing or satellite communications commercial startups. It's also why we are now looking at some more exotic-sounding stuff like manufacturing things in space to bring back to Earth. 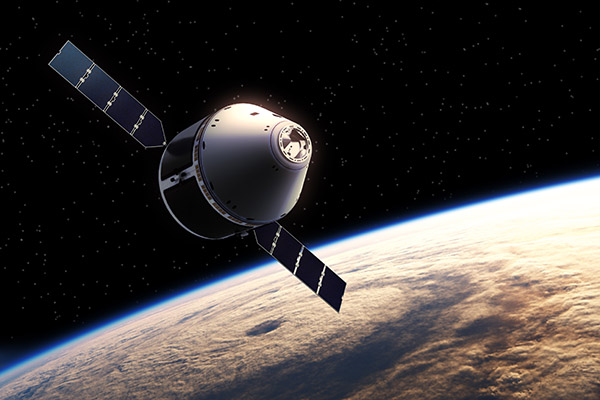 Following on from the financial benefits, what are the ESG benefits of increased space entrepreneurship?
There are a lot of examples of space activities having positive impact. For example, global satellite communications constellations, like SpaceX is putting up with Starlink, are really allowing us to connect everybody. You can connect the unconnected and be able to do more things like remote education.

Elon Musk was down in Brazil a few weeks ago, to meet with one of the ministers and they're planning to connect 19,000 schools in the Amazon region, via satellite.

Also, there’s remote sensing – sometimes we call it Earth observation – which has a lot of potential positive impact use cases, from precision agriculture for food security to disaster management. One use case of in-space manufacturing is to potentially design better biomaterials and pharmaceuticals.

That’s the positive impact but then there’s the legitimate question about rocket fuel and its carbon footprint. Traditional rockets run on liquid oxygen and highly refined kerosene, so that's obviously not very clean. But people are working on cleaner options, it’s very much on people's minds.

By and large, the space sector is a community of idealists and planet-loving people. While they're really fascinated by space, they all really love planet Earth as well. So, I think it's fair to say it's very much on the typical space entrepreneur’s mind. 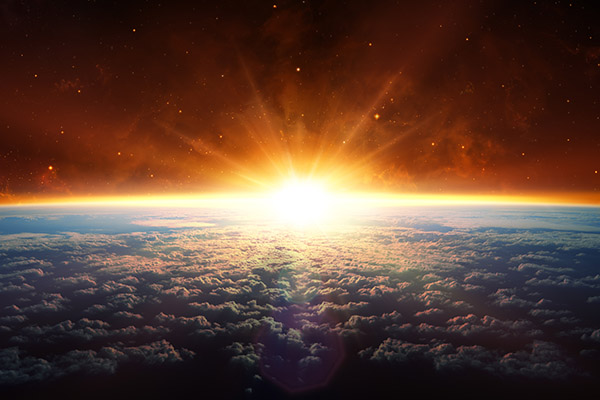 Your company E2MC aims to provide the “Financing to develop the space economy and pave humanity’s expansion into space”, can you talk about the process of bringing a project to fruition?
At the core, we’re a venture capital firm and we’re focused on relatively early stage, seed and sometimes even pre-seed funding, which is where a lot of the space sector is right now.

We get startups from many different sources, including an increasing amount of inbound as we are well known in the sector by now.

We’re also active in incubators and we have friends in the venture capital community, some space specialised, who we share deal flow with.

Typically, a startup would send us materials to look through. If it passes the first filter, we will have an introductory call and go through a relatively typical VC funnel process.

If they survive the first call, then we’ll take a deeper dive into the business and conduct due diligence, including, critically, technical due diligence. Space is a deep tech sector after all –literally rocket science in some cases.

After the final legal due diligence, we invest and that’s where the real work – and the real fun – begin. Being early stage investors, we aim to provide far more than just capital to support our entrepreneurs. Given our specialist expertise and network, we can help with things like introductions to potential employees, board members, suppliers, clients, other business partners, and further investors, among other things.

How do you conduct due diligence on such cutting-edge technologies and processes?
One important thing to point out is there’s no such thing as a general space expert.  When we go into deeper-dive technical due diligence, there's me and my partners and we have space knowledge – about 30 years each in the case of my two partner – but we’re very aware that we must call in other experts to conduct deep due diligence. The person we would need to call in for the technical due diligence on a rocket engine is a completely different person from the person we call to give us an opinion on a satellite communications payload.

They’re very different people but the important thing is that it's still all in the same network. So, whatever comes up, we always have the right technical experts in our network that we can go to. 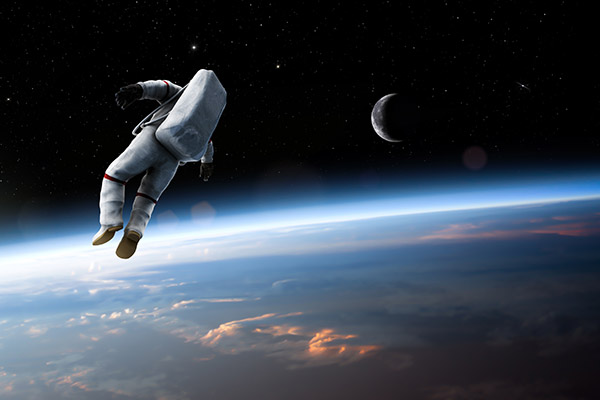 What would you advise to families looking to get into space entrepreneurship but don’t know where to start?
When I first got into space, there wasn’t a lot of educational material out there, which is why I spend a lot of my time on outreach and education and have developed materials myself, such as my book, the courses and the podcast.

From an investing point of view, because this is a deep tech sector I would say to outsource to specialists and invest indirectly. If you absolutely want to go and invest directly, at least connect with people who are experts and/or invest alongside them.

What’s the future potential of space entrepreneurship?
SpaceX is a bellwether driver of the space industry. If all goes well, within the next few months, they’ll conduct the first orbital test flight of their next-generation rocket, the Starship, which has a huge payload capacity. If that goes according to plan, we will then have very significant, cheap and regular capacity not only to Earth orbit but also go beyond. That's game changing.

We believe that where the space industry is right now is where the internet was in the mid-1990s. We’re starting to have the big technological trends and drivers in place. I'm convinced that over the next few years we will have more and more entrepreneurs coming in from outside the space sector, who realize how they can use space technology to do something smart for non-space sectors using that infrastructure to build cool applications that can become big businesses. We want to be there to invest in those businesses early.