Barron Hilton, the hotel magnate who expanded his father’s chain, has died age 91.

In a statement, the Hilton family said Hilton died of natural causes at his home in Los Angeles on Thursday. He is survived by eight children, 15 grandchildren and four great-grandchildren. His wife, Marilyn Hawley Hilton, died in 2004.

“He lived a life of great adventure and exceptional accomplishment.”

Hilton took over Hilton Hotels Corporation as president and chief executive in 1966, succeeding his father, Conrad Hilton, who founded the hotel empire. He was instrumental in transforming Hilton hotels into the industry’s top brand during his 30 years as chief executive.

Hilton retired in 1996, but remained a chairman of the board for another decade until the company was acquired by the Blackstone Group for $26 billion.

In 2007 Hilton announced he would commit 97% of his wealth to philanthropic work through the Conrad N Hilton Foundation. The gift is expected to grow the foundation’s endowment from $2.9 billion to $6.3 billion.

The remaining 3% of Hilton’s estate will still leave millions for his surviving family members. 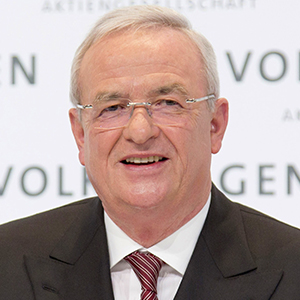 In September 2015, Volkswagen admitted to using illegal software in its diesel engines to cheat anti-pollution tests.

In a 636-page indictment, prosecutors in Branuschweig accused the trio of being aware of defeat devices being installed in VW vehicles well before the scandal broke out and not informing capital markets immediately.

It said the men knew the financial impact of the scandal on the company and sat on the information “thus unlawfully influencing the company’s share price”.

Shares fell by more than 40% in the aftermath of the scandal, wiping billions of dollars from its market value.

Responding to the indictment, Volkswagen rejected the charges and said it had “meticulously investigated” the matter over nearly four years.

“The result is clear: the allegations are groundless,” Hiltrund Dorothea Werner, the board member responsible for integrity and legal affairs, said.

She said that if the indictment went to trial the company would be “confident that the allegations will prove to be unfounded”.

Japan’s richest man Tadashi Yanai has warned that Brexit could take the United Kingdom back to the economic stagnation of the 1970s when the country was described as the “sick man of Europe”.

In an interview with CNN, the founder and chief executive of the Fast Retailing empire, which includes Uniqlo, voiced concern over the UK’s divorce from the European Union.

“If Brexit does happen, the UK could revert back to the former situation before the Margaret Thatcher era,” Yanai said.

“The UK was referred to as the sick man of Europe. I’m afraid that could happen again.

“Brexit is practically impossible because the old borders will be shaky and the UK has a Northern Ireland issue and a Scotland issue … I think Brexit is difficult to realise even if the UK wants to do it.”

Fast Retailing’s flagship brand Uniqlo has struggled in the UK over the last few years. Expansion plans in the early 2000s reversed leading to the closure of 16 stores, with 13 remaining. However, Japan is still one of Britain’s biggest foreign investors, last year investing $37 billion, according to the government.

Yanai is the founder of Fast Retailing. He and his family own a 44% stake, putting their estimated net worth at more than $30 billion. Last year, he promoted his two sons to the board of Fast Retailing as company directors. Kazumi Yanai, 45, is global chairman of subsidiary Link Theory, while Koji Yanai, 42, oversees Uniqlo’s sales strategy.