Why working for a single family office is not for everyone

Single family offices looking to hire top talent from traditional banking and asset management corporations should appreciate that not all candidates suit working in a family office environment, according to a family office recruitment director. Single family offices looking to hire top talent from traditional banking and asset management corporations should appreciate that not all candidates suit working in a family office environment, according to a family office recruitment director.

Speaking to CampdenFB, Tayyab Mohamed (pictured left), director of family office recruitment firm Agreus, said while there was a large pool of talent in financial centres like London and New York, families should ensure potential recruits understand the differences between working in a single family office and a large corporate before hiring them.

“Someone who is used to climbing that corporate ladder and having a sense of gratification from being promoted has to change what drives them because those types of promotions don't exist in the family office environment—there is a glass ceiling where they cannot replace a family member,” he said.

“That doesn’t mean that there is no growth at all—they get more responsibilities, they get more compensation and satisfaction that they’re giving 100% to one client instead of being stretched across a portfolio—but that mind-set isn’t for everyone.

“There can also be a big culture shock with being part of a smaller team. There have been a number of times we’ve placed people from large institutions, like Goldman Sachs, with family offices and things didn’t work out because the person isn’t used to doing menial tasks all the time—they are used to having a team of analysts working for them but in a family office they may have to do the number crunching and modelling themselves.” 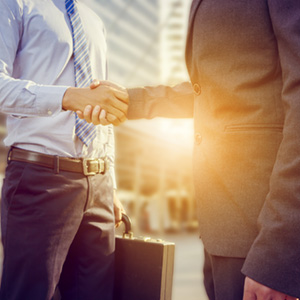 And these families, eager to manage their wealth independently of banks, have been competing to attract the world’s best talent to run their family offices, which are typically staffed by former investment bankers, hedge fund traders, private equity analysts and lawyers.

Last month, Advance, the family office for US media dynasty Newhouse family, which owns Vogue and Reddit, recruited Bei Saville away from Northern Trust Asset Management where she worked as senior client investment officer to oversee its investments and foundation. While the portfolio’s asset value is unclear, Forbes estimates the family’s net worth at $18.5 billion in 2016.

And it’s not hard to see why. Family offices are able to offer more compensation and incentive packages, varied work, bigger influence in decision making and working directly on deals. 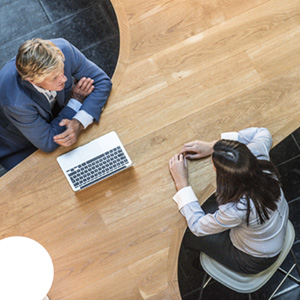 However, not all recruitments have been successful. In April, Adam Fisher, a portfolio manager at George Soros’s $25 billion Soros Fund Management, exited the New York based family office two years after being poached from hedge fund firm, Commonwealth Opportunity Capital, choosing to go back to managing money for outside clients.

For family principals, Mohamed said ensuring a potential candidate is the right cultural fit for the family office environment is key to hiring well.

“I rarely come across situations where a family office is firing someone because they are incompetent and cannot do the job, especially at the higher level,” he said.

“Most of the time it’s about their inability to get along with the principal or not understanding that it isn’t a nine-to-five job or even a nine-to-10 job, but it is about serving the family’s needs and wants, whatever that may be.

"It is those softer issues that are often ignored, but I think it is an important element that principals need to pay attention to.

“My advice to families is that not every star performer from a top bank is right for the job—they should make sure that the person has the right mind-set and aptitude to work in a small boutique environment and stay there long term because it is more disruptive in a team of five people losing one staff member than it is in a large corporate.”