The top women in family business

Today is the 101st International Women’s Day and to celebrate, CampdenFB is taking a look at some of the highest profile women working in family businesses.

Today is the 101st International Women’s Day and to celebrate, CampdenFB is taking a look at some of the highest profile women working in family businesses. 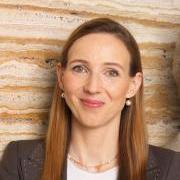 Simone Bagel-Trah is the chairwoman of Henkel’s supervisory board and is the fifth generation of the Henkel family to work in the company, best known for brands such as Schwarzkopf, Persil and Loctite. But she’s not just relying on her family links to get places – the 43-year-old has a PhD in microbiology and spent two years working as a consultant in the pharmaceutical industry, leaving her with a strong understanding of the essentials of the 136-year-old company’s products.

Yuwadee Chirathivat
Yuwadee Chirathivat is a woman making a big impact on the world of business in Asia. She heads up Central Department Stores, her family’s retail business, and has been at the heart of the company since it opened its first department store in the 1980s. Having worked at advertising giant Ogilvy & Mather, she’s got a keen eye for detail. She’s also a big supporter of female businesswomen and working mothers (she is one herself). “I admire how so many women balance the roles they have to play in business and at home,” she recently told Forbes. “We are usually business executive, wife, mother and daughter all rolled into one.” 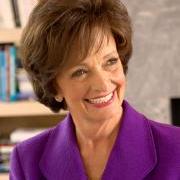 Marilyn Carlson Nelson
Marilyn Carlson Nelson, the oldest women on our list at 73, knows how hard it can be for a woman to get ahead in business. Despite her economics degree, she struggled to find employment and when she did get a job as an analyst, she had to pretend to be a man. She later joined her family’s business, Carlson, but after receiving a promotion from a non-family member, her father told her to go home and raise her family. Not one to be deterred by such setbacks, Carlson Nelson later returned to the family business and became chief executive in the 1990s. She’s now chairwoman and is “passionate about seeing women have good careers” – so much so that she’s focused heavily on making the company, known for brands such as Radisson and TGI Friday’s, a good place for working mothers: it was named Working Mother’s 2011 best companies for hourly workers. Read the next issue of CampdenFB for an exclusive interview with Carlson Nelson. 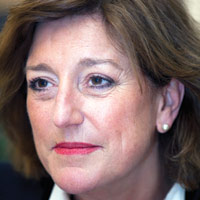 Marie-Christine Coisne-Roquette followed in her father’s footsteps and took over stewardship of Sonepar, the 150-year-old French electrical engineering company, over a decade ago. She’s done an impressive job at the helm – sales increased by at least 7% a year since, with the company reporting 2010 revenues of €13.4 billion. She features regularly on lists of the world’s most influential women – last year, the Financial Times ranked her as one of the top 50 women in world business. She also recently gave an exclusive interview to CampdenFB, where she said “putting family at the centre” was core to the business’s success. 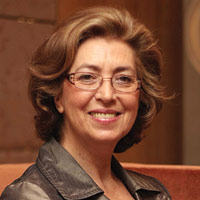 Dominique Hériard Dubreuil
Rémy Cointreau’s chairwoman has one piece of advice for female next-gens hoping to get ahead in the family business: take advantage of what you are offered. “I have been offered different positions [at organisations and on boards] because I was a woman and I took advantage,” she told CampdenFB. By doing so, the 65-year-old gained experience and cemented her reputation. Now Hériard Dubreuil heads up the French drinks company, a role she’s had since 1998, and holds her own in a male-dominated sector.

Annemiek Fentener van Vlissingen
Annemiek Fentener van Vlissingen is hugely private, but that doesn’t mean the Dutch businesswoman hasn’t left her mark on family company SHV Holdings. In fact, she’s held in such esteem that she was named the Netherland’s best businesswoman in the past. Now chairwoman of the conglomerate, she worked in the US and became a management consultant before joining the family business.

Jacqueline Gold
Jacqueline Gold never wanted to join the family business, lingerie retailer Ann Summers. But while gaining some work experience, she came up with the idea for Ann Summers parties and the rest is history. Under her leadership, sales have gone from £83,000 (€100,000) in the 1980s to £150 million today. The 51-year-old said that balancing being a mother and a businesswoman is “very challenging” – but she could never have given up work. “Working and doing what I do is part of my identity,” she told CampdenFB. Having the right support is the key to success, she said. 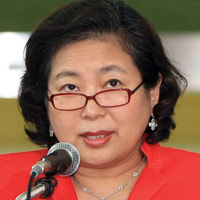 Hyun Jeong-eun
Hyun Jeong-eun took over the chairmanship of Hyundai Group in 2003, after her husband Chung Mong-hun committed suicide. Since then, she focused on growing the business and is considered one of the most powerful women in Asia – she hasn’t let her gender hold her back in the traditionally male-dominated region. She’s got big plans – she wants to increase revenues from an estimated €9.5 billion in 2010 to $70 billion (€55.2 billion) by 2020. 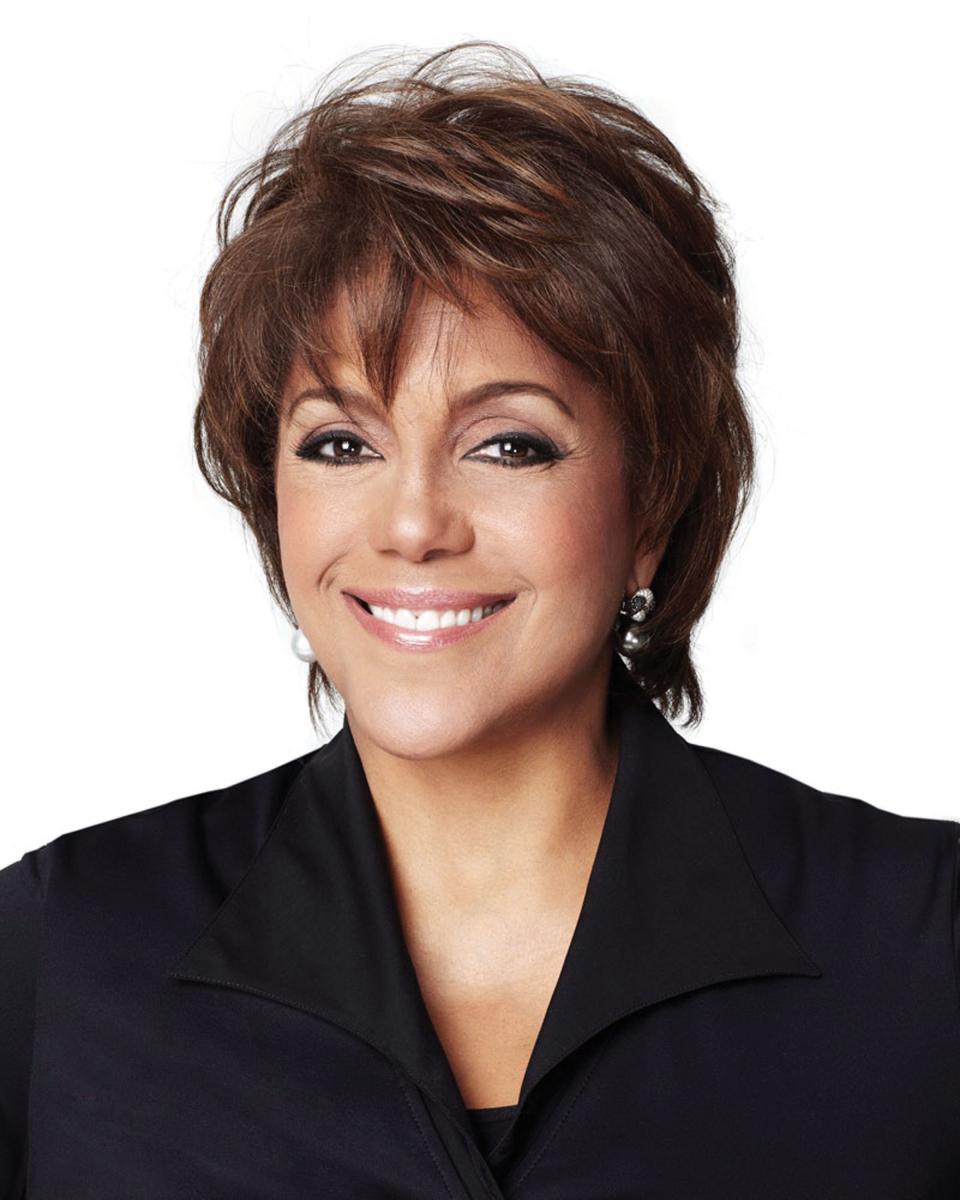 With sales of print publications falling across the board, Linda Johnson Rice has had her work cut out for her in recent years. But the 53-year-old, who succeeded her father at publishing house Johnson Publishing, is taking action. She hired Desiree Rogers, the former White House social secretary, as chief executive in 2010 and brought in JPMorgan Chase’s Special Investments Group as an investor in 2011, providing extra capital. Since then, circulation of the publishing house’s flagship magazines, Jet and Ebony, have been on the rise - in August, the US’s Audit Bureau of Circulation listed both among the top 25 fastest-growing consumer magazines.

Emma Marcegaglia
The "steel lady" as she is affectionately known by her fellow Italians, Emma Marcegaglia combines working in the family-owned business with heading up Italian business lobby group Confindustria. It’s no easy feat, but by working with her family, she has had great success with both Marcegaglia and the lobby group. 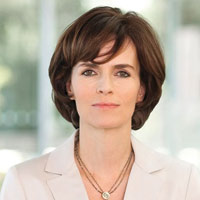 Nicola Leibinger-Kammüller has spent her whole career at Trumpf, the German machine tool producer that her father inherited from founder Christian Trumpf. Although revenues at the Ditzingen-based business dropped during the global economic downturn, last year was one of its best yet. And under Leibinger-Kammüller’s leadership, the company looks set for double-digit growth this year. 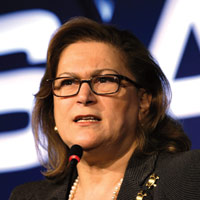 Güler Sabanci is always named on lists of the world’s most powerful women. It’s not surprising – the 56-year-old heads up €10 billion-family business Sabanci Holding, the company founded by her grandfather Haci in 1967. She’s worked at the firm since the 1970s and took the helm in 2004 - under her leadership revenues increased by 30%. Not only is she a robust businesswoman, she is also at the forefront of philanthropic endeavours and heads the Sabanci Foundation. 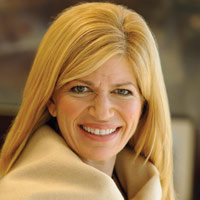 Laura Shapira
You might not have heard of Laura Shapria before, but this 42-year-old is making a big impression in the US. She worked at Sara Lee and Procter & Gamble in the 1990s, before joining family business Giant Eagle in 2000. She became chief executive in 2011 and has big plans for the business. As well as opening new discount stores, Shapira is looking to expand operations outside of the four US states it currently operates in – which should see the company boost its revenues above its current $9 billion (€7.25 billion).

Ofra Strauss
Third-generation Ofra Strauss took over the running of the eponymous Israeli food company from her father more than a decade ago. She told CampdenFB that she was always encouraged to join both the business world and her family’s food business – and has been very successful in both. Female next-gens need to make sure “they learn from everyone around them”, as well as “saying very loudly” that they want to work and lead their business, she said. 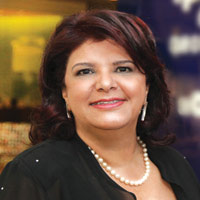 Brazil is now the sixth biggest economy in the world, knocking the UK into 7th position, according to figures released this week. The country will grow even more, if Luiza Helena Trajano Inácio Rodrigues has anything to do with it. Not only is she one of Brazil’s leading businesswomen, she is also often sought by politicians, including the current president, for her insights into the economy. The vice-chairwoman of retailer Magazine Luiza worked her way up through the company, spending time in administration and sales, before becoming chief executive in 1991. Magazine Luiza is growing rapidly – between 2008 and 2010, its revenues increased by 84%.