Stratpharma, a Basel-based developer of specialty dermatology products and wound dressings, is aiming for a second successful decade after recently marking its 10th anniversary. CEO Darren Kerr speaks about the company’s plans to launch a range of novel products and take its revolutionary technology to new markets Stratpharma, a Basel-based developer of specialty dermatology products and wound dressings, is aiming for a second successful decade after recently marking its 10th anniversary. CEO Darren Kerr speaks about the company’s plans to launch a range of novel products and take its revolutionary technology to new markets

When Stratpharma recently marked its 10th anniversary, there was much cause for celebration. The Swiss-based specialty dermatology firm, which produces a range of film-forming wound dressings for a variety of dermatological indications has, in its first decade, successfully brought to market half a dozen products. They range in function from preventing and treating stretch marks to flexible wound dressing that reduces the healing time after laser treatments. Sales tripled in 2015 and are expected to do so again in 2016, so Stratpharma’s second decade already appears likely to eclipse its first. Headquartered in Basel, the company is now looking to attract investment to fuel continued growth. 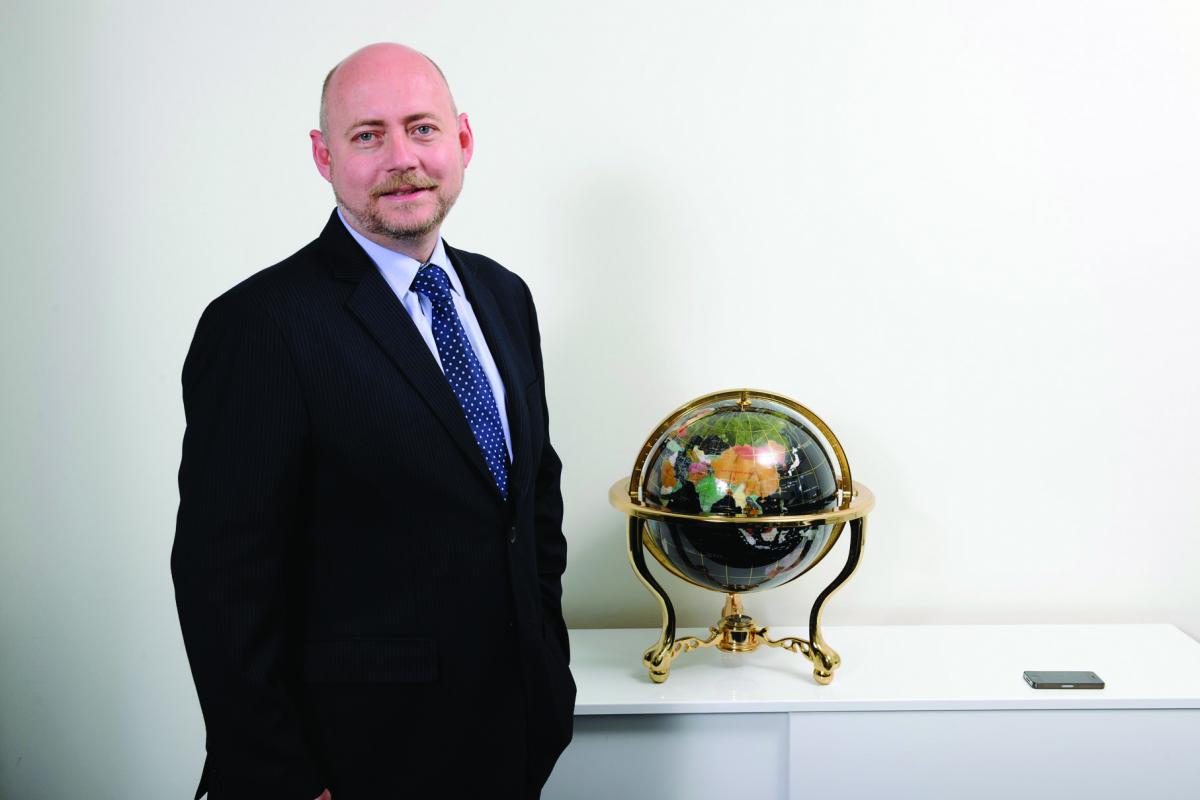 Expansion will centre on the launch of novel products, a number of which are already in development, and the roll-out of existing products to new markets. Key current markets include the US, China, Spain, South Korea, and Kerr’s native Australia, while in future the focus will also be on Brazil, Canada, Japan, and western Europe.

“We’re at about 20% of our potential with just the current products. That’s where the current growth comes from – taking our existing developed products to new markets using the experience we’ve gained over the last 10 years,” says Kerr.

“We have the structure and the ability to commercialise very quickly in the rest of the world.”

Kerr, whose background is in marketing, has worked with polymer chemists and physicians, “listening to what they needed” and developed “products that fill gaps in the market”. Among these products is Stratamed®, which makes use of silicone’s long-standing value in healing wounds and preventing and treating scars. Applied as a gel, even to open wounds, it dries to form a thin, flexible layer that reduces scar formation and protects against the invasion of bacteria and other microbes. Another gel-based product, Strataderm®, is clinically proven to prevent abnormal scar formation and reduce symptoms such as redness and itching from existing scars. The company’s portfolio includes Stratacel®, developed for use on skin that has undergone laser treatment or dermal abrasion, aiding more rapid recovery of the skin. Also in the product line-up is Stratamark®, specialised for preventing and treating stretch marks. It is among the company’s gels that is “novel to the therapeutic area”.

“For stretch marks, there are plenty of moisturisers, oils and creams, but this is the first therapeutic product for the prevention and treatment of stretch marks with credible clinical publications to support efficacy claims,” says Kerr. 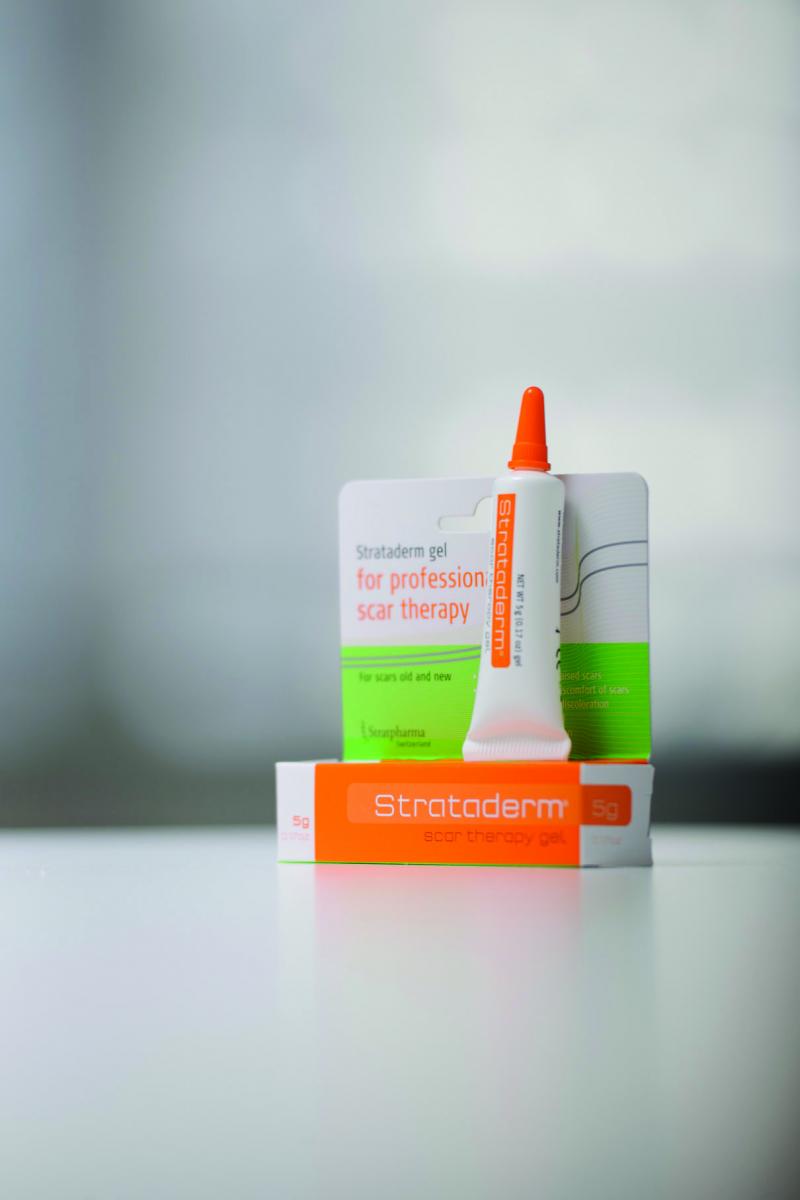 Plans to expand into other therapeutic areas are underpinned by an R&D programme that takes in Australia, Belgium, Denmark, Germany, the United Kingdom, and the US. Thanks to this research base, the launch of new products is set to intensify in the coming years. A product aimed at treating diabetic foot ulcers is forthcoming, as is one that will prevent dehydration and infection in premature babies. Indeed Stratpharma has more than half a dozen other new products under development.

“Within 18 months we will launch two new novel products, and almost two per year after that,” says Kerr.

Strategically located in Switzerland’s BioValley, a region of the Upper Rhine Valley that takes in France, Germany, and Switzerland, Stratpharma benefits from being in one of Europe’s key life-sciences regions. Its Basel headquarters allows the company to benefit from a thriving pool of well-educated graduates from the area’s universities and what Kerr describes as a “very pro-business” climate.

“There’s little red tape, administration is quite easy and taxation is good as well. It’s central within Europe and not too far from US markets. It’s a very good centre to be based in,” he adds.

There are 19 staff based in the head office, plus a further half dozen across the world. The global tally of sales representatives exceeds 500 and Stratpharma is also starting to sell direct in many key markets.

Aside from an institutional investor, SVC Ltd (www.svc-risikokapital.ch), part of the Credit Suisse group, which was with the company from its early stages, Stratpharma is “a family operation”: among Kerr’s co-founders and shareholders is his sister, Dr Amanda Irwin, while the third founder-shareholder is Luka Valas. It is no surprise then that Kerr says “family offices are quite welcome” to come on board as investors. The opportunity would suit those keen to secure a minority shareholding in a company that offers “solid growth”.

So with additional investment likely as the company lines up new products and markets, Stratpharma is heading for a prosperous second decade, its ambitious growth plans already starting to be realised.