Modern superyachts are equipped so lavishly and crewed so professionally that guests want for nothing, wherever they may cruise. As one experienced charter broker puts it: “Yachts above 40 metres are very self-sufficient – they have everything from massage therapists to Michelin-standard chefs. You take your five-star resort with you.”

So however far off the beaten track you stray, you’ll be as comfortable and catered for as it’s possible to be. As yacht owners demand increasingly challenging destinations and itineraries, skippers and their crews are happy to oblige – with charter companies providing some of the best ideas on the top out-of-the-way spots.

One major ‘explorer’ yacht will soon be heading for the Antarctic. The recently refitted 77-metre Legend is equipped with a helicopter, mini-submarine and snow scooters in addition to all the usual toys and tenders, not to mention the obligatory on-board spa and gym. “She’s a real adventure yacht,” confirms charter agent Gayle Patterson at Camper & Nicholsons. “She’ll be based in the Falkland Islands next spring, and will cruise from there to South America and Antarctica.” Then, in time for the northern summer of 2016, she’ll be heading up to Greenland.

Such a charter would be unforgettable, of course, but we don’t all have the time, or indeed the inclination, to do justice to such an intrepid expedition. That doesn’t mean you have to settle for St Tropez for the umpteenth time. According to Alev Karagulle of Burgess Yachts, there are still some undiscovered pieces of paradise hiding in plain sight, fantastic yet accessible yachting destinations which have so far escaped the crowds: “The Exuma Islands in the Bahamas are one of the best kept secrets in yachting,” she says. They were originally settled by loyalists fleeing from the American War of Independence. One of the islands is populated by semi-domesticated pigs, which swim out to visiting boats, expecting to be fed. “If you are into the outdoor life – snorkelling and swimming – they are amazing,” says Karagulle. The islands are best visited in late spring or early summer, and lie in the Atlantic just 270 nautical miles from Miami: “You can reach them on yachts based out of Florida.” 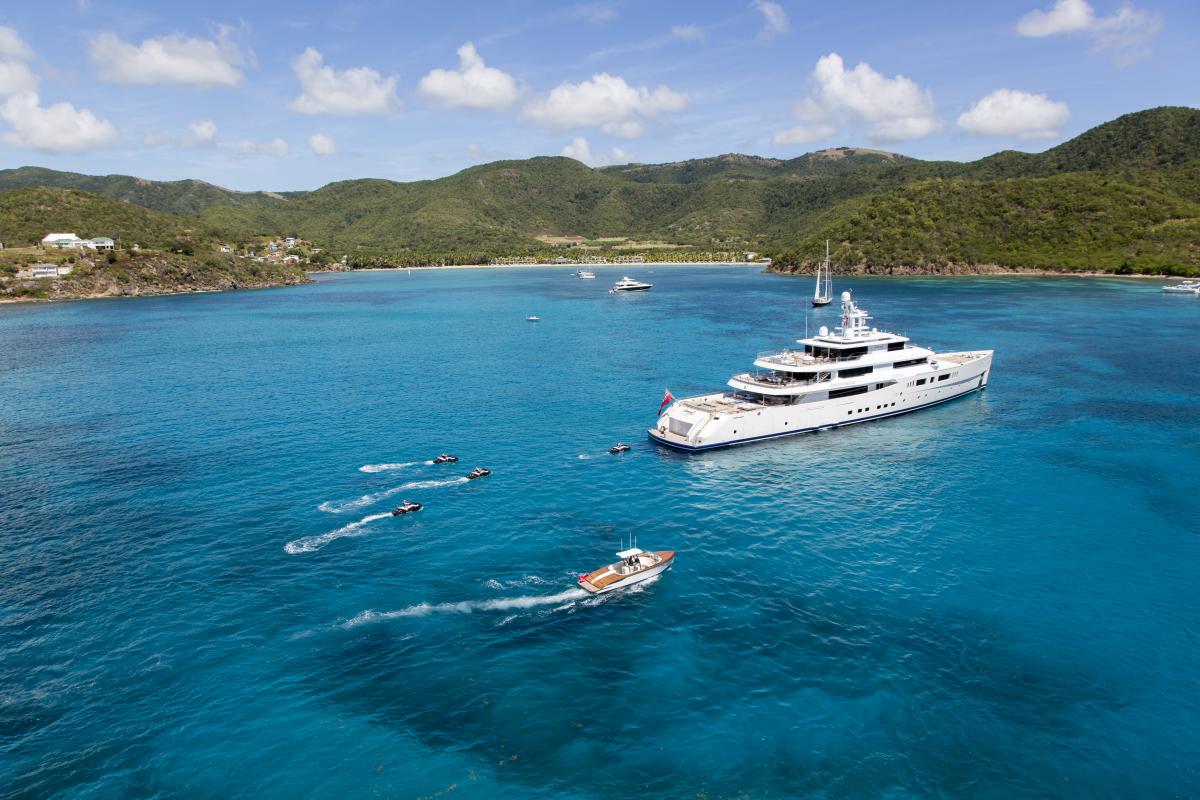 Even more surprisingly, the Balearic Islands can hardly be said to hide, in plain sight or otherwise, but they have only recently become a top charter yachting destination. “They relaxed regulations on chartering last summer,” Karagulle explains. Foreign-flagged yachts can now operate from there, rather than having to make the long crossing from France. “So there was a massive influx of yachts into the Balearics. Ibiza seemed to be the ‘island du jour’- not just for the clubbing scene and nightlife, but because it is a beautiful island.” Indeed, from rocky Cap de Cavalleria on the northern tip of Menorca to the remote beaches of Formentor in the far south, the island chain is a jewel of European cruising, offering the yacht-borne holidaymaker everything from crystal clear water in unspoilt coves to spectacular coastal scenery. There is culture too, and some of the best seafood in the Mediterranean. With its ancient cathedral dominating the waterfront, Palma is rivalled only by Barcelona among Spain’s ancient maritime cities, while over on Menorca the historical centres of Mahon and Ciutadella retain an effortless, unspoilt charm, and all no more than a couple of hours away from most European capitals.

Enjoying similar proximity but a somewhat wilder style, a cruise along the glaciated coastline of northern Norway combines understated Scandinavian culture and cuisine with some of the most spectacular scenery in the world. Managed by Ocean Independence, the 43-metre Daydream is a comfortable yacht for up to ten guests which is becoming well known among the remote Norwegian harbours of the Arctic. Her captain can put together an itinerary which involves a helicopter trip to ski on the Jostedalsbreen Glacier, salmon fishing, a RIB safari to find the puffins of Runde, a cruise up the spectacular Geirangerfjord, a stopover at the Art Nouveau town of Alesund – completely rebuilt in the distinctive style after a fire in 1904 – and even an evening or two at the renowned Molde Jazz Festival.

The quality of the light in the far north of Norway is legendary, and the endless daylight has attracted artists for centuries. A solar-themed trip of a different order is promised on board Lamima, which is often seen cruising in one of the best places from which to witness next year’s total eclipse of the sun: the Indonesian archipelago of Raja Ampat, which lies just off the western tip of West Papua. “It’s an absolutely stunning area,” asserts Camper & Nicholsons’ Patterson. “And Lamima is a spectacular sailing yacht: 65 metres long, built of wood to an indigenous Indonesian design. She’s pretty special.”

Raja Ampat is an archipelago of more than 1,500 islands which hosts a similar number of fish species, along with many hundreds of different corals and molluscs. The area is world-renowned for the rich biodiversity of its reefs and lagoons, in the same way as another important body of water, on the other side of the Pacific Ocean: the Sea of Cortes. The vast gulf on the western coast of Mexico – also known as the Gulf of California – is home to numerous endangered species including the rare vaquita porpoise, manta rays, leatherback turtles and resident populations of whales. It measures some 600 nautical miles from top to bottom, and offers some of the most unspoilt and remote cruising on the planet.

“The Sea of Cortes was called ‘the aquarium of the world’ by Jacques Cousteau, because of its rich sea life,” says Ana Carolina Westerman, at the Mexico City office of charter specialists Edmiston & Company. “I think one of the great things about doing a trip there is that the crew know where to go fishing for your lunch: clams, scallops, marlin, sawfish or dorado. They can also buy fresh lobster from local fishermen.”

Edmiston has several yachts on its books based in the Sea of Cortes, ranging from 30 metres up to 50 metres, and itineraries generally focus on the magnificent chain of islands that runs along the inner shore of Baja California, from Isla del Carmen in the north down to Espiritu Santo. Guests can explore the intricate coastline by canoe, swim with sea lions, spot whale sharks, pelicans and osprey, and eat dinner on a deserted beach cooked over an open fire. “Doing a trip in the Sea of Cortes is all about enjoying nature at its best,” says Westerman. “And most of all you get to enjoy all this surrounded by the people you love.”

Put like that, taking your superyacht or chartering one and sailing off over the horizon sounds pretty straightforward: if you have the funds, the holiday of a lifetime is there for the asking. But don’t rush into it: even the most iconic destination can fail to come up to expectations if you haven’t done your research. Burgess’s Karagulle has a cautionary tale. “For about seven years we had a 40-metre yacht based out of Cairns,” she recalls. The chief attraction is its proximity to Australia’s fabulous Great Barrier Reef - one of the world’s great wildernesses, and an internationally important ecosystem. The Reef, of course, is some distance offshore, and its very isolation used to catch some guests unawares: “You feel like you’re on the edge of the world,” says Karagulle. “You can’t see the shore, and you can’t see the reef below you. It freaks some people out. It’s a great cruising ground for hard-core divers, but it is very remote. One high-profile client in the fashion industry did a Great Barrier Reef charter, and he left early.” It was a charter too far. As Karagulle says: “The Whitsunday Islands, further south, are more user-friendly. There is more boat traffic there – they have the beaches.”

So however alluring the brochures might look, it pays to think your destination through. There are times when we all believe we want to get away from it all – but we might not want it to be literally true.