Peering up: opportunities for family offices in peer-to-peer lending When British entrepreneur Alex Corbett, 35, left his bar job in London to start a pizza delivery business the world felt like his oyster. Corbett, who had added a pizza oven to the back of his Land Rover for the venture, visited several banks in the hope of securing funding, only to be offered rates that would turn a pizzaiolo’s stomach. Instead, he took a punt on peer-to-peer lender Ratesetter. A week later he had a £60,000 ($91,500) loan and a competitive repayment rate. Today, Corbett’s business Pizzarova has delivered more than 20,000 pizzas and the entrepreneur is well on his way to paying off the loan.

Ratesetter boasts that, since it launched in 2010, investors have lent £585 million and “not lost a penny”. In the last year alone, the peer-to-peer sector’s two biggest players, Lending Club and Prosper, both based in the US, have seen growth rates of 200% and managed more than $1.6 billion in loans. Some forecasters estimate the global industry could grow fivefold in the next three years alone. The timing is far from a coincidence.

Seven years after the global financial crisis, banks remain reluctant to lend to small and medium-sized businesses (SMEs), despite the best initiative of governments to boost the availability of capital. In the US, bank lending to SMEs sits around $47 billion below pre-crisis levels, according to equity crowdfunding firm Trade Up, while the Bank of England has recorded a £7.7 billion drop in lending in the first half of 2014.

Stepping in to fill the gap are alternative finance providers, such as the aforementioned Lending Club and Prosper, providing credit for individuals and small businesses. These platforms enable unrelated individuals to lend money to borrowers without the use of an official financial institution such as a bank. Loan duration typically lasts between three and five years. At Ratesetter, investors can earn up to 5.8%, while borrower loan rates start at 7.3%. To buffer the risk of default, which sat at a rate of 0.83% in 2014, the peer-to-peer lender has created a provision fund.

The name peer-to-peer implies a contract between individual borrower and individual investor, however, according to financial risk news and analysis publication Risk, many institutional investors are taking advantage of the returns. “During the last quarter [of 2014], almost 60% of the $1.1 billion in loans originated on California-based Lending Club were snapped up by asset managers, banks, hedge funds, insurance companies, pension funds, and family offices. At Lending Club’s main competitor, Prosper, 66% of loans went to these same types of investors.”

Lending Club and Prosper have not missed the dynamic change. The two peer-to-peer platforms have already introduced individual accounts for wealthy investors that target specified criteria, primarily credit scores and income levels. Lending Club has also introduced two funds for investors with a net worth that exceed $1 million. That initiative allows financial institutions, wealth managers and family offices to invest in a selection of its most sought-after loans.

Peer-to-peer lending started in the UK, with Zopa founded in 2005, but has since expanded to China, the United Arab Emirates and beyond. Borrowers aren’t just small businesses, some platforms help individuals pay credit card bills, others help with student loans. And because these platforms have very few overheads, both borrowers and lenders are receiving rates that exceed those offered by banks.

At industry leader Lending Club, the average rate of return for investors on a “grade A” personal loan is about 7.6%, after the firm has charged 1% of earnings, while the average on a the higher risk “grade G” is about 25%. By comparison, the yield on a 10-year treasury bond in the US currently sits at 2.16%. Both peer-to-peer lending and high yield bonds have a comparable default rate of around 4%-5%, except peer-to-peer lenders are more likely to explicitly highlight loan defaults. 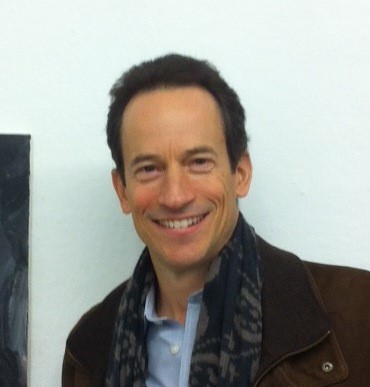 Despite strong returns, few families of wealth have recognised peer-to-peer lending as a viable asset class, according to Etienne Boillot, founder and CEO of single family office Shepherd Capital. The Luxembourg-based family office of Yves Saint Laurent co-founder Pierre Bergé is one of the few getting seriously involved. Boillot believes that a portfolio of peer-to-peer loans is one of the only ways to get a meaningful return from the fixed income market today.

“The alternative finance sector has become our largest position and probably represents around 40% of our liquid assets,” explains Boillot, who is an active participant in the peer-to-peer markets of the US, UK, France, Spain, Italy, and Africa. “It’s unusual in the sense that our largest allocation is to an asset class that very few people know about, but today I would much rather own a portfolio of Lending Club loans than one of CCC bonds.”

Boillot admits there is an element of risk in the fledgling industry, but recommends working with established platforms and paying attention to tax and regulatory issues to minimise this.

Better the devil you know?
Yield, cash flow, liquidity, and diversification are the reasons family offices should invest, according to Boillot, who recently launched a new asset management firm Eiffel eCapital in a bid to introduce institutional investors and families of wealth to the sector. “There are a lot of details that one has to master prior to plunging in, which is why people like us are opening up our vehicles to other investors, but if you can get it right then family offices can expect steady returns.”

US-based peer-to-peer asset manager Ranger Speciality Income Fund already has a handful of family offices on its books. Group partner Bill Kassul says the average family office investor has around $2 million, adding that yield is the main reason they are investing in this asset class. “Another attractive aspect is that they have flexibility in how they receive monthly distributions,” Kassul explains. “They have the option to either receive principal and interest, interest-only or to reinvest the entire amount. They can change this option monthly to suit their lifestyles.”

Education is preventing family offices from achieving the best rate of interest, Kassul says, adding that many have not grasped the importance of diversifying their loans. “In the past, there was a heavy concentration on unsecured consumer loans but family offices are finally realising that the best way to diversify risk is by creating a portfolio that contains loans from different lending categories (i.e. consumer, small business, real estate, specialty finance), different durations and different loan structures,” Kassul explains.

Archive history from peer-to-peer data analysis site Nickel Steamroller suggests that there have been 109 historical defaults for “A-grade” borrowers with more than 10 years of employment and no late payments on Prosper. Shepherd Capital’s Etienne Boillot cautions: “Essentially you are investing in unsecure, untraded, small loans that are always at risk of default, particularly if unemployment rates go up or the economy falls into recession.

Zopa and Ratesetter are among the few peer-to-peer lenders that offer reserve funds to protect consumers against losses. These funds currently sit around 3-4% of outstanding loans – considered sufficient for today’s climate, but may not be enough to cover defaults should the UK’s economy hit another downturn. Regulators require US and UK peer-to-peer platforms to have a backup provider to manage loan agreements in the event of insolvency. 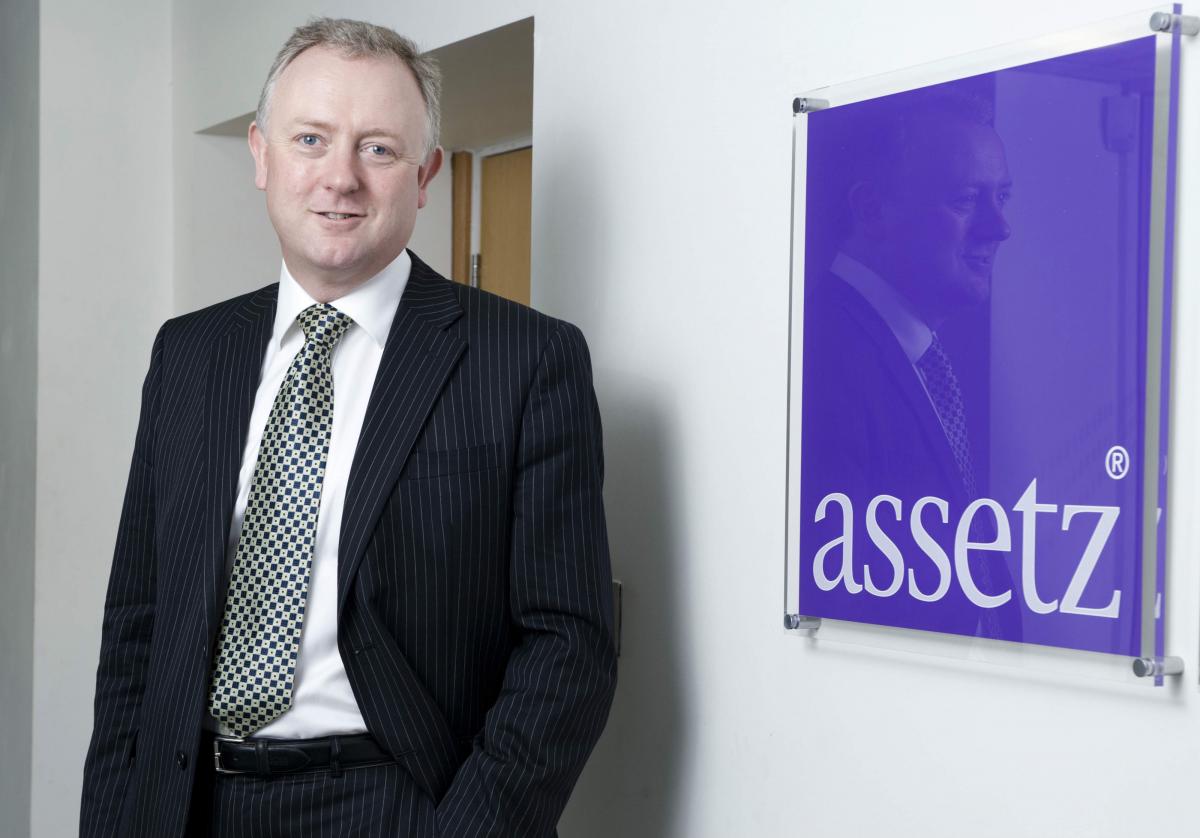 Discrepancies in regulation between countries mean it is important to judge each market on its own terms, says Stuart Law, chief executive and founder of Assetz Capital. “There are many different countries across Europe where peer-to-peer regulation is at varying stages of development, and that increases the risk that further regulation could close a platform,” he explains. “From an investment perspective, I’d say the UK and US are the best markets to invest in because they have the most developed regulatory systems.”

The Financial Conduct Authority (FCA) in the UK has gone to great lengths to ensure peer-to-peer legislation encourages industry growth and consumer protection. While consumers now feel better protected (the industry was unregulated before April last year), peer-to-peer platforms remain at risk of going under, such as Yes-secure, which closed in March last year.

In contrast, the alternative finance sector in the US is governed by half a dozen regulatory bodies, including the Consumer Financial Protection Bureau and the Federal Communications Commission, which have hampered competition by basing the current system on existing state and federal legislation. China alike has not managed to crack peer-to-peer regulation and is a dizzying cocktail of risk and opportunity, according to media reports. There are thousands of different platforms with exceptional growth rates, but many fold every month.

Not all regulation is beneficial for the industry, according to Law, whose lender is UK-based. “Regulation is going to make it more difficult for peer-to-peer lenders to hire new staff and to promote themselves,” Law explains. “There is also a danger that complex legislation could prevent new firms from entering the market. While I believe that, on the whole, regulation is good for the industry, my feelings are largely dependent on how proportional it is to the scale of the industry.”

Family offices’ typically risk-averse nature means that very few have gambled on the industry, but Law says things are beginning to change. “We’ve had a lot of interaction with family offices and they take their time to evaluate the market because it is relatively new,” Law says. “Zopa was only set up about eight years ago and family offices and funds hadn’t really clocked it until the beginning of last year.”

Peer-to-peer pressure
Back at Shepherd Capital, Etienne Boillot says increasing interest from financial institutions has left very little room for investment. “At the moment there are access issues. The market is comparatively small and the best platforms restrict access. So if you were to call up Lending Club today and say that you’d like to lend on their platform at scale they’d probably say, ‘well thank you very much, but take a ticket’. There’s a long queue in front of you, and that holds on any scale.”

Assetz Capital’s Stuart Law agrees, adding: “I think by the time family offices begin to wise up to the benefits of the peer-to-peer industry, I fear that the capacity to accept money may have dried up. You already see this happening in the US. My forecast is that all the big players in the UK will be full or at institutional capacity by the end of this year.” 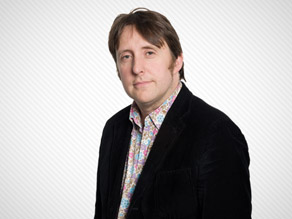 However, David Stevenson, executive director of news and analysis service AltFi, says that family offices don’t need to look far to find ways of deploying capital. “The origination of loans may be a top priority for the big three in the UK but origination of investors is the priority for the rest. And these players in the next tier include fast growing smart players who absolutely would warrant attention,” says Stevenson, adding that family offices should stick to the UK and US for the short term as many European platforms remain sub-scale.

So how does the industry hope to grow if all the major players have hit institutional capacity? In the UK the government is offering retail investors tax advantages in the peer-to-peer sector through its Individual Savings Account (ISA) scheme.

Stevenson says this retail money will be a boost to the sector, but cautions there could be some bumps in the road ahead. “My sense is that a big blow up will come within the next two years as business slows down, and defaults pick up. But the space will emerge strongly from this inevitable ‘winnowing’ out of propositions,” he says. “I also predict that the issue of loan origination will be cracked by the two big consumer platforms Zopa and Ratesetter as they deploy their capital on marketing and brand awareness.” 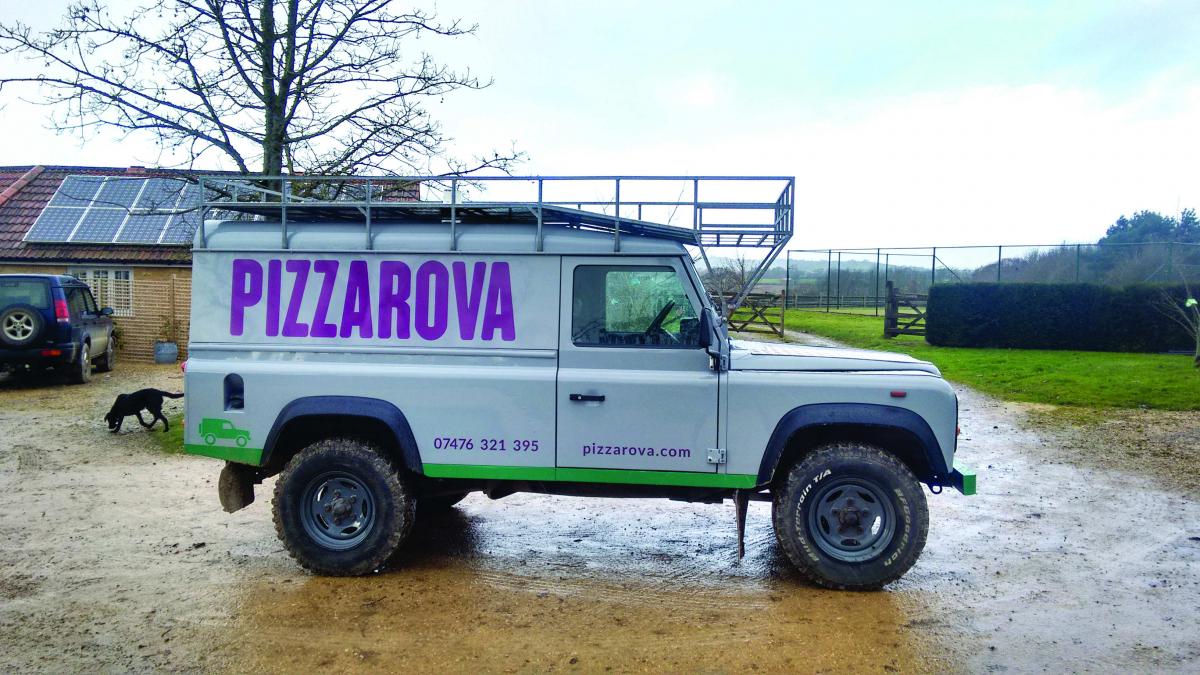 While there remain many risks for family offices looking to invest in the peer-to-peer sector, Stevenson sums up the importance of the industry in a single sentence: “It’s the future.” Capital-hungry entrepreneurs, like Pizzarova’s Alex Corbett, are sure to agree.