In a call to action for US companies made this time last year, Bill Simon, president of Walmart, promised to bring manufacturing back to the United States. He pledged that within 10 years, $50 billion in goods would be “reshored”, creating thousands of jobs, lifting the economy, and giving a boost to national pride. When the largest family business in America – held by the second generation of the Walton family – talks, America listens.

Already, many large American public companies are taking action – General Electric has pledged to create 150 new jobs to produce energy efficient light bulbs at a new plant, exclusively for Walmart. Apple will create 200 jobs by reshoring the assembly of certain parts of its MacBook Pro in Texas. Menswear giant Brooks Brothers has already brought back 70% of its suit manufacturing from offshore locations. 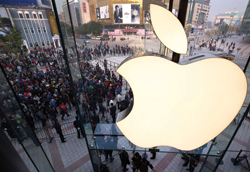 The macroeconomic reasons for this recent resurgence in US manufacturing have been well documented. In early 2013, research firm Alix Partners noted that the US had reached cost parity with Mexico as a manufacturing location. The firm also estimated that by 2015, the US would be equal with China, meaning it would not necessarily cost US companies any more to keep manufacturing at home than it would to move it offshore to traditionally low-cost locations. Meantime, the Boston Consulting Group predicts stagnant US wages and lower energy costs could deliver up to five million new jobs by 2020, due to increased demand for US exports. 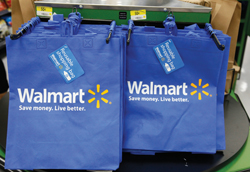 As well as simple economic pride, there are increasingly strong business reasons for reshoring – factors which often apply just as much, if not more, to family businesses than other types of organisations. Wages are rising in many once low-cost manufacturing environments, customers are demanding shorter lead times yet long-distance shipping is getting evermore expensive, consumers are becoming more discerning while quality control is harder to achieve when your manufacturing plant is on the other side of the world.

Families front-and-centre
As is often the case with new business trends, family businesses have found themselves at the fore of this new manufacturing paradigm because of their centralised decision-making frameworks and ability to move quickly.

New York-based Louis Hornick & Co, a fourth-generation business estimated to have revenues of more than $100 million, announced in October that it will open a new facility in Allendale County, South Carolina, to bring home the manufacturing of window coverings and home textiles. The $2.5 million investment by the Hornick family’s firm is expected to generate 125 new jobs over the next three years.

“Every aspect of this venture is geared toward offering the most options to our retail partners and manufacturing the highest quality products the American consumer demands and deserves. We aren’t just building a facility, we are moving to South Carolina,” says Louis Hornick III, chief operating officer.

The company has specialised in producing curtains and draperies for 96 years. “With our new facility we are not only cost competitive with China and India, but we reduce our lead time by 50%,” says Hornick of the decision to reshore. “Our put-through time ensures an out-of-stock item, from unforecasted demand, is back in stock within the week.”

“Louis Hornick’s decision to open a factory in South Carolina shows that revitalisation of US manufacturing is possible,” says Michelle Gloeckler, senior vice president of home ware at Walmart. “This is a great illustration of what can be accomplished when business leaders, government officials and companies work together.”

Often it is harder for big listed companies to reshore when the business is preoccupied with quarterly results and has large-scale overseas operations, says Harry Moser (pictured right), founder of lobby group the Reshoring Initiative which aims to convince companies to bring manufacturing back to the US. “Family businesses are more agile in their decision-making and can think further into the future. They are also more concerned with community issues,” he says.

A small piece of the bigger picture
While much of the recent media attention surrounding reshoring has concentrated on large manufacturers of finished products, like cars, white goods and laptops, Moser notes that many family businesses manufacture components that are incorporated into larger products. He believes that this is where much reshoring can take hold in America.

“It is often at the component level where the US can begin to compete better on price and quality with countries such as China, where wages are increasing and there is less attention to quality,” says Moser. “These days, reaction time, innovation and proximity to customer is all-important.”

One example of a successfully reshored component manufacturer is Morey Corporation, a 78-year-old electronics parts maker, which had a quality issue with a Chinese component. Instead of going elsewhere overseas, the company – with estimated revenues of $100 million to $500 million – looked locally to where it is headquartered in Woodridge, Illinois. As a result, a company spokesman said the quality problem was fixed, inventory requirements were cut by 94% and sales increased considerably. At the same time, the Morey family’s third-generation business was able to increase its manufacturing workforce by more than 100 jobs.

Another family business to reshore component manufacturing is WC Bradley, a sixth-generation privately-held company, founded in 1885 and still run by Bradley’s heirs (the Turner, Butler and Corn families). Its Lamplight division (based in Menomonee Falls, Wisconsin) joined Columbus, Georgia-based WC Bradley in 1998. Lamplight produces outdoor torches, wax candles and indoor oil lamps. Until this year it built all its prototypes in China but has since brought production back to Wisconsin by investing in a $22,000 3D printer.

Ron White, director of engineering at Lamplight, says the in-house prototyping costs a little more than using Chinese prototypes, but the quality is better and the close proximity to the firm’s engineering and design teams brings time and creativity benefits.

“Prototypes from China sometimes looked like they came back whittled by hand,” says White. “More often than not, it took two to three – sometimes half a dozen times – to get it right.”

Other family businesses have made reshoring decisions based on social responsibility considerations. Lighting manufacturer Leviton Manufacturing Co, made the decision to reshore from China to Bothell, Washington, for predominantly environmental reasons.

Headquartered in Melville, New York, and in the hands of the fourth generation of the Leviton family, the firm has 6,500 employees across 80 countries and an estimated turnover in excess of $1 billion. Chief executive Donald Hendler and chairman Stephen Sokolow (both sons-in-law of second-generation Harold Leviton, the famed lighting industry innovator who ran the company until his death in 2007) say the move reduced waste from shipping, allows them to utilise machines that use cleaner energy than those in China, and is generally more efficient.

From a business perspective, the brothers-in-law say their cost-benefit analysis showed no loss of competitive price advantage in the move. Time to market, freight cost, rising wages and lower quality in China, all made the move back to the Pacific Northwest viable.

“By bringing production back to our Bothell plant, we are able to improve energy efficiency, streamline our supply chain and ensure greater quality and delivery for customers around the world,” says Tim Lockard, director of operations for network solutions at Leviton. “This move further demonstrates Leviton’s commitment to supporting the resurgence of manufacturing production in the United States.”

Decidedly local
Other firms have looked at offshoring but decided to remain steadfastly local for reasons typically family and community orientated. Terryberry, a Grand Rapids, Michigan-based provider of employee recognition items, is still family owned in its fourth generation. With revenues of around $50 million, while it has more than 25,000 clients worldwide and locations throughout North America, Europe and Australia, it has kept the bulk of its jewellery production in Grand Rapids (pictured above).

“Over the years we’ve looked at offshoring but it has not made sense to us,” says Mike Byam, managing partner and descendent of Herbert Terryberry, who founded the company in 1918. The firm started out producing class rings for regional high schools and in the 1920s made the decision to move manufacturing from the East Coast to western Michigan so that it could better monitor quality. As the company transformed into producing service awards, sales achievement rings and lapel pins, that desire to keep manufacturing local persisted.

But finding people locally with the necessary skills has been a challenge, so Terryberry has invested a lot of time in hiring and training up specialists. The result has been a deeply committed workforce, with many employees remaining with the company for decades.

“Through remaining local we have been able to achieve a high consistency of quality and a deep level of employee knowledge,” says Byam (pictured right). “Keeping our manufacturing in the US gives us great benefits when it comes to quality, turnaround of production and service to our customers. Employee recognition items are a time-sensitive sale of mostly customised products. If we relied on production outside the US we may struggle to deliver to deadlines.”

Whether it be choosing to move production back to the US, or deciding to forgo offshoring, manufacturing in the US looks set to continue its recent renaissance. As well as cost, the primary reasons for this resurgence seem to revolve around issues of quality, consistency and community – three elements widely valued by family businesses of all shapes and sizes.