Some of France’s best-known business families have pledged to donate €500 million to help reconstruct the Notre-Dame Cathedral after a devastating fire tore through the historic structure, causing significant damage. Some of France’s best-known business families have pledged to donate €500 million to help reconstruct the Notre-Dame Cathedral after a devastating fire tore through the historic structure, causing significant damage.

In a statement on Twitter, the Arnault family, owners of luxury group LVMH headed by French billionaire Bernard Arnault, pledged €200 million ($226 million) to help with the restoration efforts.

“The Arnault family and the LVMH Group, in solidarity with this national tragedy, are associated with the reconstruction of this extraordinary cathedral, symbol of France, its heritage and its unity,” the statement said.

The Arnault family, which Forbes estimates is worth $91 billion, also offered the design and architectural resources of LVMH group to the restoration of the cathedral.

In a statement on Twitter, second-generation François-Henri Pinault (pictured right), president of Kering Group and Artemis, said: “My father [François Pinault] and I have decided to release from Artemis funds, a sum of €100 million ($113 million) to participate in the effort that will be necessary for the complete reconstruction of Notre-Dame.”

French luxury and cosmetics group L’Oreal, along with the Bettencourt Meyers family and the Bettencourt Schueller foundation, said they would donate €200 million ($226 million) in total for repairs.

Henry Kravis, co-founder of private equity group KKR and his wife Marie-Josée Kravis, announced they planned to donate $10 million towards the rebuilding.

Meanwhile, Bernard Charlès, chief executive of Dassault Systèmes, part of the aviation and software giant founded by French Industrialist Serge Dassault, took to social media to express his grief over the fire.

“My heart is filled with sadness,” Charlès tweeted.

“Notre-Dame de Paris on fire. Our history and values shared by so many in the world who share our pain.” 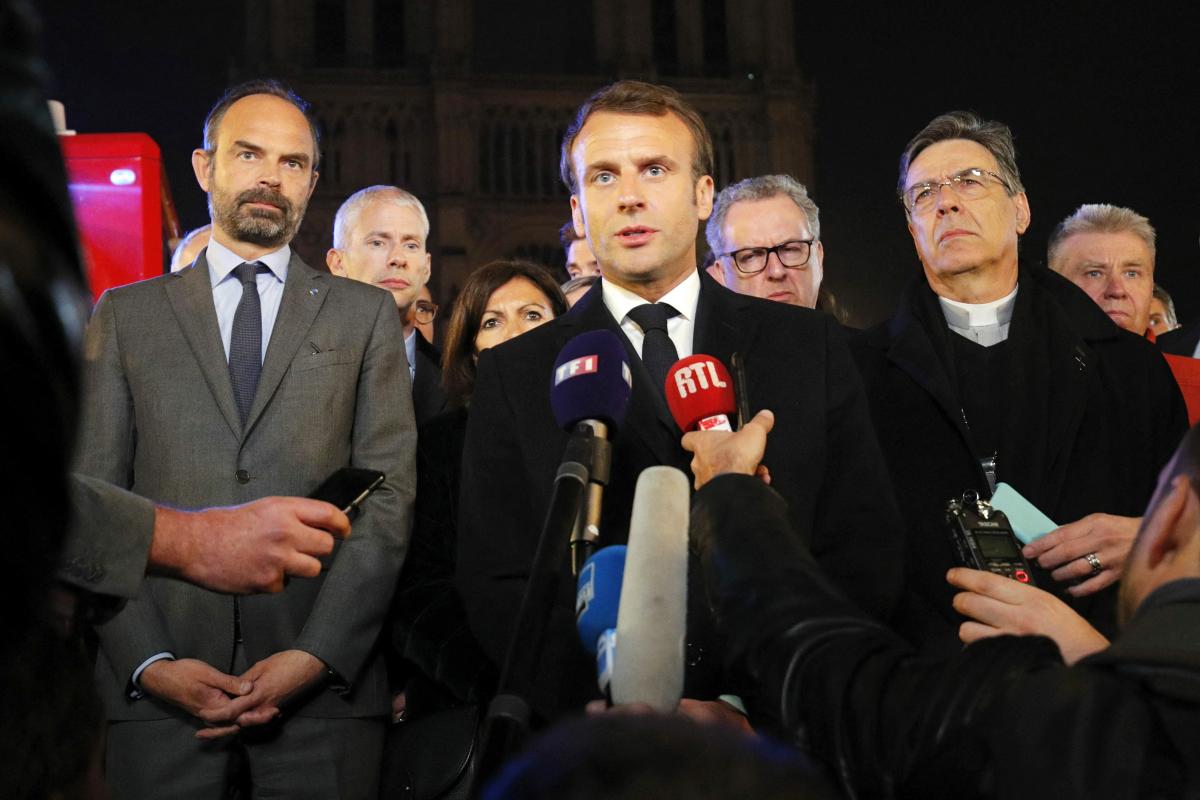 The fire, declared fully extinguished by the Paris fire brigade 15 hours after it began, tore through the 850-year-old building’s roof, causing its spire to collapse. Firefighters working through the night were able to save the cathedrals main stone structure, including its two towers.

French president Emmanuel Macron (pictured) vowed to reconstruct the historic building, and offers of help with the reconstruction have also poured in from around the globe.