Eye on the social enterprise

Setting out to do good with your career is no longer just the realm of the charitable sector. Jessica Tasman-Jones spoke with social entrepreneurs from business-owning families trying to tackle the world’s ills one by one – and making financial returns while they’re at it Setting out to do good with your career is no longer just the realm of the charitable sector. Jessica Tasman-Jones spoke with social entrepreneurs from business-owning families trying to tackle the world’s ills one by one – and making financial returns while they’re at it

“I sort of call Seventh Generation my older sibling because we were born around the same time,” quips Meika Hollender, who admits she must be among the earliest second-generation social entrepreneurs. “It was a very defining part of our family and who we were.” Her father is Jeffrey Hollender, who co-founded Seventh Generation in 1989, which produces sustainable, chlorine-free cleaning and toiletry products. Hollender admits she grew up in a bit of a bubble when it came the business world (her father is also co-founder of the American Sustainable Business Council). In 2006, when the father-daughter pair co-authored a book, Naturally Clean, about the household cleaning products industry, Hollender really began to realise what an anomaly Seventh Generation was when it came to social and environmental responsibility.

While Hollender, 28, admits she has been inspired by her father’s sustainable take on business, many from her generation are trying to finding purpose in their careers no matter what their parents’ business pedigree. Personal or moral values are the most important factor the Millennial generation (those born between 1980 and 2000) takes into account in workplace decision making, Deloitte’s Millennial Survey 2016 found. This is being reflected in the start-up world too. The State of Social Enterprise Report 2015 found the growth of new social enterprises in the UK is three times that of mainstream SMEs.

Hollender and her father joined forces again in 2013. Their social enterprise Sustain Natural manufactures condoms and other sexual health products from environmentally-friendly materials while marketing them to women. In the US, 20 million women lack access to reproductive healthcare and family planning services, a quarter of female college freshmen contract an STD in their first year, and half the country’s pregnancies are unplanned. Hollender knows that most parents don’t even want to talk about the birds and bees, let alone partner with their daughter in the condom business. “It’s the number one question everyone asks, but I think part of what we want to show is an example of having these open conversations between parents and children.”

Sustain just went through its Series A funding round raising $2.5 million, but Seventh Generation, where Jeffrey Hollender was chief executive until 2009, today has revenues of more than $300 million. Most social enterprises are in their infancy; a report by the Global Social Entrepreneurship Network (GSEN) found three quarters of members were less than 10 years old. A report by Aspen Network of Development Entrepreneurs and Village Capital found fewer than 10 out of 300 African impact investment funds invested at less than $250,000 per company.

Finding investors that aligned with the company’s goals was important for Hollender, a graduate of NYU’s Stern School of Business. “My goal for this round was to get women who were passionate about these issues whether it was female equality or sexual health or reproductive rights. It took a little bit longer than it probably would have if I didn’t have that as part of our mission for this raise.”

Business schools are adapting to this new generation of entrepreneur. Oxford University has the Skoll Centre for Social Entrepreneurship, and US hedge funder Bill Ackman backs a social enterprise scholarship at the university. In February, John Hennessy, the president of Stanford announced the launch of a $750 million scholarship programme, modelled on the Rhodes Scholarship and aimed at turning out a group of elite leaders each year committed to tackling some of the world’s most pressing problems, from climate change to healthcare. The scholarship received $400 million in backing from Philip Knight, who co-founded Nike. At Stern, Hollender was co-president of the Social Enterprise Association. There is also the Hult Prize, supported by the Clinton Global Initiative, a case study competition for social enterprise students with a prize of $1 million. 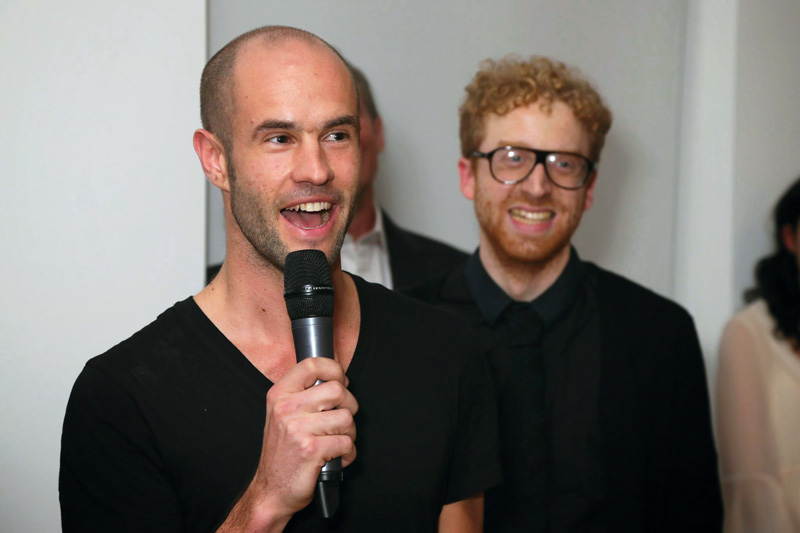 Cameron Saul, 34, hadn’t even heard the term social enterprise when he created the Bottletop Foundation in 2002. He set it up with his father Roger Saul, founder of leather goods business Mulberry, now a luxury UK brand with revenues of £149 million ($216 million). In Uganda, where Saul had volunteered for his gap year ahead of his business degree at King’s College London, he chanced upon a handbag crafted from bottle tops sold at the local market. It would become the inspiration for a collaboration with Mulberry – one that would provide employment for artisans in Africa, while profits went back into local education initiatives. “There was only traditional business or charity, and you were either in one box or the other.”

The design became Mulberry’s bestselling that season. Several years later publicity for the brand gathered steam again when the mother of co-director Oliver Wayman discovered a chain mail bag in Brazil made from recycled aluminium ring pulls reminiscent of 1970s Paco Rabanne. “It was the discovery of this local craft technique that got us excited to develop a whole new collection and train local artisans in this community in Salvador,” Saul explains. In 2012, the brand transitioned into a social enterprise, while the foundation remained in place to focus solely on health education and vocational training causes.

“Before that, as a purely grant-giving UK charity, we had to raise money to support ourselves to exist, as well as raise money to give as grants and donations to these wonderful health education projects,” Saul says. The social enterprise’s administration and operational costs are now fully funded by revenues from the business. In 2014, the company collaborated with US fashion designer Narcisso Rodriguez and a year later it released a collection with DKNY. The company isn’t in profit yet, but will return a percentage of its profits as grants and donations in the future.

“The generations coming through realise that business is driving the world, business is what really moves the needle, and therefore business has a responsibility to be doing the right thing,” Saul says. Fashion is currently the second heaviest polluter after the oil and gas industries, and fast fashion has a particularly poor record when it comes to labour conditions within its supply chain. The collapse of Bangladeshi garment factory Rana Plaza, which killed 1,129 workers, is one of the most visible examples of poor standards within the industry. But Saul hopes Bottletop will become the world’s leading sustainable luxury brand. Fronted today by Brazilian model Lais Ribeiro, Bottletop has been endorsed by supporters ranging from Kofi Annan to Jessica Alba and has just launched a zero-deforestation leather collection at UK department store Selfridges.

Rather than create a new enterprise, Coralie Zaccar, a third-generation family member of Lebanon’s Commercial Insurance, saw an opportunity to do good within her own family business. The business and finance graduate had been working at consultancy Booz & Company when, in 2009, she saw the chance to run a market research and feasibility study into microinsurance through a grant from the Bill & Melinda Gates Foundation. The family business launched several products in a one-year pilot scheme.

“There was so much to be done for so many lower income individuals with such diverse needs we thought we needed a dedicated microinsurance department. Firstly for to accommodate for their needs and secondly because it involved a whole different way of working than traditional insurance,” Zaccar explains. Similar to microfinance, created by Muhammad Yunus, microinsurance caters to segments of society on the lowest incomes. “It’s not like traditional insurance where you just sell the same car insurance for all. They have their different problems. You know an artist is more worried about losing his voice, a microfinance borrower is worried about household savings in case of death,a refugee is worried about being able to go to hospital, a local NGO is worried about being able to cover its farmers against natural hazards ... So you really have to think about, how you can help them solve their problems in an affordable way.”

The family has committed to the new division of the business in a way that external shareholders may not have, Zaccar explains. “They were able to share the same passion and look at it in the same way I did with a long-term vision. In the beginning we were not sustainable, and there wasand still is a huge investment in the consumer education side.” 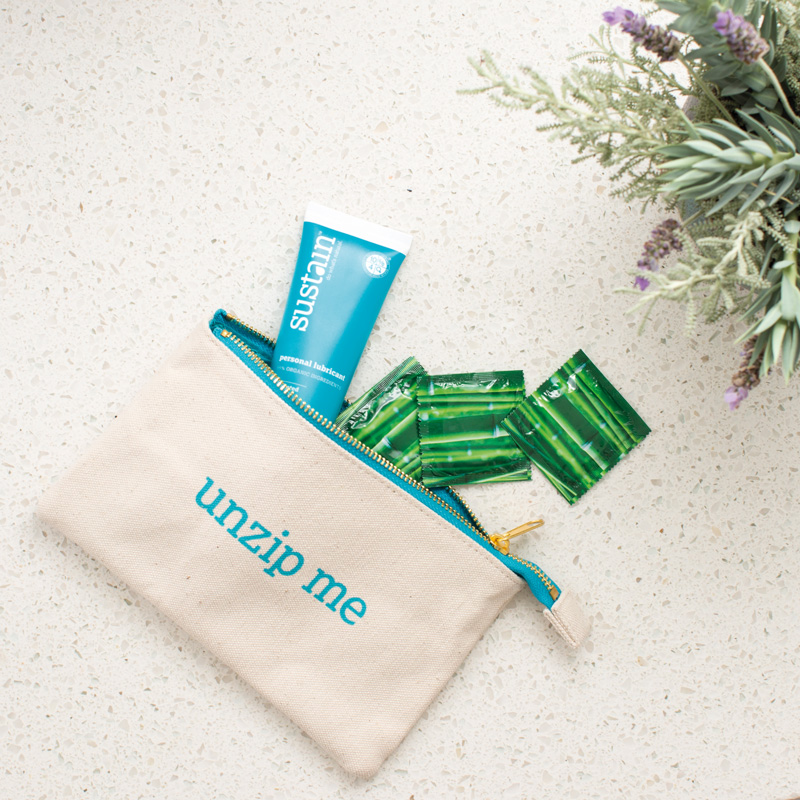 Commercial Insurance’s microinsurance division works with policy holders inLebanon, Iraq and soonPalestine – countries which are deemed too risky even for some NGOs. “We really wanted to start in a difficult country where they would really need us, rather than choosing to go to wealthier countries where we would have less impact,” Zaccar explains. Furthermore, she says the countries share a language and culture similarities with Lebanon – not to mention a history of war and conflict. Her father, Commercial Insurance chairman Max Zaccar, committed himself to remain in Lebanon even when local turmoil made it unsafe. “He always said that in this industry we have to be there for people when they will really need us(insurance).” Zaccar says that inspired in her a sense of giving back to the community.

Unfortunately, not all social entrepreneurs have such a thorough understanding of the causes they are trying to work within, says a new report by Daniela Papi-Thornton, deputy director of the Skoll Centre for Social Entrepreneurship. Media hype and other accolades have incentivised many graduates to want to become social entrepreneurs even though many do not have a clear understanding of the problems they want to solve, Tackling Heropreneurship states. Papi-Thornton says she committed a lot of the mistakes she discusses in the report herself. Starting in 2005, she spent six years in Cambodia establishing an education and leadership charity – despite the fact she didn’t speak the language or know about the local educational system.

Her mistakes aren’t unique. “I watched many educational institutions and funders give money to young, wealthy foreigners, like myself, to go abroad to try fixing problems they didn’t understand. It would be better if those same people went abroad to learn about a problem first, before trying to solve one.” The Skoll Centre for Social Entrepreneurship now only provides business start-up funding for graduates who have direct experience of a problem, or have gained a substantial understanding by working with it first hand. Further funding is available for students to “apprentice with a problem,” a term used at the Skoll Centre for funding to be used towards research, internships, and learning trips.

Rather than starting a new venture, some graduates’ talents might have higher impact within an existing social enterprise or even in government, in big business, or charity, Papi-Thornton points out. “We’re opening the spectrum much wider for those with good intentions. There’s no hierarchy that says you have to be a founder in order to do the most good and, with your unique skills and your unique experience, you might be able to do a lot more good in a whole host of other roles.”