The Musgrave Group capped three consecutive years of profit growth, up 9% year-on-year before tax to €80 million ($96 million), by winning the Top Family Business Award at the gala ceremony in Madrid this week.

To rounds of applause, a beaming Chris Musgrave, vice chairman of Musgrave Group, accepted the award on stage, flanked by senior family and non-family members of his sixth-generation company (right). 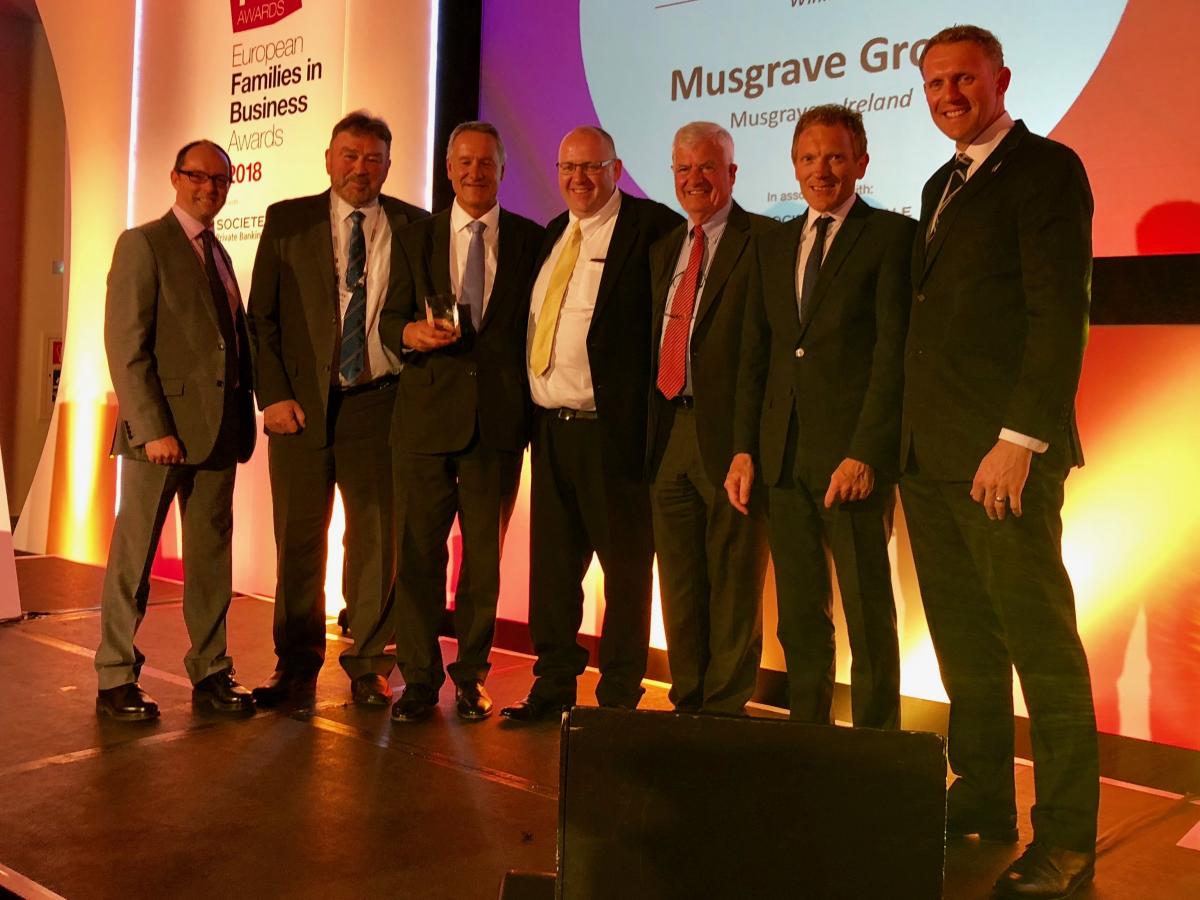 Musgrave said anyone who attended the European Families in Business Conference that day and stood away from their own business could not but reflect on the “fantastic families” who shared their “wonderful stories” in keynote speeches, fireside chats and panel discussions.

Musgrave thanked host Campden Wealth, sponsor Societe Generale Private Banking (SGPB) and “the generosity of the third generation of my family” at the podium to an audience of more than 100 international peers, associates and guests.

“It was through their wisdom that 20-something years ago they realised that to pass a business on of our size, you have got to involve the family, and that’s how the whole structure started,” Musgrave said. 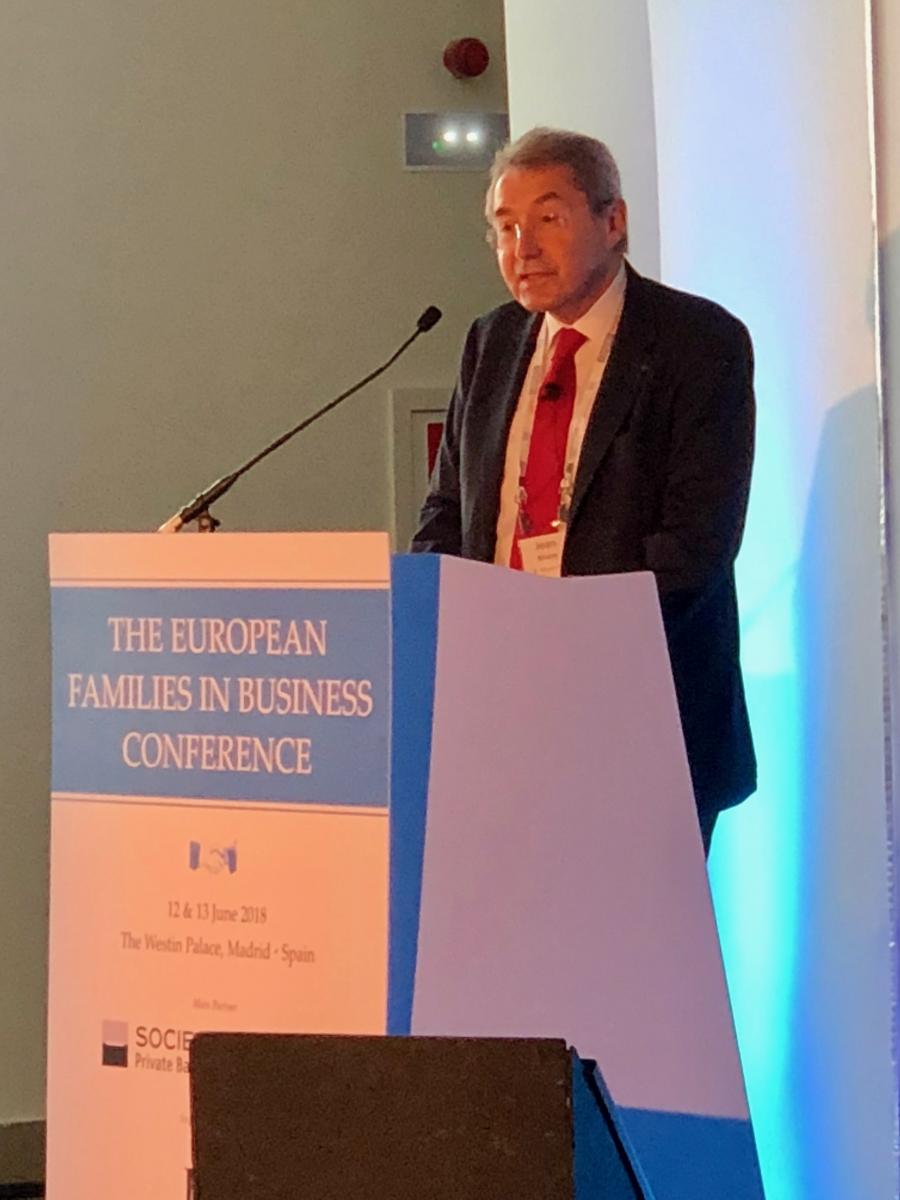 Accompanied by his nephew Victor, Mane told the audience it was “a great honour” for both of them and the French flavours and fragrances manufacturing group to receive the award. Each generation had added to the talents of the previous. Adaptability meant they could find where their strengths and competitive advantages were and turn them into success, he said.

“I am very grateful for the high recognition for the work that was accomplished, or is being done, by the five generations of the Mane family,” he said.

“At the heart of Mane’s professional organisation, based on technologies, processes and talents, beats a heart moved by unlimited passion. The passion of a family, the passion of our 6,000 people worldwide and the commitment of a team distillates into our products. 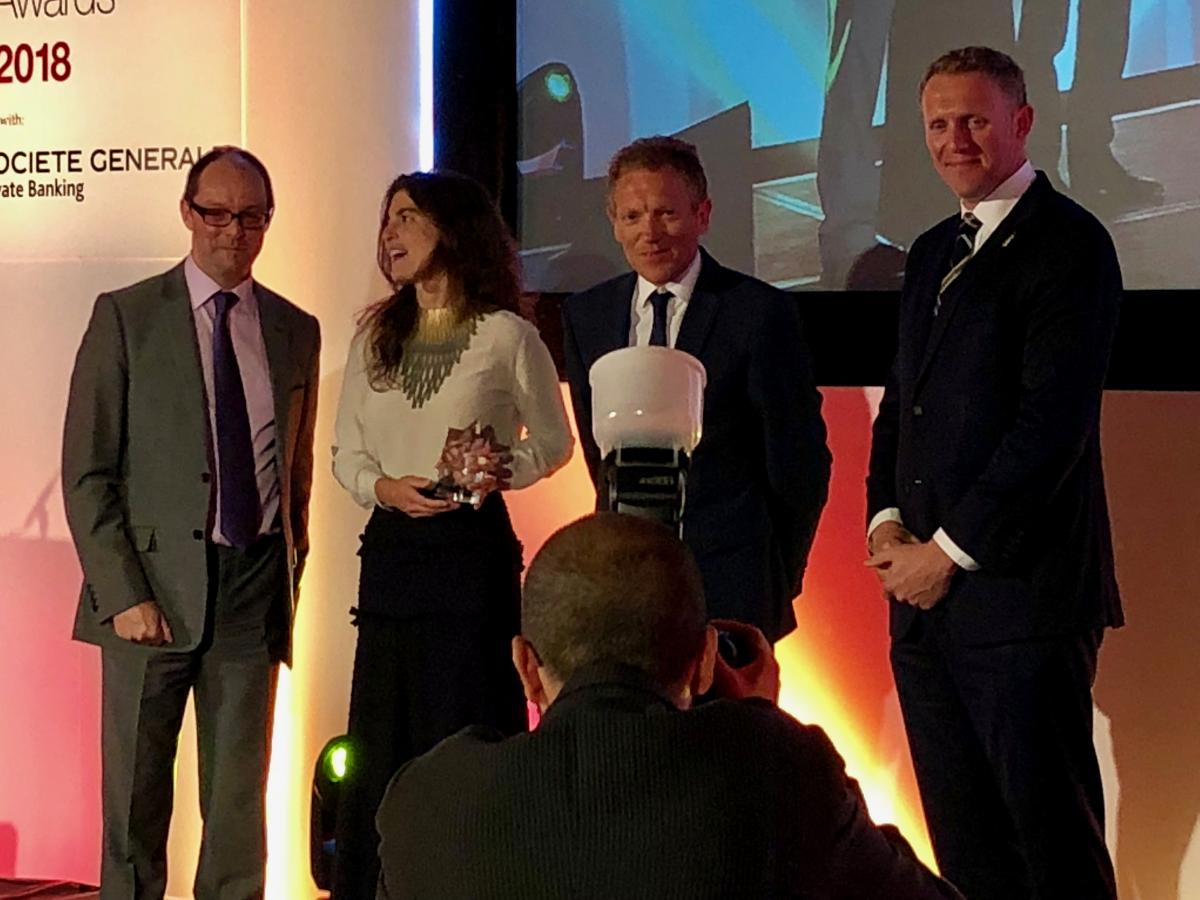 Sole Ferragamo (right) won the Top Next-Generation Entrepreneur Award and invited her business partner, Leila Hoda, to the stage as well. The granddaughter of Salvatore Ferragamo designs and crafts environmentally conscious leather jewellery under her own brand, SO-LE Studio.

Ferragamo told the audience she was “honoured and flattered” to receive the award.

“I hope that I will be able to create a business that is as successful as the ones our fathers and grandfathers did and I will put all my efforts in this but I cannot guarantee [success]. What I can guarantee and promise is that I will try to support young businesses like ours, like you all are doing with us, so thank you very much.” 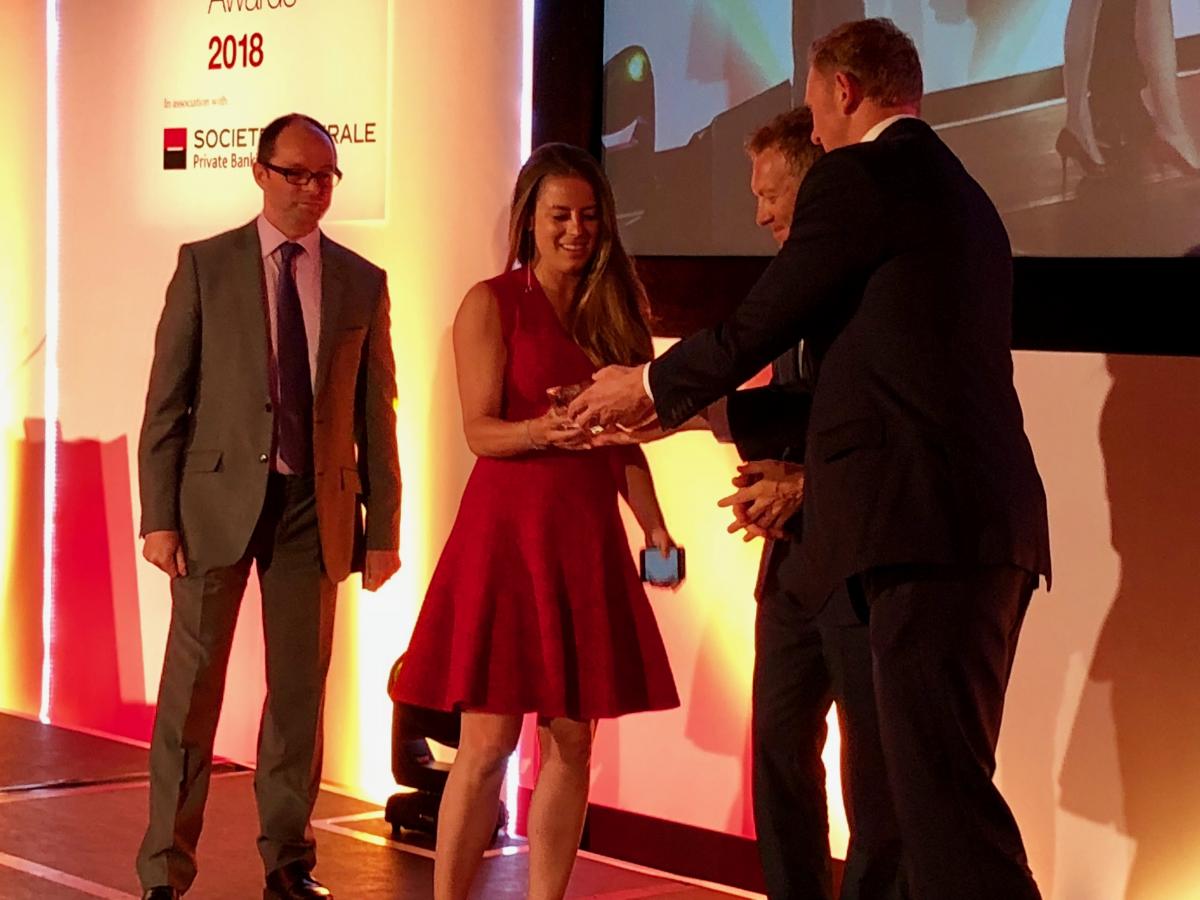 The award for Top Family Business Rising Star was presented to Lydia Forte (left), the second-generation member of the Forte family. The group director of food and beverage at Rocco Forte Hotels said the hospitality group was the epitome of a family business.

“My father’s the [chief executive], my aunt does all the interior design and is also on the board, my brother and my sister also work in the business and, as such, I’m very much part of a team and I couldn’t have done any of this without any of them.” 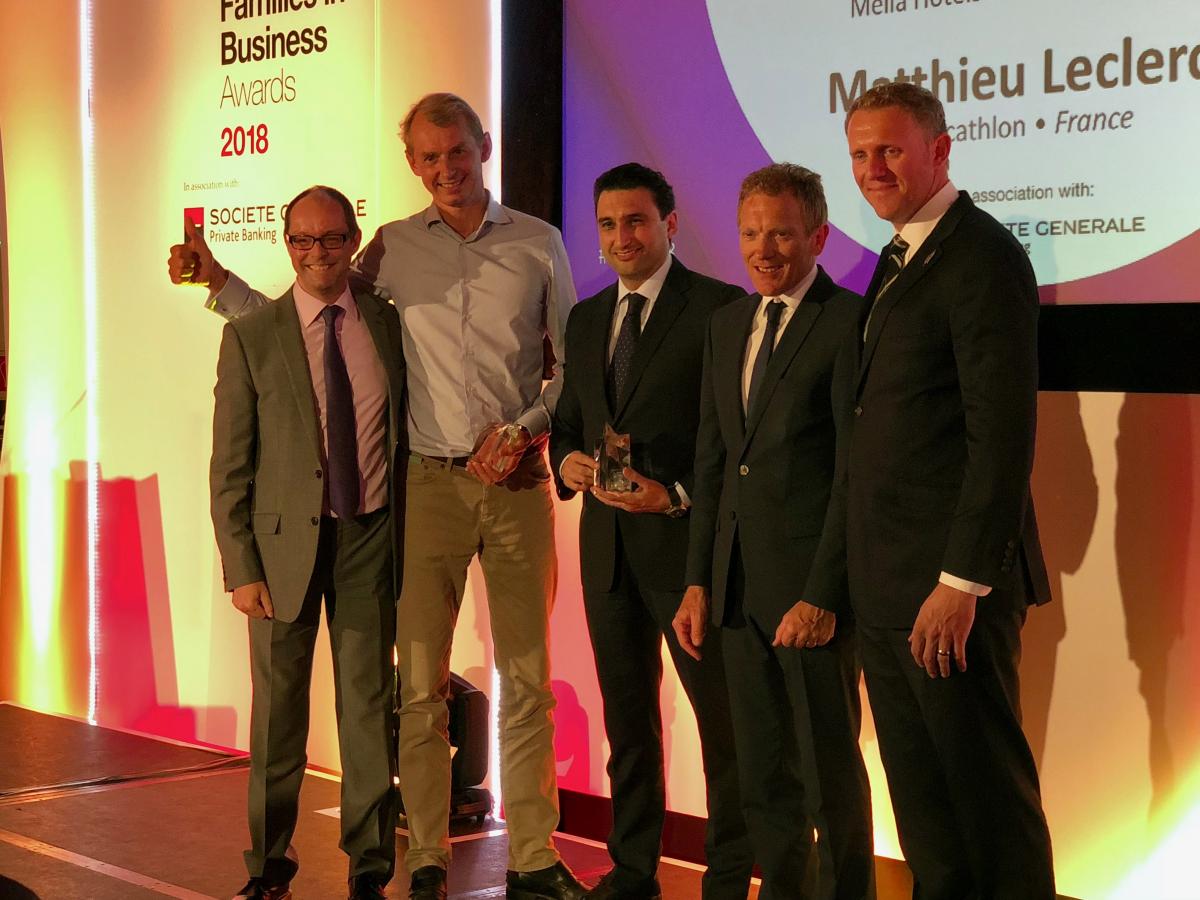 Leclercq said he was pleased to receive the leadership award because there was a big difference between being a manager and being a leader.

“I think managing is about incremental changes, making things better, and leadership is about changing the status quo and changing the organisation, and that’s where we are in the world," he said.

"I receive [the award] as an encouragement to keep the change, keep the path, and makes sure Decathlon will be here in the next 40 years, trying to make sports accessible for the many.”

Escarrer was unable to attend the ceremony but José Gras, operations director for regional Spain at Mélia Hotels International, accepted the award on his behalf.

The winner of the Top Non-Family Director Award was Pablo Isla, chief executive of Inditex, the world’s largest clothes retailer by sales since 2005.

In his prepared statement, Isla said the award was “a great honour given the other shortlisted candidates and I’m sorry that I was not able to be there in person to collect it however, I am focused on final preparations for our results release. I wish you all a very enjoyable evening.” 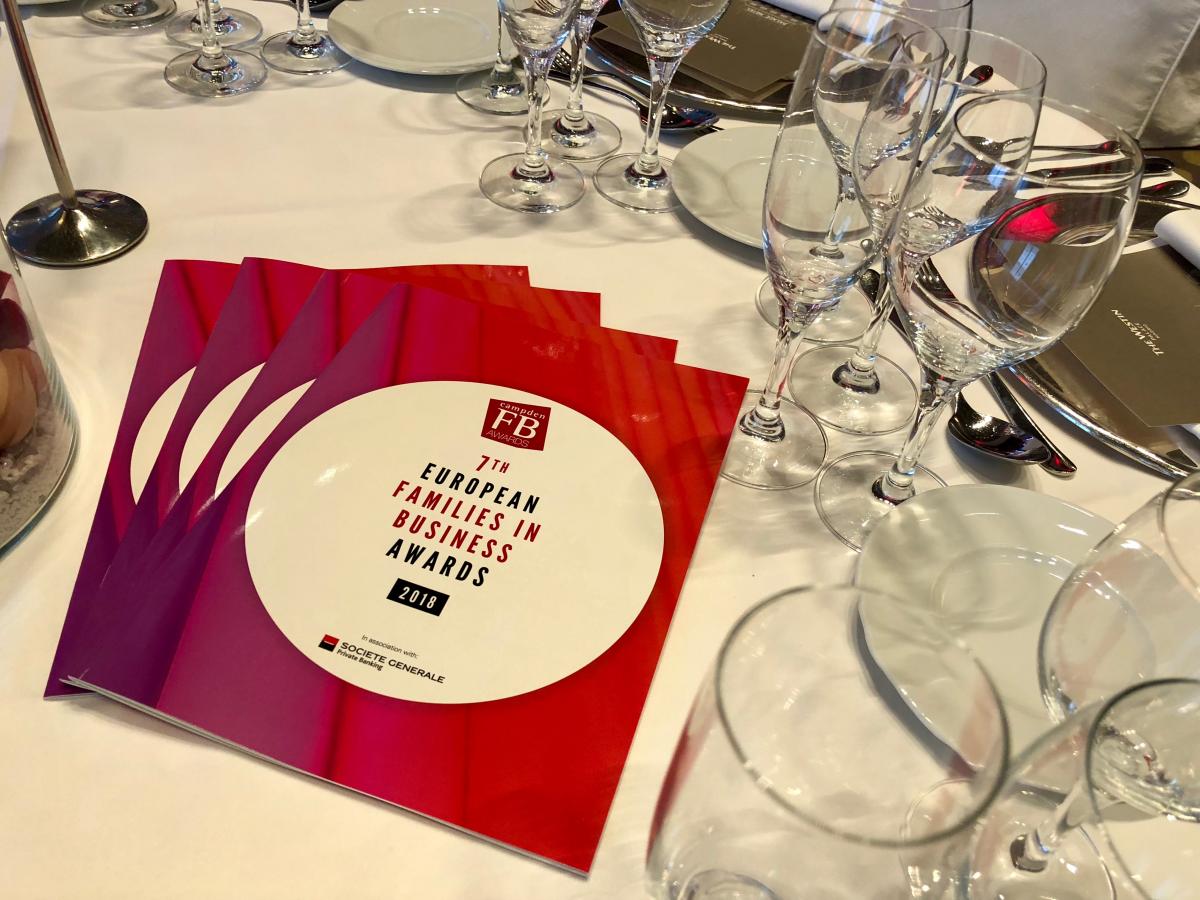 The prestigious gala dinner and awards at Madrid’s Westin Palace was held in partnership with Societe Generale Private Banking (SGPB) for the seventh consecutive year.

SGPB head Jean-François Mazaud, who presented the evening’s awards, told the audience that the Spanish economy had undergone an important transformation over the past few years. That transformation could not have been possible without family businesses, Mazaud said.

“We measured that family businesses were responsible for 89% of the activity generated by private companies in Spain. The contribution to the wealth of the country, the modernisation of the management and the international expansion of Spanish companies has been major over the years.”

“Their great effort to expand abroad has had an important reward in terms of growth and recovery, activity and competitiveness.

“Their contribution in maintaining and creating jobs during difficult times, like the recent (Global Financial) crisis cannot be forgotten.” 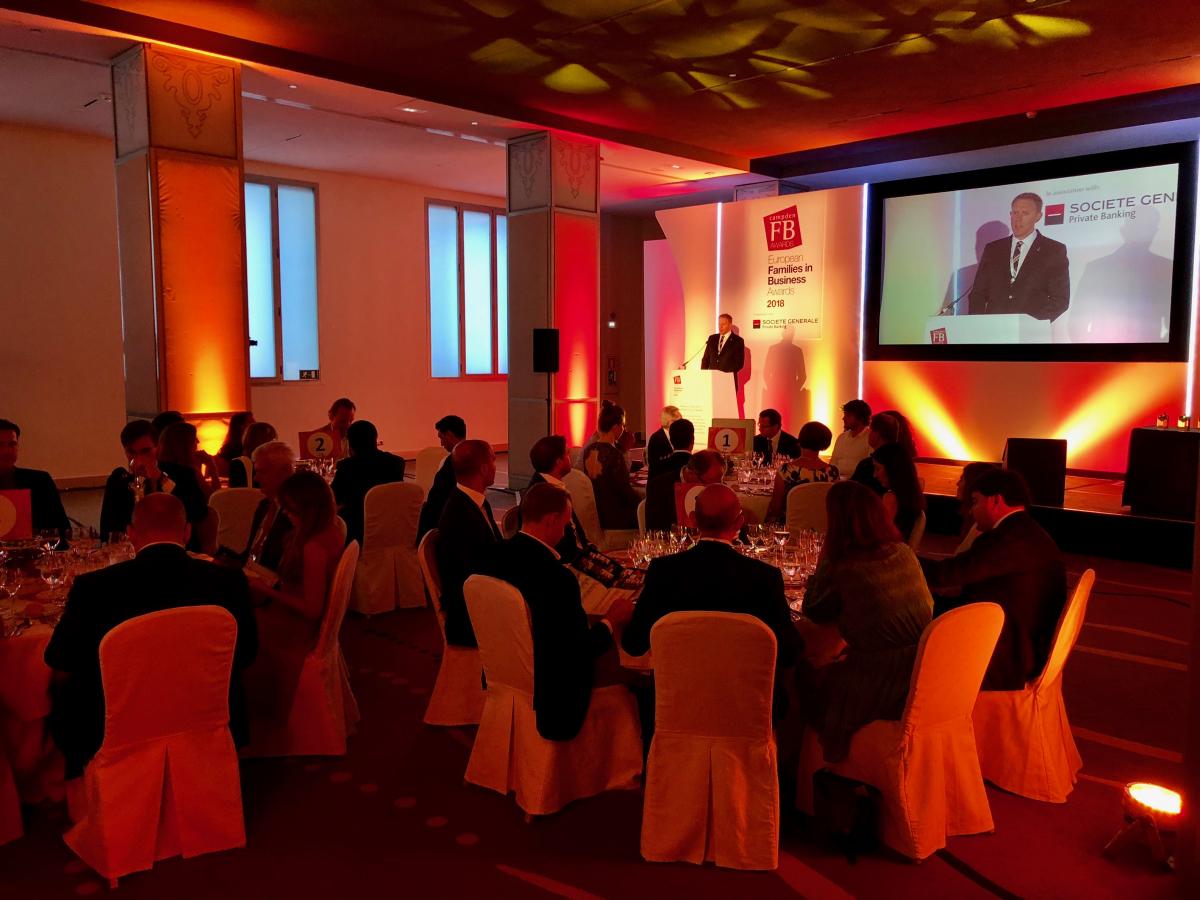 Tim Jenkins, global business commentator, former BBC News journalist returned as master of ceremonies. Jenkins said the multigenerational families in the ballroom had “weathered wars, strange economic policies, maybe the odd dynastic squabble and certainly economic downturns.” But he urged members to “enjoy winning the battles ahead and the process of creating something new.”

Nicholas Moody (right), editor of CampdenFB and member of the judging panel, told the audience that family businesses spanning generations remain upbeat in uncertain times, from innovation and job creation, to environmental conservation, sustainability, and philanthropy.

"They are also fostering entrepreneurialism and intrapreneurialism. One only needs to look at some of the fascinating businesses and business models discussed here today at the conference, and in the Next-Generation categories to see that innovation continues to spring up. This all illustrates the pro-growth, positive outlook of family businesses who are taking risks to start and expand enterprises, despite the climate of uncertainty and inertia in the political realm. Our message? Keep doing what you are doing, building and sustaining great businesses over generations. CampdenFB will be here to celebrate your successes. 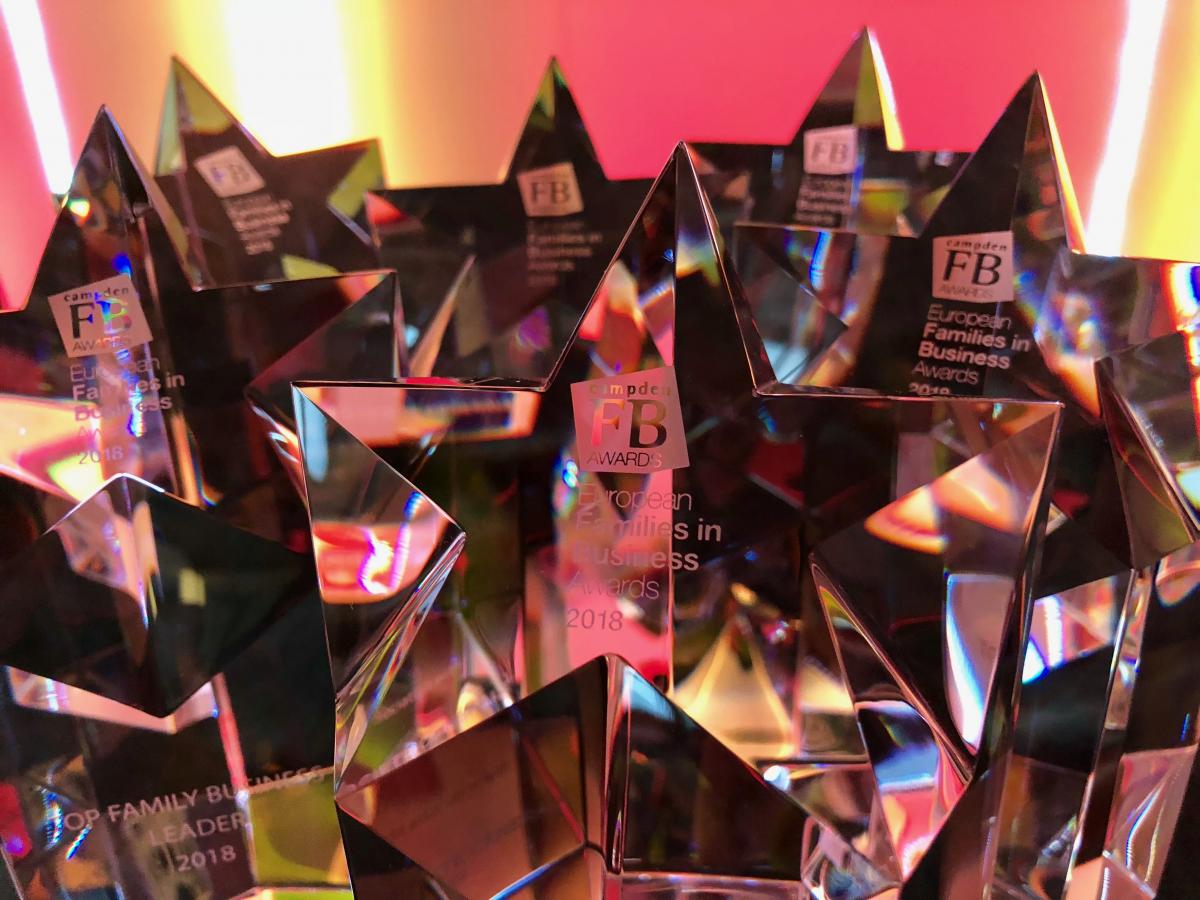 Six awards were presented at the European Families in Business Awards 2018:

Full coverage of the awards in the next issue of CampdenFB #74. Find our coverage on social media via #EFIBA18.