What can families learn from the Benetton bridge backlash?

Prioritising family-centred non-economic goals could have mitigated the reputational damage the Benetton family is suffering in the wake of the deadly bridge collapse in Italy, an academic says. Prioritising family-centred non-economic goals could have mitigated the reputational damage the Benetton family is suffering in the wake of the deadly bridge collapse in Italy, an academic says.

Instead, the Italian public and media see the Benettons as a family that prioritised profits over public safety.

Edizione, a €12 billion ($14 billion) Benetton family holding company, has a 30.25% stake in Atlantia, the €6 billion ($7 billion) parent group of Autostrade, Italy’s largest private sector motorway operator, which was carrying out maintenance work on Morandi Bridge in Genoa. On 14 August in a thunderstorm, a 200m section of the 50-year-old concrete arterial motorway bridge fell 45m, killing 43 people, injuring more than a dozen and leaving 600 people below homeless.

An editorial in La Repubblica said the site of the disaster was “Italy’s Ground Zero” in reference to the seismic national repercussions in politics, economics and society. The repercussions could impact the country’s €790 billion ($916 billion) family business sector as well. 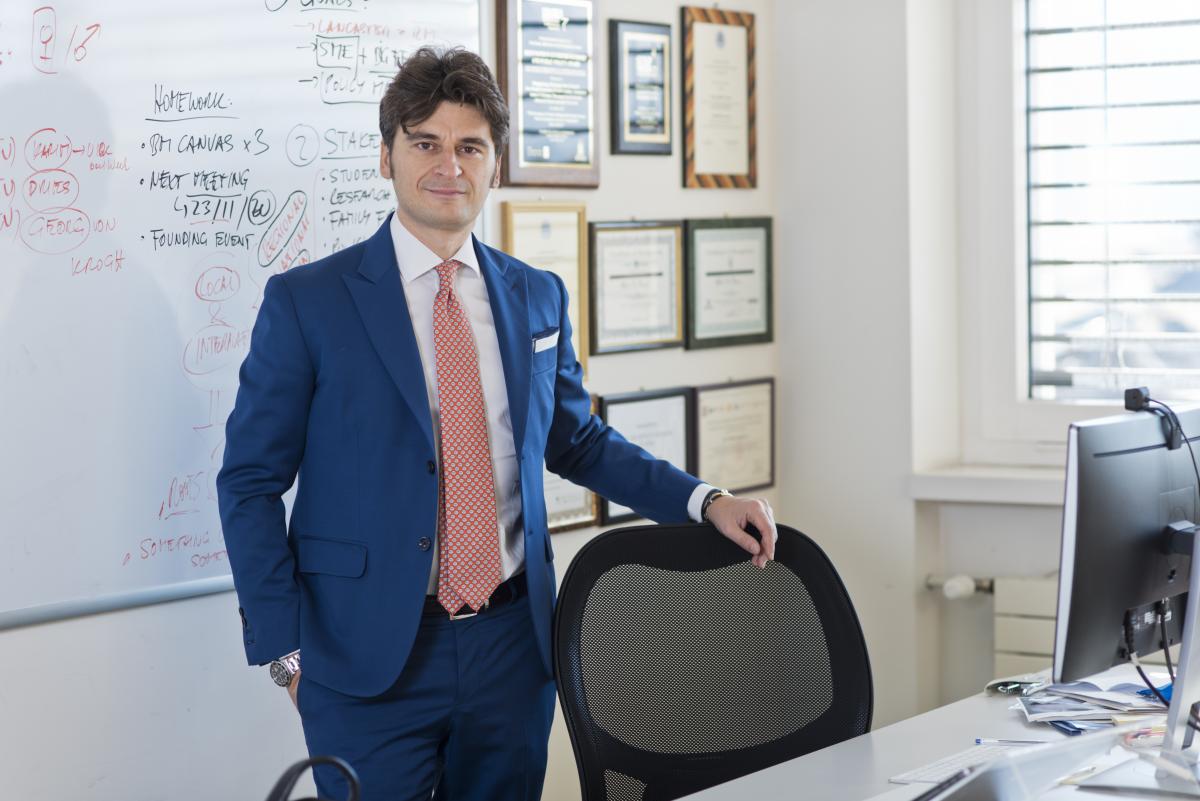 Alfredo De Massis (right) is a professor of entrepreneurship and family business at the Free University of Bozen-Bolzano in Italy and the Lancaster University Management School, in the United Kingdom, and the founding director of the Unibz Centre for Family Business Management. When asked to comment, De Massis told CampdenFB that family reputation was one of the key non-economic assets a family business has.

“After the tragedy, (Autostrade) came out with a public communication which has been judged by many people as quite cold in its tone. Then it was reported in many newspapers that only 24 hours after the tragedy (Benetton) came up with a big party that had been planned for 90 people in Cortina and when the news came out all the press were quite consistent in attacking them even more.”

Amid growing public anger, many in Italy criticised Autostrade for appearing to volunteer to rebuild the bridge at its own expense only when the new populist government threatened to strip the lucrative toll licence from Atlantia.

The senior  party of the coalition now in government had blocked a long-proposed bypass away from the ageing bridge.

“Over the years, motorway tolls have been increasing, although some sources argue that such increase was not always followed by a growth of overall investment,” De Massis said.

“Now that all the numbers are public, there are some controversies and I think what could have been done would have been to show more strongly that they are prioritising family-centred non-economic goals, besides the economic ones.

The overall impression now is of a family business that is very much prioritising economic goals, but we know that family-centred non-economic goals are a key driver of family firms’ behaviour and drive them to thrive across generations.

“One of the lessons for other family firms is that family-centred non-economic goals are very much important and their role as a key driver of firm behaviour cannot be forgotten—such goals allow the accumulation of the family’s socioemotional wealth.”

Most of Italy’s infrastructure was built 60 years ago and maintained over the years, but De Massis said that when the costs of maintenance were too high, it was better to replace old assets with a long-term investment in “radical innovation” rather than trying to incrementally repair. This should be done taking into account environmental and people security issues.

“As a family business, you are founded in order to be passed to the next generation and that means your long-term orientation must be your reference point all the time,” he said. 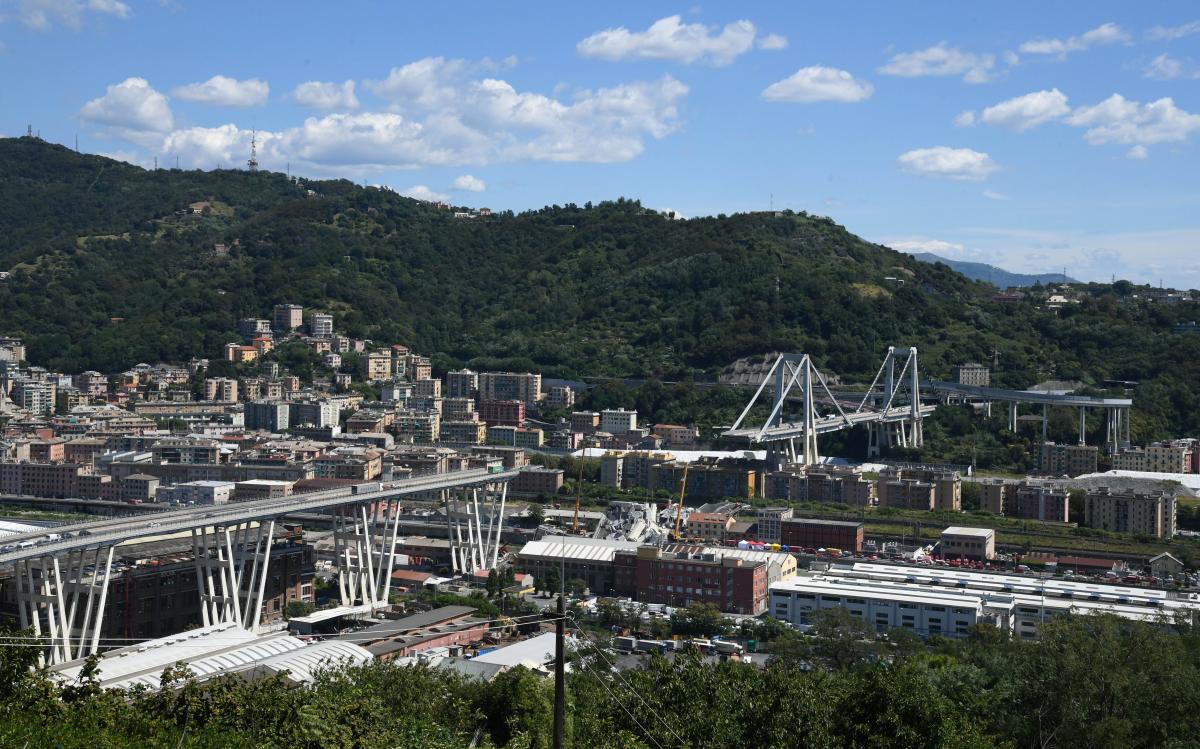 “Long-term orientation should not be sacrificed for short-term gains because occurrences like this can happen all of a sudden and mean important financial losses for the family. Let’s keep in mind that the long-run mindset that characterises a family firm is a main source of its competitive advantage, as some research shows.”

Guido Corbetta, a professor at Bocconi University in Milan and a family business expert, told CampdenFB he saw two initial learning points for families from the disaster.

“Family businesses have to define a map of the risks and the actions to manage the most relevant of them,” Corbetta said.

“Family businesses have to prepare themselves in terms of communication. I think that for at least for two or three days Autostrade communicated in a wrong way, focusing more on some technical aspects than on the tragedy for the families involved and for the city, and the country.”

Autostrade earmarked €500 million ($580 million) to build a new steel bridge in a matter of months and to help the port city recover.

Atlantia’s board of directors held an extraordinary meeting today and backed the community support, bridge reconstruction and traffic management plans drawn up after the Autostrade board met yesterday. 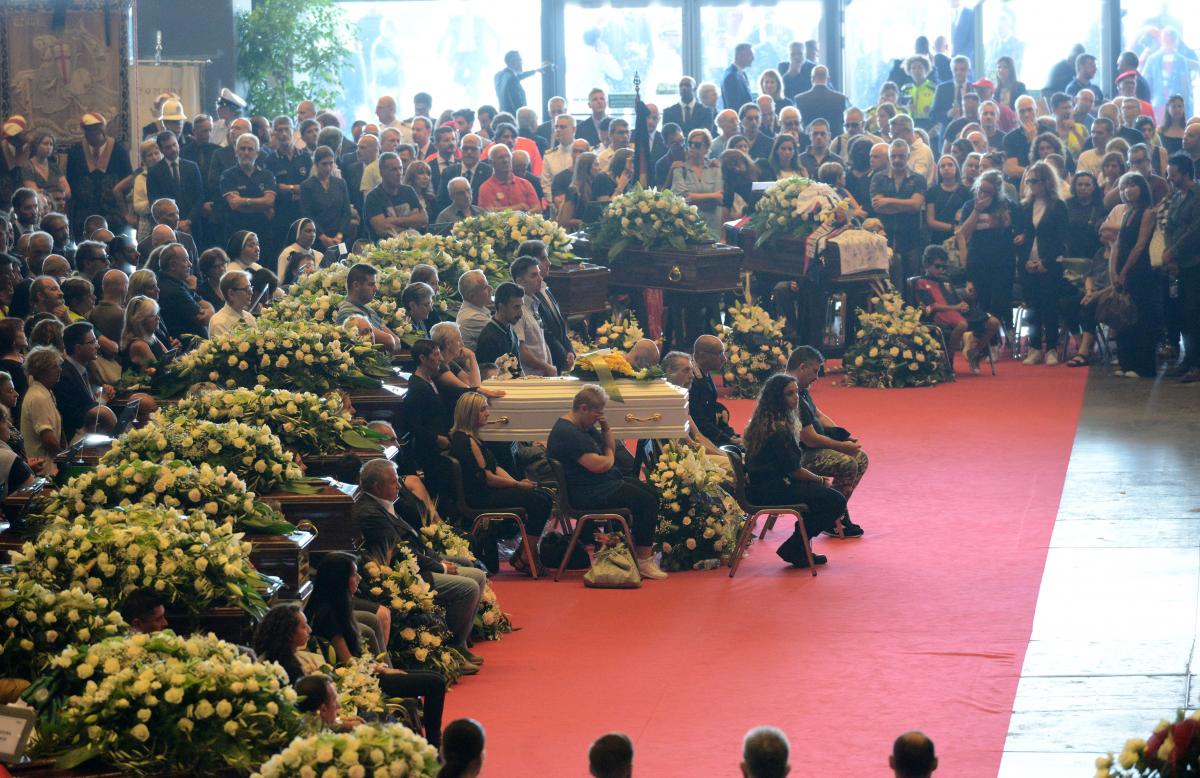 In its statement today, Atlantia’s board and the Board of Statutory Auditors expressed their “heartfelt condolences and sympathy for the victims’ families and the local community in Genoa” and observed a minute’s silence in memory of the victims.

A request for comment from Benetton Group was referred to Edizione, which sent an English language version of the Italian statement it released on 16 August.

Edizione, on behalf of its shareholders and its management, “expresses deep sympathy to the families of the victims and their closeness to the injured and to all those involved in the tragic bridge collapse that took place in Genoa,” the translated statement said.

“Edizione, as the reference shareholder of the listed company Atlantia, owned through the Italian company Sintonia, will do everything in its power to facilitate the verification of the truth and responsibilities of the event.

“Edizione is certain of the determined willingness to cooperate with the institutions and the authorities by the operating company Autostrade per l'Italia and its parent company Atlantia, which over the past 10 years have invested over 10 billion euros in the expansion and modernisation of the Italian motorway network.”