View from the Peak - When trust fails: wealth succession and planning in Asia Several high profile cases in past months show why wealth succession and planning in Asia can differ markedly from Europe and North America. Sharon Lim reports

Several wealthy Asian families have been in the public eye for unusual reasons over the past few months. In March, Lotte’s Shin family had a courtroom reunion in South Korea as they denied corruption charges in a graft trial. In Hong Kong, a former paparazzi, Kimbie Chan Hoi Wan, 37, became the region’s richest woman after her fugitive husband, Joseph Lau, transferred HK$50 billion ($6.4 billion) worth of assets. While the Shin family’s public exposure was unplanned, Lau’s wasn’t—the 65-year-old patriarch planned his succession, albeit in a highly unusual way. Both give a view of the way succession planning is happening in Asia-Pacific and how the threat of litigation is an ever-present concern for families.

Lau’s drastic approach is unsurprising, given his unconventional past.

Kimbie was an entertainment news reporter when she met Lau. She became his assistant, and bore him a daughter, 9, and a son, 5, and became his wife in December after a 10-year relationship. Lau has two adult children, a son and a daughter, with his first wife, who passed away in 2003. 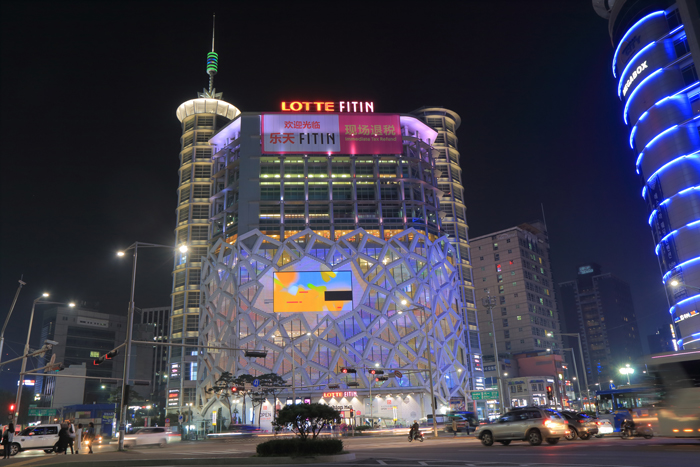 The transfer of assets while Lau is alive was attributed to his poor health. Media reports suggest he has renal failure, heart disease, and diabetes. Even so, a transfer of this magnitude while a patriarch is alive begs attention. He passed on a 75% stake in HK$23 billion ($2.9 billion) Hong Kong-listed Chinese Estate Holdings to Chan and his eldest son. This, in part, because of outstanding charges against him in Macau.

“This is not a bequeathment as much as it is a strategy to cede ownership (of his assets) while maintaining control (of his business) as he manages the risks (of his assets being seized),” a private banker says.

What is it about Lau’s story that makes it a useful example for other families to consider? Firstly, the context. Many of Asia’s businesses are like Chinese Estate Holdings. According to 2016 research, A Roadmap for Generational Wealth in Asia—Family Constitutions: Early Lessons Learnt, almost 1,280 listed companies above $500 million in market capitalisation in Asia, excluding Japan and Australia, are family influenced.

However, the study, by Campden Wealth in partnership with Credit Suisse, found relatively few ultra-high net worth families had adopted written documents to guide future decision-making by the families, due to the newness of family businesses and wealth.

Family governance progress was hampered in the region of India, China, Hong Kong, Singapore, Thailand, and South Korea by patriarchal control, a lack of knowledge about family governance, and language gaps between generations. 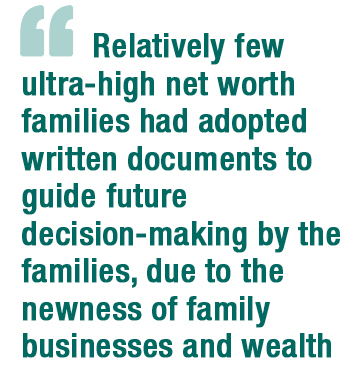 The report found usage of constitutions is expected to accelerate in Asia-Pacific due to increasing wealth and familial complexity, pressure from the next generation, and the threat of litigation.

Nearly two-thirds of Lau’s $15 billion (HK$116.8 billion) wealth has been transferred to Chan.

Rather than holding these assets in trusts, which can, and has proven to be fallible when confronted by governments, what Lau is doing does not seem too radical. The well-documented fall of the flamboyant Malaysian banker Jho Low, who was mired in the 1MDB corruption case, demonstrates that assets held in trust may not be protected when a government sets out to confiscate them. Most trustees cannot, and will not, oppose forfeitures, and are unwilling to stick their necks out against a national government.

So should wealthy Asian families hold assets in trust? When wealth grows beyond a certain magnitude, parking one’s assets within trust structures could have its flaws. Succession planning, even in a unconventional sense like Lau’s, could be a much better bet than leaving it to the courts.