The rich also cry: Why Latin American family business does not have to turn into family drama

A first-ever study of more than 1,000 Latin American family businesses across eight countries has turned up many challenges to tackle, from succession planning to gender balance. Guillermo Salazar, founder of Exaudi Family Business Consulting, outlines its key findings A first-ever study of more than 1,000 Latin American family businesses across eight countries has turned up many challenges to tackle, from succession planning to gender balance. Guillermo Salazar, founder of Exaudi Family Business Consulting, outlines its key findings

The story of Franco Garcia* has all the makings of a hit telenovela – a lavish melodramatic historical rags-to-riches tale, heaving with family intrigue and scandal across the generations, starring a humble patriarch who struggles with rebellious spoilt grandchildren. It is a story that would keep millions of Latin Americans on the edge of their sofas every day.

Garcia, a post-war, European immigrant entrepreneur arrived 40 years ago in a Latin American country with the intention of opening a modest grocery business. With continuous effort, the support of his wife, and intelligent financial decisions, the business began to grow. Two decades later, his sons Mario* and Antonio* head the company, setting the same managerial style of their father, based on solid personal and professional values that have led to the business’ market growth. With more than 200 employees, among which are four of Franco’s grandchildren in managerial positions, the company would seem to be in the best hands: its own family.

However, certain signs have surfaced which would indicate three of these managers are not on track to fight to preserve the family estate. These three have indulged in sumptuous lifestyles, luxuries, expenses beyond their income, and low productivity. All this behaviour is concerning the family group, as the continuation of this conduct endangers not only the family estate, but also the future of the business and its employees. This is the typical case for many Latin American family enterprises facing the challenge of helping their business transfer to future generations. Does it sound familiar? And what will become of the Garcia family?

Well-known Latin American businesses like América Móvil and Televisa in Mexico, Hacienda Alhué in Chile, Empresas Polar in Venezuela, Magnasco Hermanos in Argentina, and Itau Unibanco in Brazil, have their origins and evolution as family enterprises. To ensure their survival many of them must take into account the constant changes in social, political, economic, technological, and human resources processes as well as in business management models in the region.

Exaudi, a consultancy specialising in family bsuinesses in Latin America (www.exaudionline.com), together with a large group of collaborating institutions (see box out), coordinated and led research titled Challenges and Strategies of Family Enterprises in Latin America, 2014-2015. The survey of 1,028 respondents gives a fascinating insight of businesses in Chile, the Dominican Republic, Peru, Venezuela, Costa Rica, Argentina, Mexico, and the Latin community in the US. Below Exaudi founder and managing partner Guillermo Salazar shares its key findings. 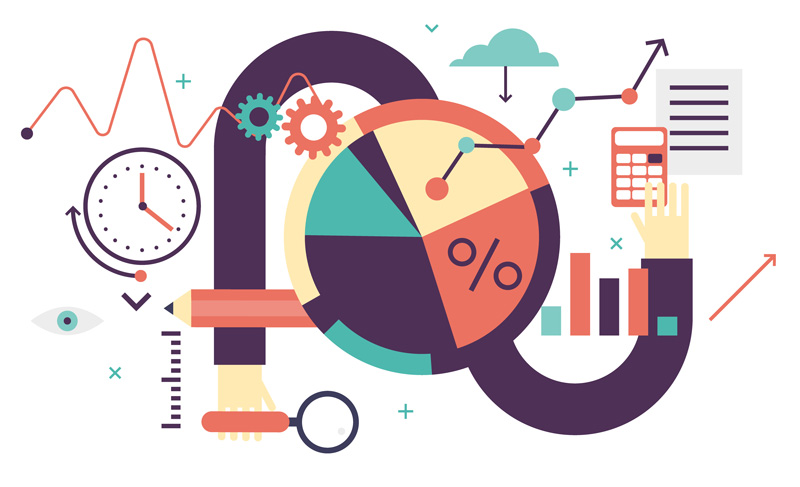 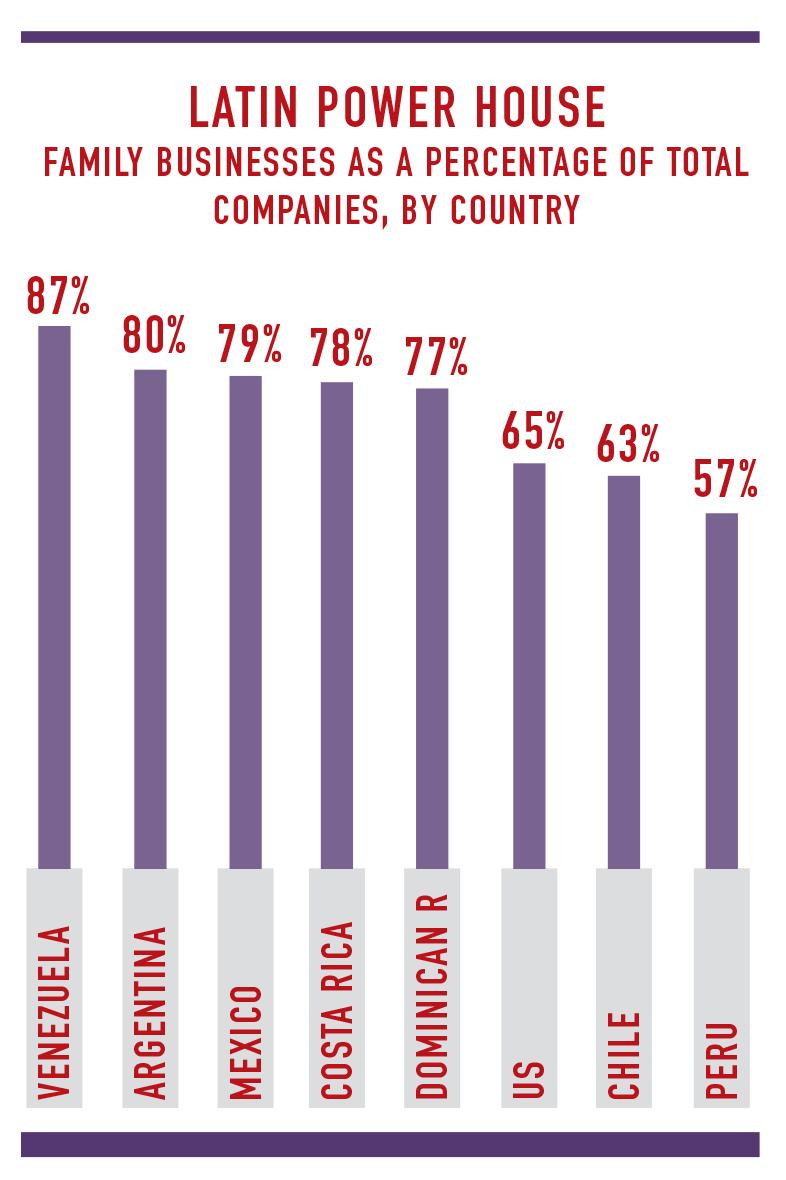 The Dominican Republic and Peru had the highest percentage of businesses with executive boards (both with more than 80%), with lower levels in the US (41%) and Chile (40%). Family members were part of the executive board about 80% of the time.

Further data around executive boards turned up some interesting findings. Costa Rica and Venezuela rated the performance of their executive boards the lowest, while the US came closest to the top. These values gave researchers an interesting indicator for the Hispanic community in the US: though it is the country where the fewest functioning executive boards exist, those that do are much more effective than in other Latin American countries.

Women have the highest level of executive board participation in the Dominican Republic (44%) and the US (43%). However, in most Latin American countries women are a minority, appearing on executive boards less than 30% of the time. This is despite research suggesting the best-performing executive boards have equal numbers of women and men.

Newer governance structures are not as prevalent, however, as executive boards. The average incidence of business families with established councils - that seek to organise the processes for succession and transference of family estate - and family protocols - the regulating framework for the organisation of the family – stood at just 18%. 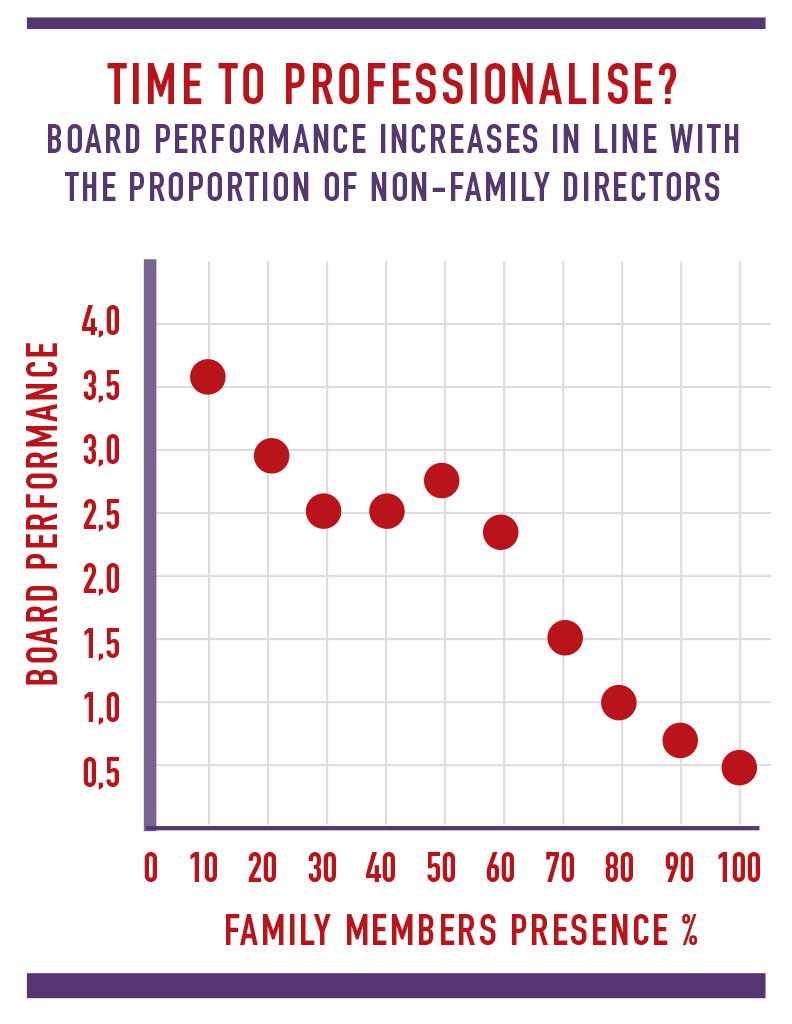 Succession is a potential pitfall for any family business, but Latin American families are lagging behind their peers globally in planning for the future. Only 13% had a succession plan (compared to 16% of family firms globally), with Argentina, Peru, and Venezuela being the least prepared to undergo successional changes strategically. The US was most advanced, there 40% had a succession plan.

One hypothesis, which may explain this situation, could be the direct correlation between the social and political environment, and the entrepreneurial family. Medium and long-term plans are often deferred in countries with greater instability and uncertainty about the future, due to the lack of a clear vision of scenarios to allow for planning long-term processes, such as a succession.

Salazar suggests government policies on family enterprises in each Latin American country need revision. The economic and political climates in each of the countries have a clear influence on the performance of family businesses. Survey respondents said their two principal concerns are government economic policies (16%) and taxes (6%), which matches findings in Risk and Return in Latin America, a report published earlier this year by Campden Wealth, in partnership with Morgan Stanley. That study of 45 ultra-high net worth (UHNW) respondents found 89% rated political/country risk (rule of law) as extremely or very important.

“The importance of family businesses to the region’s socio-economic fabric obliges both instances to work from an agenda containing a series of measures to aid in the best performance of these businesses and to support their growth and their contribution to the economy,” says Salazar 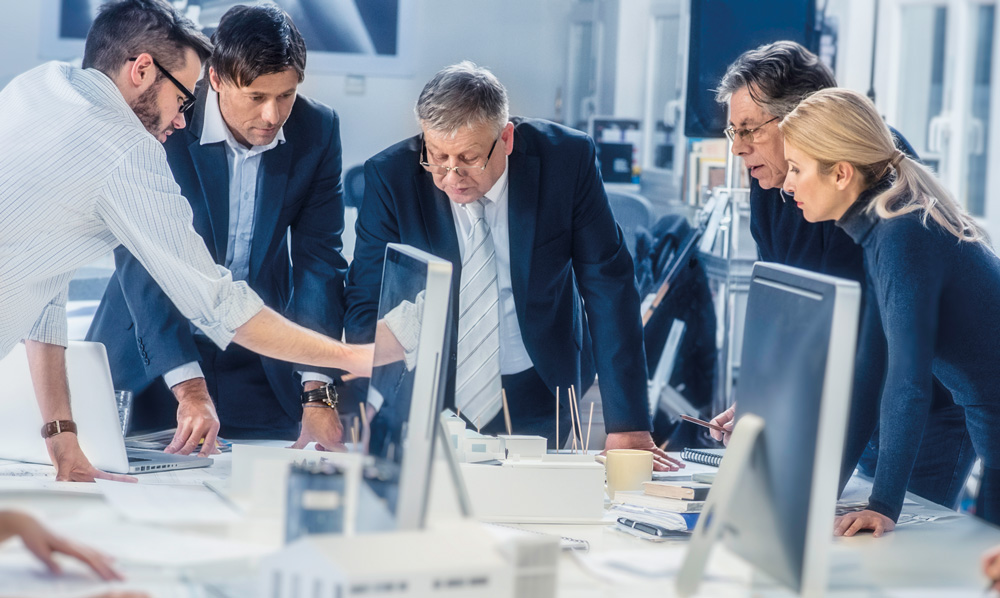 Finally, the research looked at the levels of philanthropy of these business-owning families. On average, it found that more than 50% of family businesses dedicate themselves to charitable activities, reaching a majority in the Dominican Republic and the US with more than 70% and a minority in Venezuela (33%). Again, the hypothesis suggests that a difficult operating environment may diminish attention to philanthropic activities in order to deal with urgent issues, in some cases having to deal with the very survival of the family business.

More than 50% of UHNW respondents for Campden Wealth’s Risk and Return in Latin America said using their wealth to make a positive social impact was extremely or very important to them. More than a third (38%) had stated philanthropy policies in place. 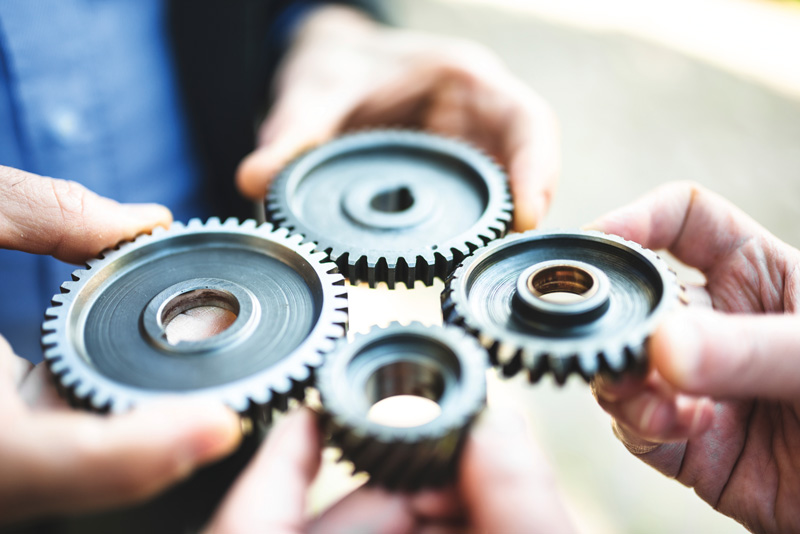 Family enterprises in Latin America still have much work to do. We have observed shortcomings in the existence and management of the executive board, the devising and implementation of a succession plan, and of family protocols. These key elements would have saved the Garcia children many headaches as well as made it clear to the managers (the founder’s grandchildren) the norms that existed in their family business.

What were the results? The Garcias got back on track and are taking their first steps towards international alliances, having found the balance between professionalising their processes and the strong emotions typically present in Latin American family enterprises.

María*, who was third in the succession line, was elected general manager based on her preparation, while two of the undisciplined managers disagreed and resigned. Non-family professionals were included in the now-formalised executive board and the previously uncontrolled spaces were structured.

How many other Latin American families can avoid disruption and conflict through proper future planning? Wise governance can help avoid the Garcias’ fate. Latin American family business leaders need not find themselves the unwitting stars of their own real-life telenovela.

* Franco, Mario, Antonio, and María Garcia are fictitious names of a real family who wished to remain anonymous.