Vulcan, which managed his business and philanthropic interests, said in a statement he died in Seattle from complications related to non-Hodgkin’s lymphoma, only two weeks after Allen announced he was being treated for the disease.

Allen was among the world’s wealthiest individuals and, at the time of his death, ranked 44th on Forbes 2018 list of billionaires with an estimated net worth of more than $20 billion.

Although less well-known than Bill Gates, Allen played a key role in developing the personal computer. According to his memoir, Idea Man, he was the one who came up with the name ‘Microsoft’ and the brainwave of writing a software program for the world’s first micro-computer.

However, he bowed out in 1983, before Microsoft had announced the Windows operating system and was not associated with the company’s years of dominance in the technology industry. 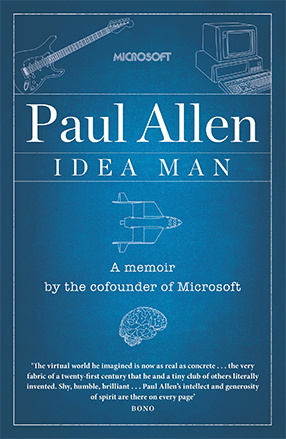 Gates said although Allen was credited with the creation of personal computing, it was his dedication to philanthropy that was his greatest achievement.

“He channelled his intellect and compassion into a second act focused on improving people’s lives and strengthening communities in Seattle and around the world,” Gates said.

“He deserved much more time, but his contributions to the world of technology and philanthropy will live on for generations to come.”

After his early exit from Microsoft, Allen turned his efforts to philanthropy, donating an estimated $2 billion to science, conservation and the arts throughout his life.

Through Vulcan, he founded the Allen Institute, which focused on neuroscience, but widened its scope to cover bioscience and a project to build a reusable space plane, designed to launch satellites.

He also invested heavily in his hometown Seattle, revitalising parts of the city and in the city’s cultural institutions and owned two professional sports teams—the NFL Seattle Seahawks and NBA Portland Trailblazers.

Allen’s death has been met with an outpouring of condolences around the world.

Bill Hilf, chief executive of Vulcan, said everyone who had the honour of working with Allen through any of his organisations would be feeling an “inexpressible loss” after his death.

“He possessed a remarkable intellect and a passion to solve some of the world’s most difficult problems, with the conviction that creative thinking and new approaches could make profound and lasting impact,” Hilf said.

“Millions of people were touched by his generosity, his persistence in pursuit of a better world, and his drive to accomplish as much as he could with the time and resources at his disposal.”

Allen pledged in 2010 to give the majority of his fortune to charitable causes after his death and is survived by his sister Jody Allen.

Related Content:
Surprise name at top of most generous US donor list
Does Fair Trade equal a fair return?