Passing the Vanderbilt test: How to preserve your family wealth

Most families fight a losing battle to sustain wealth past their third generation. Alison Ebbage asks four experts what families can do to avoid becoming another statistic The Gilded Age was a defining period of massive economic growth in the United States during the late 19th century. It fuelled a period of extraordinary wealth generation for some of the young nation’s wealthiest families, a period that was tinged with the darker shadow of inequality.

One family synonymous with this era was the Vanderbilts. One of the oldest and most powerful families in the US, they subsequently saw the family’s fortune dwindle by the third generation. Their experience is all too common, with one study of 3,250 families by the Williams Group finding that 90% of the wealth made is lost by grandchildren.

Progress on succession planning remains slow, despite the statistical warnings. Nearly 70% of family offices surveyed in The Global Family Office Report 2016 expected a generational transfer in the next 10 to 15 years. Next-generation family members are taking a more active role within the family office, indicating the handover is beginning to take place. However, as of 2018, half of all family offices did not have a succession plan in place.

“All too often, the underlying issue is not being addressed,” Sara Ferrari, head of Global Family Office Group at UBS, says.

“Families need to be much more proactive in tackling the issue of succession.”

So how can wealth managers and other professionals engage with clients to ensure they pass the Vanderbilt test and transfer wealth past the third generation? And what are the seeds of a successful wealth transition that lasts more than one generation?

The key is to make the next generation into custodians, rather than consumers, of wealth, says James Holder, head of Northern Europe and head of Family Office for Europe, Middle East and Africa, at Citi Private Bank. 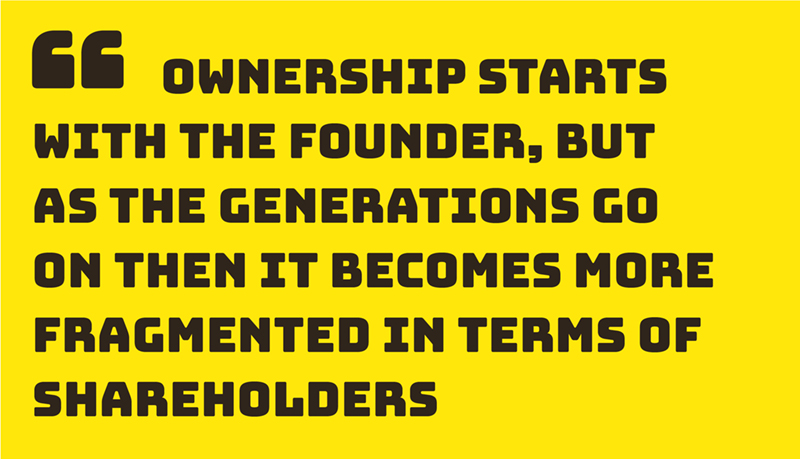 “The way that is done depends on so many variabless—the geography, the culture, whether there is a business involved, or whether it is just liquid wealth to manage. It is essential to identify the imperatives and values that matter to that family and then act on that. There is no one-size-fits-all.”

Being engaged in the ethos of the family wealth and the values that it entails is something proven to have a positive impact, especially as generations become more distanced from the original wealth creation. Holder says that having a framework of values and purpose acts as a vehicle for future generations.

“This is not normally too hard with the first and second generations as wealth creation is fresh [in their minds]. By the third or fourth generation, however, there are more people and they are a step removed from what went into creating the wealth. Much like a corporation, having a common set of values is helpful to ensure continuity and that the wealth is not lost.”

Having a family business can make it easier to impart values too as the family can start the discussion around the business. This can range from its purpose, to how it should or shouldn’t financially support family members, who should own it, who should run it, and what should be the role of those not directly involved. Open discussion to identify people’s needs, skills, and interests is an integral part of the overall process.

However, even with a business focus, there remain issues.

“Ownership is different to actually running the business,” says Russell Prior, head of family governance and family enterprise succession at HSBC Private Bank.

“Ownership starts with the founder, but as the generations go on then it becomes more fragmented in terms of shareholders. By the fourth generation is it common to have people with competing needs and interests, in terms of their involvement in the business, as well as whether they rely on the business for income.”

Prior, also the head of philanthropy for the UK, Central Europe, Middle East, and Africa, says special thought needs to be given to who will run the business and whether someone external needs to be brought in.

“This is something that needs dealing with sensitively, it needs discussion,” he says.

“There needs to be a sense of fairness and meritocracy, and this can sometimes be about dealing with more personal issues within a family too.”

Another business-related issue is whether the focus is to be on one business or whether there is to be a family stable of businesses. For example, someone might be clearly entrepreneurial, but not interested in the family business. Should they be encouraged to be totally independent, or should they be helped to start up a business that then comes into the family’s portfolio? This is something especially relevant in a time when technology and social media start-ups are common and taking over from traditional industrial family businesses.

The same conversations around identifying a governance structure, and then applying the appropriate skills, experience, and interests, also apply when it comes to managing and conserving a liquid pool of capital through several generations.

“The same principles of having guidelines apply with liquid wealth,” says Prior.

“[The aim is to define the] objectives for the purpose of the wealth, and then [build] consensus over wealth preservation as opposed to consumption in terms of houses, education, lifestyle, etc.”

Rachel Harrington, a director at the UK’s Coutts Institute, says she tries to work with an entire family not just the ‘head’ of the family.

“Parents often [try] to prevent the children from having a free ticket, but their children can worry about being in the shadow of someone successful. [Children worry] about forging their own path in life, about knowing who their real friends are, and mostly, not losing the wealth.”

Harrington says that with inherited or liquid wealth the sense of its purpose is even more important to avoid it all being lost. In this respect, providing a training ground or education for the next generation is key.

Preparing the next generation to take over as custodians remains crucial. There might be the expectation that family members need to become sensible guardians of the wealth and to manage it on a board or within a family office, says Harrington.

“This is where philanthropy has a role as it offers an entry point into learning all about how wealth is managed. It acts as a training ground to equip the next generations with the skill and experience they need to manage family wealth in line with set-out objectives.”

Prior says a piece of preparation often overlooked in both a business and liquid wealth sense is timing. The current generation needs to hand over control to the next generation in good time for them to learn how to do the job properly. 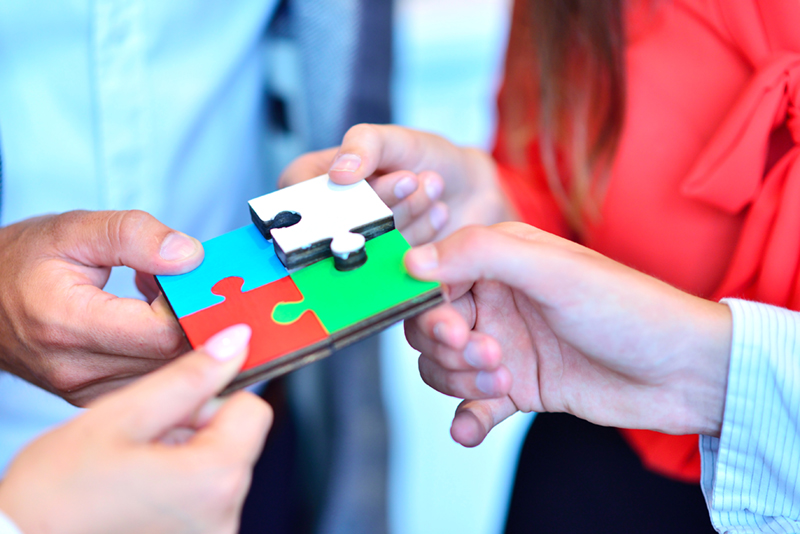 Good governance in this sense means the family needs to get to a stage where the business or the wealth is gradually handed over with an element of dual control that then leads to control, but with ongoing advice and help.

“The longer the delay, the longer it takes the next generation to become fully up-to-speed,” Prior says.

“Sometimes the better thing to do is retire, but remain available for advice and to ensure that the governance is being followed. Trust and a thorough understanding of vision and values by all parties is key here.”

But how formal does the process to underpin the education and the actual handover need to be?

Harrington talks about the need for ‘hardware’: “An entrepreneur creating once-in-a-lifetime wealth might need to look at the vison for the future. [They may consider] how he or she wants it to be used for the good, to not be a burden on their children, and to not affect work ethics or lead to disputes between siblings. For this initial generation it is sometimes about getting the right structures in place so that the wealth is protected. This is the hardware.”

By the time that wealth is passed down once more though, a certain distance has been created and different family branches have different values, influences and priorities. It is at this stage that the Vanderbilt test kicks in and wealth is most likely to be lost.

Harrington likens the three generations to three sports—the golfer, the doubles tennis players and then the third-generation football team.

“The football team needs to learn to play to each other’s strengths and support each other,” she says.

Indeed, it is the third generation that benefits most from the governance strategies set out by the first and second generation. The idea is to create a story telling of the wealth creation, the vision of the founders as regards future success and purpose, a point of reference, and a glue to bind an extended family together. 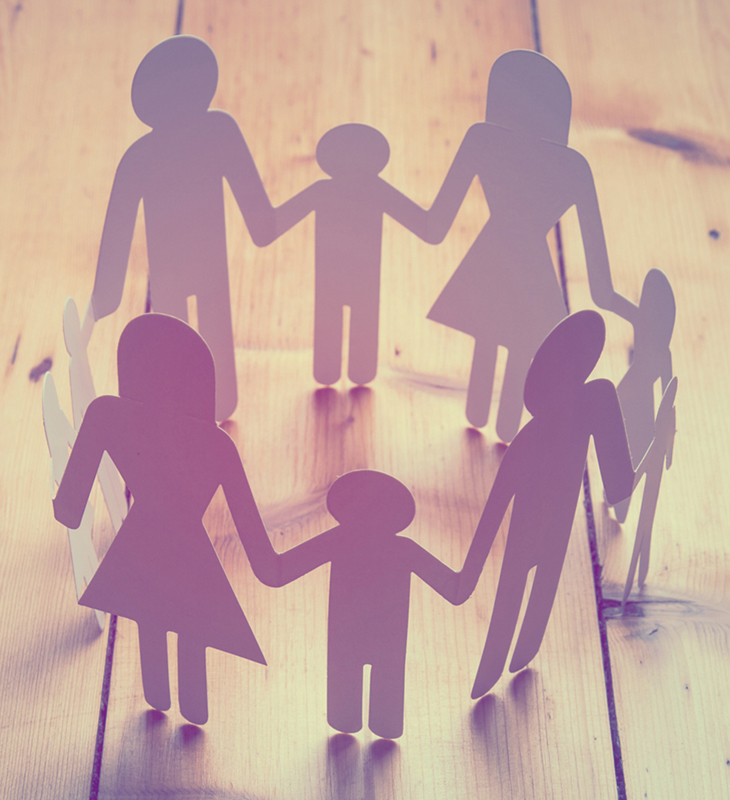 This only works, however, if there is involvement and buy-in from all concerned.

“It is so important to include the next generations in these discussions and to see them as an empowered partner that need to gradually become more and more involved,” Holder says.

“Engagement and being able to talk about things allow for the embedding of a culture and thought process into the succession period. It gives common and agreed upon ‘tramlines’ for future generations to follow.”

Prior agrees: “Succession is all about relationships—family disharmony, a lack of communication, and having different expectations and perceptions of what is fair can all work against successful transition. This is all the more so once the generations expand and there are more people. This is where the wealth is lost.”

“Having one that involves everyone means that a family getting to the third or fourth generation and beyond has an embedded and consensual approach and culture. How that might look is as individual as the family. But having this common stewardship and behaviour creates an accepted family culture and this is what works.”