Olga Vysokova on how to engage the next generation

The next generation of leaders have a vision for the future which is different to their parents and more strategic, says next-gen social entrepreneur Olga Vysokova. The next generation of leaders have a vision for the future which is different to their parents and more strategic, says next-gen social entrepreneur Olga Vysokova.

Vysokova, a London-based financial services professional, worked for her parent’s family business for more than a decade and co-founded the Global Next Gen Community in 2019.

She manages the not-for-profit community while sitting on the advisory board of her family bank, PJSC Center-invest. She encourages next-gen leaders to find a purpose, build an individual leadership style and gain an outside experience to bring back into the family office. She also tells current leaders to listen to their next-generation, offer them the freedom to make mistakes and not to judge them when it happens.

In an interview as part of the Agreus Intergenerational Thought Leadership series, Vysokova shares her first-hand experiences of how principals and their next generations can best engage with each other in family enterprises.

A vision for the future family

I was born in Russia and moved to London 17 years ago. I derive from a family of business owners who created their success at the first opportunity after the Soviet Union collapsed in 1992. I was lucky enough to earn my post-graduate degree in finance in London and after working for the family office [Center-invest Bank's European office in London] for over a decade, decided to pursue my own passions. Namely, empowering professional women and next-gen leaders. 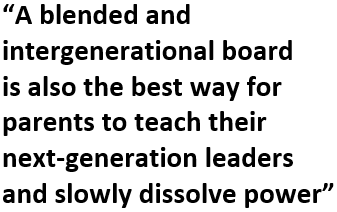 There are pros and cons to working for your family office, but for the last four or five years I have been less involved and sit on the advisory board where I have the time to focus on my two not-for-profits. This the best combination for me and something I think all next-gens and existing leaders should think about.

The next generation of leaders have a vision for the future which is different to their parents and more strategic. It is a combination of skills with the older generation caring more about wealth-preservation and the future of the business whereas the younger leaders care about future trends and tools that their parents might not have heard of. 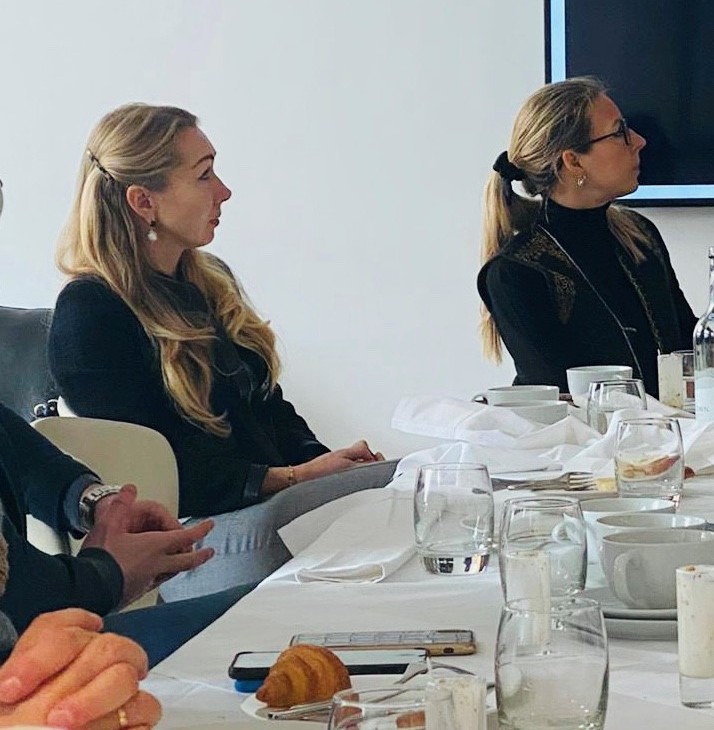 We talk about diversity of the board but it’s not just the diversity of person, but diversity of mindset and vision and I think it is the best combination to ensure the business will survive and live long after their patriarchs. A blended and intergenerational board is also the best way for parents to teach their next-generation leaders and slowly dissolve power.

In running the family office, one of the most difficult things for the parents is to do is to give away the power of decision making because they created it. Especially if we’re talking about the second generation. They have a full grasp of everything and cannot imagine their children taking over which puts a big pressure on the youngest generation who lack self-confidence as a result. They think they lack the capabilities to run the family office because they aren’t the same as their parents, but they shouldn’t be the same. They should appreciate their differences because they have the power to transform the business of a family office and adjust it to the fast-changing environment and economy.

Learning from my family office experience

I learned a great deal in my 10 years with the family. Working within a family office is the best business school you can ever imagine attending, but it is also the toughest school, especially when working with your parents.

It is quite challenging to put everything into one basket: Family, business, grandchildren, love and money. It is a very difficult situation to manage and some of the same problems that I faced, exist for next-gen leaders today. 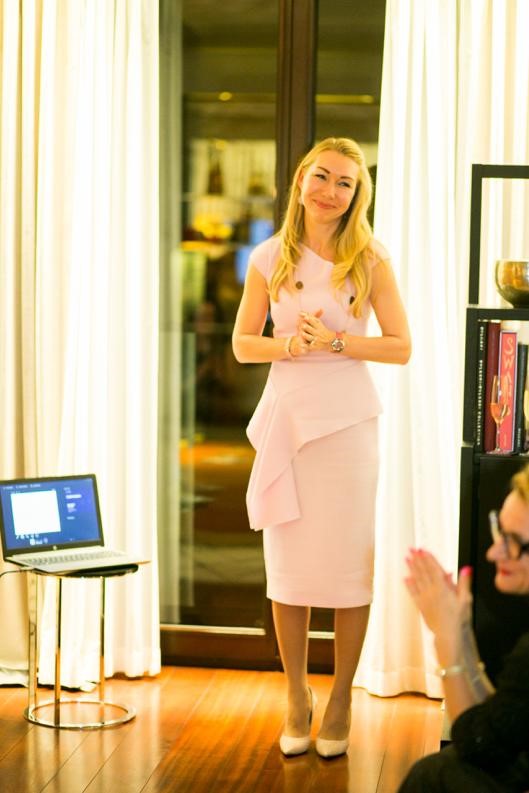 There are old problems and new problems. Next-gens have always felt unappreciated in their work, not valued for who they are, but more for whose children they are and also, undervalued because they are not as hungry.

On top of that, the new generation now needs a strong meaning of their purposefulness. This didn’t exist one or two generations before, but I think today it’s the biggest problem faced by next-gen leaders, this lack of purpose or meaning. It is very difficult to keep up with life when you do not have a purpose and most of the parents forget that they have to care and believe in the next generation, giving them the freedom to make their own mistakes as they were once allowed to.

The next generation has to be told that making mistakes is normal. They should be allowed to invest in the way they believe is right both emotionally, and financially. They can only learn from their own mistakes but most importantly, they should not be judged for making them. They believe if they make a mistake, the management of the family office will place a stigma upon them, one they will never lose and in the process, they lose self-confidence along with their purpose. It can be a tragedy but often results in the next-generation leaving the family office which is not a bad thing at all but actually the healthiest result.

Outside of the family office experience can be invaluable. It gives next-gen leaders something to bring back into the family office, both in terms of knowledge and life experience. They can argue with their patriarch or chief executive because they have developed a specialism, a voice and most importantly, a purpose.

Some next-gens are very soft which can also be a problem. If you have had a life laid out for you, you have never had to fight with your teeth or claws but, unfortunately, for some there also comes a point where you realise you may well have to fight within the family office. This is often the case when the family is on the fifth or sixth generation because there are members of the family that have been there for more than 50 years and not so used to change. There can be a lot of politics in terms of inheritance, succession planning and power and you have to learn to fight it and show the eagerness and willingness to fight for it. 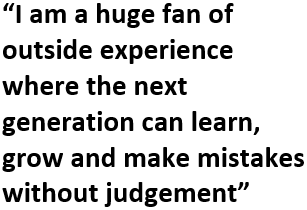 I am a huge fan of outside experience where the next generation can learn, grow and make mistakes without judgement.

The next-gens sometimes don’t have a choice. Not every parent is flexible, especially when we are talking about the second-generation. Parents have to be very creative, smart and tolerant in how they explain succession to their children, how they offer inheritance as a gift and not a punishment. A lot of parents have to be educated on how to give this money along with a purpose. It can be a blessing and a curse; I have seen both examples and they can be equally as sad.

While the next generation have a lot to learn both independently and from their patriarchs, they bring an incredible amount of positive change to the family office landscape. 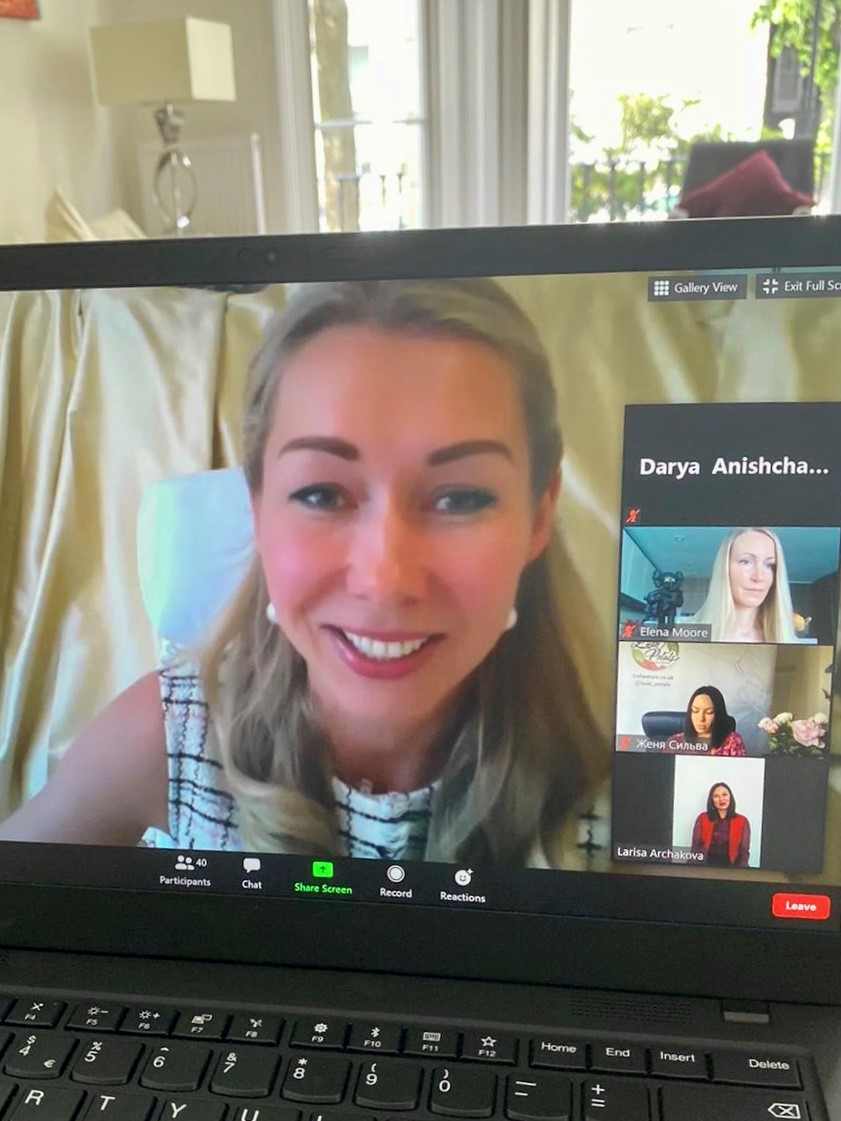 For starters, there has never been more diversity within this next generation. There are more girls eager to take over leadership which adds an entirely different dynamic and perspective to family offices. They are also very tech-orientated which means they can digitalise and modernise the services that their parents have created. Those who do not invest in technology today will not survive tomorrow and it is the next generation who are facilitating this.

The next generation make a beautiful big picture, formed of their parent’s values, their diverse skill-set and then their own ambitions which differ from the generation before them and includes the likes of impact investing and philanthropy. They are bigger-picture people, they think globally, they care about connectivity, networking and utilising a global network of acquaintances.

They are great future leaders because they are freer, they do not have as many personal restrictions and if you set them a task, they think about fulfilling it and providing a solution, not looking for problems. Nothing scares them and that is what I love about them. They make anything seem possible and if they do not have the resources to do it themselves, they will find an expert to do it for them.

Next-generation leaders act as though they know everything and are comfortable with the current modern world, but that isn’t enough to run a business nor is it enough to make profits within the business. What they need is the right guidance and to avoid the extremes. 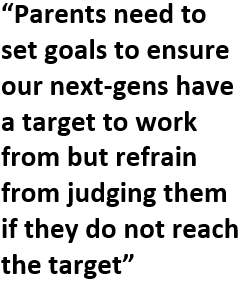 Some parents shower their children with material things and others strip them from everything and once they graduate from the best school or university, throw them out on the street and tell them to make their own money. They either make or break you and I disagree with both options and think there are more human ways of making our future leaders, one that involves giving them rules, responsibilities, and disciplines.

Parents need to set goals to ensure our next-gens have a target to work from but refrain from judging them if they do not reach the target. It is a learning experience and parents need to offer the freedom to experiment, to fail and to experience life as normal people. Of course, it is right to keep them a little bit hungry to stimulate achievement and growth, but they do not need to be starved.

Most importantly, parents need to understand that their children do not always want to succeed them and that there is always a route of involvement that next-gens can take without having the daunting position of leadership imposed of them.

Republished with permission from the Agreus white paper A Focus on Intergenerational Leadership within Family Offices.

Olga Vysokova is co-founder of The Global Next Gen Community, a membership organisation for inheritors of wealth and next generation family members from family offices and family businesses.

With a background in banking and international finance from Moscow (MGIMO) and London (Cass Business School), she has forged a professional career in banking. She is also a promoter of impact and sustainable investment and green finance around the world, as well as being an advocate for and leader in the next-gen movement.