Great power conflict has been rendered obsolete by the relentless advance of globalisation, material prosperity and the triumph of reason. So argued Norman Angell in The Great Illusion, published in 1910. Great power conflict has been rendered obsolete by the relentless advance of globalisation, material prosperity and the triumph of reason. So argued Norman Angell in The Great Illusion, published in 1910.

Four years later, World War I exploded out of thin air. It began what Marxist historian Eric Hobsbawm described as the “short Twentieth century”, which ended with the fall of the Soviet Union in 1991.

To latter-day Angells, the end of the Cold War heralded a similar “end of history”. The great matter of human political order had finally been settled. Liberal, market- friendly, capitalist democracies were in. Militarism, central planning, borders and totalitarianism were out. We had reached the last stop on the line of political and economic evolution.

During the short twentieth century, the tumult in world order proved ruinous for many investors. By contrast, the post-Cold War era—historically peaceful, supportive of (broadly) free trade, open markets and capitalism—has been exceptionally benign. World order has been stable for a generation, long enough to take for granted.

But the current system is not so much a self-sustaining rational construct as the product of Western—especially American—power. It is not the default option. World order is now changing fast, and not necessarily to investors’ advantage.

Why has this world order been so benign?

Our story begins in the early 1980s. Inflation and interest rates began falling, underpinning a Golden Age of Capital. For nearly 40 years, assets from equities and bonds to art and classic cars have delivered substantial real returns. Buy and hold—with some teeth-gritting in bear markets has worked.

Two tectonic shifts in world order have shaped this era: the (re-)emergence of China, and the end of the Cold War. China and the former USSR added massive new productive capacity to global markets. If you add India which began dismantling its regulatory Licence Raj in 1990—the three blocs added nearly half the world’s population to global markets in the historical blink of an eye.

US President George H W Bush heralded a “new world order”, in which American power would secure the world for capitalism, markets and democracy.

President Bush was realising an American dream dating from the foundation of the Republic. On the 1782 Great Seal of the United States, beneath the unfinished pyramid, runs a proclamation: Novus Ordo Seclorum, a new order of the ages. The proclamation's author, Charles Thomson, saw this as "the beginning of a new American Era". Hovering over the pyramid, the eye of providence casts its shimmering approval.

Bush Senior was involved perhaps more than anyone else in cementing the US-led world order as the Cold War ended. The pyramid reached higher. His recent death comes just as the order he championed faces its own existential questions. The pyramid remains unfinished, and under renewed threat.

Back to the 1990s, and dangerous currents are building. As capital chased higher returns in emerging markets, upward pressure on local currencies grew. Policymakers resisted, to keep exports competitive. Holding exchange rates artificially low, they recycled money back into global markets—especially US Treasuries and other dollar debt.

These price-insensitive purchases pushed down bond yields in the developed world. This drove both hunting and borrowing.

Hunting on the part of income-hungry investors, who went seeking income elsewhere, including in the sub-prime securitised products that were at the epicentre of the Great Financial Crisis. Borrowing across the developed world, by households and governments. Much of this borrowed money flowed back into emerging markets, chasing returns and cheap goods. Which put upward pressure on emerging currencies. And so the cycle continued.

In this world of greatly expanded supply, inflation was naturally lower. But rather than adjust their newly minted inflation-targeting regimes for a world of disinflation—as opposed to inflation - Western central bankers kept monetary policy inappropriately loose, encouraging higher asset prices and more debt.

At least two asset bubbles inflated: dotcom in the late 1990s, and the Credit Crunch in the mid-2000s. With each crisis, interest rates have been cut to new lows, creating fresh credit and asset bubbles, and encouraging further debt and fragility.

When rates hit zero in the late 2000s, unconventional measures such as quantitative easing were used. Interest rate distortions rippled through the financial ecosystem. Risk became widely mispriced. After a decade of extreme monetary distortions, it is likely that we are now in an ‘everything bubble’.

What of the political climate in the West? The wealthy becoming wealthier. Decades of slow growth in wages. Austerity and debt. Distortions within the eurozone. Backlashes against migration. And the effects of globalisation, notably the hollowing-out of traditional industries—and communities with them. These pressures are reshaping the political landscape, and they are doing so well beyond Brexit.

In 2000, European populist parties garnered around 8% of general election votes. In 2018, that figure was 27%—and rising.

The collapse of the political centre across the West increases the breadth of possible governments and policies.

Since populist parties often have radical economic agendas, the key danger for investors is that a political backlash will deliver a less stable, predictable and open world. A world of materially higher taxation, inflation and regulation. Despite Western governments’ straitened finances, demands for public spending are likely to grow, rather than diminish. (And if we are in another bubble, its collapse will create further political instability).

The shifting sands of domestic politics will also impact central banks. It remains to be seen whether they can maintain their independence in a more partisan era. President Trump’s trolling of the Federal Reserve suggests no one is safe. Since central bankers have backstopped asset prices for 30 years, a generational shift in market thinking may be needed. It seems likely that central bankers will ultimately be called upon to square the circle between demand for additional public spending and over-indebted governments. The net result? Deeper financial repression. Bad news for fiscally responsible savers.

Internationally, the stability provided by an American hegemon is eroding. Other Great Powers are (re-)emerging, challenging the norms of the existing order. It has become something of a cliché to proclaim a return to nineteenth century Great Power politics. This is a partial truth. Yes, America’s unipolar moment has passed; in its wake follows a host of competing powers, China foremost amongst them.

But the nineteenth century did have a hegemon: the United Kingdom. While never achieving the equivalent of America’s 1990s hyper-power status, Britain anchored the global system within Europe by supporting a balance of power, and beyond Europe through control of the oceans. Like America, it was broadly capitalist, market friendly, liberal and pro-trade.

The nineteenth century’s other Great Powers were predominantly Western. Rapid industrialisation created an enormous divergence in wealth and productive capacity, which enabled the Western-led order to dominate most of the rest.

The world order re-emerging is older. Today’s challenger states bear striking resemblance to the great contiguous land empires of AD 1700: Qing China, Mughal India, Peter the Great’s Russian Empire, Safavid Persia (Iran), and an Ottoman Empire centred on Turkey. European nations were thrashing it out like ferrets in a sack. Each civilization had very different ideas about how to order society and the world around it. China and India together accounted for a much higher share of global output than they do today. On a per capita basis, the economic world order was more level.

The breezy certainties of the post-Cold War consensus are gone. World order is in flux, and it’s all to play for.

Investors need to take note. The market impact of Cold War II: Chimerica is already being felt. The imposition of (inflationary) tariffs on trade. The blocking of Sino-Western technology deals by Western governments on national security grounds.

Protection will be challenging

So politics, nationally and internationally, is becoming more volatile. At the same time, many of the decades-long economic tailwinds are turning into headwinds. The Golden Age of Capital may be coming to an end.

The positive supply shocks of China’s re-emergence and the end of the Cold War are fading. The technology revolution continues apace, but the low-hanging fruit (offshoring, cutting out middle men) seems to have been picked—and eaten. Might even the internet become inflationary with greater regulation and balkanisation? Ageing looks set to encourage spending rather than saving—this creates new opportunities but perhaps also more inflationary pressure.

Robust global growth has helped to disguise some of these challenges—particularly record indebtedness and asset prices—and inflation still remains becalmed.

So, what happens next? 1960s America may offer an indication: a period of strong growth, low unemployment and little inflation, followed by a period of significantly higher inflation. 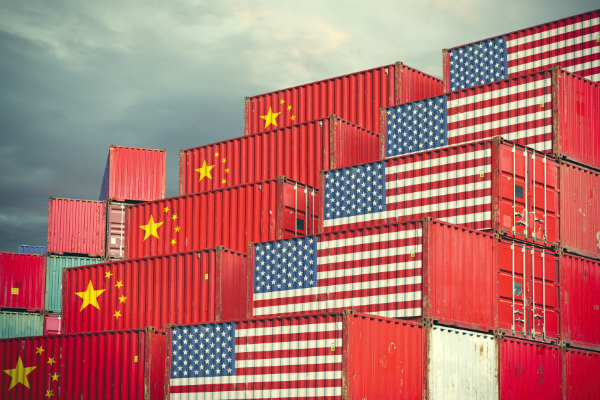 Interest rates had to rise sharply to contain the inflationary threat. Volatility shot up.

For investors, protecting against higher inflation, rates and volatility will be challenging. Conventional assets are already richly valued—on the assumption that inflation, rates and volatility will remain low. Bonds and equities could fall together, and sharply. This would mark another regime change: unusually, US stocks and bonds have been negatively correlated for 20 years.

Over the very long term the correlation has been modestly positive.

For those seeking to preserve capital, an historical reversion to the mean would make conventional portfolio diversification potentially less effective than it has been in recent decades.

1970s Britain offers a warning. Neither conventional bonds nor equities protected against the sudden increase of both inflation and interest rates. Investors endured up to 15 years of losses in real terms. And that's before punitive rates of taxation are factored in.

After an era of unprecedented stability, the emergent order looks increasingly disorderly, fragile and ultimately inflationary.

Long-term investors need to pay renewed attention to politics—both foreign and domestic—in a way they have not for a generation.

Related Content:
The Oval Office as the Trump family office
Letter from the US: ‘You all just got a lot richer’–for now