The reputation of Italian family businesses will escape unscathed despite news of yet another high-profile family being hit by allegations of tax avoidance, according to a family business academic. The reputation of Italian family businesses will escape unscathed despite news of yet another high-profile family being hit by allegations of tax avoidance, according to a family business academic.

This week, family-owned Prada announced that its two chief executives, Miuccia Prada and Patrizio Bertelli, are under investigation for inconsistent tax filings during the decade their holding company was based in Luxembourg.

It is not the first time Italian authorities have investigated a family behind a large consumer brand. Last year police seized €46 million worth of assets belonging to family-owned jeweller Bulgari in a tax evasion probe.

Professor Alfredo De Massis, director of the Centre for Family Business at Lancaster University Management School, says that the news has prompted some to question whether tax avoidance is the hallmark of Italian family businesses or the fashion industry at large.

“The common wisdom in Italy is that family-run firms have positive traits, particularly with regards to attitude and long-term vision. So from that perspective I believe it is unlikely that the Prada tax investigation is the cause of family business practice,” he said. 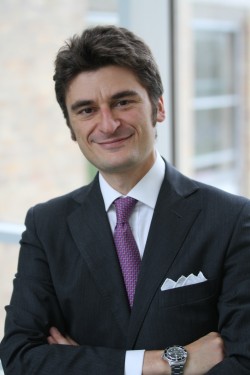 However, he says because family businesses are so often intertwined with the owners there is a possibility that negative feeling towards the family could trickle down into the business.

“If you compare this situation to a similar situation in a non-family firm there is a real danger that the issues could be amplified. Commercially speaking, I expect that the effect in financial terms will not be too high but that there will be some kind of effect,” he says.

De Massis suggests family business owners could be less likely to engage in tax avoidance when compared with non-family firms because the consequences to their reputation are too high. He also suggests that family-run firms pay particular attention to protecting the family from reputational damage and this might dissuade them from considering tax avoidance.

He says that tax avoidance varies depending on firm size, the degree of chief executive entrenchment, and the firm’s stock structure.

“It is important to remember that the investigation is still in its early stages and the Prada family have already begun defending themselves. Even so, it is likely that the news will have some effect on the reputation of Prada.”