How does a fifth-generation member of one of Europe’s most notable family businesses continue its long tradition of social consciousness? By launching a second career as an impact investing pioneer. Daniel Bardsley reports. How does a fifth-generation member of one of Europe’s most notable family businesses continue its long tradition of social consciousness? By launching a second career as an impact investing pioneer. Daniel Bardsley reports.

Many people, after two or three decades in one line of work, find the idea of reinventing themselves professionally appealing. In reality, only a minority go ahead with it and take the plunge. For Stephen Brenninkmeijer, however, such a career change was always part of the plan.

“We have a family business… we have a rule that you leave operational responsibilities when you are in your mid-50s. That was for me a great point to do that,” Brenninkmeijer says.

“Family entrepreneurs remain involved after retirement; you basically have a governance role, rather than an operational role. You can now start focusing on other things.”

The new focus for Brenninkmeijer—a fifth-generation member of the family that founded and still owns the international Dutch chain of fashion retail clothing stores C&A—is impact investing. Now aged 60, he invests in projects that aim to have beneficial impacts on society while also generating a financial return. Through his London-based Willows Investments, money has been invested in ventures ranging from the Social Stock Exchange to Auticon, that employs autistic adults to work in IT, and a company that helps disadvantaged communities make clothing under Fair Trade principles. There are many others. 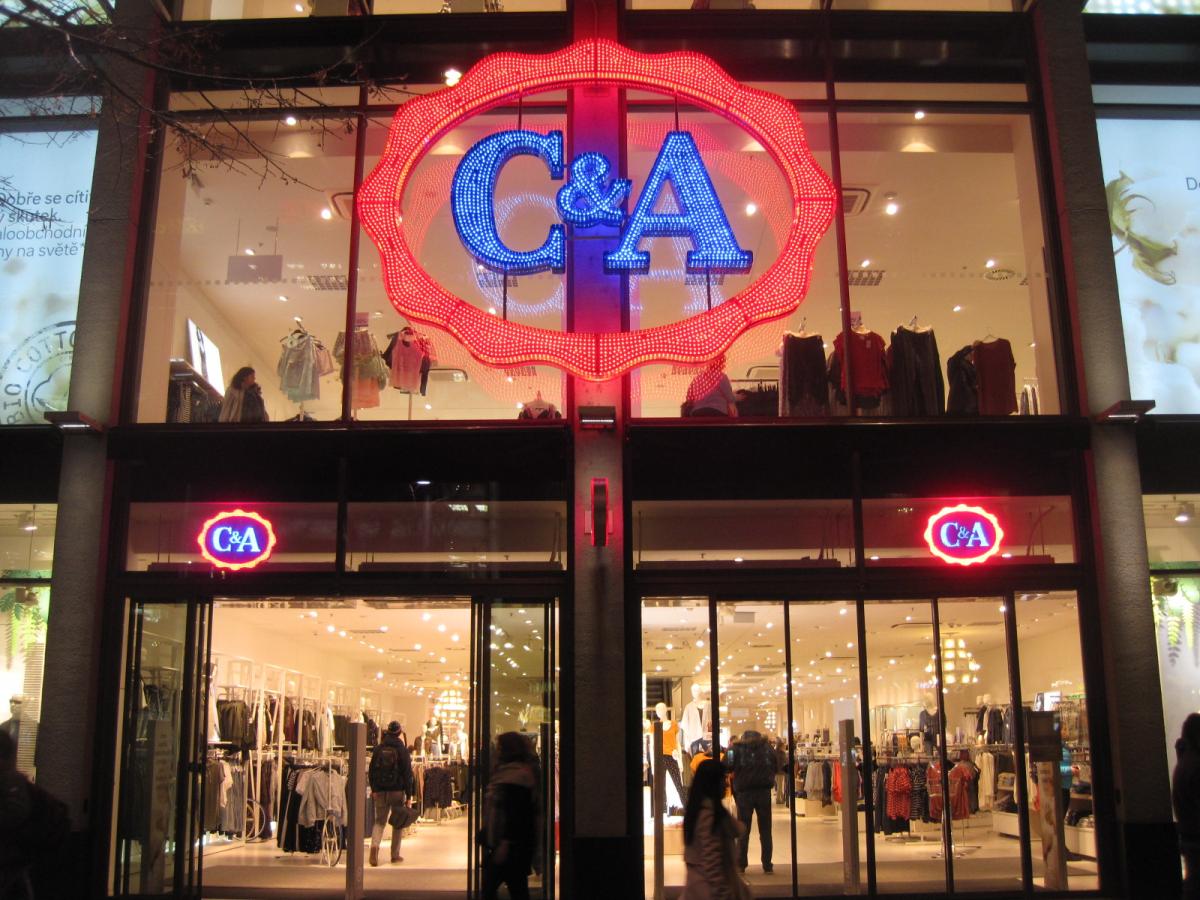 According to Brenninkmeijer, greater good can result when organisations receive investments instead of handouts. He does not see charitable aims as being incompatible with an entrepreneurial mindset.

He sees a multiplier effect in action: his investments can help spark the interest of others who are prepared to put in more capital to help projects to grow. It can “really generate a momentum”, he notes.

“That is what I like to do–to make a difference for people,” he says.

“When I started, the phrase ‘impact investment’ did not exist.” 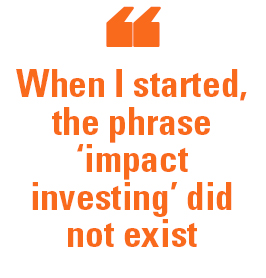 One of his investments has been the Grassroots Business Fund, on the board of which he sits. The fund supports sustainable businesses run by people in Africa, Asia, and Latin America. Typical of these enterprises is Alquimia, which helps smallholders in Paraguay sell their crops on international markets.

“As an investor and board member, I’m engaging with the chief executive and founder of Grassroots and I do a lot of field trips to Nairobi, Delhi, and Lima and get feedback,” Brenninkmeijer continues.

In considering the wider good, and not only the financial return, Brenninkmeijer is, in a way, following on from the example set by Clemens and August Brenninkmeijer, who founded C&A as a textiles company in 1841 and named the company after their first initials.

“Our founders did good in the community where they lived,” Brenninkmeijer says.

The family has its own philanthropic organisation, Porticus, which each year supports a multitude of projects worldwide in promoting education in poorer parts of the world, helping socially disadvantaged groups.

The Brenninkmeijers are a Roman Catholic Dutch family of German descent who have retained family ownership and management of C&A, which has about 2,000 stores across Brazil, China, Mexico, and 19 European countries, for more than 175 years. The company is one of Europe’s top five fashion retailers, but rarely discloses revenue figures. The University of St Gallen Global Family Business Index estimates C&A Mode’s annual revenues at $8.8 billion. 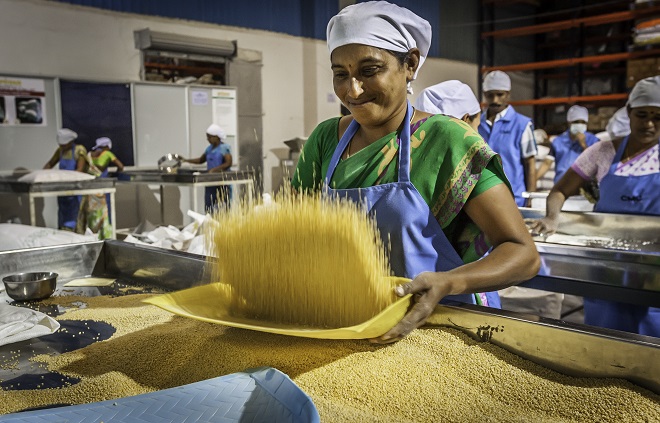 Stephen Brenninkmeijer joined C&A in 1975 and worked for 30 years with the company before launching what he describes as “a second career”. For the first several years of this second career his investments were made through the Andromeda Fund, an investment vehicle which he created. Andromeda attracted funds from Cofra Group, the Brenninkmeijer family’s holding company, which owns C&A, putting money into a series of companies covering myriad fields in many parts of the world. In certain cases, in addition to investments in return for equity, loans were made.

Brenninkmeijer took a hands-on approach to the projects selected by Andromeda: in some cases he sat on the board of the companies and oversaw their running. Some investments did especially well, notably one in a Dutch-based company that created a mobile phone network in several East African countries.

As would be expected, others yielded less positive results, among them an investment in, and a loan to, a handicraft retailer that had to be written off. There was also a 91% write-off of an investment in a South African firm that refurbished second hand PCs from the developed world with a view to selling them locally. Despite the inevitable misstep or two, the net result of the half a dozen or so investments by Andromeda was an impressive 23% rate of return.

At around the same time as Andromeda was created, responsAbility, a microfinance investment platform, was founded and Brenninkmeijer came on board as the first investor. Funds have gone into projects ranging from sustainable energy to organic agriculture, and responsAbility now manages $3.5 billion worth of assets. 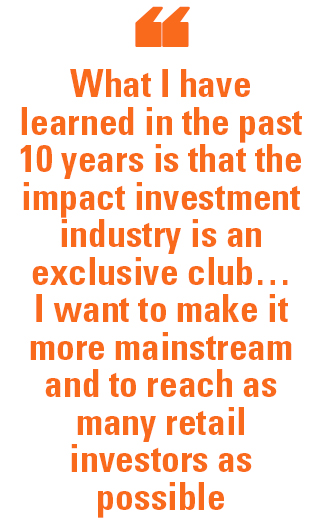 Willows Investments dates back to 2008, when Brenninkmeijer launched it to manage his future impact investment projects. As with Andromeda, both the balance sheet and the impact on society should be positive.

“I look for businesses which can create a social and financial impact,” Brenninkmeijer says.

“I work with people, and you have to understand how people tick, how trustworthy they are. I look at the management. Are they executing what they are planning well enough? Is it sustainable? Is it scalable?”

Willows Investments’ projects are as diverse as the parts of the world where they are based.

The Social Stock Exchange (SSX), of which Brenninkmeijer was chairman for seven years, is described as the first regulated exchange centred on firms with a positive social and environmental impact. The SSX uses the capital markets, offering a way for institutional and other investors to invest in mission-driven businesses.

“What I have learned in the past 10 years is that the impact investment industry is an exclusive club… I want to make it more mainstream and to reach as many retail investors as possible,” Brenninkmeijer adds.

“They want to engage with businesses whose purpose is as a force for good.”

One of Willows Investments’ project has seen Brenninkmeijer return to his fashion retailing roots. He has put money into People Tree, which produces clothing based on Fair Trade and environmentally-sensitive practices. People Tree typically uses organic cotton and other sustainable materials for its garments and has close links to rural communities in developing countries. Its fashions have been designed by celebrated names such as Dame Zandra Rhodes and modelled by British actress Emma Watson.

But Brenninkmeijer’s impact investing is not just about helping communities in the developing world. He is also an investor in the Ananda Social Investment Fund, which describes itself as “one of the leading venture capital investors for social enterprises in Europe”. Included in its portfolio is Auticon, which employs people with autism to work as IT consultants. Auticon launched in late 2011 and Brenninkmeijer has become involved and has been working with some of the people it employs. 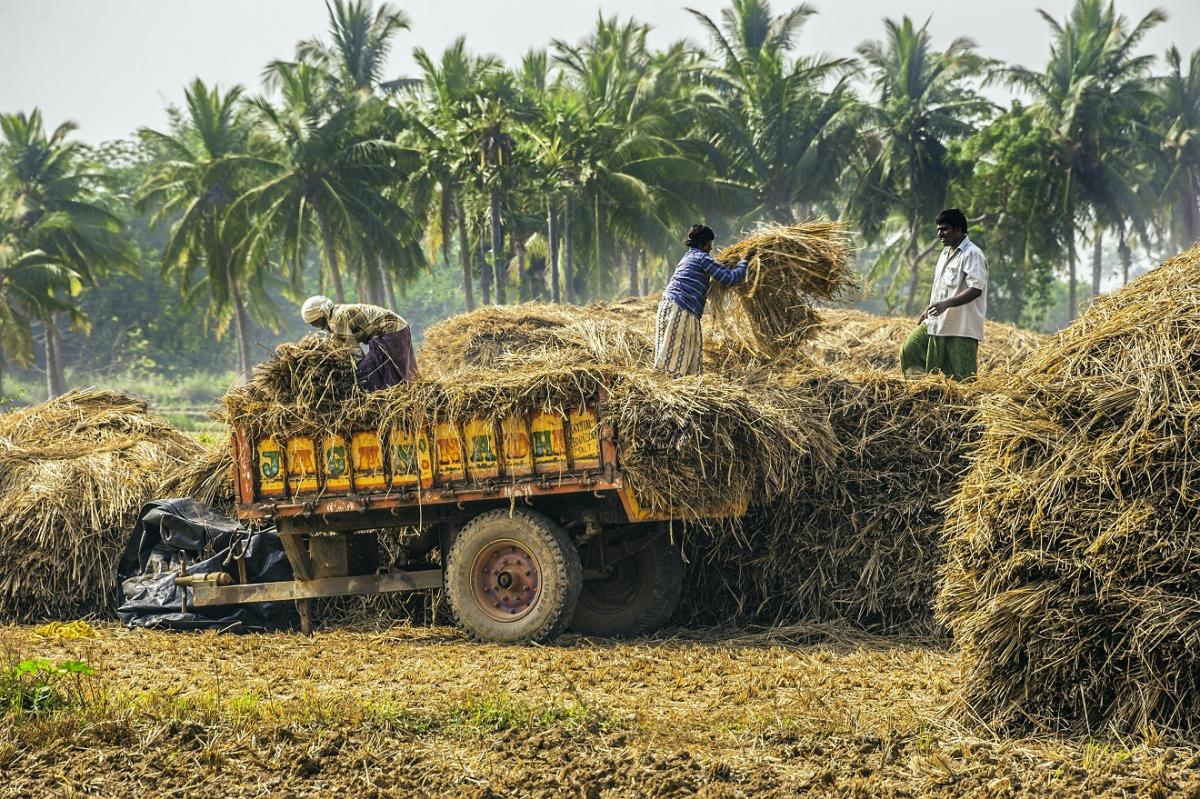 “You can really make a difference for them. Autistic people are often bullied. It starts at school; kids do not understand why this kid is different. Here is an organisation that helps focus on their strengths,” he says.

As well as giving opportunities to people whose abilities might have gone unrecognised, Auticon also offers, according to Brenninkmeijer, great benefits to the companies that use its services: the consultants are said to be highly productive.

This award-winning company has expanded rapidly and now has dozens of staff, the majority of them on the autism spectrum, while scores of client projects have been completed. Auticon recently launched in the UK with Sir Richard Branson and Virgin Group becoming investors in October 2016.

Brenninkmeijer is also involved with Teach First, a social enterprise that trains school teachers with a view to reducing educational inequalities, and an organisation with which he is developing a social impact bond, the type of action that typifies his hands-on approach.

What is the ideal type of impact investment? It is simple. Combine people-involvement with a financial stake, that’s Brenninkmeijer’s recipe for greater good.

Report reveals that family office participation in venture continues to grow
How the next gen is persuading family offices to invest ethically
Creating her own legacy: Melissa Sesana Grajales on family business, family office and investing for the future
Families make resilient impact investing returns but progress needed in evaluating social performance
Why Hong Kong business families of wealth are trailblazers in sustainable and impact investing