More than 5,000 single family offices are now in operation around the globe, according to a pioneering investigation by Campden Research, whose lead author believes it is the most accurate estimation to date. More than 5,000 single family offices are now in operation around the globe, according to a pioneering investigation by Campden Research, whose lead author believes it is the most accurate estimation to date.

The total figure of 5,300 family offices is seated at the lower end of current estimates: professional services firm Ernst & Young reported at least 10,000 single family offices in its 2016 EY Family Office Guide, while wealth advisor Family Office Exchange believes there are 6,000 in the United States alone.

Huge discrepancies between reported figures points to the difficulty in measuring the notoriously discreet family office sector, which until recently drew very little attention from both press and financial institutions alike.

“One advantage we have is that we are able to use our Global Family Office Report to understand the likelihood of an ultra-high net worth individual having a family office and then to adjust our estimation model for the nuances of each region.”

The University of York graduate said this regional split was the defining aspect of the research and it differentiated the Campden figure from other estimates—definitional differences, which sometimes included multi-family offices or commercial multi-family offices, may have also played a part, he added.

“We expect that due to varying financial sophistication there is likely to be a large variation across the regions,” Blackburn said.

“In general, it is much more likely that a wealthy family in the US or Europe will have a single family office, as they exist in more advanced financial markets than say Asia Pacific.”

While Asia Pacific is undoubtedly experiencing incredible levels of wealth growth, the team at Campden said the rate of growth in single family offices isn't the same as the growth in wealth for a number of reasons, including the fact that family wealth in the region is typically linked to operating businesses.

“We also tend to think that single family offices are much more closely associated with multiple generations of wealth, such as those seen across Europe and US, compared to Asia-Pacific where the wealth is still in the early generations,” he concluded.

Stuart Rutherford, director of research at Campden Wealth, said the decision to finally come up with a definitive figure for the global number of family offices stemmed from the firm’s obligations to its members and wider community to provide more accurate numbers into the marketplace.

“One of the biggest takeaways from our estimates are the significantly larger numbers of single family offices in the more developed parts of the world, specifically North America and Europe, which sit at 2,200 and 1,800 respectively,” Rutherford said.

Coinciding with the new GFO findings, UBS launched its new initiative to help ultra-high net worth families flourish across generations. The Family Office Compass, developed in conjunction with the Cambridge Institute for Family Enterprise, not only guides families in how to set up a state-of-the-art family office, but also offers them a perspective on the strategic role of a family office beyond traditional and short-term wealth management, UBS said, It demonstrates how a family office can guide the family from generation to generation, ensuring that members stay unified and preserve and grow its wealth. 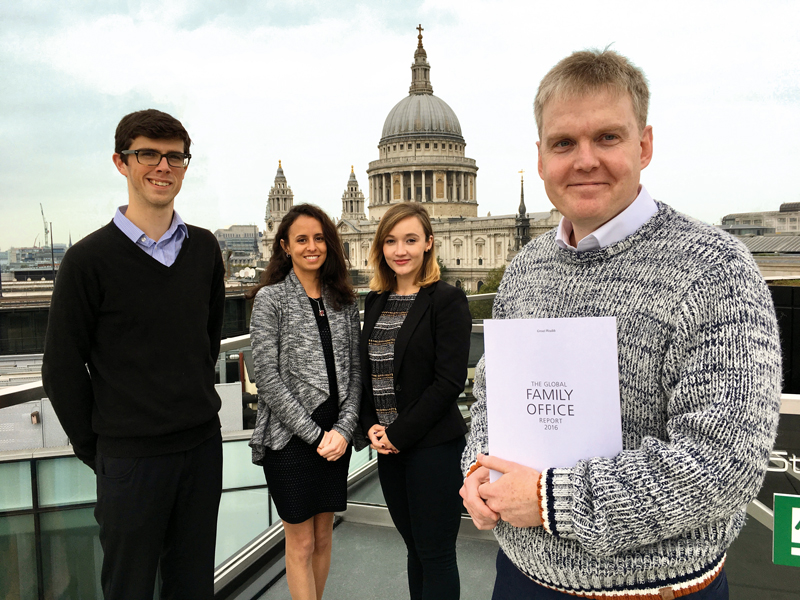 Why are family offices increasing sustainable investing?
Asia-Pacific Family Office Report: Inflation impact forces a focus on alternative investments, real estate and equities
Why are family offices in a cautious climate making the move to ‘risky’ digital assets?
Multigenerational philanthropy: Aligning family values for impact
Leadership through the lens: How to pass on experience and knowledge in a virtual working environment