Global cyber threat to businesses to grow in 2018

Business leaders are being urged by the World Economic Forum to boost their cybersecurity as the scale and sophistication of cyber-attacks is predicted to grow in 2018. Business leaders are being urged by the World Economic Forum to boost their cybersecurity as the scale and sophistication of cyber-attacks is predicted to grow in 2018.

Attacks against businesses have almost doubled in five years and incidents once considered extraordinary are becoming commonplace, the forum’s new Global Risks Report 2018 warned at its launch today. The financial impact of cybersecurity breaches was rising and some of the largest costs in 2017 related to ransomware attacks, which accounted for 64% of all malicious emails.

On the press conference panel for the report’s launch in London, John Drzik, president of global risk and digital at Marsh, compared the economic cost from a major cyber-attack to the more familiar damage from extreme weather events or natural disasters. He said cyber was relatively under resourced in risk management.

“The estimates now are that if an attacker took down a major cloud provider, the damages could be $50 billion to $120 billion, so something in the range of a Sandy event to a Katrina event. 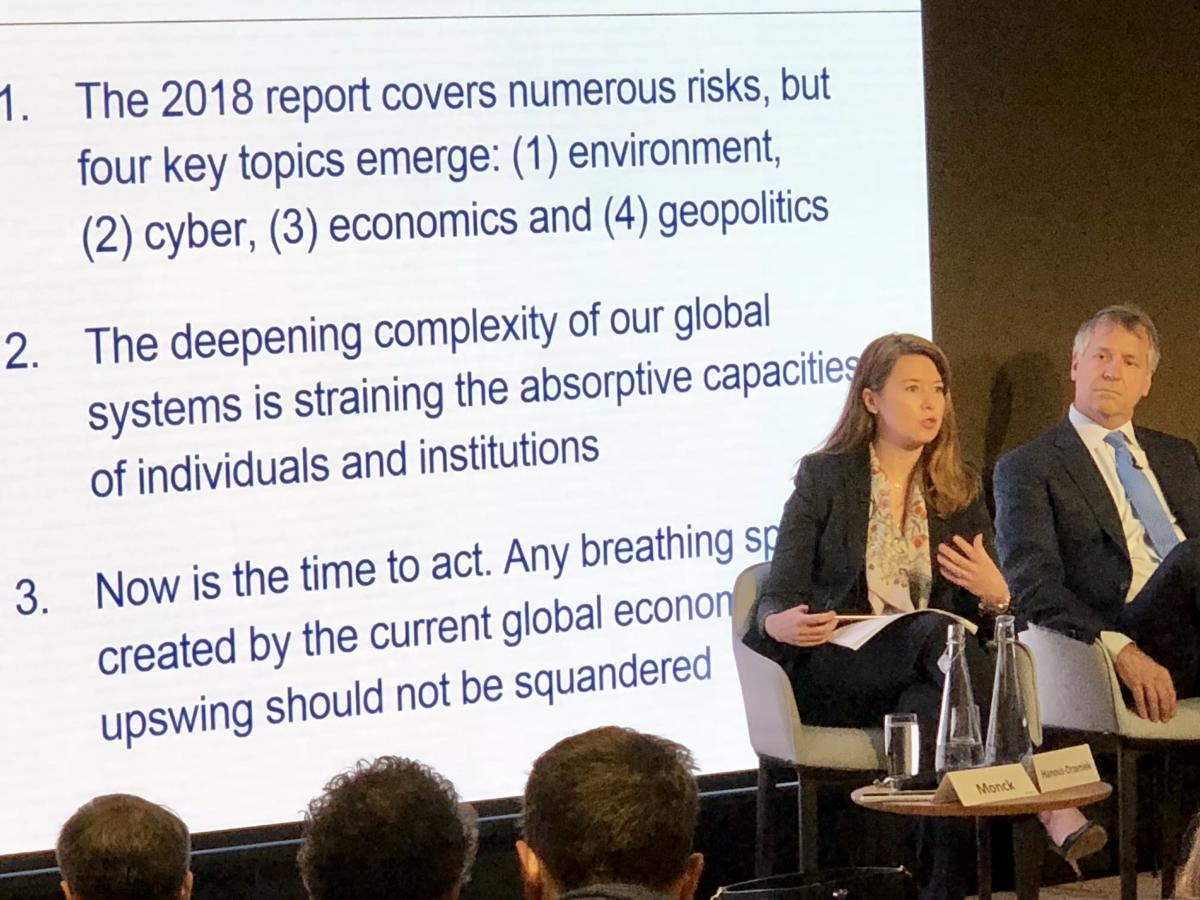 “The aggregate cost of cyber is now estimated by a number of sources at more than a trillion dollars per year versus the roughly $300 billion experienced in 2017 from losses to natural catastrophes and that was a record year.”

While the global economic outlook was positive and businesses were confident as 2018 began, it was no time for complacency, Drzik said.

“Cyber was very prevalent in this year’s Global Risks Report surveys. It was the number one risk across the business leadership that responded to our executive survey in advanced economies. It was also noted as the risk most likely to get worse in 2018 in the overall Global Risks Perception Survey.”

The report said in 2017 the WannaCry attack affected 300,000 computers across 150 countries. NotPetya caused quarterly losses of $300 million for a number of affected businesses.

“The scale and sophistication of attacks is going to grow and fuelled in part by geopolitical trends which could lead to more state-sponsored attacks, to add to the financially motivated attacks that are already out there,” Drzik said. 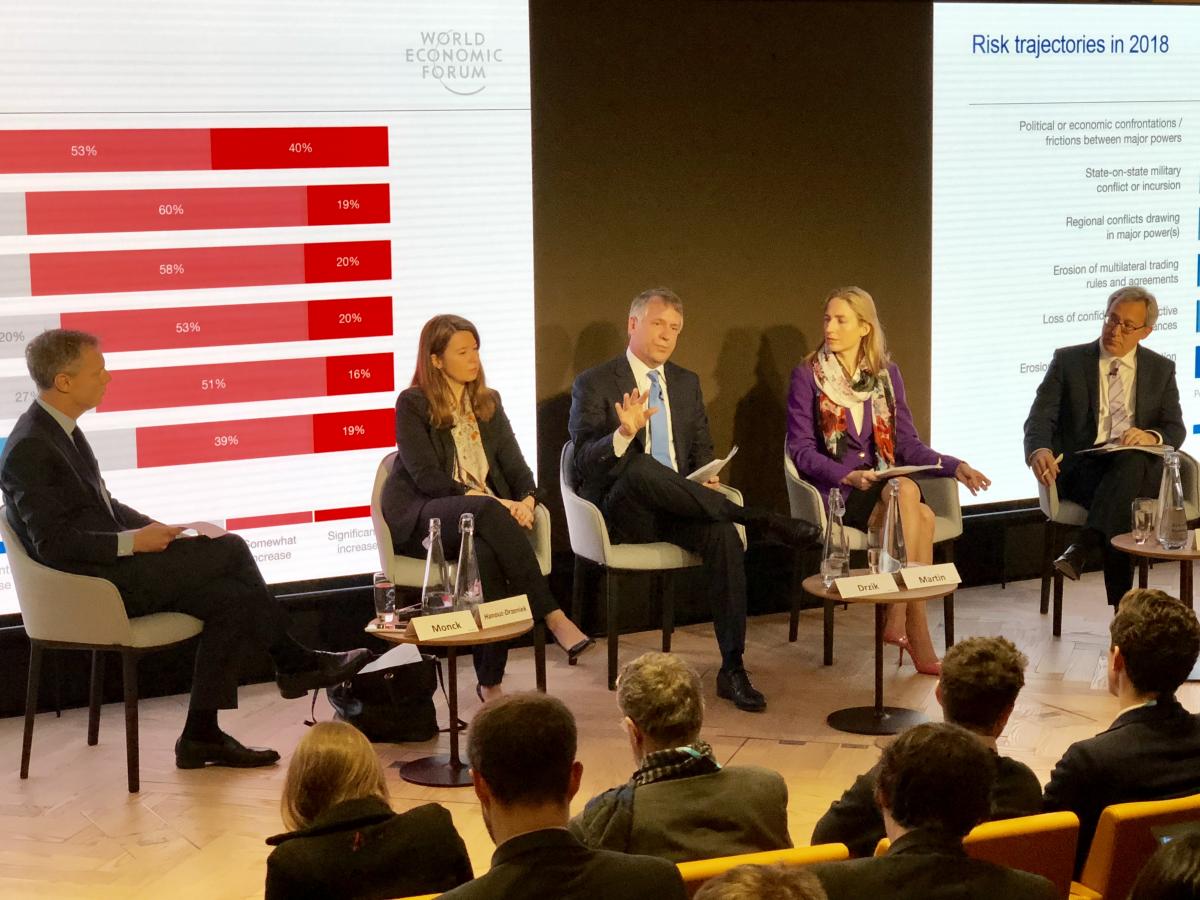 “At the same time as this increasing suite of attackers, you have cyber exposure growing for companies. I think about the proliferation of interconnected devices—there’s currently today 8.4 billion of those out there, so already greater than the global population of 7.6 billion, and projected to grow to 20 billion in 2020, so that just widens the attack surface for companies to potential attacks.

“The use of artificial intelligence and other emerging technologies is also leading to greater cyber exposure for companies, so I think looking forward both business and government need to think about increasing investment in cyber risk management.

Cyber was one of four risks discussed by a panel of experts at the press conference for the launch of the World Economic Forum’s Global Risks Report in Bloomberg London today. The environment, economics and geopolitics were the other risks spotlighted.

The cyber warnings echoed the worrying findings of Campden Wealth researchers who reported last year more than a third (38%) of families surveyed did not have a cybersecurity plan in place. Private and confidential: The Cyber Security Report, in partnership with Schillings, went on to reveal 42% never audited their publicly available data. 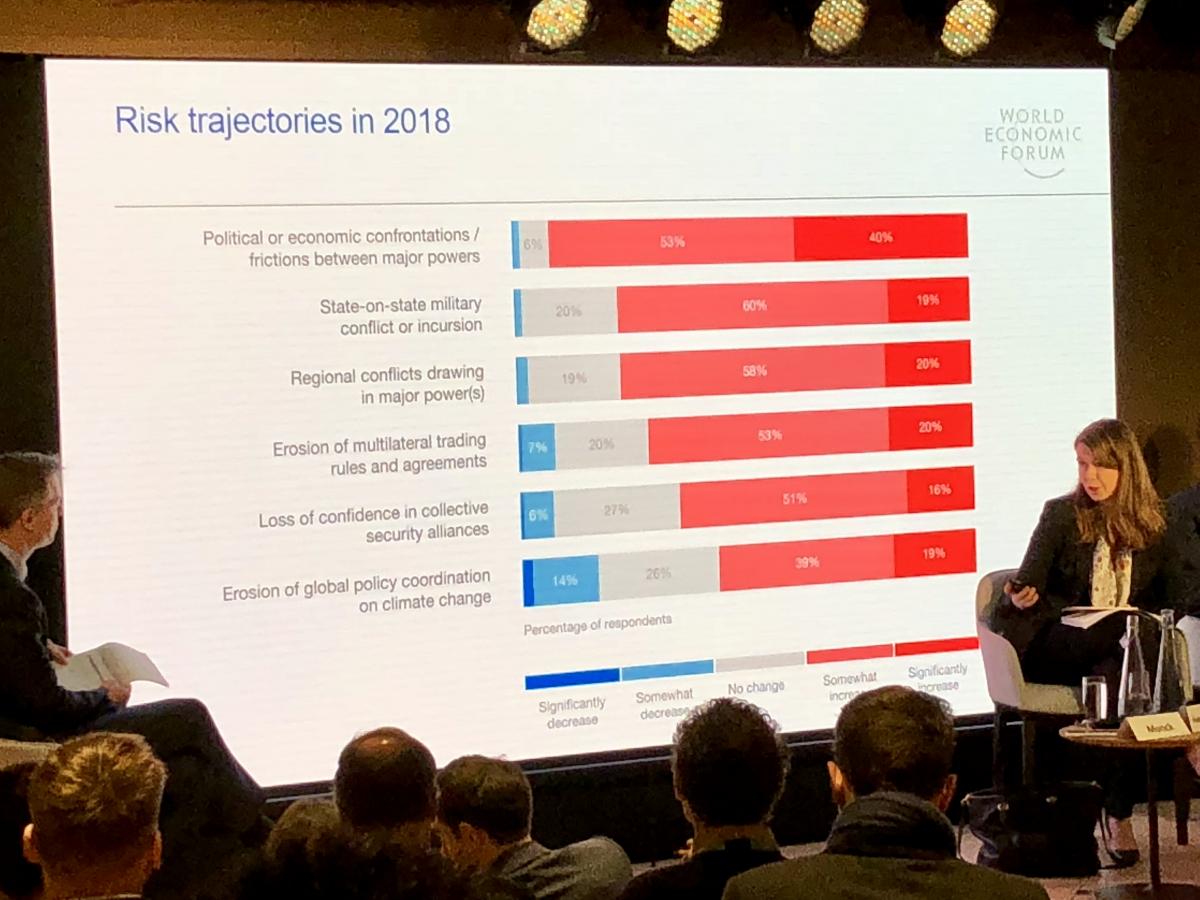 A quarter of families surveyed admitted they had experienced a cyber-attack in the past and more than one in 10 faced a loss or theft of their private and confidential data.

The Global Risks Report included the findings of the forum’s Global Risks Perception Survey. Almost 1,000 experts and decision-makers considered the likelihood and impact of 30 global risks over the next decade. Environmental and cyber risks dominated and the survey noted greater concern over geopolitical tensions.

Margareta Drzeniek-Hanouz, head of the forum’s Economic Progress Initiatives, said at the press conference 59% of survey respondents said they thought risks in general will increase in 2018.

“When we asked across a range of risks, the ones that came on top were related to geopolitical developments,” she said.

“‘Political or economic confrontations/frictions between major powers’, ‘State-on-state military conflict’ and ‘Regional conflict drawing in major powers’ were the top three, but really the top one was ‘Political or economic confrontations’, with 93% of respondents thinking they will somewhat increase or significantly increase in the coming year.”