The family made famous by the “nut rage” scandal is at the centre of renewed controversy, after its heiress allegedly threw water on people during a business meeting and smuggled goods into Korea illegally.

Korean Air Lines chairman Cho Yang-Ho’s youngest daughter Cho Hyun-min (also known as Emily), a senior vice president at the airline, is being investigated by police for the possible water assault, and by South Korean customs after allegations she and other family members bought luxury goods into the country without paying duty.

The chairman’s eldest daughter rose to global prominence in 2015 after she lost her temper at a steward on her family’s airline, after he served her macadamia nuts in a bag, rather than on a plate. She forced the plane to return to the gate, and was later jailed for five months for violating air safety laws.

Korean Airlines is a subsidiary of Hanjin Group, the conglomerate founded by Cho Yang-Ho's father in 1945. Its share price fell 7% following news of the latest family scandal, dubbed “water rage”.

The German academic publisher controlled by the Holtzbrinck family plans to raise €1.2 billion ($1.5 billion) in an IPO which will likely see their private equity partner exit the company.

Stefan von Holtzbrinck and his sister Monika Schoeller own 53% of publishing house Springer Nature via their family group Holtzbrinck Ventures, a mutation of the company they inherited from their father Georg. Presently, the other 47% is owned by private equity firm BC Partners.

Holtzbrinck told Handelsblatt the family had no intention of relinquishing control.

The listing will use a Kommanditgesellschaft auf Aktien (KGaA) structure, a type of mixed entity allowed by German corporate law which has elements of both a partnership and a corporation.

This means the family will retain privileges, irrespective of the number of shares they hold, including choosing and replacing top executives without consulting the shareholder board.

Electrolux, Mahindra Sanyo Special Steel, and L’Oreal are among the latest family-controlled companies that have committed to reducing emissions, in line with the internationally agreed goal of keeping global temperature rise to less than 2degC above pre-industrial times. 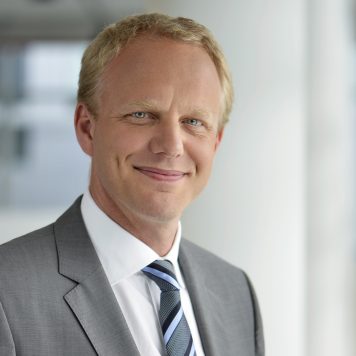 L’Oreal, controlled by the Bettencourts; Electrolux, owned by the Wallenbergs; and Mahindra Steel, 51% owned by the eponymous family, are all giants among the first 100 companies to comply with Science-Based Targets Initiative (SBTI) a programme for corporate climate action led by the UN.

The company said in a statement it will achieve its targets by driving product efficiency, eliminating high-impact greenhouse gases from products, and improving supply chain, and operational efficiency.

"With these ambitious climate targets for 2025, we are strengthening our commitment to be a sustainability leader in our industry," said Jonas Samuelson, Electrolux president (pictured).