Agnelli heir John Elkann in the driving seat of Stellantis

Elkann (pictured), 44, and his new management team launched Stellantis to the public and shares began trading this week. The board of directors includes Elkann as chairman and Carlos Tavares, 62, former chief operating officer at Renault, as chief executive, alongside nine non-executive directors. The board appointed an audit committee, a remuneration committee and a governance and sustainability committee.

Headquartered in the Netherlands with 400,000 employees in 50 countries, Stellantis became the fourth largest car maker in the world and third largest by revenue, with annual sales of 8.7 million units and combined revenues of nearly €170 billion ($206 billion). The synergising Italian-American and French combination was estimated to save €3.7 billion ($4.5 billion) in costs, without closing any plants. 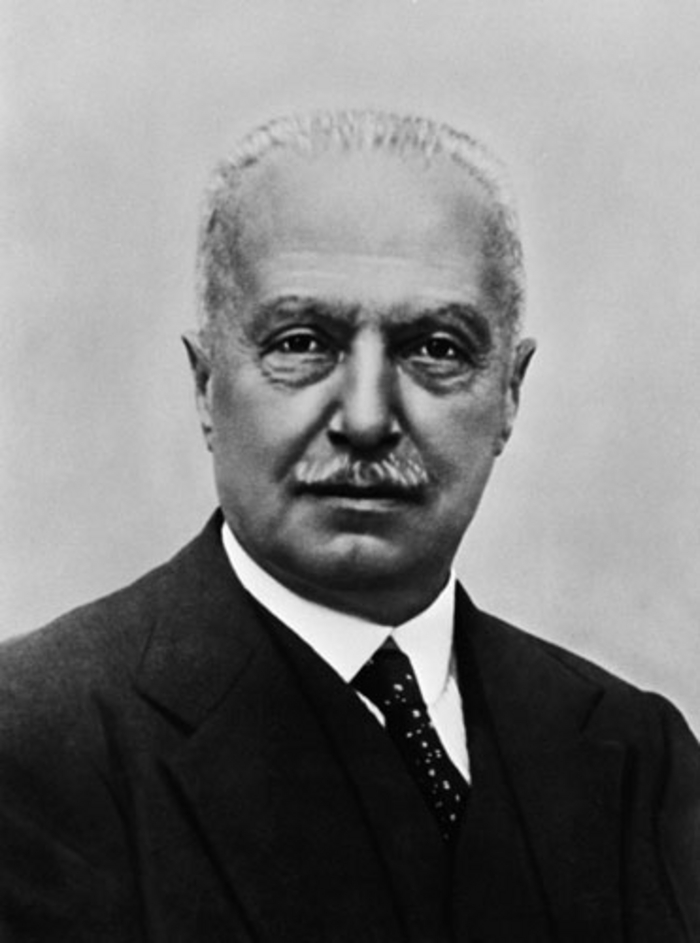 Stellantis is the corporate name—the 14 car marques and logos within the group, including Fiat founded by Elkann’s great-great-grandfather Giovanni Agnelli (pictured), will remain unchanged. The group declared it will have 39 electrified vehicles on the market by the end of 2021.

“It is no coincidence that Stellantis is born precisely when our world requires a new kind of automotive company that will champion clean and intelligent solutions to provide freedom of movement for all,” Elkann said.

“Our global scale and reach provide us with the resources to invest in state-of-the-art technologies, distinctive excellence and unmatched choice for our customers. But it is the geographic and cultural diversity of Stellantis’ people that from day one is our greatest competitive advantage. It is they, with their energy, their knowhow and their constant commitment who make Stellantis what it is today. And it is they who day-by-day will build an even greater company for this new era of mobility.”

Families are at the forefront as the global auto industry transforms from its combustion engine past to renewable future, spurred on by technological innovations and tightening emissions legislation. The Ford family, the Toyoda family, the Porsche-Piech family behind Volkswagen, the Quandt family of BMW and the Chung family in control of Hyundai have all plugged into the autonomous driving, renewable fuels, including electricity and hydrogen, and even flying cars.

Lee Jae Yong, heir apparent of Samsung, has been sentenced to more than two years in prison, which could jeopardise his long-awaited official succession to the chairmanship.

Lee (pictured), 52, was found guilty of bribery and embezzlement and sentenced by a high court in Seoul this week in a retrial over a bribery scandal involving South Korea’s former president Park Geun-hye. She had her 20-year prison term on bribery and other crimes upheld earlier this month.

Lee “actively provided bribes and implicitly asked the president to use her power to help his smooth succession,” the court verdict said.

As the eldest child and only son of Lee Kun-hee, the second-generation chairman of Samsung Group, Lee Jae Yong, also known as Jay Y Lee, was considered by many South Koreans as the “Crown Prince of Samsung”. He joined the family-controlled tech giant in 1991 and officially served as vice chairman since 2012. However, he has been the de facto chairman of Samsung since 2014 when his reclusive father suffered a heart attack that left him incapacitated in care.

Lee Kun-hee died in October 2020, aged 78, which triggered speculation on the future of the chaebol. The Lee family was expected to be confronted by a huge inheritance tax bill under South Korean law in the months after the chairman’s death. The family could be forced to sell assets from their influential $225 billion empire to cover costs. The crisis will not be helped by the potential leadership vacuum caused by Lee Jae Yong’s imprisonment for two years and six months, although he would have 18 months remaining if time already served in detention was counted.

Baron Benjamin de Rothschild, an heir of the banking dynasty, is being hailed as a “visionary entrepreneur” and “active philanthropist” after his death of a heart attack at the age of 57.

The financier died at his home in Pregny, Switzerland, on 15 January. He is survived by his wife Ariane de Rothschild (both pictured), 55, also a financier, their daughters Noemie, Alice, Eve and Olivia, and his mother, Nadine de Rothschild, 88.

“I knew from the age of four—I was an only child,” he reportedly said.

“It was always clear and I was educated for it. It was clear that I would not go to work for a cellular phone company and that I would not launch a windmill business. I knew I would be a banker.”

De Rothschild studied business and management at Pepperdine University near Malibu in 1984 then returned to Europe to work as a financial consultant. He became chairman of Fondation de la Compagnie Benjamin de Rothschild in 1989 and chairman of Edmond de Rothschild Holding in 1997, in addition to holding multiple directorships.

The well-connected baron shunned politics and parties. His personal fortune of $1.1 billion, according to Forbes, enabled him to indulge his thrill-seeking pursuits. He founded and owned Gitana Team, a Brittany-based offshore racing venture, supported Le Mans 24-hour race teams and collected rare vehicles, including Ferrari Formula One racing cars.

The Edmond de Rothschild Group said the thoughts and condolences of the group's employees went out to his wife, children and family.

“With his unique character, Benjamin de Rothschild never ceased to transform and modernise his legacy, in line with the family's values.”

Asked what happens next for the family-owned group, a spokeswoman told CampdenFB Ariane de Rothschild remains chairwoman of the board of directors of Edmond de Rothschild (Switzerland).

“She will also be chairwoman of the board of directors of the group's umbrella holding company (Edmond de Rothschild Holding SA), succeeding her husband. The group’s governance is solid. There is no impact on the strategy pursued by the bank.”