US billionaire tech entrepreneur, philanthropist and former presidential candidate Ross Perot has died at aged 89, with his five children taking over the family business.

James Fuller, a representative for the Perot family, said Perot, who ran for president in 1992 and 1996 passed away at his home in Dallas, Texas surrounded by his family after battling leukaemia for five months.

“Mr Perot was a true patriot and a dedicated humanitarian—he will be missed greatly,” Fuller said.

Perot is survived by his wife Margot, five children, 16 grandchildren and a vast business empire. All five children—one son and four daughters have joined the family business.

Ross Perot Jr, 60, is the chairman of the family’s investment arm Perot Group and heads the group’s real estate company Hillwood. Nancy Perot, 59, is a director of Petrus Management, which oversees the Perot Companies’ business activities and interests.

Suzanne Perot Mcgee, 54, founded the Perot Museum of Nature and Science in Dallas in honour of her parents and Carolyn Perot Rathjen, 51, serves as the chairman of the museum. His youngest, Katherine Perot Reeves, is director of the Perot Foundation along with her four siblings.

Perot (pictured) made his billions through his computer systems work, founding information technology and services company Electronic Data Systems. According to Forbes, Perot was worth $4.1 billion at the time of his death. 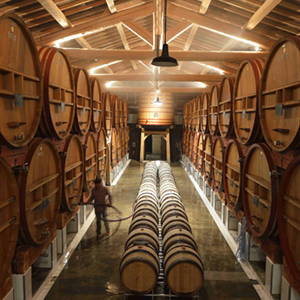 Marc Perrin, member of family-owned wine producer Famille Perrin, has been appointed president of Primum Familiae Vini (PFV), an international association of some of the world’s oldest wine producing families from France, Italy, Portugal and Spain.

Perrin succeeds Hubert de Billy of Champagne Pol Roger for a year before the position is handed to another member.

“At Famille Perrin, we strongly believe in family’s sustainability and it is an honour to have been welcomed by this great association to take part in this amazing adventure,” Perrin said in his presidential message.

“It is my duty and pleasure to thank my predecessor Hubert de Billy for the great job he did and all the energy he put into it.”

PFV was created in 1992 and membership is by invitation only, with a maximum of 12 families contributing generations of experience, which aims to promote the traditions and values of family owned wine companies for future generations.

Famille Perrin are the owners of Chateau de Beaucastel, a Rhone winery in Orange, Vaucluse, France. They were named Wine Family of the Year 2018 at the 14th Meiniger Awards—Excllence in Wine and Spirit organised by German publisher Meininger Verlag and have been a member of the PFV since 2006. 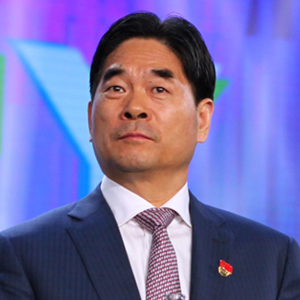 The Shanghai-based company, known in China by the name of its subsidiary, Seazen Holdings, said in a stock exchange filing it had removed Wang as chairman of the company and his son, Wang Xiaosong, would succeed.

It also issued an open letter apologising for its founder’s behaviour.

“We are deeply troubled, shocked and upset about the fact that it is our company’s founder who caused this storm,” the company said.

“We, as well as the public, think juveniles are the future of the society and any behaviour that harms them should be punished by the law.”

Wang (pictured), the controlling shareholder of Future Land, has an estimated net worth of ¥17 billion ($2.47 billion), according to Forbes China.

He also controls Hong Kong-listed property management affiliate S-Enjoy Service Group, which acknowledged Wang’s detention in a stock exchange filing, but said it was not related to the company’s operations, which “remain normal”.

After the announcement of the Wang arrest, about $5.4 billion was wiped off the value of the real estate empire when its shares plunged by 36%.

“In our view, the seriousness of the allegation and sudden change in leadership could have severe repercussions for Future Land’s reputation and brand name,” S&P Global Ratings said in a statement.