Lee Shau-Kee, Hong Kong’s second-wealthiest man, has retired as chairman of Henderson Land Development, handing over the reins of his property company to his two sons.

In a stock exchange filing, Henderson said Lee, who turned 90 in March, stepped away “due to his advanced age” and would be succeeded by his two sons Peter Lee Ka-kit and Martin Lee Ka-shing, who will take over as joint chairmen and managing directors.

In a statement, Lee said he would remain involved and advise on important decisions at the company as a director and was confident his two sons would work well as a team.

“Ka-kit is flexible while Ka-shing is practical,” Lee said.

“In the past few years, I have gradually faded from the frontline. Many things were done by the two of them. They all did well and have achieved perfection.”

Pentland-owned Speedo teams up with House of Holland

The new range incorporates designer Henry Holland’s signature bold prints and bright colours, which was inspired and based on the surfing beaches of Mexico and California and the traditional textiles of Peru.

“We are delighted to collaborate with House of Holland on this collection,” Rob Hicking, brand director at Speedo, said.

“It has been fantastic working with Henry [Holland] and we’re really excited to launch this collection alongside him.”

Third-generation Pentland Group is owned by London-based Stephen Rubin (pictured with son Andy). His son, Andy Rubin, is chairman of the group, which is a global brand management company in the sports, outdoor and fashion markets. In addition to being the majority owner of JD Sports Fashion, the $3 billion group owns Speedo, Berghaus, Canterbury of New Zealand, Endura, Mitre, Ellesse, Boxfresh, Sea Vees, KangaROOS and Red or Dead.

It is also the global licensee for Ted Baker footwear and Kickers in the UK and has a joint venture partnership for Lacoste footwear. 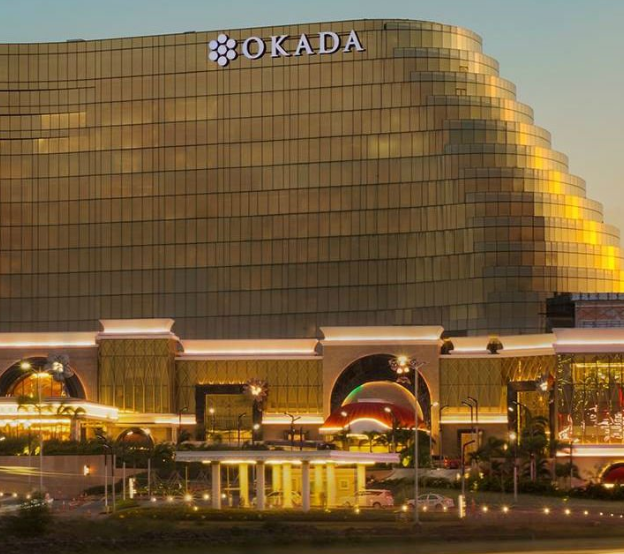 Japanese billionaire and art collector Kazuo Okada is suing executives of Universal Entertainment and its subsidiary Tiger Resort Leisure Entertainment, including his estranged wife and son, for conspiring to remove him from the company he owned and founded.

Okada filed the case against his protégé Jun Fujimoto, his son Tomohiro Okada, his wife Takako Okada, and Kenshi Asano, director of Okada’s holding company, which controls various casinos in the region, including Okada Manila.

The Okada complaint, filed before the Office of the City Prosecutor of Paranaque, alleges the group “conspired together to wilfully, unlawfully and feloniously seize his ownership rights and interest in TRLEI without his consent”.

Okada founded Universal Entertainment in 1969, but was removed in 2017 from the company and TRLEI on allegations of financial mismanagement. The board claimed he stole $17.2 million from the company to purchase artwork for his private collection. However, in February, the Hong Kong Independent Commission Against Corruption ruled he had not violated any laws.