Prestat is Buckingham Palace’s chocolate truffle supplier and is said to be the inspiration for Roald Dahl’s book Charlie and the Chocolate Factory.

Illy, owner of ones of Italy’s most famous coffee brands illycaffe and winner of CampdenFB’s Top Sustainable Family Business Award in 2015, has been diversifying into premium chocolate, tea and wine brands.

The family already own Italian chocolatier Domori, which it bought in 2006, and wine company Matrojanni. It also has stakes in French tea maker Dammann Freres, and jam maker Agrimontana.

Illy did not disclose the financial terms for its acquisition of Prestat, but Riccardo Illy (pictured), president of Illy Group and third generation family member, told the Financial Times he had been courting the truffle maker for two years.

“Where Domori goes from bean to chocolate, Prestat goes from chocolate to truffles—it is perfectly integrated,” he said.

“We have a similar approach philosophically. Both companies are looking at producing and selling super premium products.”

In a statement, Bill Keeling, Prestat co-owner, said Domori will provide rare Criollo cocoa to Prestat, while Illy will help the confectioner expand its brand.

Founded in 1933 in Trieste by Francesco Illy, Illy Group is today led by the third generation of the family with Andrea Illy as its chairman. It reported revenues of €467 million ($560 million) in 2017.

Prestat was founded in 1902 by pastry chef Louis DuFour who created the first chocolate truffles in 1895 in Chambery, France. In 1988 the company was bought by Nick Crean and Bill Keeling—who are now co-general managers. It supplies chains such as Selfridges, Harrods, Harvey Nichols, and Daylesford, and exports its chocolates all over the world, including Japan, Australia, Singapore, and Dubai. The company posted revenues of $7 million in 2018.

Family-backed real estate investment firm Queensgate has taken over ownership of four Grange Hotels in central London in a deal worth £1.17 billion ($2.2 billion).

The company has acquired the Grange’s upmarket hotels at St Paul’s, Tower Bridge, the City and Holborn (pictured) from previous founders the Martharu brothers. In total, the portfolio comprises 1,345 rooms and about 86,000 sqm of real estate.

Queensgate said the four hotels would be run by Israeli hotel group Fattal, a €2 billion ($2.2 billion) hospitality company with 200 hotels across 18 countries. It said the Fattal Group would also carry out refurbishments across all four sites.

“Queensgate is proud to have completed this milestone acquisition, which represents circa 1 million sq ft. of high quality central London hotels and delivers superior cash on cash returns for our investors,” Jason Kow, chief executive of Queensgate Investments, said.

A spokesman for Grange Hotels said the brothers were delighted with the outcome of the transaction.

“We acquired, developed, and constructed the portfolio over a period of 20 years,” he said.

“The four hotels give the purchaser immediate scale in excellent locations, in one of the most highly sought-after and dynamic markets in the world.”

The Matharu brothers—Harpal, Raj, and Tony—founded the Grange Hotels in 1980. It is one of London’s largest privately-held hotel groups. Through acquisitions, the brothers grew the hotel portfolio to 17 strategically-located upscale hotels, mainly in central London—all converted from empty office space.

Queensgate Investments advises and manages about £3 billion ($3.4 billion) worth of assets through Queensgate Investment Funds. It is a partnership between former head of special situations at London and Regional Properties, Jason Kow, UK real-estate focused multi-family office Alvarium Investments (formerly known as Ll Partnership), which manages $15 billion of AUM for about 250 families, Hong Kong family-owned entrepreneurial company Peterson Group, and Dilmun—a family office in New York, which manages money for a member of the Qatari royal family. 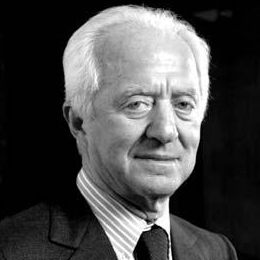 Leonardo Del Vecchio, the top shareholder of EssilorLuxottica, has sought to ease governance concerns at the recently merged Italian-Franco group by clarifying he would not insist on his right-hand man becoming chief executive of the company.

Italy’s Luxottica, known for brands such as Ray Ban and Perisol, and France’s Essilor, leaders in ophthalmic lenses, merged last October. The group just launched the search for a new chief executive, who will be appointed by the end of next year.

The issue came into focus last week after a Financial Times report said both the French and Italian sides were pushing their own candidates for the job.

Last November, Del Vecchio (pictured), founder of Luxottica and largest shareholder of the merged group with 38%, publicly backed his right-hand man Francesco Milleri for the role—a prospect which irked the French side.

“It is my intention to put him forward as the chief executive of EssilorLuxottica,” he told Italian media at the time. He added he had already delegated day-to-day operational activities to him.

However, in a bid to clarify the situation, last week a spokesman from Delfin, the holding company of Del Vecchio, told Reuters Del Vecchio’s comments in November “shouldn’t be interpreted as his desire to appoint Francesco Milleri as chief executive of EssilorLuxottica” rather he was “expressing his desire to delegate Mr Milleri some operational function of his role as executive chairman of EssilorLuxottica to be exercised jointly with [Essilor chief executive] Mr Sagnieres”.

The spokesman said under the terms of the merger, Del Vecchio and Sagnieres would share powers for the first three years.

“Delfin wants to respect all the merger agreements,” the spokesman said.

An Essilor spokesman said any decision taken solely by the executive chairman and not the group’s board would constitute a takeover.

“Only the EssilorLuxottica board will decide on the key executives including the chief executive,” he said.

“A unilateral nomination by the executive chairman is a sign of a takeover with no premium to shareholders of Essilor.”

Two sources close to Essilor told Reuters EssilorLuxottica would hold a board meeting to address governance issues and other merger-related topics on 18 March.

Del Vecchio founded Luxottica in 1961 in Italy at the age of 25. Over the years, Luxottica acquired Sunglass Hut, Ray Ban, and Oakley and grew to make glasses for virtually every brand, including Bulgari and Chanel. Del Vecchio returned to control in 2016 after a succession of departures by non-family chief executives. Luxottica Group posted a revenue of €9.1 billion ($10.3 billion). His son, Claudio, owns the oldest men’s clothier in the US, Brooks Brothers, which he bought in 2001.