The completion of the Agnelli family’s €104.2 million ($121 million) buy back of control of GEDI from the De Benedetti family came at a fortuitous time as Italy’s largest editorial group suffers in the first half of the year of the coronavirus.

After a proposal last December, the Agnelli clan’s holding company Exor finalised in April its acquisition of a controlling 44% stake, up from 6%, in GEDI Gruppo Editoriale. GEDI is the Rome-headquartered publisher of La Repubblica, La Stampa, L’Espresso plus regional titles and radio stations. John Elkann (pictured), 44, Agnelli family scion and chairman of GEDI, echoes his grandfather Gianni Agnelli’s enthusiasm for media acquisitions. Exor became the largest shareholder at 43% in The Economist in 2015.

However, GEDI reported its results in the first half of 2020 were “significantly affected” by the spread of the coronavirus and the restrictions imposed on the population by authorities on Italy. Newspaper subscriptions and sales at newsstands fell by 12.2% (dipping 4% for national newspapers, declining 10% for local newspapers and plummeting 37% for sports newspapers). Including digital copies, overall circulation fell by 10%. Advertising revenue at €102 million ($119 million, was down by 31% compared to the first half of 2019: “The drop can essentially be attributed to Covid-19,” GEDI said.

Exor holds 64% of shares in Italian football club Juventus, 27% in CNH Industrial and 23% in Ferrari. Exor also holds 29% in Fiat Chrysler which continues its equal-ownership merger with Groupe PSA, owner of Peugeot, Citroen and Vauxhall, under the new brand Stellantis. The newly formed fourth largest car manufacturer in the world will be worth €170 billion ($198 billion). Elkann will also chair Stellantis.

The fourth-generation cosmetics giant L’Oreal recorded its best sales growth in more than a decade in 2019, but experienced a 12% decline in sales to $13 billion ($15.1 billion) in the first half of 2020 as coronavirus lockdowns closed points of sale.

The group put the drop in consumption of its beauty products over the period down to millions of shuttered hair salons, perfumeries, department stores and airport stores which caused a “real crisis of supply, rather than demand”. Sales in makeup products took the biggest hit as consumers stayed home.

Nevertheless, Jean-Paul Agon, non-family chairman and chief executive, said L’Oreal had seen its activity accelerate month after month since April and was progressively returning to growth.

Agon said business resilience was made possible by its lead in digital and e-commerce, “which proved to be crucial during the crisis and is now even bigger,” with e-commerce growing by 65% over the first half. L’Oreal’s performance in mainland China was also decisive, with 30% growth in the second quarter.

“Finally, the power of our brands and our major products, which are a true refuge for consumers in these troubled times,” he said.

The Bettencourt-Meyers family is the largest shareholder of L’Oreal at 33%. Tethys, the family’s holding company, is chaired by Francoise Bettencourt Meyers, 67, the richest woman in the world. She is the only, once estranged, daughter of the late Liliane Bettencourt and granddaughter of Eugene Schueller, the Parisian chemist who founded L’Oreal with his formula of hair colouring in 1909.

The chief executive of Tethys is Jean-Pierre Meyers, husband of Francoise Bettencourt Meyers, and the other family shareholders are their children Jean-Victor Meyers (pictured), 34, and Nicolas Meyers, 32. Both next-generation brothers sit on the 14-person L’Oreal board, Nicholas most recently, from June 2020. 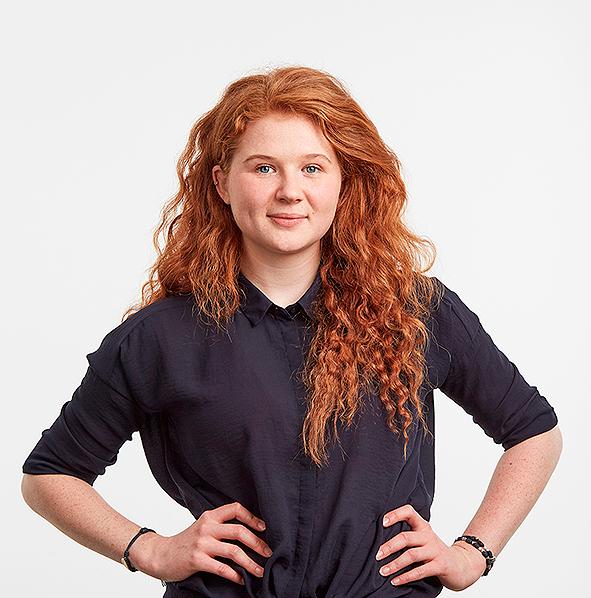 The fourth-generation heiress of Bahlsen is making brand building and innovation the priorities as she and the first non-family chief executive take control of the German cake and biscuit manufacturing family business.

Verena Bahlsen chose a non-executive role and will work with the non-family management board to help shape and define the long-term direction of the 131-year-old, Hanover-based company. She will support the development of Bahlsen as a “brand led, socially responsible and financially successful company,” the group announced.

Verena Bahlsen will implement the family’s vision and play to her strengths around food innovation, cultural transformation and brand building. She co-founded and named after her family business-founding great-grandfather the Bahlsen food innovation subsidiary HERMANN’S to bring together consumers, pioneers and industry representatives to establish a healthier and more sustainable food system.

Verena Bahlsen reflected on her difficultly connecting with her family business as a young next-gen with CampdenFB last year.

“It is an industry where things are frozen in time—big manufacturers making things like bread, cakes, pasta, milk that started 100 years ago and doing it all exactly the same ever since. It didn’t resonate with me or my generation who want to do new and exciting things.”

In the leadership change statement, Verena Bahlsen said she was taking the new role and the accompanying responsibilities very seriously.

“What connects my dad and I is our passion for food, entrepreneurship and the products as well as our brands. I‘m looking forward to start working with the management board.”

Phil Rumbol, as the first non-family chief executive, brought his experience of business transformation, brand building and commercial delivery in multinationals from working for the likes of such family-controlled businesses as AB InBev and Heineken as well as Cadbury and Kraft over 30 years. He worked for Bahlsen’s global agency partner, MullenLowe, having co-founded and sold his own business to it in 2017.

“We specifically searched for someone who shares our family vision and core values. Phil has a strong track record of business transformation and Verena and I believe he is the right person to lead our company into a new chapter.”