Bollore family to sell 10% of Universal Music to Tencent

French media conglomerate Vivendi, owned by the Bollore family, is set to sell a 10% stake in its Universal Media Group (UMG) to Chinese internet giant Tencent.

Universal is the world’s largest media group, with artists such as Taylor Swift (pictured), Drake and Lady Gaga. UMG’s content has been available on Tencent’s music streaming service in China following a deal struck in 2017.

In a statement, Vivendi said Tencent could help it improve the promotion of UMG’s artists in China and added it wanted to “identify and promote new talents in new markets”.

It added the deal would give UMG a preliminary equity valuation of $33.6 billion and Tencent would also have an option buy a further 10% of the company within a year.

In a note to staff, UMG chairman Lucian Grainge called the deal “an exciting development” and confirmed the group would remain “part of the Vivendi family”.

“I can assure you that Vivendi’s supervisory and management boards, as well as the Bollore family, continue to be steadfast supporters of our strategy, our work and our teams,” he said.

“And it goes without saying that our commitment to recording artists and songwriters will continue unchanged.”

Vivendi has sold off billions in assets in recent years, including its stake in video games group Ubisoft to investors, including Tencent. It has also signalled to shareholders it plans to sell up to 50% of its stake in Universal. 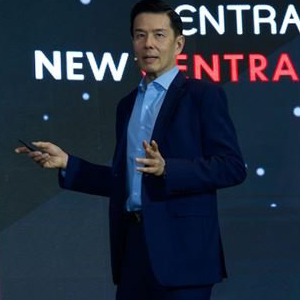 Yol Phokasub (pictured), Central Retail’s chief executive, said the company had been preparing itself for three year to list on the stock market and would submit filings with the Stock Exchange of Thailand by the end of the year.

“Becoming a listed company will help increase the confidence of investors and make it easier for the company to negotiate future international partnerships, attract new talent and sources of capital,” he said.

“Partnerships and collaboration are significant. We can’t be alone amid the rapidly changing retail landscape.”

Refinitiv IFR has estimated the company’s IPO size at between $1 billion and $2 billion.

The Chirathivat family has controlled Central Group for 72 years and was among the first to introduce shopping malls to Bangkok. It is led by Tos Chirathivat, grandson of the group’s founder Tiang Chirathivat. The group’s retail arm posted revenues of $12.4 billion in 2019, with more than a quarter coming from overseas—through its 134 stores in Vietnam and nine in Italy under the Rinascente brand. 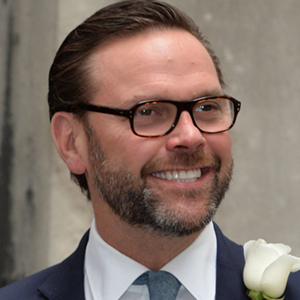 In a statement, Tribeca Enterprises said the move was designed to “expand the Tribeca properties”, which includes Tribeca Studios—a branded entertainment content firm. The financial terms of the deal were not disclosed.

“We are excited about working with Jane and Bob to help grow the unique Tribeca brand,” Murdoch said.

“When Tribeca was founded after 9/11, they brought together a tremendous creative community to embark on mission-driven business with civic impact and support for storytellers at its core.”

Rosenthal will continue to lead management and strategic development.

James Murdoch, who was previously 21st century Fox’s chief executive, made plans to branch off from the family business to pursue his own ventures. His older brother, Lachlan Murdoch, is executive chairman of Fox Corporation, which was formed after the Disney Sale.