The family behind the world’s bestselling tequila has undergone a wealth transfer as part of the family’s succession plan.

In a statement sent to the Mexican Stock Exchange, Becle SAB, the holding company that owns tequila brand Jose Cuervo, said president Juan Francisco Beckmann had completed the transfer of more than half his stake to his daughter, 12th generation family member Karen Virginia Beckmann.

According to Bloomberg, Virginia’s 35.33% stake, worth $1.9 billion, makes her one of Latin America’s richest women and exceeds the holdings of both her father and brother, Becle’s chief executive Juan Domingo Beckmann, who share an additional 50% in the company.

Becle is the largest producer of tequila in the world. It has diversified over the past decade and now has a portfolio of more than 30 brands of alcoholic beverages, including whiskey and vodka. It posted a revenue of MXN $29.13 billion ($1.5 billion) in 2018.

The Beckmann family are one of the world’s most enduring liquor dynasties, which has owned the Jose Cuervo brand for 11 generations. It began in the 18th century when Jose Maria Guadalupe de Cuervo was given the first tequila-making licence from King Carlos IV of Spain. Juan Francisco Beckmann is the grandson of an heiress to the Cuervo fortune who started working for the family business in 1964 and succeeded as president eight years later. His son, Juan Domingo, succeeded as chief executive in 2002. 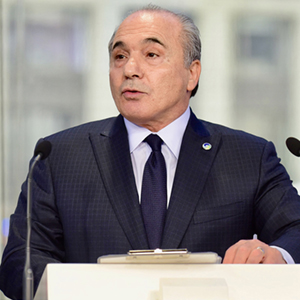 The purchase price was not disclosed, but media reports suggest the deal was valued between $150 million and $200 million.

Commisso also owns the New York Cosmos Football Club and is worth an estimated $4.8 billion, according toForbes.

“I would like to thank the Della Valle family for managing Fiorentina over the past 17 years … they leave a solid foundation on which to build the club,” Commisso said in a statement.

The Della Valle brothers, whose family owns luxury good group Tod’s, acquired the Florence-based club in 2002 after the prior owners drove the club into bankruptcy and are credited with revitalising the team.

Commisso (pictured) is the founder, chairman and chief executive of Mediacom Communications—the fifth largest cable television company in the US. Formerly a publicly traded firm, Commisso took it private in a $600 million transaction in 2011. It reported revenues of $1.95 billion for 2018. 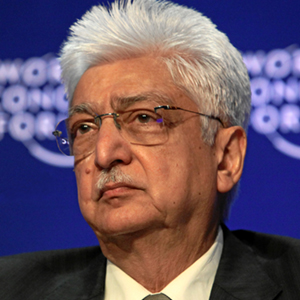 Azim Premji, executive chairman of tech giant Wipro and India’s second richest person, has announced he will retire and hand the company reins to his son.

In a stock exchange filing, Wipro said Premji, 73, will step down from his current position from 30 July and serve as a non-executive director. His son, third-generation Rishad Premji, will succeed as whole-time director and executive chairman of the company.

“Rishad brings to this role new ways of thinking, experience, and competence that will lead Wipro to greater heights,” Premji said in a statement.

“He is firmly rooted in the values that are the bedrock of the company—his commitment to the Spirit of Wipro is absolute.”

Rishad, 41, is the eldest son of Premji and joined Wipro in 2007. He rose through the ranks under the guidance and mentorship of his father and became its chief strategy officer in 2010.

Premji (pictured) is known as the godfather of the Indian IT industry with an estimated worth of $21.5 billion, according to Forbes. After his father’s sudden death in 1966, he took the family’s cooking oil company and turned it into a global software giant. Today, Wipro is a multinational corporation that provides information technology, consulting and business process services, which posted a revenue of $8.47 billion in 2019. A prolific philanthropist, in 2013, he agreed to give away at least half his wealth by signing Bill Gate’s The Giving Pledge.