As England emerged from its month-long lockdown into tiered restrictions, Associated British Foods (ABF) said in its trading update only 7% of the FTSE 100 fashion retailer’s selling space remained closed compared to a high of 62% in November. Only 34 of its 389 international shops were still shuttered. Sales in the days since reopening in England, Ireland, France and Belgium “have once again been very strong” as pictures of queues of early bird bargain hunters ran in news media.

Curiously, the Primark website does not enable customers to buy products online. Family business survival in 2020 has often hinged on how well they have adapted to e-commerce, such as the Otto family's Otto Group in Germany.

George Weston (pictured), 56, third-generation chief executive of ABF, said in a statement in early November he was proud how employees had responded to the challenges of Covid-19. He praised the value and resilience of its food supply chains during the crisis.

“Sales since reopening to the year-end of £2 billion ($2.7 billion) demonstrate the relevance and appeal of our value-for-money offering. We have the people and the cash resources to meet the challenges ahead and we are investing for the future.”

Weston, the middle son of the late Garry Weston, was appointed chief executive in 2005. He has also served since 1993 as a director of the family holding company Wittington Investments, which is chaired by his older brother Guy Weston, 60, who is also the chairman of the charitable Garfield Weston Foundation.

Wittington’s main investment is its majority 54.5% holding in ABF which generates annual revenues of £15 billion ($20.2 billion) through its portfolio, which includes Primark, Twinings Ovaltine and British Sugar.

The billionaire third-generation family of the Thai duck farmer who invented Red Bull has toasted a record annual dividend from the beverage company.

Red Bull GmbH, the energy drinks brand and sponsor of Formula One motor racing and extreme sports, paid out more than €550 million ($669 million) to its founders. The descendants of the late inventor Chaleo Yoovidhya received €211.4 million ($257 million) from the Austrian-registered company last month while Dietrich Mateschitz (pictured), 76, the billionaire Austrian business partner who brought the brew to market, received €343 million ($417 million).

Chaleo Yoovidhya was born in 1923 to an impoverished Thai-Chinese family that raised ducks and traded fruit in Phichit. After moving to Bangkok, he invested his earnings from his job as an antibiotics salesman into his own small pharmaceutical company, TC Pharmaceuticals, in the early 1960s. The entrepreneur launched his energy-boosting beverage Krating Daeng in 1976. Mateschitz, on a business trip in 1987, found Krating Daeng helped overcome his jet lag and entered a partnership with Yoovidhya to sell the rebranded product around the world.

Publicity-shy Yoovidhya was the third richest person in Thailand with an estimated net worth of $5 billion when he died of natural causes, aged 88, in 2012. His original startup TC Pharma is now part of the family’s Bangkok-based TCP Group, along with its warehousing Durbell, distributing TG Vending and promotional Hi-Gear subsidiaries.

Mateschitz retains 49% of Red Bull GmbH and 49% is shared by 11 members of Chaleo Yoovidhya’s family. The remaining 2% is owned outright by Chaleo’s eldest son, businessman Chalerm, 70. The family fortune is worth $20.2 billion, according to Forbes.

In contrast to his grandfather’s discretion, next generation heir Vorayuth Yoovidhya, 34, has earned a playboy reputation. The “Red Bull heir”, who was not involved in TCP Group, made international headlines over an alleged hit and run incident involving a police officer in 2012. The charges were controversially dropped in July 2020.

The UK Bamford family-controlled manufacturer JCB is granting its 12,000 employees around the world an extra holiday to celebrate its 75th anniversary.

While anniversary plans this year were curtailed by the coronavirus pandemic, the additional day off work will be taken by UK employees on Christmas Eve to extend the traditional festive break. Half of the digger and dumper truck maker’s workforce is based at its 11 plants around the UK.

JCB was founded by the late Joseph Cyril Bamford in a lock-up garage in Uttoxeter, Staffordshire on 23 October, 1945, the same date of birth as his son Anthony, now Lord Bamford and chairman of the company since 1975. JCB’s first product was a hydraulic tipping trailer made out of war time scrap. The £4.1 billion ($5.5 billion) company now manufactures more than 300 different machines, including the world’s first electric mini excavator. 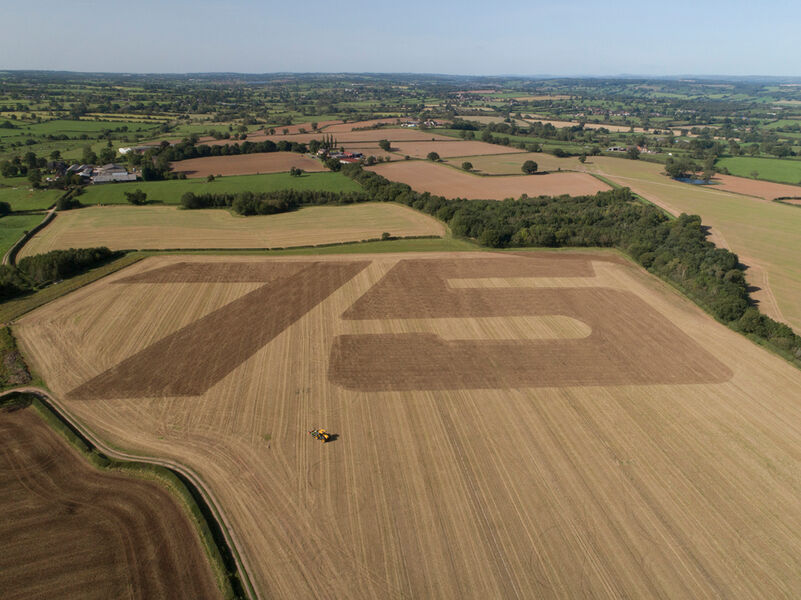 Lord Anthony Bamford (pictured), 75, paid tribute to the efforts of employees past and present who contributed to the success of the company in a video message to staff worldwide.

“As we mark 75 years in business, I know that everything JCB has achieved is due to the hard work and commitment of everyone who works for JCB or has worked for JCB in the past,” he said.

“I'd like to thank everyone for their support over the years and particularly in recent months while we were dealing with the challenging business situation. We did have plans to celebrate our 75th anniversary, but Covid-19 changed all that. So, rather than celebrate, we should remember everything that JCB has achieved in the past 75 years. From small beginnings in a lock-up garage, in Uttoxeter back in 1945 the JCB team has helped to create a business that we can all be very proud of.”