The families giving away their children’s inheritance to charity

In the past, children of ultra-wealthy families could expect a substantial part of their parent’s fortune to eventually pass to them. Now 21st century attitudes to wealth transfer are changing. In the past, children of ultra-wealthy families could expect a substantial part of their parent’s fortune to eventually pass to them. Now 21st century attitudes to wealth are changing.

Wing-Ching’s 30-year-old son Alex Shih revealed in a recent media interview he will see little of his father’s wealth after the 70-year-old decided to give away his entire 45% stake in the family business, estimated to be worth about $400 million, to charity.

The money was instead gifted to the family’s Shih Wing-Ching Foundation in 2008. The foundation supports community work in society, with particular focus on the improvement of livelihood, education, and healthcare in rural China.

Shih, who is vice chairman of Centaline Group, said he accepted his father’s decision to keep his children humble and teach them the value of money.

“He [Wing-Ching] told us when we were very young and we did not have a choice,” he told Bloomberg.

“He would say that it is better not to lead a life that is too comfortable in one go. You’ll treasure more if you gain things step by step.”

Such is the family’s conviction, despite being named as vice president of the real estate giant this year and earmarked to succeed his father as chairman, Shih only earns a modest salary and is currently saving up to buy his first property—a small “two-bedroom apartment in a middle-class neighbourhood”.

While Wing-Ching’s commitment to have his family forgo a life of luxury might sound like an extreme case, he is not the only one. 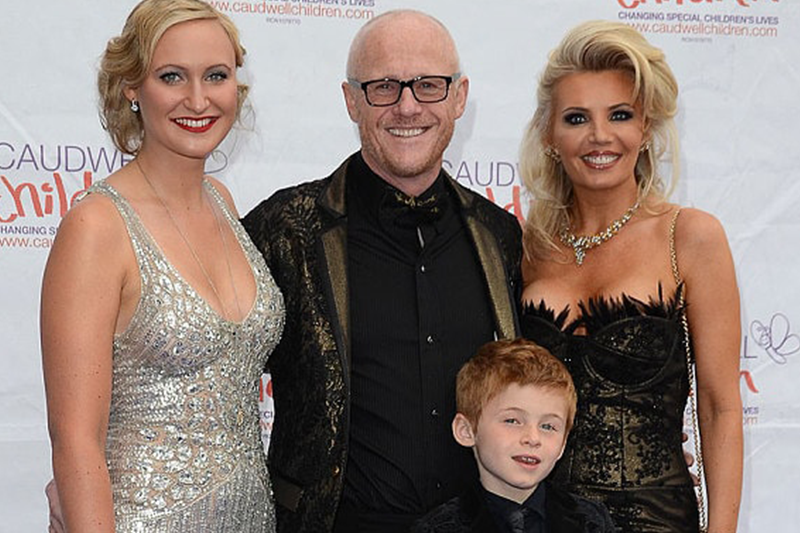 Last month, British billionaire John Caudwell (pictured left with his family), founder of Phones 4u, announced he was giving 70% of his wealth to charity instead of his children.

“If they are worth several billion, what about giving most of that away and just leaving a few hundred million to the kids? They are still filthy rich, they can still ruin their lives,” he told the Daily Mirror.

Other billionaires around the world have done the same. Mark Zuckerberg and his wife, Priscilla Chan, agreed to leave 99% of their Facebook shares to “advancing human potential and promoting quality for all children in the next generation”.

Bill Gates and Warren Buffet have previously said they will only give their children a small portion of their fortune, and together set up the Giving Pledge in 2010, where ultra-wealthy families promise to give at least half of their fortunes to philanthropy.

When he died in early 2018, IKEA founder Ingvar Kamprad (pictured right with his three sons) left only a fraction of his $73.8 billion fortune to his heirs, with the majority dedicated to charity and “supporting innovation” in design.

But it is not just billionaires who are actively limiting how much their children inherit to protect them from the side effects of having too much money.

“Many families are concerned about their children lacking purpose and drive and are keen to either shield them from the wealth, allowing limited funds to be passed down to the next generation,” Lucy Birtwistle, senior associate in Stonehage Fleming’s family office team, told CampdenFB.

“Some families limit the wealth to be transferred by creating a family ‘pot’ to be used by many future generations, which stipulates that it is only in existence to support health and education for example.

“Other families work together with the next generation, involving them in such decisions, for example, setting up a foundation together or giving it to charity but agreeing on the core beneficiaries together.”

However, limiting a child’s inheritance without explanation or input can lead to family conflict if it is not managed well.

“Whatever the family decides, expectations much be managed,” Birtwistle says.

“It will be a disaster if a next-generation member goes through life thinking they will never have to work and will lead a privileged lifestyle, only to find at 40 [years-old] that they need to go out and get a job.

“I would also ask the family to define what is ‘living comfortably’. Some family members have different opinions on what this constitutes and therefore we would work with the family to help articulate this."

A special feature with practical tips on how to communicate with children about great wealth appears in the upcoming edition of CampdenFB.

Related Content:
The new philanthropist: Impacting charities, structure and the next generation
Ikea founder to give additional €1 billion to charity