Investment performance and appetite in family office portfolios, along with the number and size of family offices, are expected to grow in 2018. Investment performance and appetite in family office portfolios, along with the number and size of family offices, are expected to grow in 2018.

The development of new investment opportunities was one of the key family office trends predicted for the New Year. Exploring new territories and markets with direct, co-investments and buy-outs in a generally favourable world economic climate were forecast for the coming 12-months.

Competition for the best C-suite talent shows no signs of relenting between existing, growing and newly formed family offices. Efforts to deal with cyber risks to data and reputation will be bolstered as the detrimental impacts of cyber-crime grab headlines.

Family office culture was also expected to continue evolving as principals call for greater investment transparency and control from their advisers, the need for succession planning becomes acute and next gens become more involved, bringing with them their passion for impact investing and green technology.

Family office investment portfolios rallied impressively in 2016 at an average return of 7%, driven by returns from equities, up from the average of 0.3% in 2015, according to latest Global Family Office Report 2017 by Campden Wealth in partnership with UBS.

“Some of the family offices which have pursued their own direct investment opportunities are now keen to widen their range of investments and share their risks by inviting others to join them,” Grum said.

“Meanwhile, there is growing appetite from other families to making more direct investments. As many in this position consider the involvement of fellow families in an opportunity to be something of a kitemark, there will be considerable interest in family-run funds from this pool of investors. Real estate and investment in small entrepreneurial businesses will be two of the most popular asset classes for these funds, offering families diversification opportunities.”

“The internationalising of family investing is to a large extent across the board, but we are particularly seeing exploratory ‘forays’ from American family offices who consider some European and Asian markets as less developed than their own, for example those looking for tech focused opportunities.”

While uncertainty due to UK's vote to leave the European Union and the political climate worldwide would continue to affect businesses and levels of corporate transactional activity this year, global economic conditions were stable and positive for business growth and strategic expansion.

“Even though the Brexit vote has created uncertainty in relation to UK businesses, foreign investment into the UK should remain a potentially attractive proposition as long as the UK's exchange rate remains comparatively weak,” Taylor said.

“These form a good environment for growing international investor networks and provide a potential platform for collaborations. This is an entirely natural way for families to explore new territory while seeking to dilute their individual risk exposure when out of their comfort zone.”

However, families will be asking their advisers more about the nature of their investments and paying closer attention to the structures and jurisdictions in which they are held, Grum said.

“When, in previous times, a family might have been satisfied with accepting that their investments were subject to significant complexity, we are hearing more from clients about their appetite to better understand their arrangements in order to feel more in control,” she said.

“A specific concern within this subject area is the ambition to ‘futureproof’ investment structures given families will often be creating a vehicle for use by future generations. This means some will forgo a structure that might be the most effective right now, for one less vulnerable to regulatory or other changes in the near future.”

Families and their businesses will also need to consider how they should structure their assets to take nimble advantage of any opportunities that arise, Mark Pearce, tax, trusts and estates partner at Irwin Mitchell Private Wealth, said.

"There will often be key differences in, for example, using debt, creating new companies with different share classes and establishing trusts that will make bespoke structuring crucial for each opportunity. Although it is arguable that the maxim of 'one size fits all' has never applied to the globally wealthy, it is now true more than ever that specific advice should be sought before taking substantive action."

Family offices continued to grow in size and complexity at a phenomenal rate, the  Global Family Office Report 2017 revealed. The average family office surveyed by Campden Wealth had assets under management (AUM) of $921 million—almost half (48%) said their AUM increased over 2016. Just over a quarter (27%) said the number of individuals/families they served had risen and 21% said the location, number of branches or size of their office had grown.

Sector watchers expected more family offices to be established in 2018 as family businesses grow and diversify. With that growth, the competition for people with the necessary skills that family offices require will intensify, Taylor said.

More than a third of families do not have a cybersecurity plan in place and were exposing themselves to the risk of their private and confidential information being stolen, according to Private and Confidential: The Cyber Security Report by Campden Wealth in partnership with Schillings found in 2017. This year looks set to be the year when more family offices start to proactively address cyber risk and formalise their defences, as awareness and concern grows.

Defences predicted to come this year ranged from the screening for data vulnerabilities and checks of those handling sensitive data under new legislation, such as General Data Protection Regulations in May, to adding management to an existing family office C-suite member's role, or even the creation of a dedicated “chief risk officer” in large-scale firms.

Pearce at Irwin Mitchell said they had seen increasing regulation and reporting requirements internationally. He urged clients to check they were compliant in all jurisdictions they have a presence in. It was easy to have inadvertently missed a disclosure obligation.

"This will often mean instructing professionals in multiple jurisdictions and families should consider consider how best to do this while retaining their right to privacy and confidentiality," Pearce said.

Much was made in 2017 of the $30 trillion transfer of wealth from baby boomers to Gen X and millennials over the next 30 years and the different expectations and aspirations that go with it.

KPMG noted that as younger generations engage with their family offices, taking a socially responsible approach continues to become more of a priority. This sea change will effect not only the family’s philanthropic initiatives, but also on their approach to investing,” Grum said.

“While impact investing is still struggling to get critical mass, the effect will be felt more broadly across investment portfolios from screening mainstream opportunities with a more critical eye to seeking out industries such as green tech.”

Securing wealth in significant other relationships will continue to be front of mind among family principles in 2018, as indicated by the notable rise of pre-nuptial and post-nuptial agreements in the seven years since the UK Supreme Court’s ground-breaking decision in Radmacher v Granatino.

Jo Edwards (pictured), partner and head of family law at Forsters, said the firm last year surveyed 25 leading family firms in London about nuptial agreements and found two-thirds of respondents had arranged a greater number of nuptial agreements since the case.

Edwards said the most common age bracket for those entering a nuptial agreement was 31-45, according to 83% of those surveyed, which reflected the increasing age at which people marry, compared to the historic position, and the fact that most agreements related to first marriages. 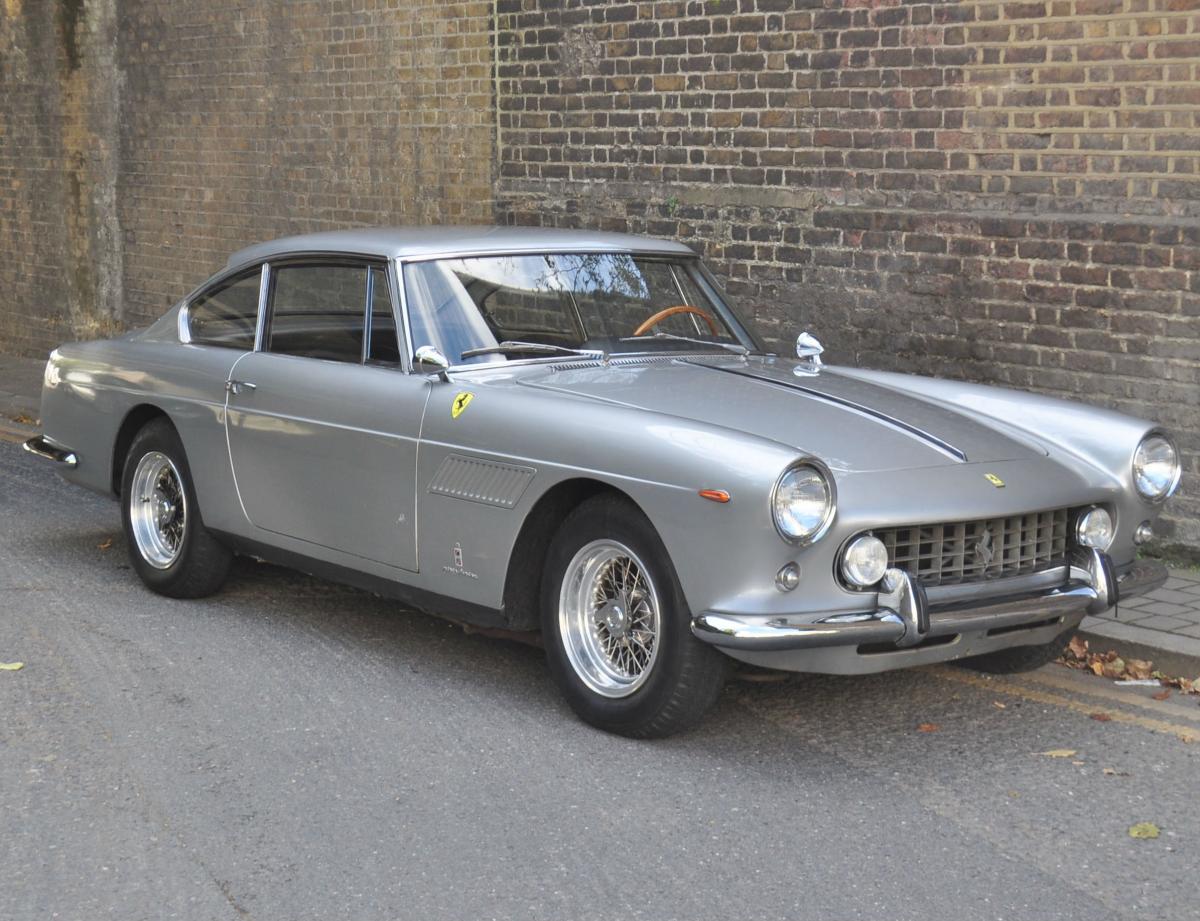 Reasons family clients wanted a nuptial agreement included the protection of dynastic family wealth, ring-fencing the money one person was bringing to the marriage, and preserving assets for children from previous relationships.

“Or, in the case of post-nuptial agreements in particular, it may be that there has been an increase in the wealth of one party since marriage, a change in family circumstances or that the marriage has hit a rocky patch,” she said.

“Due to the extent of discretion which family courts have about financial settlements on divorce, we expect the growth in nuptial agreements to continue as people seek to inject some certainty into the outcome on divorce, thereby saving costs.”

Passion investors in the classic car market will take heart from the rosy outlook for 2018 from international car auctioneers Coys of Kensington.

Chris Routledge, chief executive of the London auction house said some of the uncertainties of the last 24 months have begun to “settle down and seek direction”. The historic motor car market had remained stable and resilient due to its global attraction, Routledge said.

“Now more established than ever as a lifestyle choice for investors and collectors worldwide and out-performing virtually all other known investments over the last decade, the outlook for this marketplace is optimistic and established.

“There is a new maturity in the historic car market which gives it international credibility which can now only move forward.”

Related Content:
Who do you want to nominate for the European Families in Business Awards?
Fast forward: Top 50 family business leaders 2017