The business case for fun

Feeling the burden of expectation in taking over the family business? Having fun is one way of lightening the load. Feeling the burden of expectation in taking over the family business? Having fun is one way of lightening the load.

The late actress Katharine Hepburn once said: “If you obey all the rules you miss all the fun.” Wise words for the next generation or hokum?

Many commentators agree the concept of playfulness has merit in family businesses, at least as one tactic to soothe next gens’ nerves over the prospect of growing responsibilities in the workplace.

Having fun is rarely a problem, according to San Francisco-based consultant Dennis Jaffe. Families do that well, he says. “The question is how to get over the denial of real questions that people have and talk about what the business opportunities are.”

That, says Jaffe, creates excitement. “You don’t want to sit the family down and give them a bunch of numbers. You want to take them to the plant to see what you’re doing and get the next generation actively engaged and learning.” 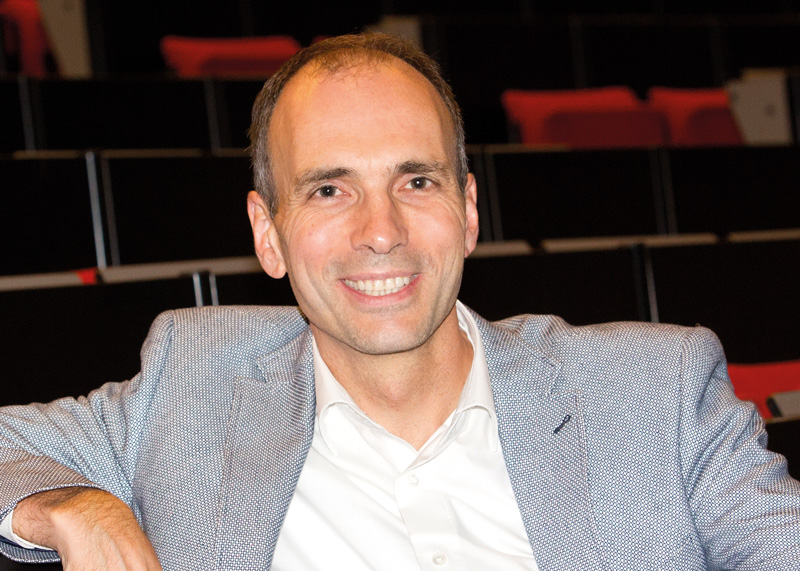 “The prospect of becoming a happy person is a much more common expectation in the next generation than becoming important and successful,” says Bruel, partner at Mesa Family Business Consultants in the Netherlands.

Bruel’s research reveals that “life view” differences are particularly acute in business families with succession problems. While he believes young successors to be as driven to material success as their parents, Bruel cautions that times have changed.

“Many next-generation individuals have very different life goals so if parents want to make them happy, it’s much more difficult to project those goals onto their lives and expect them to be happy in the same way they were.”

Bruel believes mutual misperceptions widen generation gaps, which is why he uses structured “play” during consulting sessions – where older and younger family members poke fun at each other through exaggerated role playing – to help bridge gaps.

“It’s fun and helps clients understand that, of course, it’s just their perception of what their parents or children are like, which is not necessarily the truth, but makes conversation afterwards a lot easier.” 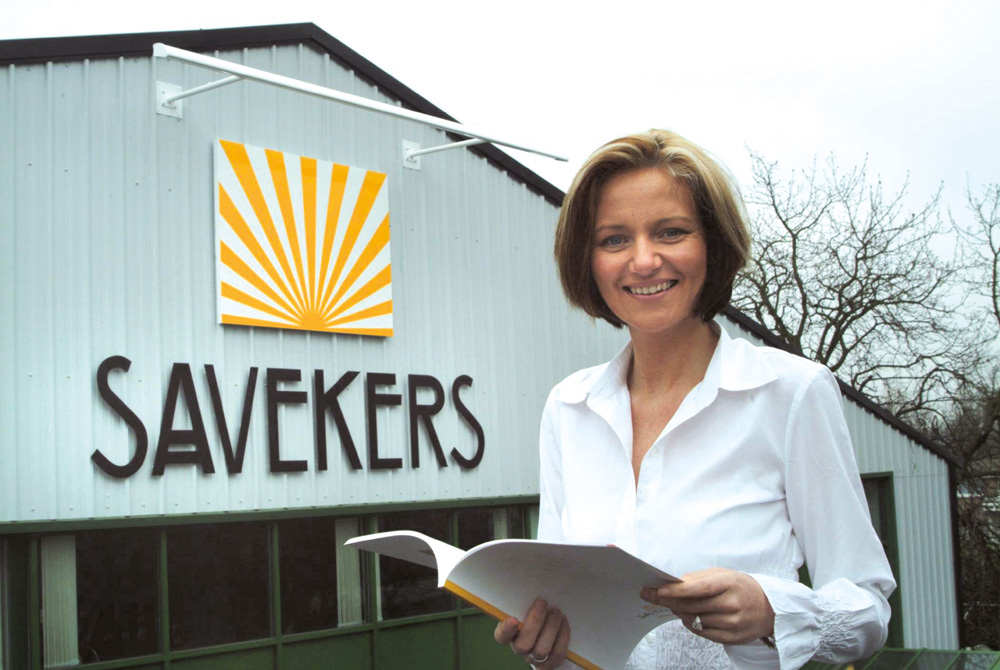 Dani Saveker (pictured left), chief executive of UK consultancy Families in Business, has long been a proponent of creating “a sense of play” with her clients. This is not for play’s sake but to create “safe environments” where individuals feel at ease “slipping up” when exploring untried solutions to business problems.

Ridding performance anxiety, Saveker says, unlocks creativity and supercharges our ability to innovate. “I’m not saying we don’t take things seriously, far from it, but I am a strong believer in the need to create this space.”

Saveker, who was formerly the fourth-generation chief executive of her eponymous family business, believes “injecting an element of fun” into meetings can help smooth the transition of the next generation. This is as effective employees, as seasoned executives or, longer term, veterans either looking to gracefully exit the business, or deftly succeed the old guard.

“Anthropology demonstrates that we reveal ourselves better as people when we play,” he states.

Bruel notes that play fuels competition, which in turn allows individuals to feel comfortable challenging each other. Indeed, one of Bruel’s clients went as far as to develop an elaborate game that mirrored the family business. The objective: become the best virtual manager. It wasn’t long before next gens thrashed their elders in match play, Bruel recalls.

“It was a lot of fun because it gave them a sense of confidence and competition,” he says. “That’s exactly what you want to foster because you need to respect and value whatever your parents have built. But if you don’t feel the urge to improve on it, to be better, to add something new to the business and be entrepreneurial, then the business is not going to go very far.” 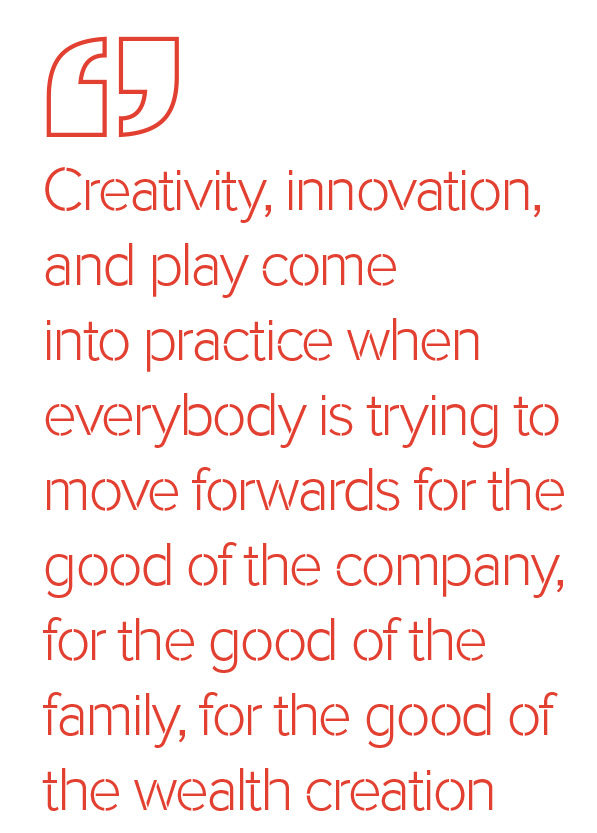 Ironically, fun is serious business. Saveker notes that before any sense of play can emerge in any business family meeting, an alignment of purpose – from employees’ individual roles to iron-clad agreement on the raison d’être of the family business – must be present in the next generation and up.

A predictable outcome of this virtuous circle is happiness, the benefits of which are not always evident, says Bruel.

“Some people think happiness makes you expect more from life and thus be less resilient to adversity, but it’s the other way round,” he says.

“Because there’s always adversity and succession in family businesses, fostering happiness in the next generation helps them face whatever the future may have in store.”

It’s no secret that a happy worker is a better worker. A recent study by economists at the University of Warwick found that happiness led to a 12% increase in productivity, while unhappy workers proved 10% less productive. Said the research team: “We find that human happiness has large and positive causal effects on productivity.” 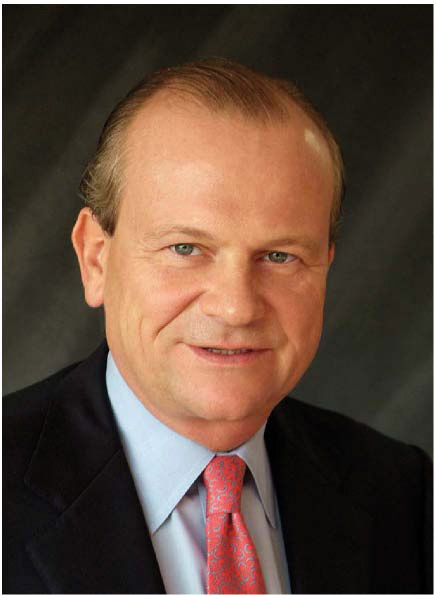 De Visscher (pictured left), who is also a director of his own family business, the Bekaert Group, sees anxiety as a two-way street. “We see the same transition issues in our family. There’s a tremendous amount of trepidation about the younger generation entering the family business.”

Not that the next generation is less entrepreneurial or capable than their elders. Far from it, says de Visscher, whose investment banking team has advised over 300 family companies and family offices globally. Fear of failure, he points out, can loom large.

“A factor that creates a lot of trepidation, and we typically see this in younger families, is where you have a very successful entrepreneur and a lack of self-confidence in the next generation because they feel they’re not going to measure up to the older generation.”

Long gone, de Visscher adds, are the days of the heir apparent where scions are anointed top posts. Just as well, since a bad fit is often disastrous. Where is the fun in that? But it may come as a relief to next gens that they have options: “It is not always a necessity for family members to enter the business.”

It is not unusual, too, for larger business families, particularly multi-generation clans, to opt out of management roles and let external professionals run the business and manage the wealth. True, there is little sense of “play” here, but there is joy in finding meaning elsewhere in the enterprise.

“We see family members who don’t have a business background who are running events for the family office,” de Visscher explains. “They are more involved in, if you will, the communications for the family, which can be a great role for them.”

Play may have its place as a tool to engage and soothe next gens, but Jaffe wonders if their true interest boils down to self-motivation or perceptions they are unlikely to ever match the successes of their would-be predecessors.

“I don’t think its daunting for [next gens]. It’s more: ‘Why should I want to do it? We own this. Why should I work?’ It’s not that they’re afraid.” Jaffe insists a “recruitment and invitation” must be extended to next gens with a promise of support – generational backing that excites – to get them fired up.

Says de Visscher: “You have to give the next generation wings and roots, wings so they can fly on their own, and roots through education and support as a sponsor and mentor.”