From wine to wind

The Argentinian empire founded by an accidental immigrant is an international player, thanks to its charismatic patriarch. CampdenFB speaks to the man behind one of the fastest growing family businesses in the world. Enrique Pescarmona is a man who likes numbers. So much so that when asked what he thinks of people who are sceptical of wind farms and hydro power, the head of Argentinian energy business Impsa quickly asks for the loan of a pen and paper and begins scribbling down a series of figures. “It is easy to talk, but most people don’t like to put numbers to things,” he says. “But you cannot fool with numbers.”

The figures, as he sees them, say fossil fuels are not just bad for the environment, they are also too expensive. On the paper he’s borrowed, Pescarmona has drawn a table of the costs of different energy sources, both environmental and financial. And by his reckoning, a megawatt hour of oil will cost $110 (€85) to generate, “without transportation, without cost of maintenance, without cost of capital”. It will release 650 kilogrammes of carbon dioxide into the atmosphere. Coal is cheaper, he says, at $80 per megawatt hour without transportation – but 950kg of CO2 will be released. Natural gas is cleaner, at 350kg of CO2, but still costs about $60 for a megawatt hour. 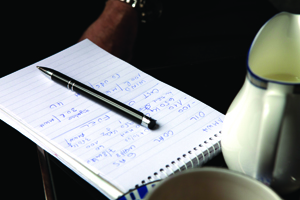 Stupid isn’t something you could easily accuse Pescarmona of being. Under his leadership, the family business’s own numbers have been impressive. Last year, Impsa – the Pescarmona family’s flagship company – topped CampdenFB’s list of fast-growing family businesses, with revenue growth of 115% between 2008 and 2010. For the 11 months ending 31 December 2011, Impsa’s revenues crossed the $1 billion mark – it reported sales of $1.18 billion, while pre-tax profits increased 27% to $204 million from $160 million. Its hydro and wind equipment has been used in over 110 projects in 30 countries worldwide, including much of South America, the US, Malaysia and India – with a cumulative capacity of more than 45 gigawatts. Unsurprisingly, Impsa is among this year’s top fast-growers too.

In person, Pescarmona, wearing a shirt and tie in the Argentinian colours, cuts an imposing figure – tall, broad of shoulder and effortlessly self-assured. He is charismatic and laughs easily. “I used to be a nerd, but not anymore,” he jokes at one stage. In Europe with his wife of 43 years, Lucy, and their eldest grandson, Pescarmona has fitted in our meeting in his hotel in London’s Knightsbridge between a family breakfast and a day out exploring the city’s sights – his wife has been left in charge of the planning. They’ve already been to Italy on the trip, teaching their grandson about his Italian roots, and now he’s learning about British culture, says the 70-year-old. Next year, they might take the young Pescarmona to France and Scandinavia and in the future to Asia. “We are an international family company. You need to know the world,” he adds.

Pescarmona joined the family business in 1967. But its roots go back to 1907 when his grandfather, Enrique Sr, an engineer from Piedmont in Italy, “accidentally” immigrated to South America. He was accompanying his sister on the long journey to Argentina, where her new husband lived. “My grandfather had a return ticket, but he never used it because he decided at that moment Argentina was better to do business in [than Italy],” he says. Enrique Sr settled in Mendoza, Argentina’s wine region, and set up a company making equipment for the wine industry. The business grew quickly. But that changed in the 1930s, when Argentina’s recession took hold and the firm almost went bankrupt. “The company used to have 120 to 150 workers, and after the recession, it only had two,” says Pescarmona.

By the 1940s, his father Luis and uncle Mario had taken the helm. “The recession was over and it grew very fast in those three or four years,” Pescarmona says. Luis bought Mario’s stake in the late 1960s, just as third-gen Enrique started to get involved. He has been heavily behind the internationalisation of the firm – it now has operations across five continents.

Under his watch the company also expanded outside of engineering and manufacturing – it holds an 86% stake in insurance business Mercantil Andina, as well as shares in logistics firm Sitrack Logística, satellite tracking system Sitrack and a number of other companies. Pescarmona and his wife also own Bodega Lagarde, a vineyard in Mendoza. The winery is a “passion for us but it makes money”, says Pescarmona. “It has to make money.” In the Pescarmona empire, every company and person must pull its weight – only the grandchildren aren’t expected to make money, he says, at least until they are adults. He’s laughing, but you get the feeling he means it.

Although the family now has interests in other sectors, it’s clear where Pescarmona’s real passion lies. Like his grandfather, he is an engineer – “I am a good engineer,” he says laughing, and jokes that his son Luis “saved the honour of the family” by studying the subject when his siblings chose law, economics and business. So it’s not surprising that Impsa, which has engineering at its heart, dominates the conversation.

The company is making a name for itself – not just with the equipment it manufactures, such as its turbines, but also with the renewable energy projects it develops and runs. It operates more than 30 wind farms globally and is the largest wind power producer in Latin America. Its hydro division is one of the biggest globally by capacity – and is currently installing generating units for the 2,200 megawatt Tocoma Hydropower Plant in Venezuela.

Impsa operates in a competitive sector and is often up against multi-billion-dollar firms such as General Electric and Siemens. Can it keep up? “These giants are tough to compete against, but we have advantages,” says Pescarmona. “We know where we want to go and we can act very quickly. But on the other hand, the big companies have access to more capital than us,” he adds. “It means we have to be very careful with money, the way we invest it and what we do. So in a way we are very conservative.”

The company was considering an initial public offering to boost finances, but this has been put on hold until “Europe gets out of the mess [it is in]”. When it’s suggested he could be waiting a while for that to happen, he starts laughing again. “This type of crisis, we know it very well in Latin America,” he says, smiling. “In Argentina, in Colombia, in Venezuela, Brazil, all of us [know economic downturns] – and all the things Europe is trying to do, we tried to do it ourselves in the past,” he says.

Still, he’s not too worried – Impsa’s focus is on emerging markets, with much of its revenue coming from Brazil. He reckons Brazil and Latin America in general are doing well. But, he quickly adds, they “could do better”.

One Latin American story that has dominated headlines this year was the part-nationalisation of oil company YPF by Argentinian president Cristina Fernandez de Kirchner, which saw the government acquire the stake held by Spanish business Repsol. Rather surprisingly, Pescarmona seems to suggest that the nationalisation made sense. “If you look at the reserves of the oil industry, 75% of the reserves of oil are in the hands of the state or governments; the Saudis, the Venezuelans, the Iranians… So really, if you look at that maybe it was necessary to nationalise the company.” Still, he says, they should have done a better job “making a deal with the Spanish”. But he adds, laughing: “My experience is you don’t want to fight with governments.”

Sadly, he’s not about to reveal any juicy dealings with officials, but he’s happy to talk about his own position and admits that his role as president of Impsa is coming under threat. Pescarmona is “losing power very fast”, which he reckons is a good thing. “I am losing the power that I used to have and I am willing to lose it because it’s better for the company.” 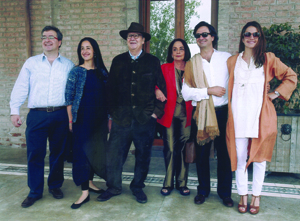 The next generation, he says, is well prepared. His son Lucas, 40, is chief operating officer, daughter Sofía, 36, is controller and engineer Luis, 35, heads up the company’s wind division. His daughter Lucila, 28, is “very competitive”. When her brothers were pushing her to join the family business, he says she responded by saying: “In this family, everybody has a masters. I am going to defeat you all because I am going to have two.” Since getting her second masters from IAE Business School in Argentina, she’s been working for the family’s winery. “Lucila is not the manager, she cannot start at the top. She is still in the learning stage,” he adds.

But who will succeed him? “I don’t know,” he says. He starts talking about the science fiction novel More Than Human, by Theodore Sturgeon, about a group of people with strange powers who are able to blend them together and act as one – what Sturgeon describes as a “gestalt consciousness”, the next step in human evolution. That could be a model of the way Impsa is run, Pescarmona playfully suggests.

“Maybe it’s going to be more like a gestalt,” he muses. “It’s too big a company to be run by only one. When you have all the power in an organisation this big, you tend to make mistakes. It is better to share the power, like I am doing.”

That also means sharing power with the eight non-family officers in the company. “These professional managers are top in their class… And I say they have permission to kill! That means they can take decisions alone, but on the other hand everyone talks a lot to each other.” It is a case of gestalt, he reckons. “I know what they are doing. They know what I am doing. It is very, very open.”

Then we’re back to the numbers again. Can Impsa continue to grow, especially without access to a lot of capital? “Yes,” he answers. When pressed, he adds: “Maybe it’s not going to grow so much compounded, but it’s continuing to grow.” More than a billion people in the developing world don’t have electricity, he says. “We know how to do business in developing countries. We have a great reputation there and we know how to do manufacturing with different cultures,” he says, adding: “We will go to Africa.”

And Europe? There are places on the continent, he reckons, where there is little point in putting up a wind farm because of a lack of land or wind capacity. Offshore is better in much of Europe, he reckons, but comes with its own complications. “We don’t think offshore is for us yet,” he says, although he doesn’t rule it out in the future. After all, if there’s one lesson the Pescarmonas – whose business has shifted from making wine equipment to building hydro dams, via insurance – have learnt in their 105-year history it’s that you should never rule anything out.

“We have had to reinvent ourselves,” he says. They’ll do it again if they have to.