Anat Bar-Gera’s parents did not have a penny when they relocated to Israel following Second World War. Her father, who had been unable to finish high school, worked hard, opened his own business, and eventually earned a university degree. Anat Bar-Gera’s parents did not have a penny when they relocated to Israel following the Second World War. Her father, who had been unable to finish high school, worked hard, opened his own business, and eventually earned a university degree.

Decades later, his daughter is one of Switzerland’s most successful telecommunications and internet entrepreneurs. Bar-Gera, pictured below right, attributes her ambition and work ethic to her parents.

This is just one of the remarkable stories shared in Leading Ladies of Switzerland – Insight into the lives and careers of female wealth holders, a report released today by Campden Wealth in partnership with Julius Baer.

Based on in-depth interviews with 10 high net worth women in Switzerland, the report celebrates their careers and philanthropic endeavours, but also touches on the gender-related challenges many faced, and how banks can better serve increasingly influential female clients.

The interviewees all benefitted from the support of experts, but wanted to see more women among their financial and legal advisers.

One spoke of giving a presentation at a private bank: “In the whole bank there was one female director. Here in Switzerland if you go to some of the law offices, you will see 50 lawyers and only three female associates.”

Others said financial advisers could consider tailored investment strategies for female clients. As one interviewee said: “We have different backgrounds, and so we want to invest in different things”.

When she was early in her career, one woman discovered she was being paid 30% less than her male equivalents, while another was not allowed to work in her family business, as it was seen as “inappropriate” for a woman to be in a male-dominated industry.

Another said she felt she was not educated about money when she was younger. 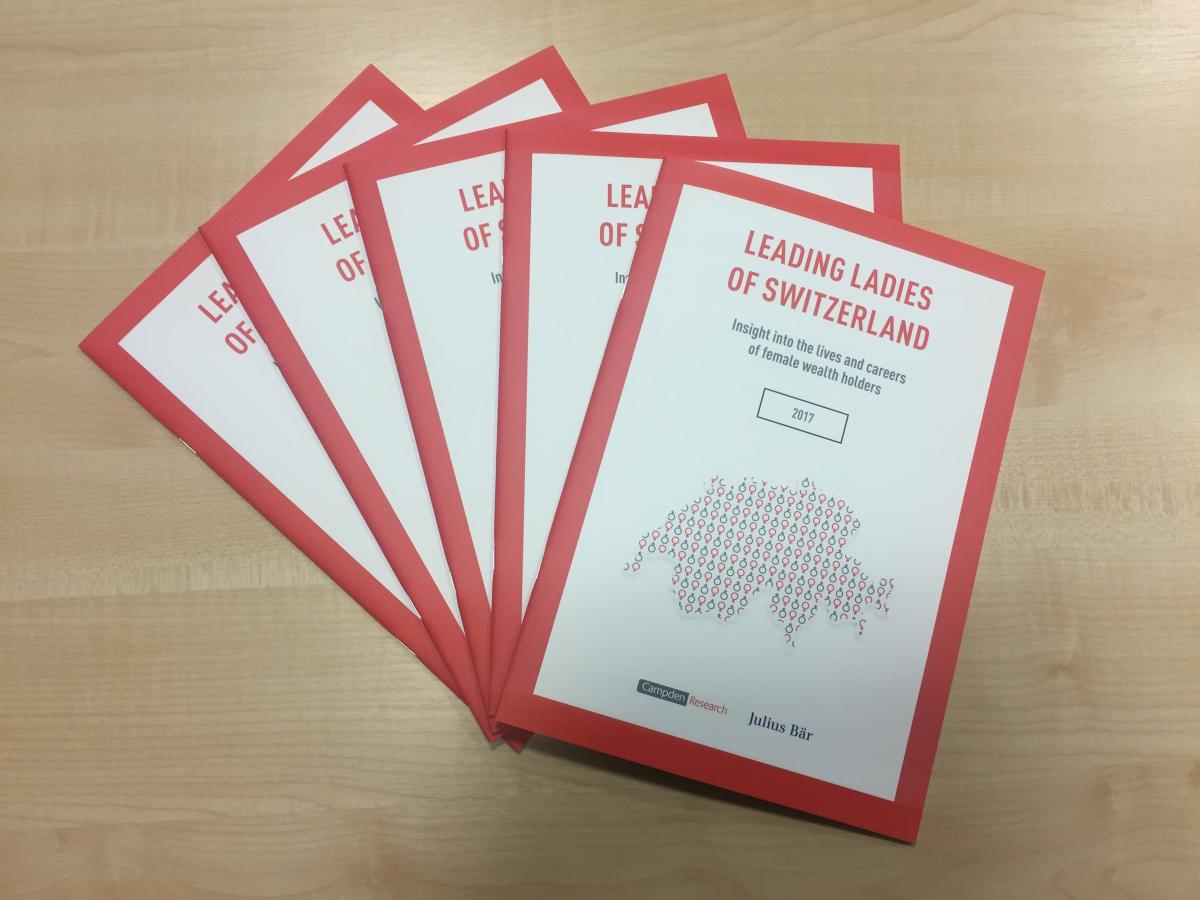 “Our male relatives were expected to join the family business and manage the wealth, but the same expectation was not directed to the women. They did not teach us how to manage our finances.”

Therefore education was a prized value, and one the women looked to instil in their children.

“For me, the biggest and most important job in any person’s life—for a man or a woman—is to properly educate their children…The rest is almost irrelevant. The rest is a means to an end,” one woman said.

Interviewees also emphasised the importance of letting the next generation find their own paths in life, especially when it came to joining the family business. One said forcing children into a certain career was “pretty much asking for rebellion”.

“Giving back” to society, including impact investing, also played a central role in the women’s lives: “I think everybody who is as privileged as we are should be looking at making the world a better place,” one said.

While some interviewees were born into or married into wealth, others come from humble beginnings. Interviewees include Katia Tissot of the Tissot watchmaking family; Atalanti Moquette and her daughter Elianna Sabba, from a fifth generation Greek shipping business; and Sarah Naef, pictured right, from the Naef Group.

Dr Rebecca Gooch, Campden Wealth research director, said she was grateful for the extent the women opened up about their lives.

“These women have achieved tremendous things both in their for-profit and philanthropic endeavours,” Dr Gooch said.

“As a result, this report is filled with advice for women looking to smash the proverbial glass ceiling, as well as the executives and advisers that support women of wealth.”

Related Content:
Euro star: Monica Mondardini and the secrets to effective management
Family office c-suite salaries up but few women at the top-tier