New York is hardly short of icons – look at all those yellow cabs and skyscrapers – but when it comes to dessert, it’s all about cheesecake. And when it comes to cheesecake, there’s nowhere quite like Brooklyn landmark Junior’s, a restaurant and bakery beloved of presidents, mayors, singers and film stars for the past 62 years.

The 43-year-old third-generation owner, Alan Rosen, who has been running his family-owned restaurant for the last two decades, is pretty blasé about the celebrities. “We don’t pay them nearly as much attention as we do our regular customers,” he shrugs.

He’s more interested in what brings the customers, famous or not, to Junior’s: the food. And that is all down to Junior’s founder, Rosen’s grandfather Harry, who with his head baker, Eigel Peterson, scoured the city testing and tasting different cheesecakes before creating their own “magical formula” in 1950.

It was such a hit that New York Magazine and the Village Voice called it the “best cheesecake” in the city. There are now about 20 versions of the iconic recipe including brownie marble swirl, carrot cake and diabetic-friendly cheesecakes.

Rosen’s passion for the business is evident, and ingrained. As a child he says he was “thrilled” when his dad woke him up at 4.30am for work. When a fire destroyed the restaurant in 1981, he was at summer camp. “I just started to cry by the payphone,” he says.

While Rosen’s father and uncle were, he says, “conservative” owners who consolidated the business, he has been keen to turn Junior’s into a brand, using what he learned on his hospitality degree from Cornell University. Under his stewardship Junior’s has opened up two more restaurants in New York, on Time Square (where the city's mayor Michael Bloomberg – pictured left with Rosen – turned out for the opening) and in Grand Central Station, and one in a casino in Connecticut. Even more excitingly, and perhaps incongruously, there are now two Junior’s restaurants in Japan. Under a licensing deal with Japan’s Sakai Foods, two deli-style diners opened in shiny department stores in Tokyo and Osaka this year. (The chefs have been to New York to learn the ropes, although the cheesecakes are being shipped from the US.)

Added to this are three cookbooks, with a fourth on the way, and a contract with television shopping network QVC, which has been a “great selling tool” for the cakes around the world. 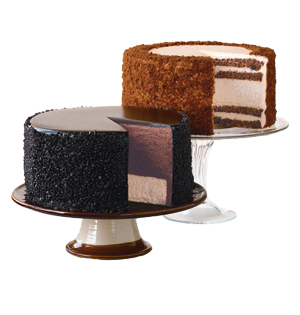 Rosen is keen to expand carefully, however. “Slow and steady wins the race,” he says. “We’re not the quickest growers in the world, but what we do we do well.” Is any more expansion planned? “When the right opportunity presents itself we will hopefully take advantage of it and open a new store or take a new opportunity to open a new store – say Japan comes along and wants to open a third store, we could do that, or another in the States in the next six to 12 months.” So far, it’s going to plan. Today the business employs 700 people, and Rosen estimates annual revenues of $65 million (€49.7 million) in 2012, a pretty spectacular increase on the $10 million it turned over in 2000.

So will the business continue into the fourth generation? Rosen’s 11-year-old twin daughters and nine-year-old son are already enthusiastic, he says, but he stresses that he won’t pressure them to get involved. With cheesecake this good, he might not have to.