With email pushing the utilitarian value of stamps towards redundancy, what will become of the world’s philatelic collections and how do they stand as an investment? Campden reports. As a child growing up in 1960s America, Donald Sundman’s father gave him a stamp album and some inexpensive stamps. “I lived in a small town in New Hampshire and so stamps were really a window into a larger world, where you could see stamps from countries that didn’t exist anymore, because World War I and World War II changed the map so much, and there were different languages. It was very exotic.”

Jump to 1998, Sundman, now the president of New York state’s Mystic Stamp Company and co-author of 100 Greatest American Stamps, was purchasing the most expensive stamp in American history – the Franklin Z-Grill. With his 11-year-old son doing the bidding, the auctioneer’s hammer eventually went down at $935,000.

A philatelist’s reasons for collecting, Sundman explains, can include learning about history, the thrill of the chase and bringing order to disorder. “There are some children and young people that collect, but it’s really a perfect hobby for older people because it’s an insight hobby. It is thoughtful; there are a lot of people who read and care about history who are more apt to be collectors. It takes time and money.” 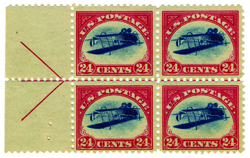 Just this September the world’s largest stamp gallery was opened to the public at the Smithsonian Museum in Washington DC. The collection’s main benefactor, financier Bill Gross, founder of investment company Pimco, only revealed himself as a philatelist around 10 years ago, having operated as an anonymous collector until then. The 12,000 sq ft gallery includes the Franklin Z-Grill, featuring Benjamin Franklin’s profile, and the Inverted Jenny – a 1918 misprint featuring a biplane flying upside down, mistakenly featured on a single sheet of 100 stamps (pictured, right).

While his contemporaries, such as Steve Cohen and Leon Black, make no secret of their trophy art collections, stamp collectors tend to be lower key about their hobby. Gross was reportedly encouraged to “come out” by one of his stamp agents, who thought it would help the reputation of philately to have a famous investor linked with it.

Sundman says this may be due to a concern that others might not understand their attraction to philately. “I think it seems almost frivolous, the idea that someone would spend large sums of money on a postage stamp. If you’re in a public forum, people could be concerned about your judgment.”

Indeed, the Treskilling Yellow – a single Swedish stamp from 1857 that was accidentally printed in yellow rather than its intended blue-green colour – is apparently the most expensive object by weight in the world, weighing only 250 milligrams but selling for $2.3 million at auction in 2010. 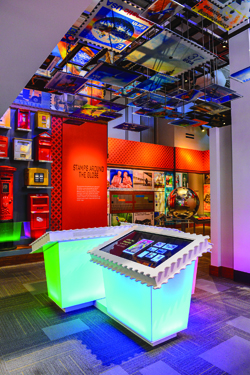 But what is the stamp market like, compared to those of your traditional financial assets? “It’s a very concentrated market and it’s a very illiquid market,” says Greg B Davies, head of behavioural and quantitative finance at Barclays Wealth and Investment Management. “Collectibles will always be something that requires connoisseurship and expertise. You’ve got assets that are indivisible, are often illiquid and are unique in many ways. I don’t think you’ll ever quite turn these into financial assets, like stocks or bonds, where you can buy a share of the company, or you can buy a hundred or one and it’s a much more divisible thing.” (Picture left, the William H Gross Stamp Gallery, the largest stamp gallery in the world.)

Stamps too have performed well when compared to other collectibles. According to the Knight Frank Luxury Index, the price of stamps rose 255% over the 10 years to the end of the second quarter of 2013 – the second best performing collectible, outperforming their arguably more glamorous counterparts, such as fine arts, watches and jewellery. Stamps were beaten only by classic cars, which increased a phenomenal 430%. 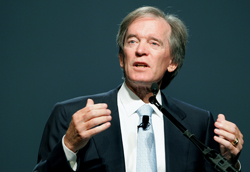 Highlighting the sometimes unconventional way in which stamp markets operate, is the trade that saw Sundman’s Franklin Z-Grill transfer into the hands of Gross (pictured, right). According to Sundman, the Z-Grill was the missing piece from Gross’s otherwise complete collection of 19th-century stamps. With the only other known copy held by the New York Public Library, Gross was determined to get his hands on Sundman’s prized item and made a proposal to swap the Z-Grill with a block of four Inverted Jennies. “It was kind of like kids trading baseball cards, it was very whimsical that you would trade two things each worth now around $3 million,” Sundman says. 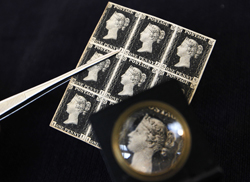 According to Paul Skinner, head curator of philatelic collections at the British Library, people began collecting stamps almost as soon as the first stamp – the Penny Black (pictured, left), featuring the then reigning Queen Victoria in profile – was issued in Britain in 1840. But it was not until 10 years later that collecting as we know it today started to take shape, Skinner says, with the publication of early catalogues and albums for people to mount their stamps in. “At this time the principal motive for collectors was to achieve a degree of completeness, however, once dealers in stamps started to charge higher prices for the more rare and difficult to come by stamps, collectors and certainly dealers were buying stamps because they were increasing in value,” adds Skinner.

Keith Heddle, sales and marketing director at stamp broker Stanley Gibbons, says philately is practised by a niche group of people and is less faddish than other collectibles, such as art. “It’s a more scholarly pursuit. When you build a collection, what you are then doing is showcasing it to your fellow philatelists and stamp scholars to say ‘look at the intricacy and beauty of this stamp collection’.”

Because fewer outsiders are speculating in philately, he says, the market is steadier. “People aren’t pouring into the stamp market the way they have into wine, or into cars and more glitzy things, so it’s kept the progressive increase of the stamp market much more measured.”

In terms of volume, Heddle says, most of Stanley Gibbons’s customers are hobby collectors, but when it comes to value, investors dominate with approximately £90 million under management. “Our minimum investment is £10,000, our average is £55,000, our top investors are up in the seven figures and our top investor has £5.5 million invested with us,” he says.

Davies says while he would advise against the purchase of collectibles, such as stamps, for investment purposes, in some circumstances, there may be a place for stamp investment funds – where investors are paying for the skill of someone who knows philately and the market, rather than the stamp itself. “There are people who are experts, who understand the market from the inside, who really know what they’re doing.” For them, Davies explains, there’s a much bigger argument to get involved as an investor, because what makes the market extremely risky for most people – the lack of transparency and regulation – are the reasons that make it a potentially valuable place for people who have specialist knowledge and understand the market inside out.

Unlike the art market, where a few blockbuster auctions are held every year and marketed heavily, about 50 stamp auctions are held each week around the world, according to Sotheby’s world philatelic specialist Richard Ashton. Having spent 50 years in the field, Ashton says the market has become much more international over that time. 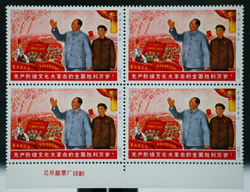 “When I started in stamps there were certain countries that were extremely difficult to sell. Nowadays there are collectors who buy stamps from countries all around the world. But the ones that have real prominence at the moment are China and India. That, of course, is a trend following the economies of these nations. It’s virtually all domestic sales driving these purchases.” (Branding it a bourgeois activity, Chairman Mao banned stamp collecting during his reign. Now stamps bearing his image sell for hundreds of thousands of dollars. Pictured, right)

He says it is men from the professions who tend to be the typical face of stamp collecting. “I think because you need an eye for detail, stamps are a very precise hobby, so when you think about accountants, lawyers, surgeons, they’re all people who are very disciplined in their work life.”

But will they still be interested as the utilitarian use of stamps becomes virtually redundant? The United States Postal Service expects a 40% drop in first class mail deliveries between 2009 and 2020, from 84 billion pieces to 50 billion, as communication becomes increasingly digitised. Speaking on the effect of this on stamp collecting, Sundman says: “The internet makes it so much easier to learn about a topic, including stamps and coin collecting, and email allows collectors to communicate with each other so easily. In another way, because people send texts and email and other digital communications, people see fewer stamps through their mail. We see that as a negative, because if you’re not seeing the stamps you’re not thinking about it as much.”

But Heddle, who admits he rarely uses stamps outside the Stanley Gibbons’ office, is optimistic a new generation, approaching retirement, is about to emerge. “Our fathers and grandfathers did it because that’s what you did. There was no television, so children got into collecting stamps,” Heddle explains. “The Baby Boomers probably didn’t do it so much but are now coming back to it, saying ‘well, Dad used to be posted out in Malaysia, so I want to know all about Malaya stamps’. There’s definitely a new impetus coming through.”