David Lladró shifted from executive in his family’s global porcelain business to head of the family office — just as the Spanish economic crisis was about to hit. CampdenFO spoke to him about lessons learnt David Lladró shifted from executive in his family’s global porcelain business to head of the family office — just as the Spanish economic crisis was about to hit. CampdenFO spoke to him about lessons learnt

Decision-making in the family office is about detachment; in the family business it is about passion. “The experience of running the family office has taught me a lot,” says David Lladró, who has spent eight years as a family office executive. He previously served in the second-generation Spanish porcelain company that bears the family name and that has a strong following among collectors (pop star Michael Jackson being one of its most famous). 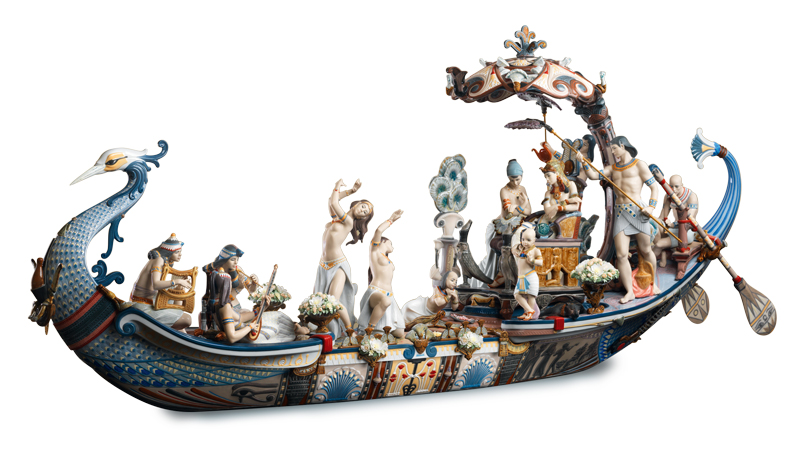 “Normally family businesses are related to one core business that has been in your family more than two, three, four generations, so there is an emotional link.” At Grupo Edisa, the single family office where Lladró, 41, is chief executive, the family takes a preservation approach to its wealth. “Our investments are business and you don’t have that link or heritage behind it,” he says.

The Lladró family business may be in an industry that is more “emotional” than most. Unlike the so-called hidden champions (successful, largely family-owned businesses that are not high on the public’s radar), Lladró produces sentimental porcelain figures that can be found in malls and High Street standalone shops around the globe, from the US to Japan to India. It doesn’t disclose revenues, but it employs close to 1,000 workers. All its products are handcrafted in Valencia, the port city where the company is headquartered. 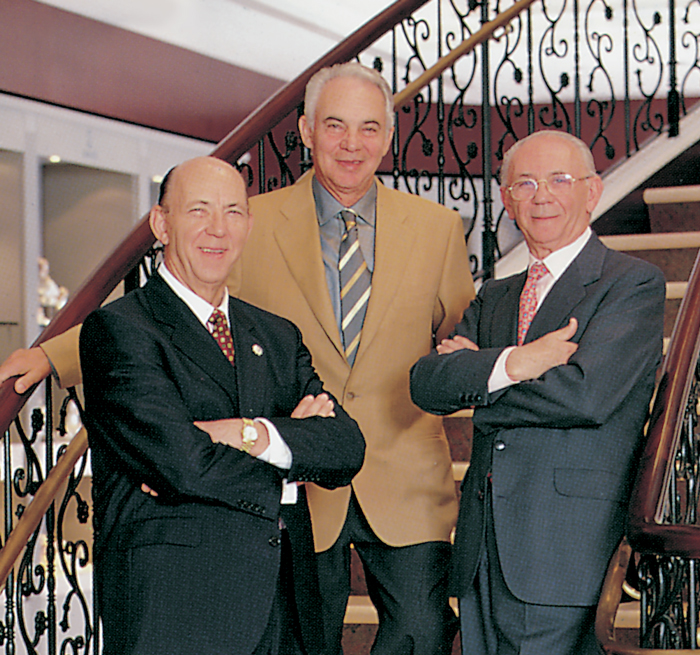 Passion for the family business can be seen in the founding generation – the three brothers (pictured left) still visit their neighbouring offices at Lladró’s headquarters several times a week, despite being in their eighties. From a young age, Lladró says he could see his father, the youngest of the brothers, wanted him to join the family business. “My father would share with me everything when I was a little boy. Many self-made entrepreneurs, business people, all they talk about is their business and they take it with them everywhere.”

The family’s decision to start a standalone family office, one that Lladró would lead with his brother, Juan Vicente, acting as chairman (their sister is also a beneficiary), came at a particularly inauspicious time, just ahead of the Spanish financial crisis. Since the mid-nineties a family office structure had been part of the family business. “It was a way to diversify,” Lladró explains, “But at some point you need to contemplate it and approach it as an independent business.”

Disagreements in the family about the best strategic direction to take the porcelain business forward led to restructuring in ownership within the family. “My brother and I, we had a point of view that was different from the others. Because we did not have the majority to move forward, we decided to give stability to the company and step backwards,” Lladró explains. Control of the business was passed to an uncle, Juan Lladró, and his daughters, Rosa and Ángeles, who became 70% shareholders.

Lladró’s family sold down their one-third stake to 15% and Grupo Edisa was founded in 2007. Spain would officially enter what would become a double-dip recession the following year, and struggle back to recovery four years later through a €100 billion ($111 billion) rescue package from the European Central Bank. “The good thing is we didn’t execute all the business plans we were developing, because of the crisis. We stopped a lot of new investment,” Lladró says. The family office has five direct employees, a suitable number relative to the business portfolio, Lladró explains, which is invested in real estate, hotels, clean energy and private equity (it outsources all tax and legal services). It does not disclose its assets under management.

Spain’s economic outlook is more promising today. A report from the International Monetary Fund (IMF) released in August predicted growth of 3.1% in 2015, and 2.5% in 2016. “It’s not Greece, it’s not Italy, and it’s doing a lot better than Portugal,” says Rodrigo Mendes, private client director at multi family office L J Group, comparing its current situation to Europe’s other big victims in the economic crisis.

But unemployment is over 20% heading into national elections at the end of the year (October polls predicted the social democrat party Ciudadanos playing kingmaker to the incumbent People’s Party and the Spanish Socialist Workers’ Party). There is further tension coming from Catalonia, where nationalist parties seeking independence from Spain narrowly won regional elections in September. Grupo Edisa is not invested in the region, which accounts for 20% of Spanish GDP, and Lladró says he would take a “wait and see” approach to investing there.

Besides a couple of real estate investments in Hungary and Mexico, the Lladró family’s exposure to international markets comes through the family business, where exports account for 85% of revenues. “In order to invest abroad you need to be in those markets,” Lladró says. “You need the local knowledge, you need to spend a lot of time abroad, travel, have your offices there. It’s more complicated and difficult. There was value in Spain. We wanted to do something we could control and have the headquarters here.” 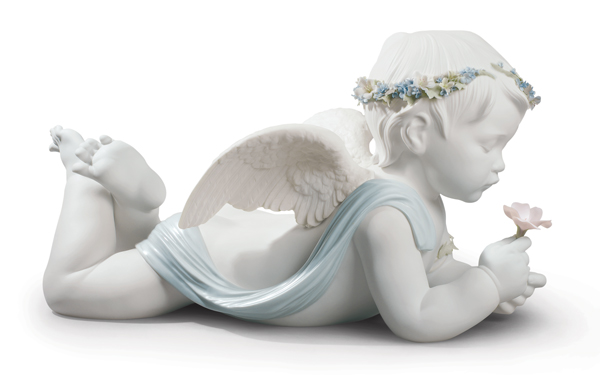 Spanish families are typically focused at home or in the Spanish-speaking world, according to Mendes. “Traditionally, wealthy families have accumulated local knowledge and local connections. This was actually leveraged to overcome the recession’s chronic capital shortage.” Mendes points to the Botín family, behind European banking giant Grupo Santander, as a successful example. “Not only do they know the markets where they operate intimately, but they’ve managed to establish themselves as more than mere investors. There is knowledge and there are connections, and this can be leveraged.” However, the IMF raised concerns that Spain’s firms are less export-orientated than their European peers. High-end department store chain El Corte Inglés, traditionally one of the country’s most successful family businesses and one that only has locations on the Iberian peninsula, struggled as Spain’s middle class shoppers felt the pinch of the economic crisis.

While Mendes emphasises the importance of local networks to Spanish family offices, Lladró says he approaches co-investing with caution. “It is an easy way to develop a portfolio, for example as a minority shareholder of another family business’s investment. They’ve been in that industry; it may be easier with them than developing that knowledge in-house,” Lladró says. “With the crisis though, something you realise is that there are not as many good managers. I learnt that I want to invest my wealth in those businesses and those industries where I have knowledge and I have control.”

Since his branch of the family halved its stake in the porcelain business, Lladró’s role in the family firm had been solely as a shareholder on the family council. “It was difficult to step back, but I would do it again,” he says, adding that it was right for the company and right for the family. But as of September, Lladró is a member of the board of directors. He hopes his eight years in the family office brings a cool-headed approach to decision-making. “Taking care of family wealth, investing with the family office, it’s more rational and more objective.”

From a personal perspective, Lladró enjoys the dual roles he now holds at the family business and the family office, and believes they complement each other. “After the family office I’m used to analysing investments and situations, especially in Spain with the crisis – it’s been long and intense.” 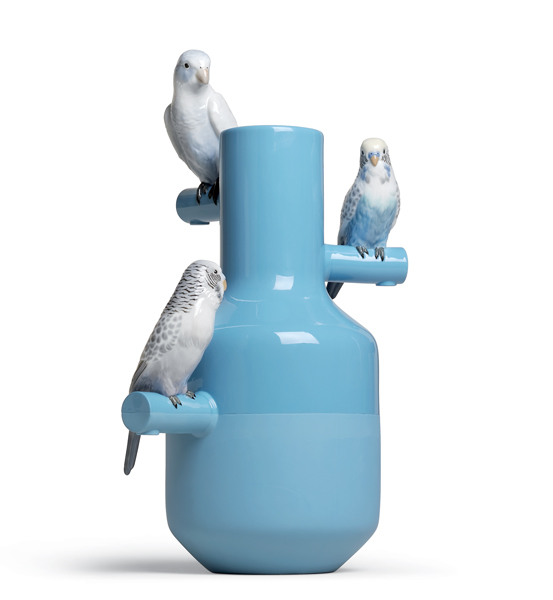 This could be useful as the family business tackles challenges ahead, like changes in consumer behaviour and tastes. “People don’t invest in nice tableware or nice crystal as they used to, so they are industries that are not as profitable as they once were,” Lladró says. The company has expanded its products beyond decorative figurines to chandeliers, lampshades, and mirrors. It has also collaborated with contemporary designers, such as Jaime Hayon, a Spanish street artist. “We need to find a balance between the core and classic Lladró, which is very well appreciated,” he says, admitting that shifting the DNA of such a strong brand is no easy task. The weakening Chinese yuan, which has concerned many in the luxury sector, is not such a problem for the family business, Lladró says, with its most mature Asian markets in Japan (where it did feel a short-term blip following the 2011 tsunami), India, and Hong Kong.

Within his own family there are also changes. Lladró and his wife have welcomed three children (the youngest born in February) since he joined the family office. “I will be proud to show them the business, but also to see how they grow as individuals. If you see they have another motivation in life, like to be an artist or a doctor, you should let them grow their way.” Just as trends will change the shape of his family business in years to come, so too Lladró thinks family businesses will change. “Because of globalisation, because of the internet, there’s more freedom, people have more references, and I don’t see the next generation becoming as involved in the family business as before.”