Thirty-six-year-old, third-generation businessman Keisuke Takemura has achieved the seemingly impossible with his late grandfather’s underwear company: made it cool among Tokyo’s hipsters. Thirty-six-year-old, third-generation businessman Keisuke Takemura [pictured, below right] has achieved the seemingly impossible with his late grandfather’s underwear company: made it cool among Tokyo’s hipsters.

Tell us about your family business
My grandfather started the company AS Corporation in Osaka in 1938. There were just one or two people in the company at the start and they made warm, basic underwear for Japanese men. The company has grown considerably since then and has 220 staff today. It mainly manufactures and sells underwear wholesale to retailers, but over the past 10 years we’ve opened six of our own stores across Japan. 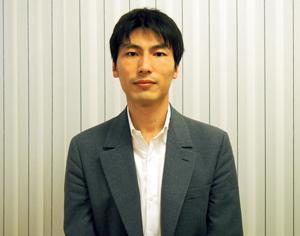 When did you get involved?
After I graduated from university in Osaka, where I studied economics, I first worked at a trading company specialising in textiles. But then I decided to follow in the footsteps of my brother, who was already working here, and joined the company in 2004. My grandfather has now passed away but my father is chairman and two of my uncles work here too. It’s a family company. I grew up in this environment and joining AS Corporation felt like the most natural thing for me to do.

What ideas did you have when you joined the firm?
I had an idea about steteco – which are long trousers traditionally worn by men under kimono during the Meiji Era in Japan, around 140 years ago [pictured, below left]. More recently, the white crepe trousers have been very popular among old men over the age of 60 and also older salarymen who wear them under their suits. Sales of our steteco peaked in 1975 with 6.5 million pairs sold a year. When I joined the company, only around 30,000 were sold a year, but they were still our top selling product. I decided to rebrand them to make them appeal to younger generations. 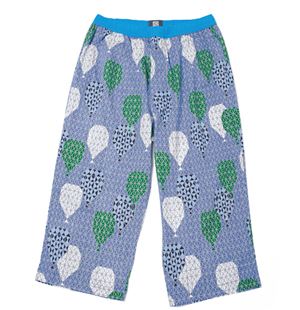 How did this idea come about?
When I entered the company, a very senior employee asked me if I’d ever tried them on. I hadn’t. It just hadn’t occurred to me as I thought – like most people – that they were only for old men and salarymen. But my colleague insisted I try them out as they were our top sales product. So I tried them on under my suit in the summertime – and I was extremely surprised. They felt so comfortable in the heat. I told my friends about them and asked them to try them on too – and everyone thought the same thing. These trousers completely absorbed the summer humidity and were very comfortable. It was also very relaxing to wear them in the evenings after work. But everyone agreed on one thing: that they looked very bad. So I had the idea that if we made them a bit more stylish, they could become very popular among younger people.

How did you make it a reality?
We launched a new brand called steteco.com in 2008. First, we made the designs very colourful, collaborating with contemporary Japanese designers such as Nuno Works, Hirocoledge & Co and Enamel. We also changed the pattern cut to make them slimmer. They are made completely in Japan. We use the special Japanese crepe fabric know as “chijimi” which is very good at absorbing moisture and is made at our factory in Shiga. The designs are printed in Kyoto and the steteco are then sewn together at another factory in Oita, southern Japan.

Who are you targeting?
I basically wanted to make something that I would wear. So I’d say we’re targeting men and women in their 20s or 30s. We wanted these trousers to look stylish, but also result in a revival of the culture of wearing steteco among younger generations. 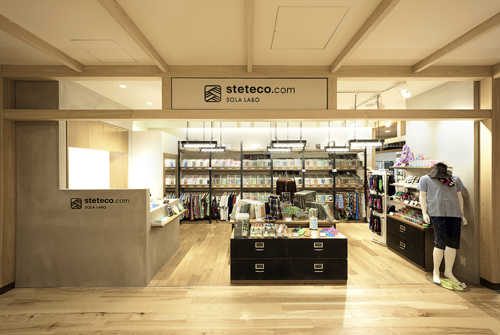 And how have things developed over the past five years?
At first, our senior employees thought perhaps it would not work. It was very challenging. The staff were wondering what on earth I was making as the company normally made very traditional products. But the brand has been very popular. These days, we make 30 times as many steteco.com products a year than five years ago.

How is the business looking today?
We have three LABO-branded stores in Tokyo and Osaka, with a fourth to open shortly and they’re also stocked in a number of selected shops and department stores. We’ve made about 120 different designs for steteco trousers and now also make clothes ranges for men, women and children. We have a team of five in-house staff and an external designer. Next, we’re hoping to target foreign visitors so steteco.com can become better known outside Japan.

And what’s the most satisfying aspect of developing this new brand?
We never wanted to be a passing fad or something that was fashionable just for now. The best part is the fact that the culture of wearing steteco seems to have been revived in general in Japan as a result of this brand. Even Uniqlo has now launched its own range of steteco.