Bob Rich, sportsman, author and chairman of one of the US’s biggest family-controlled food businesses, explains why ethics matter, family members can’t be complacent and why he’ll never retire. Sitting in his office one afternoon, Bob Rich received a frantic call from an employee. The man, tasked with heading up the family business’s operations in an emerging economy, had just spoken to border officials, who were demanding bribes to get Rich Products’ goods into the nation. The manager didn’t know what do to.

But for the chairman of one of the largest privately owned frozen food companies in North America there was only one option when faced with corrupt officials – no matter how important the market might be. “You’ve got to do the right thing,” Rich told the manager, who took the business out of the country for six months. It never paid the bribes.

This ethos of doing the right thing, says the 70-year-old, is at the heart of the Buffalo-based company. Before ethics became the business buzzword of the late 1990s, the company had made doing the right thing one of its five core values. It’s formally outlined as “do the right thing, no matter what”. What is right? “It’s what your mother would approve of,” says Rich, a hint of humour entering his voice.

Even now, there are countries where they won’t set up operations because of concerns about safety or corruption. At a more local level, the business’s 8,500 employees, called associates, are encouraged – in fact, mandated – to report cases where the “right thing” wasn’t done to a confidential ethics awareness team.

Sitting in a hotel on New York’s 5th Avenue, Rich, dressed in an open-neck shirt, is relaxed – he seems easy-going, although he’s often been described as fiercely competitive and intelligent. He puts his stress-free demeanour down to the knowledge that everyone at Rich’s tries to act ethically. “I sleep better at night than any other chairman you’ve ever met,” he says, smiling. A personal fortune of $2.1 billion (€1.6 billion), which according to Forbes makes him the 200th richest person in America, can’t harm the stress levels, either. 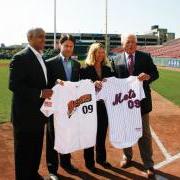 Despite the obvious satisfaction the business gives him, Rich, a keen sportsman who has written books on his sporting endeavours and has interests in a number of minor league baseball teams including the Buffalo Bisons and the Jamestown Jammers, didn’t always plan on joining the family business. Instead he wanted to fly jets for the US Air Force or become a professional ice-hockey player – he even tried out for the US Olympic ice-hockey team. “When I was at college, I thought I was the smartest guy, I thought I knew everything and my father knew nothing – I felt he had blinders on.”

But his father, also called Robert, who founded the company in the 1940s after discovering how to make a frozen soya-based whipped topping, wanted his son to join. Bob’s older brother David, an Anglican priest, wasn’t interested in business, while his sister Joanie was a “product of the time”, says Rich, destined to get married and be a full-time mother.

That left Robert Jr, who was given $1 million to establish Rich’s Canadian division. He set up the factory, but on its first production run, Rich’s Whip Topping wouldn’t whip. Left with little choice, he called up his father, who told him how to fix the problem. “It was amazing how smart he got so quickly,” he laughs. “After that, we became best friends.”

The father and son worked together for over 40 years. In retrospect, says Rich, there was a “strong emphasis” on preparing him to take over. He became president in 1978, when the business had sales of $190 million – its revenues for 2011 are “around $3 billion”, he says.

Since his father’s death in 2006, Rich has headed the family business. He owns 76% of the company and the rest belongs to the third generation, which includes his children, nieces and nephews.

Three of his children – Kimberly (46), Bobby (44) and Ted (42) – are involved in the business, while 32-year-old Barney works as a lacrosse coach and a public high school athletics director. There was no pressure to join – Rich was “more interested in seeing the kids lead happy and productive lives”, but family members who want a career in the 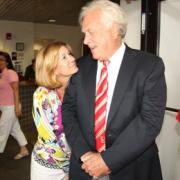 firm are expected to work hard. “We have a rule – we make it clear to the kids that if they want to work at Rich’s, they will need to be college-educated, have worked elsewhere and received a promotion – and they’ll start in an entry-level job,” he says. His third wife, Mindy, also works at the company – she is the vice-chairman and the one who “promotes change”, he says. They met while she was working in advertising in 1984 and have been married for 26 years. And although she’s almost 20 years his junior, Rich says: “She has an old soul, so we get along well.”

But it hasn’t been all smooth sailing for the family business. Robert Sr fought and won numerous legal battles with the dairy industry over his promotion of non-dairy products. In the 1970s his son faced his own battles. In one of the earliest examples of buying sports naming rights, Rich Products signed a 25-year, $1.5 million deal to call American football team the Buffalo Bills’ playing field Rich Stadium – but only after tough negotiations. Then after disagreements with the Bills’ owner Ralph Wilson and attempts to remove the letters bearing the new name, the sheriff and lawyers had to be called. A lawsuit was launched against Wilson, which was settled out of court after he agreed to use the new name on tickets.

In recent years, the recession had a “substantial” impact on Rich’s. Although trade association the American Frozen Food Institute says the US frozen food market, worth $56 billion in 2010, generally fared well as families increasingly cooked at home during the downturn, much of Rich’s business is focused on the food-service sector, supplying restaurants and canteens with frozen products. But it managed to avoid lay-offs and revenues have increased steadily, from $2.6 billion in 2007 to $2.9 billion in 2009, thanks partly to strong growth in its retail division – which supplies products, such as frozen cookies and muffins, that can be cooked in-store to supermarkets across the world. 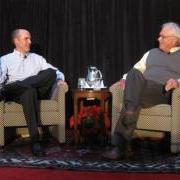 Rich puts the company’s sound performance down to its long-term outlook – and having a chief executive in place who knows the business well. Bill Gisel joined in 1982 and became chief executive in 2006. He helped grow the business internationally – it now has a presence in 110 countries. “He was handpicked and trained, a young protégé of mine,” says Rich. “He knows I’m not going to second-guess him. If I’m unsure, we’ll sit down and discuss it – I had the same relationship with my father.” He adds: “I think of Bill as a son.”

Could he even take over the top role one day? “Our people know that everyone in the business, whether their last name is Rich or not, has an equal opportunity to be promoted,” he says. “I haven’t said who will replace me – it takes away healthy competition.” That’s not to say there isn’t a succession plan in place – it “runs right down through the company”, outlining who is suitable to take over each leader’s role immediately, in a couple of years and in the longer term. It’s designed to change, as the workforce changes. But succession needs to work in the business’s long-term best interests, says Rich, and this means that everyone, whether family or not, has to prove themselves. “If I have to have one of my children succeed me, then I get a problem where I might be not acting in the best interests of the company,” he adds.

With Gisel looking after the food business, Rich has been focusing more on the company’s entertainment division. Along with Mindy, he’s been producing shows - Doctor Zhivago, which debuted in 2011 to acclaim in Australia, and yet-to-open Broadway musical Becoming Chaplin. Then there is his involvement with the Bedlington Terriers, a lower league British football team in Northumberland, which Bob began supporting after Mindy bought him the title Lord of Bedlington, having discovered that his forebears came from the area. He spent £30,000 to buy them a new scoreboard and sells their shirts in the US. 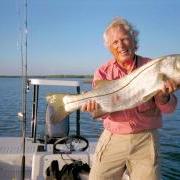 His decision to help the down-and-out team grabbed headlines across the world, making the front page of the New York Times, and the story is soon to be turned into a film. His book Fish Fights, based on his experiences as a champion angler, also caught the attention of Hollywood and will be released as Morada Bay in the next two years. Bob and Mindy have been attending the table-reads of the scripts and “becoming part of the community” – “these are investments”, he says. When he finds time, he also works on his first novel, fishes regularly – he recently caught a grander, an elusive black marlin weighing over 1,000 pounds, and is known to fish with George Bush Sr – and still plays sports.

This 70-year-old has no plans to slow down. “I don’t think people in family companies ever retire,” he reckons. Not only is he enjoying the entertainment side of Rich’s, he sees good growth opportunities in the food sector – Rich’s regularly acquires other food production businesses, particularly family-run companies, and has added new product lines, including “healthful” options, in recent years. Internationally, its sales are up, but the US, accounting for about 70% of its sales, remains a concern. “Demand for products, revenue and profits are growing, but the bad news is that most of this is happening outside of the US. We’re doing lots of hiring, but this is mostly happening outside of America,” he says. For a business “committed”, as Rich says, to the US and Buffalo in particular, this is difficult – Rich’s roots in Buffalo and links with the community are important. “I think the city needs Rich’s and I think we need Buffalo too.”

It’s partly why the man who was once reluctant to join Rich’s says he’s now committed to keeping the business in the family. “In our case, the family business just doesn’t refer to ownership. It refers to the entire company who we try to treat like family – the staff, our customers and our community,” he says. And despite being regularly approached by larger conglomerates that want to acquire Rich’s, he says he wouldn’t sell. They might say it’s business as usual, but a year or two later, the headquarters would close or plants would be shut, he reckons. Rich and the next-generation “are in it for better or worse”. “You’re probably talking to the worst businessman you could meet,” he says. “We’re not for sale at any price.”