Family offices registered their best investment performance in five years and the majority intend to maintain or further increase their deal flow. Yet as experts warn that the bubble may burst, are families prepared for what comes next? Record returns, a trend towards high risk, more illiquid investments in pursuit of yield, and an increased appetite for co-investments all shaped the family office landscape last year. So, how have family offices structured their portfolios for such high returns?

In 2017, investment performance converted into capital gains, with almost half (48%) of family offices reporting their assets under management have increased over the 12 months surveyed.

“Continued growth in private wealth globally, especially from the Asia-Pacific region, is driving a switch towards growth over preservation,” Ferrari says.

“As well as an increasing preference for equities, the past three years have seen a concerted drive by family offices towards high risk, more illiquid investments in the pursuit of yield.”

Family offices have increased their appetite for alternative investments, with 46% of the family office portfolio now allocated to private equity, hedge funds and real estate—a 2.9 percentage point increase from the previous year, according to the GFOR.

Nearly 80% of these investments either met or exceeded their performance expectations and half of the family offices surveyed plan to invest more in direct private equity deals.

“I think we are in a bit of a bubble and people think this bubble will continue, and they have not lived through bubbles bursting before,” Fruitman says.

“This is an attractive asset category, but a risky one. You should never be in it in a big way because when the bubble bursts you are going to be left with a lot of illiquid investments and you cannot sell them because that’s the whole point of private equity. You own it until something happens, but that something may never happen.” 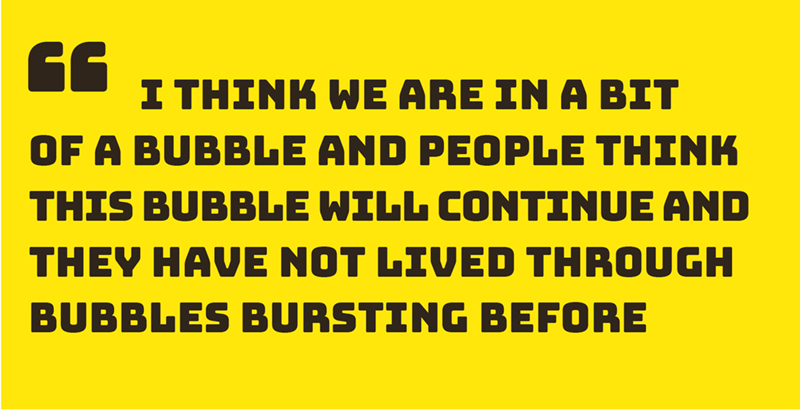 Allocations to hedge funds continue to fall, a three-year trend that began in 2015. The asset class made up just 5.7% of the average family office portfolio last year, a 3.2 percentage point drop year-on-year.

Fruitman says hedge funds were attractive to families in the past because it gave the same returns as private equity but with added liquidity. However, the asset class has been underperforming and requires high fees.

“I think it will contract for a little while and then it will stabilise and continue to be an asset category. The fees may come down but it will still be a part of people’s portfolios.”

Families are now increasing their interest in co-investments, with 23% of all direct private investments allocated to deals. Within the direct investments category, 92% of co-investment deals met or exceeded their performance expectation.

“It is a very attractive concept—why do it by yourself? Get other people in there to examine it, share the risk, and share the work and contacts.” 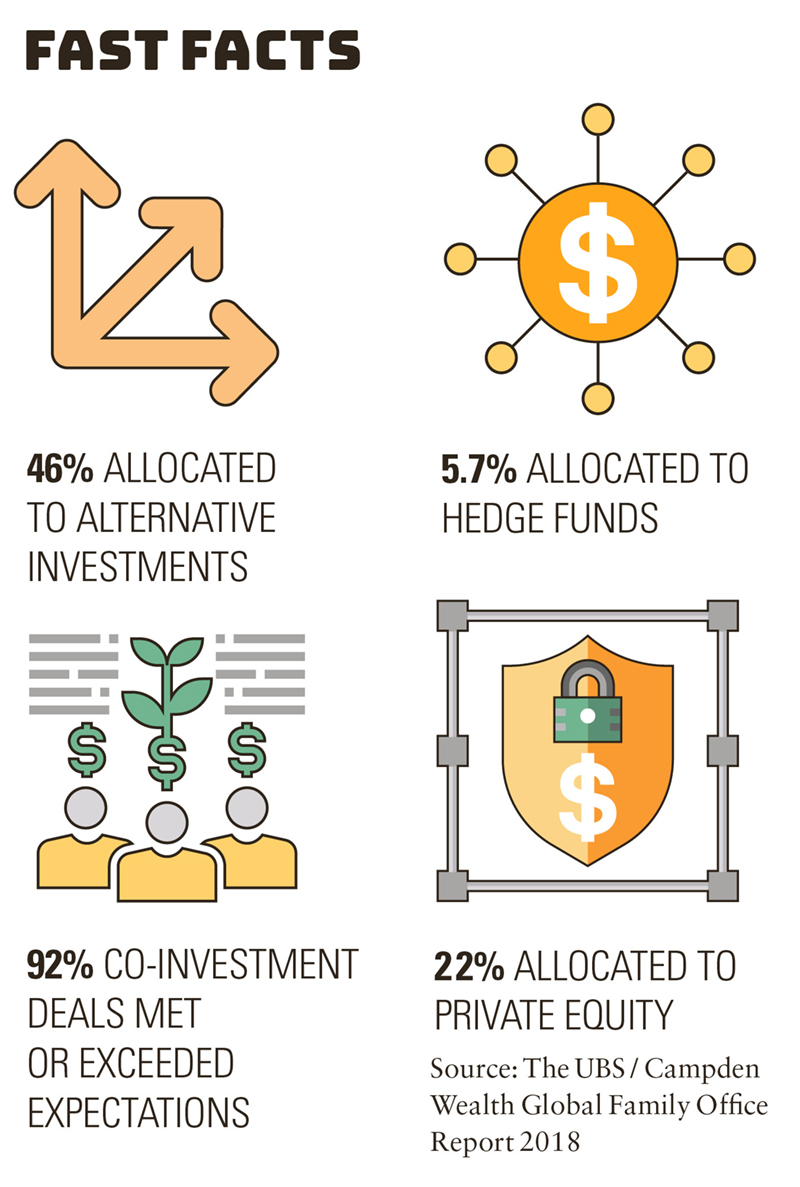 However, family offices are still facing challenges in this space. Nearly 70% pointed to deal due diligence as a key issue, while hardships that relate to sourcing attractive deals (64%) and obtaining sufficient deal flow (42%) followed as central concerns.

Regionally, family offices in Asia-Pacific also highlighted a lack of qualified independent advisers (13%) relative to other regions, which researchers say is, in part, a consequence of the relative newness of the family office space in Asia-Pacific compared to the more mature markets within Europe and the United States.

Roach advises families to use their networks to increase their opportunities but to be wise when choosing a partner.

“One of the things you should spend a huge percentage of your time doing is talking to other families because the key to success [in co-investing] is deal flow,” he says.

“You also need to really understand who you are co-investing with in terms of their history and keep in mind that just because a family has invested in something, it does not automatically make it a great investment—it’s just a starting point and you have to do
your homework.”