A concerted coordination between global regulators and national governments means regulation is impacting families on matters as diverse as tax information to reputation. Rose Carr and Nicholas Moody ask experts what regulatory measures family offices should watch out for Family offices are feeling the pinch from rising regulatory requirements. Costs have risen seven basis points in the last year, according to the Global Family Office Report 2015, and were listed by respondents to the Campden Wealth/UBS research as the main challenge for the industry. According to that research, legal and tax services accounted for 19 basis points in costs to the average family office (AUM $806 million) – equivalent to $1.5 million annually. Governments’ increasing focus on tax transparency, beneficial ownership, and investment suitability are likely to see these costs rise further as families call on the services of their trusted advisers more frequently.

The rising regulatory costs have had direct repercussions for multi and single family offices alike. Stonehage Fleming chief executive Giuseppe Ciucci said in late 2014 that regulatory burdens had forced the UK-based multi family office to seek economies of scale. Sandaire and Lord North Street also merged in 2014. Meanwhile, former chief executive of Okabena Company, Chris Galloway, said rising costs in the US were one of the reasons the single family office was starting to take on outsider money.

Matthew Bender & Co Holdings will remain a single family office (SFO), in part to avoid much of the administrative burden associated with marketing to third parties, says its chairman John Bender. The SFO, associated with one of the founding families of an Anglo-Dutch publishing concern, has an established policy of only using trusted intermediaries with which there has been a long history of a rapport with the family.

“We would rather continue working with parties we know well. Our very closest relationships have spanned generations and not just decades in some instances. In general, it is not worth expending time opening new accounts, particularly in an environment of such significant staff turnover amongst service providers,” he says.

The Common Reporting Standard (CRS) is the latest global regulation requiring attention from family offices (turn to our CRS spotlight on page 16). It came into effect for “early adopters” on 1 January this year and will enable the automatic exchange of tax information globally. In a bid to encourage cross-national compliance, over 80 countries have endorsed it.
Simon Phelps, a partner at Berwin Leighton Paisner, says: “The CRS represents the most pervasive reporting framework to date and therefore the most significant threat to the control of information regarding wealth structures.”

Ashley King-Christopher, a partner at Charles Russell Speechlys, warns that the CRS is just the first arrow in the arsenal of tax authorities. He highlights the link between tax structures and reputation.

“There will be lots of other mechanisms to flush out tax evaders. Your tax structure is now part of your reputation and your key advisers need a high reputation if the family/principal wants the same – you need to have best-of-breed professional advisers,” he cautions.

“Have you stress-tested your advisers and your structures to ensure they can cope with this new era of transparency? If you haven’t then you could be setting yourself up, like several sportsmen and celebrities in the UK [who used questionable tax structures], to fall foul of the tax authorities. Questionable structures usually follow from using questionable advisers,” King-Christopher adds.

On top of the global impact of CRS, many countries still have plenty of national peculiarities to contend with when it comes to regulation – some of which may even trip up families living outside that jurisdiction, like the large traders reporting requirement in the US, or local ownership requirements in the UAE.

US public securities and beneficial ownership
Mark Tice, associate at Withers Worldwide (US) 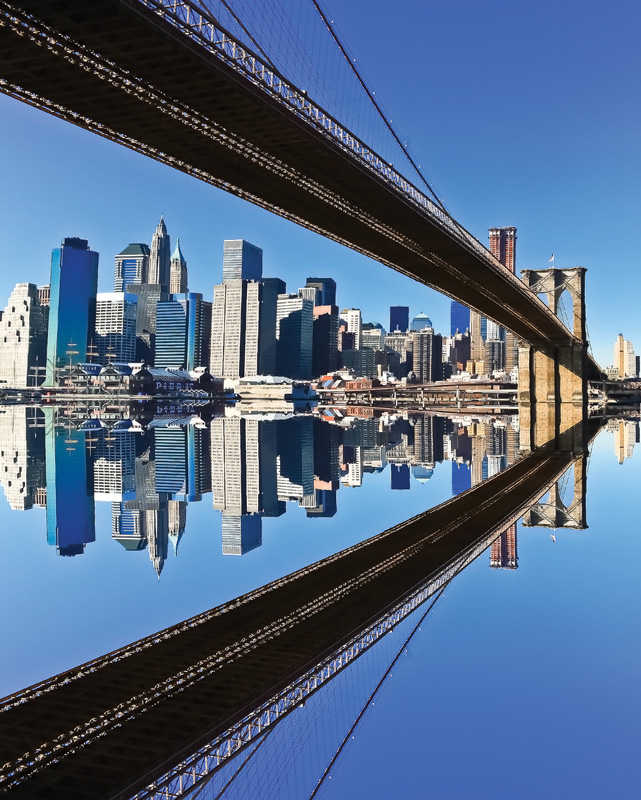 Reporting requirements stipulate that individuals or entities must report beneficial ownership of shares of 5% in a publicly-traded company to the Security and Exchange Commission (SEC). In these cases, the chain of ownership may be disclosed publicly.

While not subject to the same restrictions as hedge funds, Tice says that family offices can also pop up on the SEC’s radar by inadvertently violating large trader restrictions. The threshold currently stands at transactions of 2O million shares or $200 million per calendar month.

“A lot of our clients – especially foreign nationals – don’t necessarily become aware of rules that require disclosure of ownership until they are contacted by a broker dealer,” says Tice. “The onus is on brokers to report what is going on with the large traders they deal with,” he says. “It’s more about monitoring, so the SEC knows who has a large hand in the markets.”
But, while Tice hasn’t seen the SEC aggressively pursue clients who break the rules, enforcement actions taken by the SEC increased 6.9% last year compared to 2014, according to a report issued earlier this year by New York University’s Pollack Centre for Law and Cornerstone Research.

Registration with the US Securities and Exchange Commission

While family offices successfully lobbied for exemption from SEC registration under the Dodd-Frank Act – providing they conform to the commission’s strict definition – Tice warns there are still ways family offices can run afoul of regulations.
“Family office (FO) exemption requires the FO to provide specific kinds of services only to family clients and they have to be controlled in a certain way. [Clients] may not be able to have the same kind of advisory relationship to certain kinds of clients as they had in the past.”

Strictures on ownership and control are important to look out for, as well as definitions on what constitutes a family member. Single family offices can often be caught out by providing advisory services to in-laws and family friends, which is not permitted under the restrictions.
Multi family offices are not exempt from SEC registration and Tice warns single offices that are considering expanding their activities to keep this in mind. 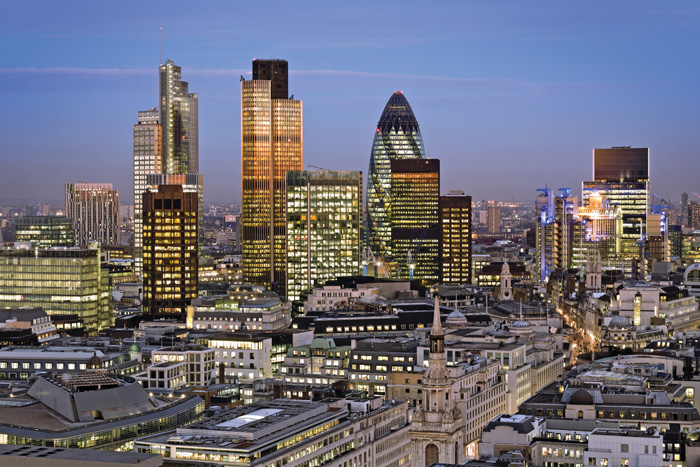 “From April 2017, all UK residential property held by non-domiciles, either directly or indirectly through an off-shore company, will be subject to UK inheritance tax laws. The government has suggested that when residential properties are held by corporates in the UK – principally, in order to avoid inheritance tax – they will seek to see through the companies and treat the physical shareholder as the ultimate taxable owner.”

Capital Gains Tax
The capital gains tax has come into effect for non-residents, Campbell points out, adding that the lowering of the threshold for the Annual Tax on Enveloped Dwellings (ATED) to £500,000 ($719,268) means the new regulations will “catch even a few square meters of a pied-à-terre in London.” He adds, “there are ways of mitigating this, but people need to take sensible specialist advice which may not necessarily come from the solicitor who will buy the property for them.” 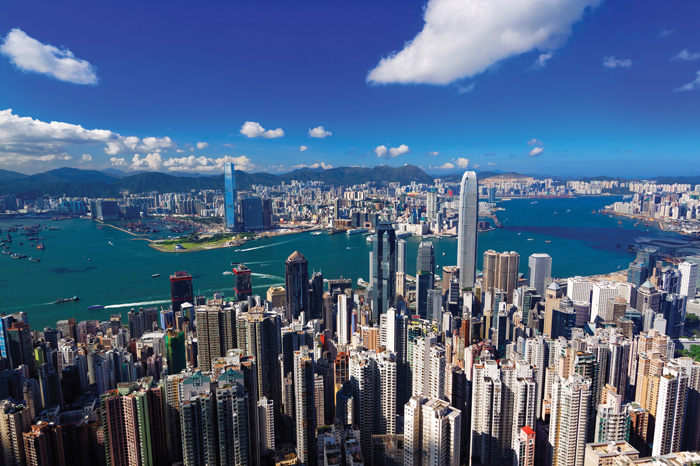 Phelps describes the CRS as the “stand out” regulatory issue to watch in 2016, both for family offices in Asia, but also across the globe.

While places like Singapore and Hong Kong will not be adopting the CRS until the end of next year – allowing them to time to acclimatise – Phelps says the regulation is still a concern for family offices in Asia. Particularly for those who may wish to safeguard information relating to their assets in order to prevent “damaging disclosures”.

Looking forward, Phelps says many family offices may be prompted to restructure and simplify their operations, with a view to limiting the number of jurisdictions and entities for which they will be obliged to report.

“Fragmentation for asset protection purposes is likely to be overtaken by a new desire to simplify, or at least modify, structures, in order to limit the number of jurisdictions, entities, and individuals in respect of which reports must be made.
“As part of this, we have already started to assist family offices in reviewing and ‘stress-testing’ their structures to ensure that they are robust and function correctly,” Phelps explains. 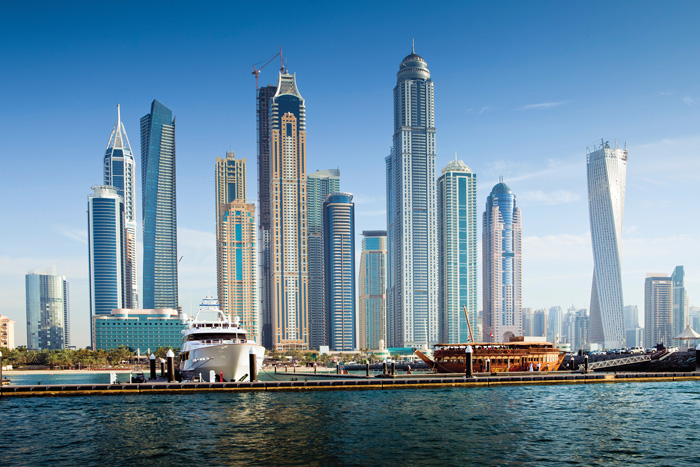 The United Arab Emirates (UAE), Saudi, Qatar and Kuwait have agreed to join the CRS as ‘second phase adopters.’
However, McClafferty points out that financial assets and family members may be based in “early adopter” jurisdictions around the world.

“Exercises in rationalising family wealth, auditing the tax residence position of each family member, and the assets in early adopter jurisdictions will be essential so that family offices understand the flow of information, and ensure that the information being exchanged is in fact accurate.”

Despite this, McClafferty says there appears to be limited awareness and understanding of the implications this will have for individuals in the region.

When it comes to the Foreign Account Tax Compliance Act (FATCA), McClafferty says trust structures can be required to report, which has implications for the private trust companies (PTCs) popular in the region. “Reporting requirements will need to be carefully reviewed in this regard,” McClafferty says.

Companies in many jurisdictions in the Gulf States are required to be majority owned by nationals, explains McClafferty – for example the UAE. Other countries, like Saudi Arabia, have particular rules that are applicable to entities that are part owned by foreign nationals.

While so-called ‘freezone’ companies which allow 100% foreign ownership do exist, “family offices must always be aware of the possible implications of changes in ownership of local companies,” says McClafferty, citing family business shares devolving under Sharia to a non-national owner as an example. “As families grow, travel and expand, the number of different nationalities with an interest in a family business or family office also increases.”

“Certain activities cannot be carried out from a freezone and so for some businesses using a local partner is the only option,” McClafferty adds. “While most partnerships are successful and harmonious, there is of course a commercial or financial risk, should a dispute arise.”

This new law came into effect in July 2015 and builds on previous restrictions on foreign ownership of companies, McClafferty explains. Companies must be 51% owned by UAE nationals or 100% by Gulf State nationals.

The new law includes a number of changes which investors should keep in mind: including mandatory requirements for all companies to develop a general framework for corporate governance to ensure protection of shareholder rights; disclose financial data; achieve transparency and improve the efficiency and integrity of company’s director board; and requirements for companies to retain accounting books for more than five years. It also allows for limited liability shares to be pledged, enables shareholders in joint stock companies to sell their pre-emption rights and introduces employees’ incentive share schemes.