Switzerland has a foundation for every 650 people, but what is it that makes it such an important centre for them? Inselspital, one of Switzerland’s leading hospitals, started caring for patients back in the 14th century, making it one of the oldest hospitals in Europe.

No doubt Inselspital, which now cares for patients in very modern buildings and not the original ones, owes its longevity to the commitment of the local community, its staff and the government of Berne where it is based. But the hospital has also survived intact for so long because it gets a large chunk of its funding from its foundation’s structure. Indeed, the success of Inselspital’s charitable foundation was one of a number of such structures from the Middle Ages that underpinned the growth of philanthropy that today makes Switzerland one of the biggest centres for foundations in the world.

In the last official count from the annual Swiss Foundations Report there were just under 13,000 foundations in Switzerland. That’s one for every 650 people, compared with one for every 3,000 individuals in the US and 5,000 in Germany. Last year 374 foundations where set up, putting it among the fastest-growing sectors of the Swiss economy. They oversee around CHF70 billion (€57.2 billion) in endowments, making an average donation of CHF6.2 million each; in reality, most endowments are much smaller and a few much bigger. It costs CHF50,000 to set one up – and is so simple in terms of legal regulations specified under the Swiss Civil Code that Switzerland has often been called a “paradise for foundations”.

Etienne Eichenberger (pictured, right), executive director of Wise Philanthropy Advisors in Zurich, says Switzerland’s reputation in this area has been aided by its history. “Swiss neutrality meant that it didn’t have the huge upheavals experienced by much of the rest of Europe in the 20th century. Consequently, foundations have been able to flourish unhindered, for the most part, by state intervention, or wars.”

The two world wars in the 20th century managed to destroy many foundations and similar associations throughout Europe, while Switzerland’s neutrality helped to develop the country’s reputation as a safe haven that saw such groupings thrive.

This benign history might have helped foundations, but according to the Centre for Philanthropy Studies at the University of Basel, more than half of all such organisations were set up in the last two decades. Indeed, more than a 1,000 have been launched in the last three years. Much of this recent boom has come on the back of the introduction of the Swiss Foundation Code, which came into force in 2005 and has since been revised and strengthened a number of times. The SFC was the first code of its kind in Europe, and offered detailed guidance for grant-making foundations.

Part of the appeal of the SFC is that it isn’t a rigid list of “must dos”, but instead provides recommendations for best practice around things like “effective realisation of the foundation’s purpose”, “checks and balances” and “transparency”.

“The legal environment and the SFC have helped enormously with the evolution of foundations in Switzerland,” says Eichenberger. He adds that there is a strong commitment of giving among the Swiss – “giving while living” is a vivid cultural concept. More than 70% of the country’s population give to at least one charity, and contributions have increased by more than 50% since 2003, according to SwissFundraising, an association for fundraisers. That helps to strength the moral reasoning for the importance of foundations in the country. 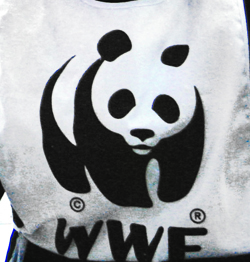 Businesses like Victorinox,  the iconic maker of the Swiss army knife (pictured, below right), have handed over its ownership to a foundation structure. Others set up by individuals in Switzerland include the Latsis Foundation, started by the Greek shipping magnate John Latsis in 1975, and the Louis-Jeantet Foundation, set up in Geneva in 1983 by a French businessman. 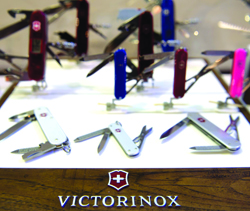 The huge growth in the sector in the last few years has had even more relevance in Switzerland because it has come at a time when the financial world has been under pressure. This, says Kecia Barkawi-Hauser, managing partner of the Zurich-based family office Value Works, has been beneficial in terms of the professionalism of the industry.

BUILDING BLOCS – THE ERNST GÖHNER FOUNDATION
The Zug-based Ernst Göhner Foundation – backed by big holdings in Swiss companies and property – is one of Switzerland’s best-known foundations, giving out at least CHF300 million in grants to 18,000 projects since it was founded.

Set up by Ernst Göhner (pictured, left), one of the most prolific Swiss entrepreneurs and innovators of the 20th century, the group gives out hundred of thousands of Swiss francs every year. Göhner initially made his money through construction and at one stage his businesses controlled around one-sixth of all construction projects in Switzerland.

He used the profits from his construction holdings to diversify his business interests into a number of other areas, including buying Panalpina, one of Switzerland’s largest transport companies.

Having no heirs, Göhner decided to set up his foundation, which became fully operational after his death in 1971. The foundation works at three levels – it oversees the welfare of the staff in the companies it has holdings in; it makes grants to non-profit groups in the arts, conservation, social, educational and scientific areas; and it supports entrepreneurial activity, particularly in the technology sector.

The foundation still has a 46% holding in Panalpina and owns controlling or minority stakes in a host of other businesses throughout Switzerland. It has a holding in an investment company and owns at least 200 Swiss properties. The foundation also supports a venture capital fund called Venture Kick, which provides money to technology start-ups.

“There’s been quite a lot of movement of talent from the financial sector to foundations in the last few years,” she says (Barkawi-Hauser pictured, right). “And that talent isn’t just coming from recently redundant bankers. Many are moving over to foundations as a lifestyle choice.”

But, despite the huge number of such groups in Switzerland, not one of them makes it on to the list of top 30 foundations in the world in terms of size of endowments. That wouldn’t be so conspicuous if it wasn’t for the fact that Switzerland is among the top five wealthiest countries in the world and houses a number of huge multinationals that make vast sums of money.

“Where is the Giving Pledge in Switzerland?” says a London-based philanthropist. “Some big fortunes have been made in recent years among Swiss-based commodity traders. We need them to stand up and be counted.”

He was referring to the campaign – the Giving Pledge – started by Bill Gates and Warren Buffett to give away at least half of their wealth when they die, if not before. The Giving Pledge has been taken up by a cross-section of billionaires and multi-millionaires across the world, but so far no high-profile Swiss individual has taken up the pledge.

Some Swiss foundations have also been criticised as being merely devices for the very wealthy to avoid paying tax, with no beneficiaries beyond the family setting them up. “One can always find minor abuses at the fringe of philanthropic giving through foundations, but from our perspective the SFC and the Swiss law makes the sector pretty transparent and responsible,” says Eichenberger.

“There is no reason to suggest the sector won’t continue to thrive in the years ahead, ensuring Switzerland’s reputation as a centre of excellence for foundations worldwide.”