Luxury timepieces often become heirlooms passed through the family, and likewise the craft of watchmaking is often a family affair. CampdenFB reports on some of the industry’s most respected family firms In what must be the luxury industry’s best-known advertising campaign, a father and son are shown engaging in bonding activities – driving a boat, fixing a vintage car, sitting in dad’s office – in which the watch on the father’s wrist is apparently incidental. “You never actually own a Patek Philippe,” the ad famously advises. “You merely look after it for the next generation.”

The message isn’t just a smart positioning of the prestige watch as a family heirloom though. It’s also a play on Patek Philippe’s status as a family concern itself, handed down through the generations. In an industry that has seen multiple consolidations over the past decades, the notion of a firm that is still family-owned, and free from the short-term demands of shareholders and owning corporations, is as valuable a commodity as the ability to produce fine watches. The tremendous brand equity Patek carries – no other watchmaker comes close to its dominance at watch auctions, for instance – reflects not only the quality of its products but the consistency of its management and direct relationship with its heritage.
“It’s a rare asset in this marketplace,” says Thierry Stern, who took over the reins of Patek from his father in 2010. The Sterns, previously Genevan dial-makers, acquired the business from its founders’ families in 1932. “This independence allows us to listen to what our clients desire and expect from us, and we’ve been working very hard to make this happen. Our financial and technical independence give us total creative freedom to design, develop and produce our timepieces at the high quality level we determine.” 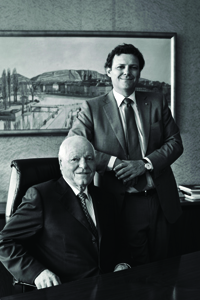 After a slew of crises, recoveries and economic watersheds in the 20th century – most prominently the turmoil caused by the arrival of cheap, battery-powered watches in the 1970s – the Swiss watch industry has today more or less consolidated itself around three dominating groups – all under family control. These are Richemont, (controlled by the Ruperts and including Cartier, Vacheron Constantin, Piaget, Jaeger-LeCoultre); Swatch Group (controlled by the Hayeks and including Breguet, Omega, Longines and Tissot); and the luxury goods giant LVMH (controlled by the Arnaults and including Zenith, TAG Heuer, Hublot and Bulgari – the latter a recent acquisition which saw the Bulgari family become significant shareholders in LVMH in return for a controlling stake in their own brand).

Where once they were the norm in the Swiss watch industry, independent family-owned brands are now few and far between, but successful examples do exist. Younger examples include Raymond Weil, a brand very much at the entry-level of the market, founded by its namesake in 1976 and today run by his son-in-law Olivier Bernheim, whose sons Elie and Pierre are both senior executives in the company; Frédérique Constant, launched in 1988 by husband-and-wife team Aletta Bax and Peter Stas (the brand name is derived from their respective middle names), which specialises in entry-level luxury watches with mechanisms created in-house by the brand, a mark of prestige normally associated with watchmaking at much higher price points; and Bremont, the fast-rising British company whose founders and managing directors, brothers Nick and Giles English, have forged the brand’s identity around their own interests in aviation and British history.

At the top rung of the industry, where the name alone carries associations with watchmaking history, there are arguably four significant family-owned players: Patek Philippe, Chopard, Breitling and Audemars Piguet. Of these, only the latter has remained in the family of its original founder, controlled as it is by descendants of 19th-century watchmakers Jules Audemars and Edward Piguet.

“I think that it does create a special link between us and our customers, because they see this is a company that was created by our family years and years ago and is still there, with the family still there too and still committed,” says the company’s president, Jasmine Audemars, who before she joined the family business was a newspaper editor. “It gives a special identity to the brand, and a kind of trust also.”

Breitling, the specialist in boys’ own aviation watches, has been in the hands of the Schneider family since 1979, whose patriarch, Ernest Schneider, was at that time the proprietor of smaller watch firm Sicura. In 1979 Breitling was in a state of near collapse, but Schneider, an aviator himself, recognised its long-term potential, bought it from Willy Breitling, grandson of its founder. He then wound down Sicura to build Breitling back into one of the most recognisable names in watches. His son Teddy remains at the controls today, and while by no means a public figure, he is said to sign off every project and strategy personally.

Independence of ownership increasingly requires independence of production, however. A company like Breitling has worked to the traditional model throughout its existence, in which it works heavily with suppliers, assembling movements (the inner engine of a watch) to its own specification, rather than making them itself. Nowadays, however, suppliers are owned by the major groups – in the business of movements, Swatch Group is wholly dominant, and increasingly restricting supply to its rivals. Breitling has invested millions turning itself from an assembler of watches into a pure manufacturer, a process that can take years to do develop. 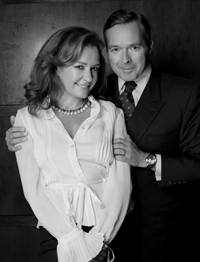 Chopard has faced the same dilemma. Perhaps better known now as a jeweller than as a watchmaker, it nevertheless produces a wide range of watches from men’s sporting timepieces to jewellery models, including its famous “Happy Diamonds” ladies’ pieces, to limited edition haute horlogerie timepieces. Karl-Friedrich Scheufele, whose father Karl bought the company from the Chopard family in 1963, built a new factory for top-end watchmaking in 1996, not simply to move Chopard into the elite horology sphere, but to inculcate the knowledge and skills that would one day enable it to be entirely free of suppliers. Only last year it opened a new factory to produce movements on an industrial scale, which it could only establish thanks to the research and expertise built up over the previous 12 years.

“You hardly ever see a company that declares such a major investment as building a new factory, but with a return in over 10 years’ time,” says Scheufele. “You’d never get shareholders to agree to that. But we’re very careful about where we invest, how we invest, what we can afford, and we always follow the principle of self-sufficiency.”

Chopard’s haute horlogerie pieces fall under its “L.U.C.” banner, the initials being those of the company’s 19th-century founder, watchmaker Louis-Ulysse Chopard, who handed the company onto his sons. While it enjoyed considerable eminence and employed 150 people in the 1930s, by 1963 it had fallen on harder times, and was sold to Scheufele senior, a goldsmith from Pforzheim in Germany looking for a foothold in the lucrative Swiss watch market.

“It was a company with three or four employees, including the owner who was working at the bench himself,” says Scheufele, who now runs the watch side of the business while his sister Caroline runs the jewellery wing. “It was a typical situation where his two sons didn’t want to continue since they had jobs in other areas, and he was looking for someone to take over his company and his good name.”

Scheufele admits that it’s not impossible the company could face another transition – any family business, after all, relies on the next generation being keen to take it on, and he emphasises the need for a strong management team for this reason. In reality, the watch industry has always been a place where companies have gone from one owner to another through the generations.

“There was a time when traditional watchmaking didn’t have by far the same standing as today, the markets were much smaller and more difficult, so no wonder the younger generation wasn’t interested in continuing,” he says, adding: “In hindsight though, given the development of mechanical watchmaking today, maybe some of those will have wished they hadn’t sold.”