The decimation of the environment is one of the most pressing issues facing humanity. But why is so little charitable giving directed towards it? Alexandra Newlove spoke to some of the powerhouses in environmental philanthropy about why donating to other causes may be a waste of time. The decimation of the environment is one of the most pressing issues facing humanity. But why is so little charitable giving directed towards it? Alexandra Newlove spoke to some of the powerhouses in environmental philanthropy about why donating to other causes may be a waste of time.

When United States president Donald Trump announced in June that his country would cease all involvement with the Paris Agreement on Climate Change Mitigation, the world responded with condemnation, and more than a dozen US states independently joined the pact in an act of defiance.

But despite the proclaimed public outrage, what is arguably the biggest challenge facing humanity receives surprisingly little backing from the wider philanthropic sector, with just 2-4% of charitable donations made each year going towards environmental causes.

Among the philanthropists who do prioritise the planet is Jeremy Grantham, whose many hats include being the co-founder of the $74 billion Boston-based investment management firm GMO LLC. Grantham just about bursts every time someone asks him why he and his wife Hannelore have made environmentalism and climate change the focus of their giving. 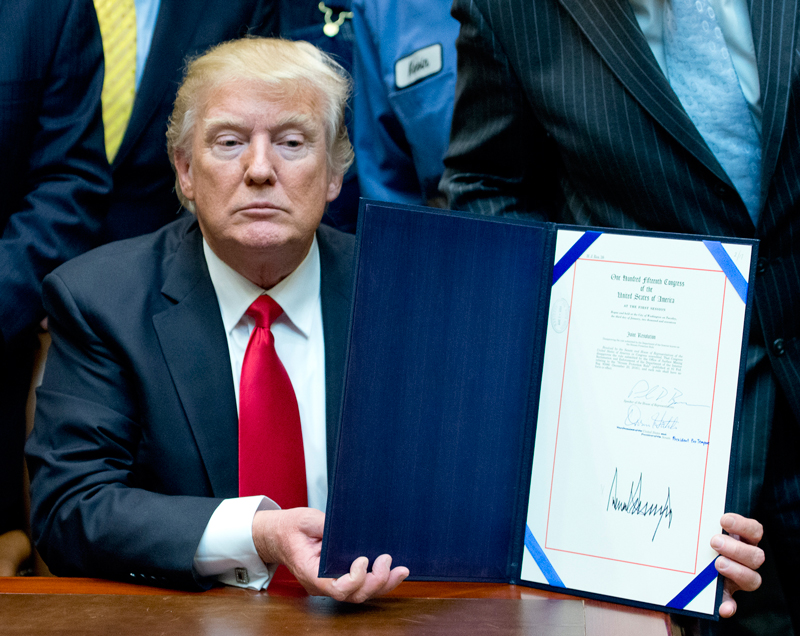 “I always find it shocking when someone asks me, ‘Why would you pick this issue?’,” he says on the phone from Boston.

“It was the obvious candidate. It is the most pressing of the serious threats to our long-term wellbeing.”

The Paris agreement is a consensus among nearly 200 countries to cut carbon emissions. The agreement’s aim is to keep the increase in average global temperature to less than 2°C above pre-industrial level —a level of change the vast majority of scientists agree is dangerous and irreversible. Global temperatures have already risen about 1°C since 1880, according to the Intergovernmental Panel on Climate Change.

Grantham, best known in the finance world as a noted historian—and predictor—of market bubbles, set up the Grantham Foundation for the Protection of the Environment with Hannelore in 1997, putting in “pretty much all” their money.

About a third of the grants the Grantham Foundation gives go towards influencing “hearts and minds as to the realities we are dealing with”, Grantham says.

Grantham keeps some wealth in his own name to fund ideas considered too odd or “racy” for the foundation, like a lithium ion battery technology which will “probably fail, they all fail”, and a forestry and agriculture project involving Grantham’s son.

“Of course, the foundation cannot do that because it is nepotism… So I invest in my name, and if it works out, which I am sure it will, I then get to gift it to the foundation, which is completely kosher.

“Meanwhile, if one of my crazy investments fails, I can get a tax deduction. So any capitalist will admire that efficiency.”

Unlike Grantham, whose chief concerns include how a population explosion in Africa will be supported as global climate change impacts crop yields, Ian Gregg, of the family behind UK bakery chain Greggs, has taken a more local approach to his environmentalism.

Gregg has retired from the family business and his current voluntary work promoting biodiversity is unrelated to the Greggs Foundation he set up in 1987. That foundation supports disadvantaged people in the communities in which Greggs trades—his daughter Fiona is still involved with the foundation. But Gregg has taken an element of this community philosophy into his personal philanthropy, and speaks a lot about the “obvious, to me at least” links between the physical environment and community wellbeing.

“I’m a keen countryman… I have seen fish numbers and biodiversity drop, and landscapes suffer first-hand. Just about every species you look at, whether it is birds, earthworms, or invertebrates—I could see them declining and the [national agencies] were not really adequately funded, nor able to deal with the issues adequately.” 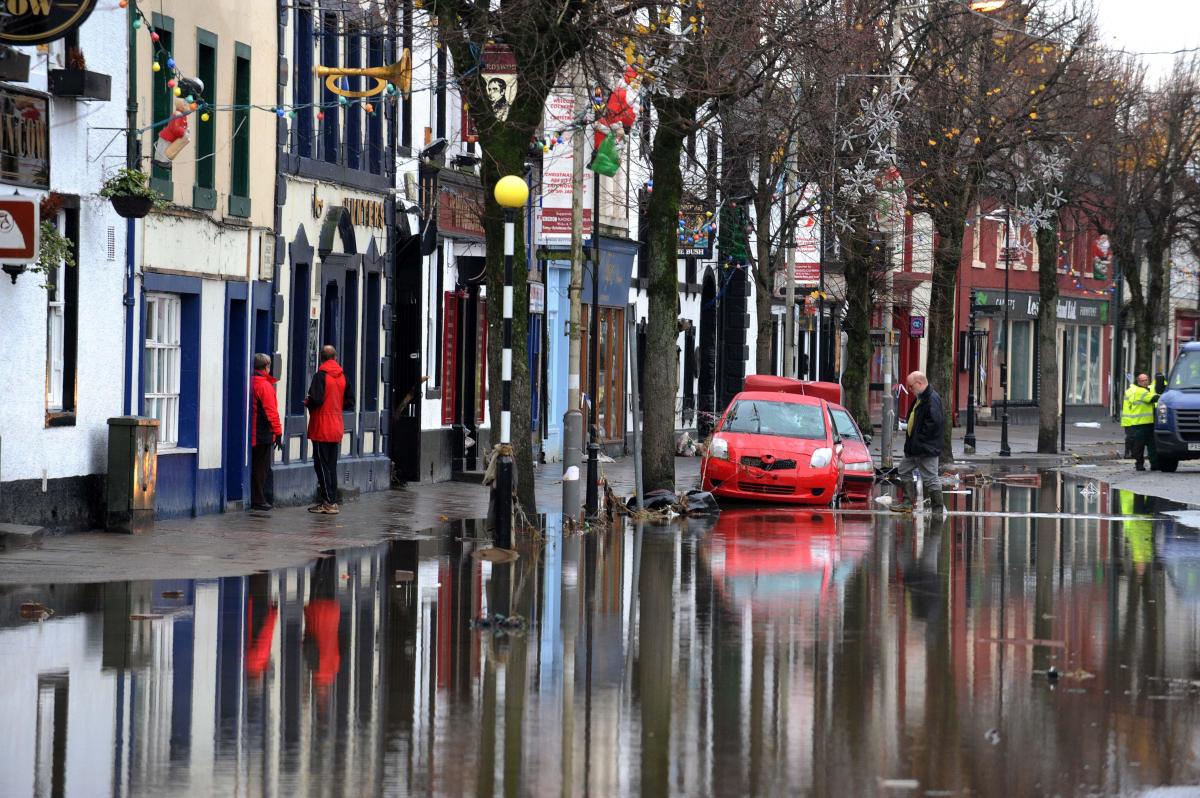 Gregg helped set up what would become the first Rivers Trust on the River Tweed in the late 1990s. The organisation was formalised in 2004, when there were a handful of grassroots groups, and there are now 60 such trusts. Operating across the United Kingdom and Ireland, they work towards healthy freshwater ecosystems, and assist communities at risk of flooding. Some are a small group of volunteers, others employ up to 20 people.

“We found we had a tiger by the tail, it was growing terrific enthusiasm as a grassroots movement. People were trying to address problems in their own background,” Gregg says.

Like many environmental donors, both Gregg and Grantham argue that the money diverted into other streams of philanthropy—arts, poverty alleviation, health, and religion—is essentially wasted if we continue to trash the planet.

“Anything that is not on the critical path is frivolous in a way,” Grantham says.

“Giving to a museum is superficially admirable, but a complete waste of money if society does not survive in a reasonably stable condition, and I do not think it is even 50/50 now that it will.” 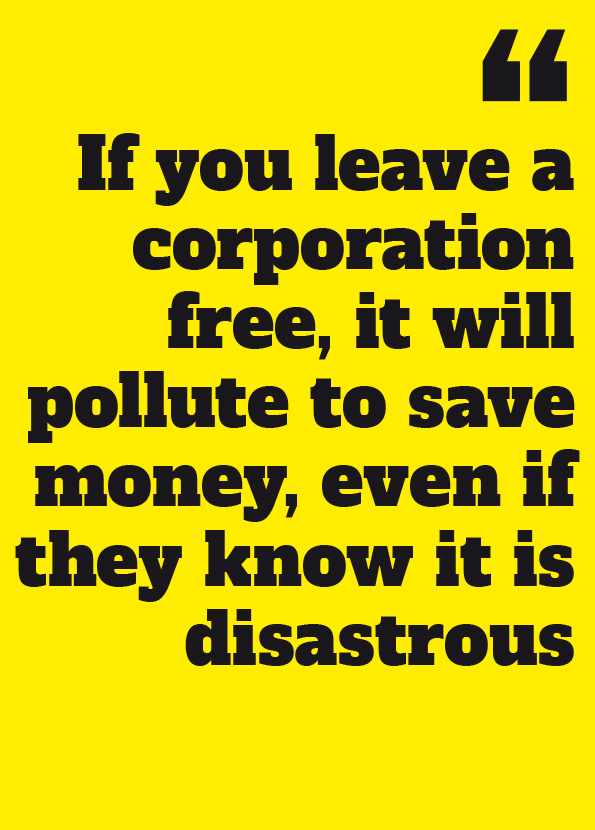 Grantham says just 2% of giving goes towards environment-related causes. The UK-based Environmental Funders Network, which aims to increase the amount given to environmental causes, puts the figure at 4%. UK private bank Coutts carries out annual research looking at charitable donations worth more than £1 million ($1.4 million) each. The Million Pound Donors Report 2017 found that of £15 billion such donations made in the UK over the past decade, £147 million, or just under 1%, went directly to environment-related causes.

In the US, half the total charitable deductions go to churches and religious institutions.

“How can you work up much enthusiasm for providing that your local minister has a Chevrolet to drive to church in?” Grantham says.

“There is only 50% left, and we get 2% for protecting the whole of the environment, biodiversity, and climate change. It is a terrible testimony to the fecklessness of humankind.”

Despite making his name as a perceptive capitalist, he counts the environment among challenges a free market cannot solve.

“You have absolutely got to have collective effort imposed by government regulation.

“[Capitalism] cannot deal with tragedies of the commons—the oceans, the soil, the air. If you leave a corporation free, it will pollute to save money, even if they know it is disastrous. Because they argue: well, if I do not, someone else will.”

This need for government intervention is among the PR problems climate change has, particularly among the ultra-wealthy, Grantham says, some of whom actively work to spread misinformation, where fortunes are reliant on fossil fuels. 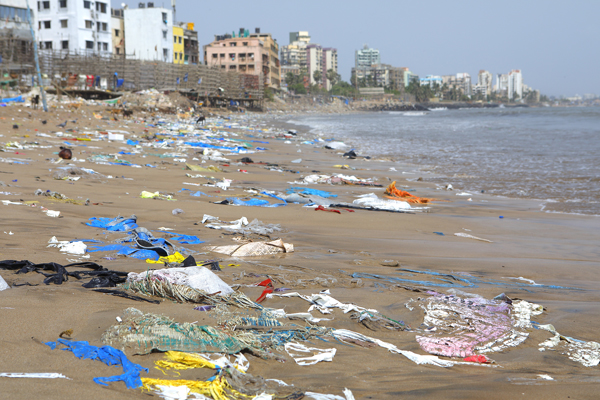 “What the fossil fuel interests have done is created a world of doubt. They have paid good money for 30 years now to foundations, institutes, and so-called think tanks to propagandise that there is doubt. There is 97% agreement [on human-induced climate change], but the 3% are not nearly as highly qualified on average. Science teachers in red states—high school teachers—are the backbone of the 3%.”

Ben Goldsmith, who chairs the Goldsmith family’s environment-focused JMG Foundation, says little money is given to environmental causes as the problems are seen as “huge and global—the breakdown of the climate, the destruction of rainforests, worldwide overfishing, oceans jammed with plastic, and so on”. 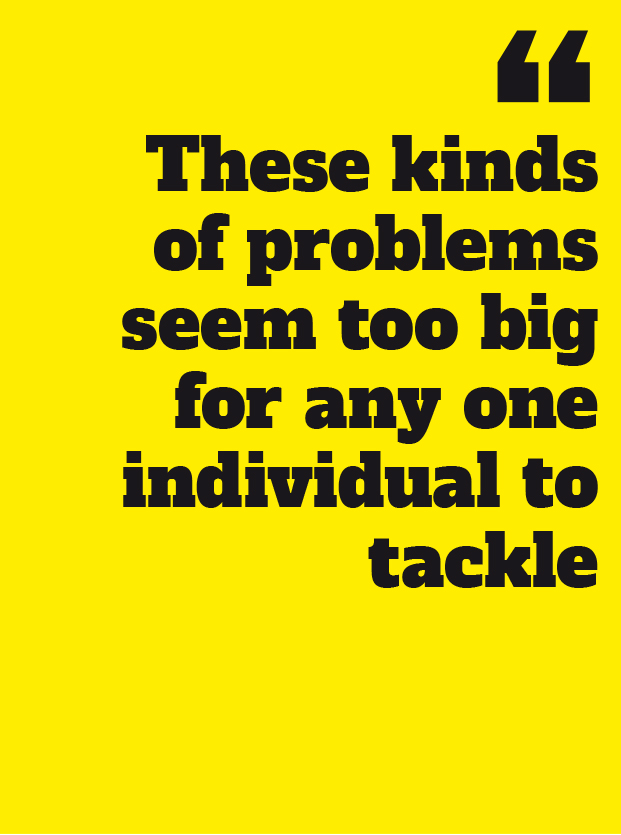 “These kinds of problems seem too big for any one individual to tackle—better fixed by governments or international agencies,” Goldsmith says.

“So people choose to give to causes closer to home instead, the local hospital or educational trust.”

The son of UK financier James Goldsmith and Lady Annabel Goldsmith is the founder of investment firm Menhaden Capital, which focused on energy and resource efficiency. He also co-founded the Environmental Funders Network in 2003, which aims to encourage more environmental philanthropy, particularly among the wealthy.

Goldsmith says there has never been a more exciting time to be working on such issues.

“Awareness and concern about these issues is soaring. Solutions abound, and are going mainstream,” he says.

And despite being seen as complex and overwhelming, environmental philanthropy provides some of the best bang for your buck in terms of impact.

“The key to tackling many environmental issues is often to find a way to get a law changed, to persuade companies in a given market to change the way they do things, or to mobilise a change in public behaviour,” Goldsmith says.

“In this way, if you find the right advocates and campaigners to support, the environment offers an almost unique opportunity for leveraging resources in a way that creates significant change.”

Gregg is similarly optimistic, but says it is “sad” to see people who could make major contributions “instead choose not to do anything”.

Grantham says he likes to frame progress addressing environmental issues as “the race of our lives”.

“We have accelerating technology on solar, wind, batteries, storage, electric cars, all these things are doing splendidly, and agricultural improvements are not bad either. On the other side, the climate is deteriorating at an accelerating rate and we are electing crazy dude presidents who try and disrupt progress.”

He says the trick lies in closing the gap between what we can do, and what we actually do.

“Homo sapiens on paper have all the skills and potential wisdom to completely get us out of this trouble… If [we] went hell-for-leather on climate change, it would be a trivial problem to solve.”