A start as a door-to-door salesman in Texas has given next-generation angel investor and fourth-generation entrepreneur Anirudh Damani a unique perspective on business. Susan Lingeswaran finds out how Anirudh Damani has a family history studded with a serious entrepreneurial pedigree. His great grandfather Shri Chunnilal Damani was a reputed bullion trader in India, while his father and uncle, Ashok and Ramesh, both former Bombay Stock Exchange directors, are hailed as two of the most successful investors in the country. 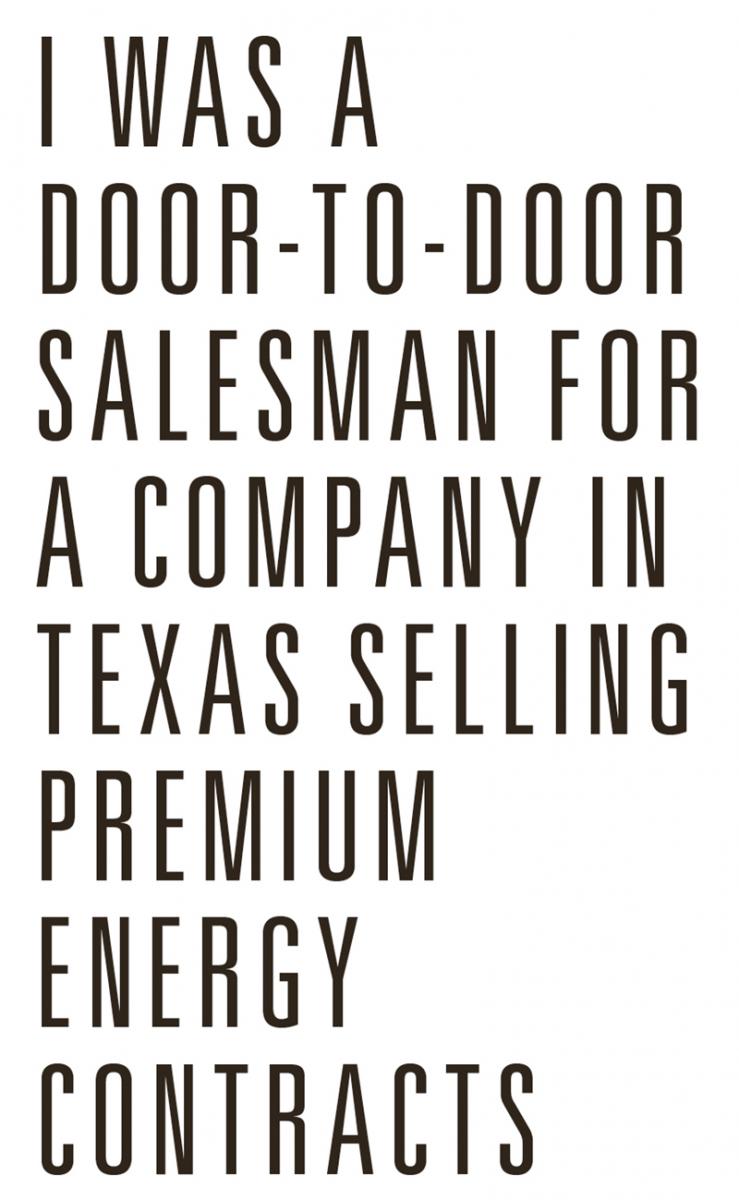 A perfect place for a next-generation with a dream of investing in start-ups to learn the ropes, you would think. But after graduating from Austin College in Texas with a degree in Business Administration and Economics in 2005, the younger Damani’s first job could not have been further from the family business.

“I was a door-to-door salesman for a company in Texas [Pioneer Energy Resources] selling premium energy contracts,” Damani explains from his office  in Mumbai.

“We were trying to help businesses and homeowners cut their power costs by selling them higher rates, but at a fixed price. Back then it was a very new concept and there was no other way to sell it but to literally go to people’s homes and explain the concept face-to-face.” 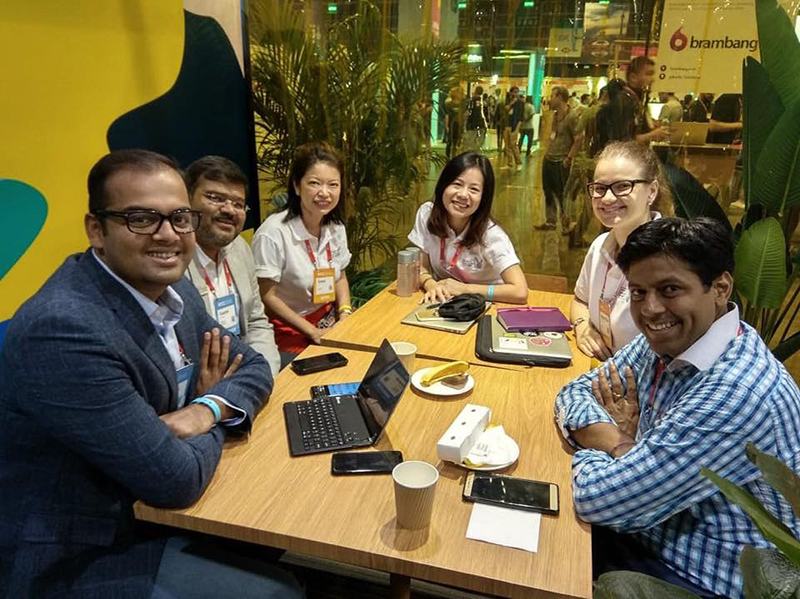 The matter-of-fact and energetic way 35-year-old Damani tells his story speaks volumes about how he thrived in his new role as a salesman. His penchant for communication saw him go from knocking on 80 to 100 doors a day to leading the company’s expansion into new states and running 14 offices with 500 field people as director of sales.

Things were going well until 2009 when the company, owing to the Great Recession, came to the brink of collapse. That’s when Damani saw an opportunity to buy-out the business and kick start his entrepreneurial career.

“I got together with a couple of friends and pulled our capital together and bought the business from our old boss, restructured it and took it down from 14 offices to five,” he says. 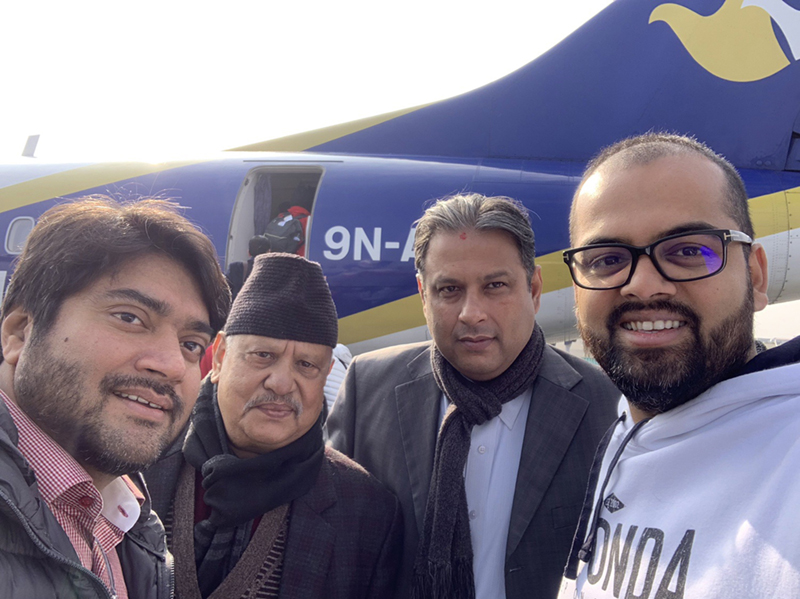 In under two years, they had not only made the company profitable, but also cleared all the debts of their former employer. Damani was again thriving in his new role as an entrepreneur, dreaming of one day investing into start-ups.

So when an opportunity arose to sell the business in 2013, he decided it was time to move on. His partners, keen to continue, bought him out and Damani returned to the family office to fulfil his ambitions. However, things didn’t just fall into place straight away when he returned to his native India from the US. 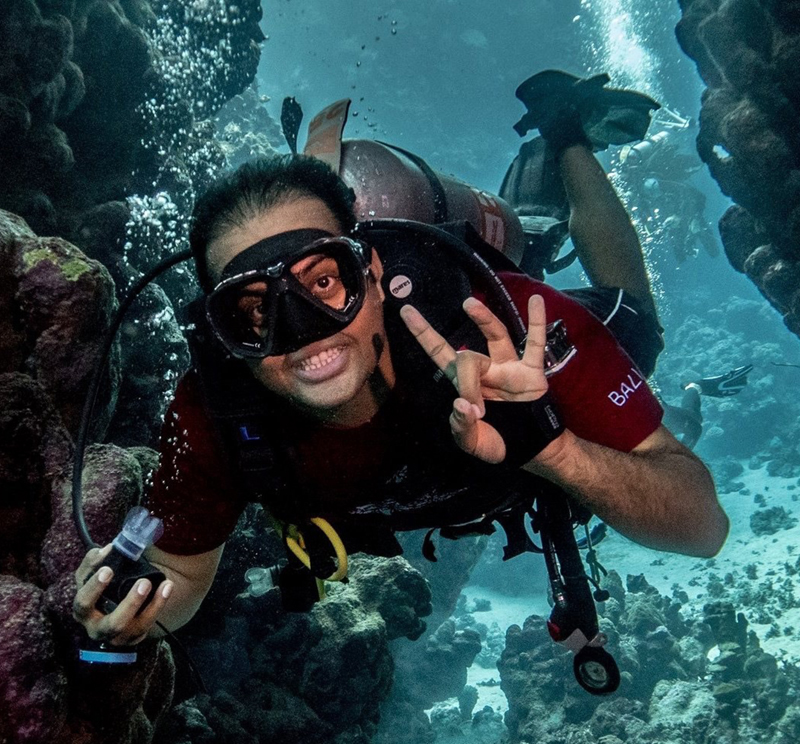 “For a year and a half I tried my hand at a bunch of the family’s businesses. In the stockbroking arm—I tried setting up a division to trade in options, but that didn’t work out. I even moved to Kolkata for six months to try my hand at the real estate development company we were partners with, but again, that was not the right fit for me. That is when I decided to do my own thing and look into investing in early stage companies.”

But selling his dream to the senior Damani brothers was the first hurdle he had to overcome. As conservative investors, they were not too keen on the increased risk that would go hand-in-hand with investing into early stage companies.

Damani had to get creative, and taking inspiration from Warren Buffett’s bets in renewable energy, he came up with a solution that would protect his family’s capital. 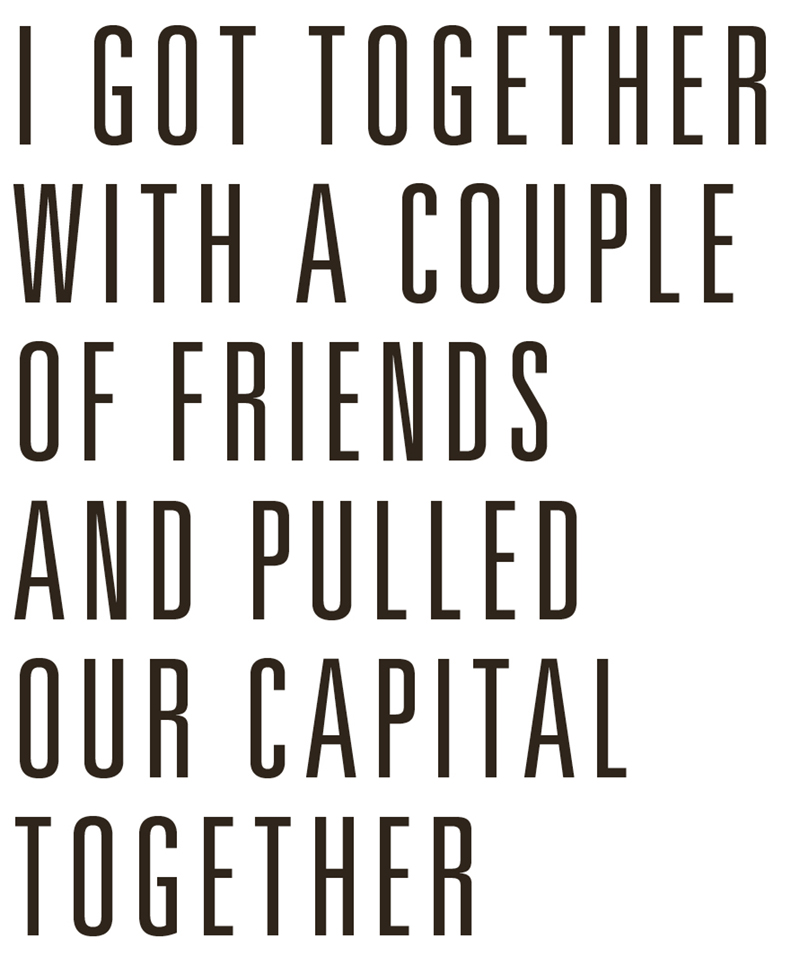 “I used my experience in the US energy sector and devised a strategy where the family would invest a pool of capital into an operating business—for us, renewable energy assets—and only using the revenues from that, we would invest into start-ups,” he says.

“So even if the start-up does not do well, there is no capital loss, we have just not made a return and that’s about it.”

The proposition worked and the brothers created the family’s new investment arm Artha Group, and within it, Artha Energy Resources, to invest in renewable energy projects and Artha India Ventures, to invest  in start-ups.

So far, Damani’s 60 investments into start-ups range across India and the US, including unicorn budget hotel chain OYO, online cosmetics retailer Purplle, pregnancy and parenting-tips platform BabyChakra, and omni-channel fashion site Fynd—backed by Google. The investments have almost completely been funded by the power generated by their large wind turbine in Rajasthan. 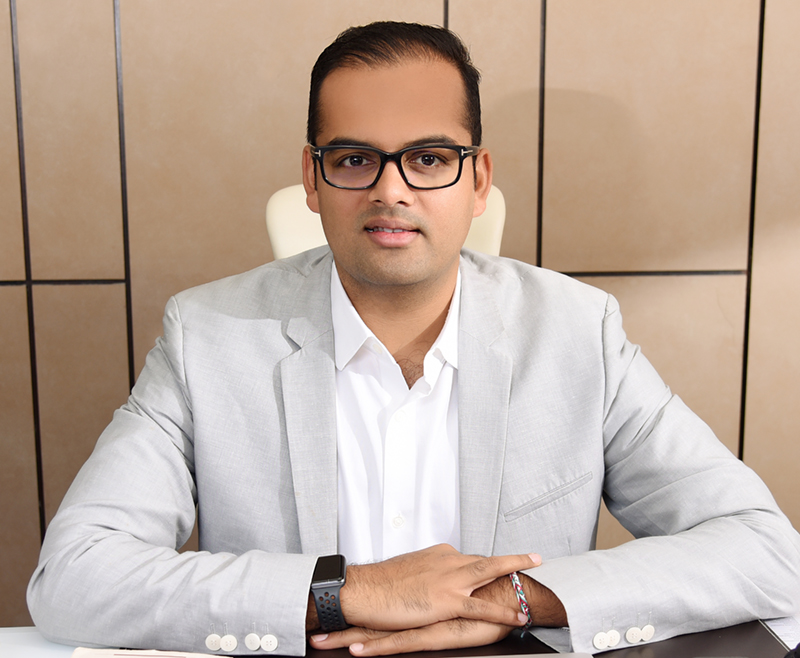 Although not all of his investments have been a success, and Damani is candid when exposing what has not worked out and why—even when pitching to potential Artha Venture Fund investors.

His investment into online taxi booking service BookMyCab.com, ended with Damani only getting back about 30% of his original investment via  a company sale. It followed a missed opportunity to take on illegal tourist taxis, which a competitor then swooped in to monetise. 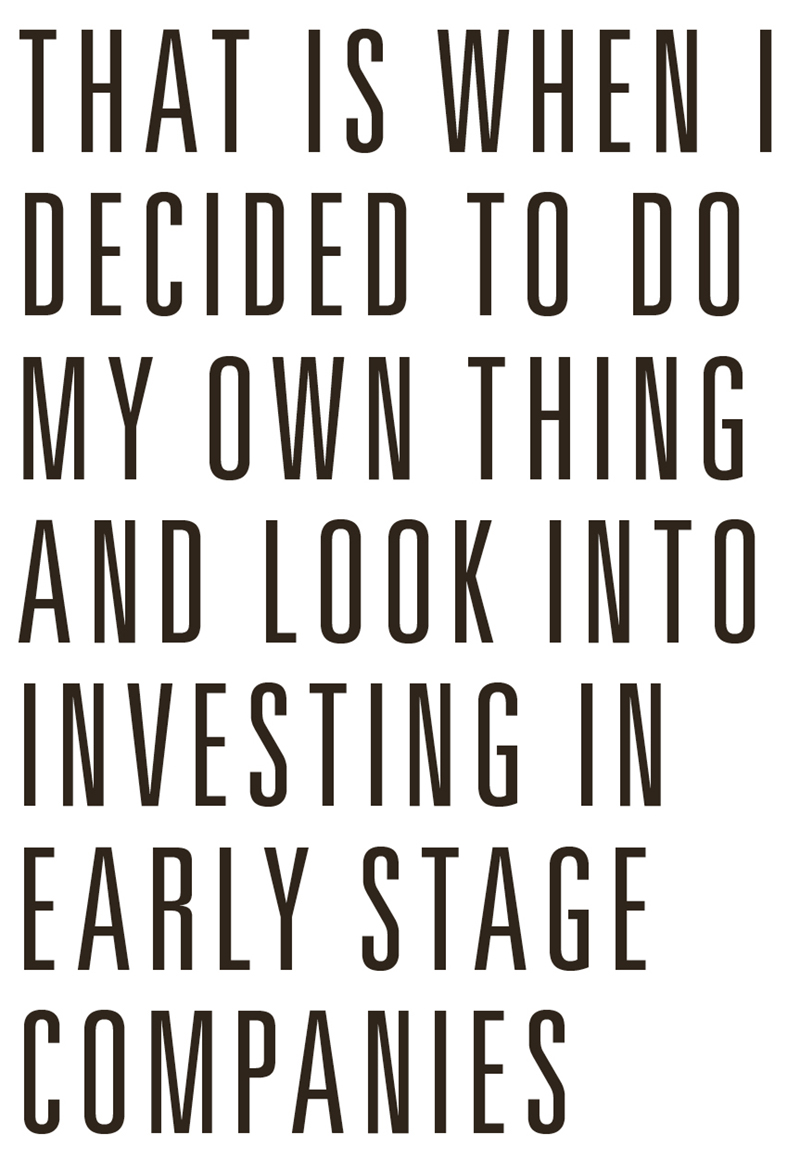 His foray into the discount hotel booking site HotelsAroundYou.com, which was wiped out by competition that brought in deeper discounting, was a complete write off.

“I do not shy away [from failures],” Damani says.

“In the pitch presentation I show to potential investors, I include a slide that discusses our failures, how it happened, and what the outcome was. I think it offers a window into how we look at our failures and what we have learnt from them. It makes us relatable, it makes us human.”

Far from being deterred by these experiences, Damani has dared to risk more by launching the family’s first $30 million institutional fund, Artha Venture Fund-I, last year. 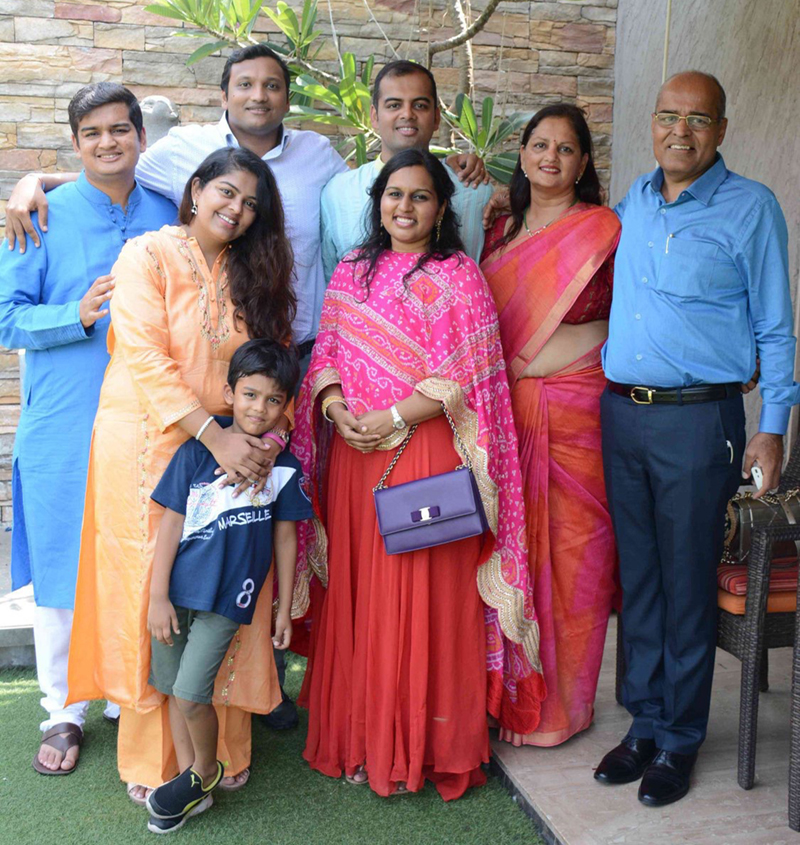 It’s a unconventional move for the family,  but Damani believes  that combining the investment philosophies of the older generation together with the fresh ideas he picked up in the US, will ensure the fund will be kept in check.

“When I said I wanted to do a fund, my father and uncle said, ‘Yes as long as we always return the capital back, make sure there is some return, do not put everything at risk, and do not work with people you do not trust’.

“I think investing with that in mind, plus the western style of management I brought back from the US, has really helped me to build  a different kind of company than is usually seen in India.” 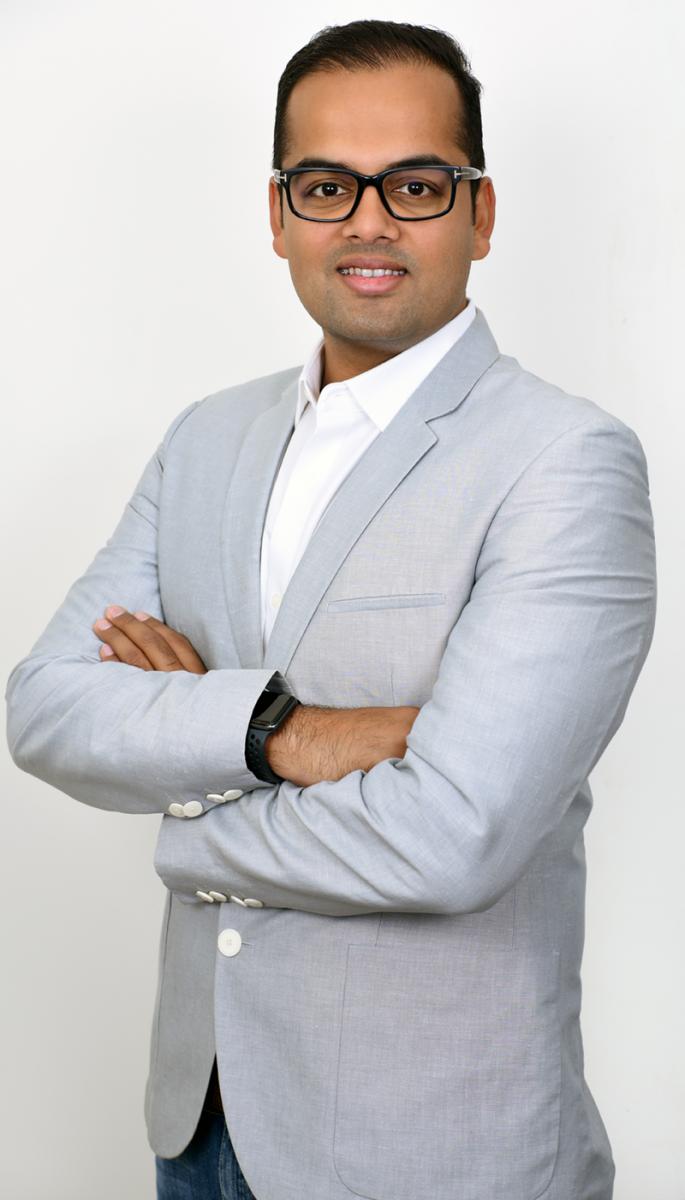 Despite his swift rise, you get the sense Damani is continually evolving and self-improving. When he is not hunting down his next unicorn, he can be found using his blog ShowMeDamani.com to vent, praise, and shine a light on being a young entrepreneur—something he believes keeps him grounded.

“I’m working in an industry that is growing, but has so much mystery to it. I feel venture capitalists have a tendency to consider themselves demi-gods—we glorify start-ups that made a tonne of money, rather than start-ups that are actually just good businesses,” he says.

“I make those mistakes all the time and I discuss these [issues] and different theories about the industry with family and friends, so blogging is an outlet that I use to share what I find out.”

It is this constant striving for self-improvement that keeps him busy. His current focus is on investing in the consumption sector, but in the future he plans to use his unique strategy to expand into new fields. He is even in the process of setting up India’s first entrepreneur school. 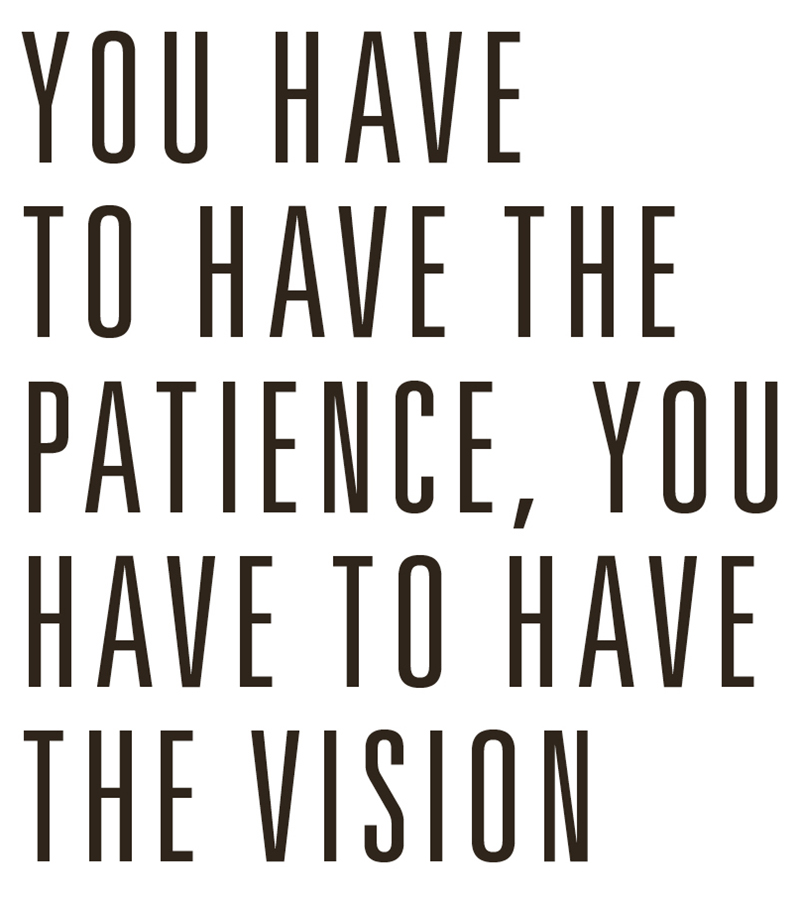 “I want to build 10 to 15 more micro venture capital funds that will invest in different verticals, such as financial technology and artificial intelligence, using the same strategy—getting in early, writing small cheques, having lots of money for follow on investing, having very low costs of operations, and focusing on making money from interest,” he says.

“I’m also creating an entrepreneur school because India does not have one and we are in the process of bringing one of the top schools in the US to provide their syllabus and professors.” 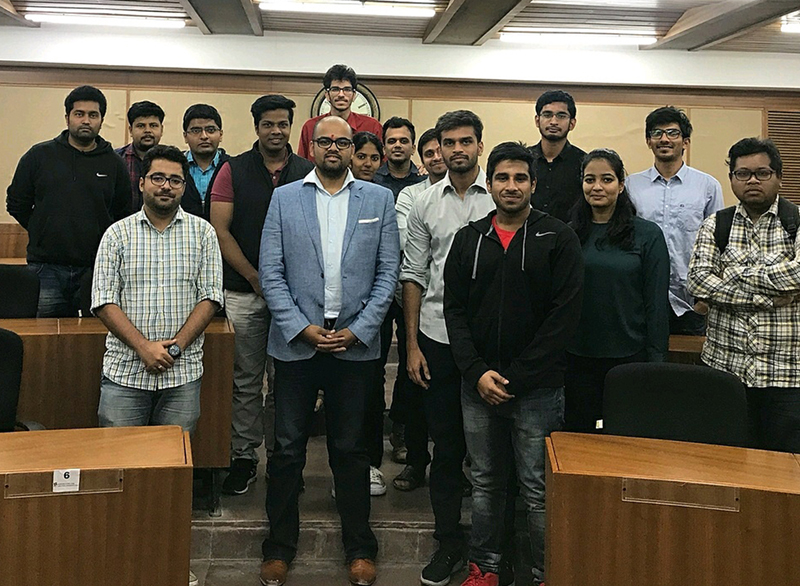 Some 13 years after knocking on doors in the US, Damani is setting up a bright future for himself and leading his family office into new territory. But while it is clear he is proving himself a capable custodian for his family’s legacy, he says it is important he does it incrementally to show the older generation he is ready.

“A lot of it [succession planning] is building trust with the patriarchs—taking over more responsibilities, earning their trust, and proving you can handle what they have built so carefully,” he says.