As the clamour for more financial transparency intensifies, offshore financial centres are having to adjust. What does this mean for these centres – and what should family offices know about the changes?

There are many lessons to be learned from the Cyprus fiasco, one of which is that offshore banking is a fragile thing on which to rest your economy these days. The general lack of sympathy for Nicosia also suggests that it is not exactly seen as a worthy pursuit.

While offshore banking was once seen as a fact of life, it is quickly becoming the unacceptable face of capitalism. In London there is quiet despair that many of the super-rich owners of properties at One Hyde Park, a very expensive and flashy development, are faceless companies registered in places like the Cayman Islands.

Opposition to tax havens is about more than distaste though. Taxpayers, who are expected to foot the bill for bank bailouts, are intolerant of those who they might think are shirking their duties. German authorities have been cracking down on tax avoidance, and both Swiss bank Julius Baer and Liechtenstein’s LGT have made payments to settle disputes over clients who had not paid tax. 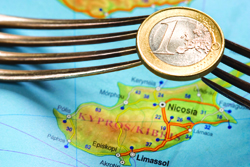 German regulators also raided the offices of Credit Suisse to seize information about what it had been doing with wealthy clients’ money. Bankers from Swiss bank Wegelin have been charged with hiding $1.2 billion (€912 million) from tax authorities. In 2009, UBS coughed up $780 million after admitting tax evasion and handed over details of over 4,000 accounts to American authorities.

For those who wish to squirrel away their money in dark corners, times are changing. Geoffroy Dedieu, chief executive at the UK-based TY Danjuma family office, says that anyone who still thinks that there will be jurisdictions or financial centres where they can continue to hide from the taxman or the law is “deluded”.

He also thinks that families are reconsidering why they value secret banking in the first place. “Quite often, the reason to keep things secret is not very clear apart from vague advice received from people whose business it is to sell offshore structures,” he says. “Offshore corporate services is a business and its interests are not naturally aligned to those of the family office. Tax robustness is often best achieved through simple onshore structures, but that is not a message the offshore industry would sell.”

Secrecy can create insecurity, too. “Confidentiality often breeds opacity in the family’s structures and that in turn generates risks that the family does not always measure – and therefore manage – well. Confidentiality procures a level of comfort but presents its own dangers to the family. Robust, well understood, transparent legal structures are more likely to withstand the test of time,” Dedieu says.

Regulation is really starting to make a difference to those in the offshore world. The squeeze on tax havens really began in 2009 when the G20 started to crank up the pressure. And in October 2011 the OECD published a report entitled The Era of Bank Secrecy is Over, in which it claimed that increased scrutiny of offshore jurisdictions had yielded €14 billion in additional tax revenue globally in the previous two years. Double taxation agreements (DTAs) and tax information exchange agreements (TIEAs) are increasingly commonplace. All over the world, tax authorities are clamping down.

Europe’s offshore financial centres (OFCs) in particular have suffered from an erosion of banking secrecy, says Professor Jason Sharman, a tax haven expert at Queensland’s Griffith University. “This is down to a range of unilateral measures such as the [American] Patriot Act and the Foreign Account Tax Compliance Act or Fatca, as well as bilateral deals and the high-profile enforcement actions against foreign firms assisting US taxpayers to evade taxes at home.”

Things are only going to get tighter for OFCs. Timothy Ridley, who has practised as a lawyer in the Cayman Islands for more than 30 years and is a former chairman of the Cayman Islands Monetary Authority, says that “there is no doubt that centres that have relied solely upon old-style and unreconstructed ‘bank secrecy’ have suffered greatly,” adding that OFCs focused on private client/individual business face more regulation than jurisdictions with a broader corporate base of business.

John Spellman, head of finance at the Isle of Man Department of Economic Development, says: “The clear direction coming from the European Union and the Group of Eight is that further rules to address sham structures are on the way.”

But any reports of the demise of OFCs are premature. According to the 2012 edition of Offshore Incorporations’ Offshore 2020 survey, nearly 60% of respondents said family offices were using offshore fund structures, and the Boston Consulting Group’s 2012 global wealth report found that there was a 2.7% increase in offshore wealth (to $7.8 trillion), which was driven partly by inflows from ultra-high net worth families based in developing economies.

However, there does seem to be a shift underway. Sixty-nine percent of respondents to the Boston Consulting Group’s survey thought that traditional (western) financial centres were losing their competitive edge. Offshore Incorporations’ Jonathon Clifton refers to the emergence of “mid-shore” jurisdictions such as Hong Kong and Singapore that display characteristics of both offshore and onshore jurisdictions, adding that capital has been flowing away from traditional European centres such as Switzerland and the Channel Islands towards Asia.

There are several reasons why OFCs are still appealing. Firstly, setting up professional fund structures in the form of umbrellas with multiple sub-funds means portfolio companies can be segregated, enabling better risk control and back office support. The governance framework within these structures also permits the family office to focus on its role as strategic adviser on manager selection and monitoring asset allocations.

A paper by Professor Sharman found that those selling shell companies from tax havens were significantly more likely to comply with rules requiring them to collect identity documents from their customers than providers in OECD countries. Another surprising finding was that providers in poorer, developing countries were more compliant with global standards than those in rich, developed nations.

Secondly, it’s uncertain whether all these new regulations have actually made much difference. Sharman says that OFCs within the EU, dependent territories (eg the Channel Islands, Caymans), and Switzerland and Liechtenstein are much less secret than they used to be, all the new data available to tax authorities is something of a mixed blessing. “Sometimes authorities have too much data to process – European and to a lesser extent US clients could still keep things pretty secret by using shell companies or other legal arrangements to obscure their ownership of an asset or income stream. Also, most European and US OFCs still provide pretty tight secrecy for citizens of countries outside the OECD.”

Thirdly, if you have been using OFCs for a long time, you might be loath to change things. Chris Andrew, founder of wealth adviser Clarmond House, says: “Established families will have inherited back office or offshore operations which are more important than the front office in many respects. These operations will be staffed by people who may have worked for multiple generations, and are therefore pretty indispensable.

“The regulatory tax position in that jurisdiction would have to change radically before the family would consider shutting down one of these offices. You will stay with your Swiss banker because he knows you, not because the tax climate in Switzerland is more favourable than your home jurisdiction.” He adds that families will not be willing to compromise their lifestyle to save a relatively modest amount of tax.

A number of jurisdictions have been trying to muscle in on the OFC market, with mixed success. No doubt wealthy Asians have good reason to want to keep their money close to home. But despite the onslaught of new regulation and a hardening of attitudes towards banking secrecy, there’s still something about the old guard of bankers from Switzerland, Lichtenstein and Luxemburg.

As Clifton says: “This is as much about branding as technical competency.” Even if secrecy becomes a thing of the past, the political and fiscal stability in the old European centres, added to the breadth of expertise, mean that they will remain attractive. Swiss bankers with briefcases and dark suits are here to stay.

Eastern promise
Raids of Swiss banks and fines for tax dodging mean that some high net worths have been looking beyond the cantons for their banking. Joshua Simmons, legal fellow at Global Financial Integrity, a Washington, DC-based research and advocacy organisation, says his organisation has seen anecdotal evidence that a lot of money has been moving to Singapore (pictured, left), Hong Kong and other Asian financial centres.

But any hopes that Asian OFCs will make it possible to avoid regulation are wide of the mark. “The clear direction coming from the EU and G8 is that further rules to address sham structures are on the way,” says Jonathon Spellman, head of finance at the Isle of Man Department of Economic Development. “Those who move east in an attempt to avoid reporting will be sorely disappointed. The world is shrinking and the same levels of compliance and transparency will ultimately be implemented in all reputable centres.”

At any rate, emerging countries hoping to capture high net worths moving away from European banking nations might find that becoming an OFC is not as easy as it might look. “Essentially, while tax havens generally adopt policies to attract foreign money as a way of growing their economy, in doing so they are actually making a huge gamble,” says Simmons. “When the global financial system faces a sudden liquidity freeze, tax havens are left with nothing. The global financial crisis has demonstrated just how unstable the environment for offshore financial centres already was.” Cyprus shows that it hasn’t improved.

Would-be OFCs might be well advised to find a niche. A recent IMF report stated that Malaysia’s international business and financial centre needed to identify an area in which it could specialise, such as serving as a back office centre for financial services carried out in Kuala Lumpur, in order to remain competitive.

This is one reason why a number of jurisdictions are already looking beyond finance for the next profitable niche service. Mauritius has aspirations to become an international arbitration centre for commercial disputes, while the proposed Health City Cayman Islands facility will bring a 2,000-bed medical tourism hospital to the islands.