Conglomerate Murugappa is sometimes dubbed southern India’s Tata Group, CampdeFB talks to its fourth-gen chairman about his plans for the family business. Conglomerate Murugappa is sometimes dubbed southern India’s Tata Group, CampdenFB talks to its fourth-gen chairman about his plans for the family business.

Walking along Parry’s Corner (pictured, right) in the southern Indian city of Chennai can be an arduous task with its milling crowds, the many street shops selling everything from fake watches to clothes, and the constant whirr of traffic. The wholesale trading district doesn’t come across as the ideal setting for the headquarters of a multi-billion-euro conglomerate, but that is where family-controlled Murugappa Group is based. 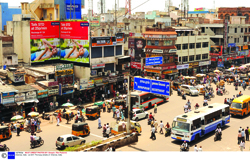 Located at the corner of the bustling street is Dare House – an institution itself, and perhaps best known in the city to be the foundations of EID Parry, a company set up by Welshman Thomas Parry in the 1780s. Today it houses the offices of Indian family business Murugappa: step into the modern building, go up five floors and you are instantly transported into a calmer world. Plush couches, a water fountain emitting a soothing gargling sound, potted plants spread through the vast room and the ubiquitous idol of Indian god Ganesh greet you.

With this kind of atmosphere, it is no wonder that Arunachalam Vellayan, the executive chairman of Murugappa, seems relaxed sitting in his office. Wearing a pale yellow shirt and a grey jacket, the 60-year-old appears to have all the time in the world. The current chair is the fourth-generation head of the business, and is very clear about what lies behind this longevity.

“Family members take the view that value creation is more important than anything else,” he says. “And to create value, we need people. Our philosophy is if those we work with don’t lose, then we don’t lose. And that has held us in good stead over the years.” 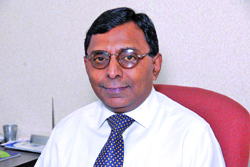 Murugappa traces its roots back to 1900 when Dewan Bahadur AM Murugappa Chettiar set up a money-lending and banking operation in Burma, which then spread to Malaysia, Sri Lanka, Indonesia and Vietnam. But when the Japanese invaded the country during World War II, the family was forced to flee to India for safety. Although the company was destroyed, Vellayan’s ancestors did not lose hope, and instead started making sandpaper, before moving into manufacturing safes and managing a rubber plantation.

From then on, it was a case of diversifying as much as possible, and the company’s operations now span fertilisers, sugar (pictured, right), cement, finance, real estate, engineering and insurance. Many analysts put the boom of family-owned conglomerates in India down to globalisation and the end of foreign exchange controls in the 1990s, which forced companies to step out of their comfort zones and diversify. But Vellayan says Murugappa expanded simply to take advantage of growth opportunities. For example, Vellayan played a big role in revamping the fertiliser division and making it the number two phosphate fertiliser manufacturer by volume in India.

“The opportunity was there because I joined the group at a time when we were a relatively small player,” he reckons. “We had a good team, we were able to take the risk to grow in the sector and add value to the company.” The agriculture and fertiliser businesses now account for half of Murugappa’s profits.

“In any developing economy, diversified business groups are the order of the day,” he says. “We expanded to grow with the economy and with opportunities that were present.” The company may still be small, but it has already been dubbed by some in the country as the Tata Group of south India. But Vellayan shrugs it off, calling the comparison “a big stretch”. 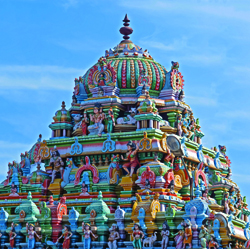 With revenues for 2011/2012 of $4.4 billion (€3.1 billion) Murugappa is a minnow compared to the likes of Tata Group, which turned over $100 billion last year, but Vellayan wants to double his group’s revenues in the next two years, with an eye on continuing to grow in the future. “In the last three years we have had growth of three times the gross domestic product of India,” he says. “My view is that we should be number one in any business we play in. Or at least number two, either regionally or nationally. And it is a no-brainer that your profitability, your ability to attract people and attract capital is clearly linked to your size.”

If that’s the case, then the company has more than enough presence in India to reap strong rewards. Among its various subsidiaries, Coromandel International is one of the largest producers of fertilisers in the country; TI Cycles is the second-largest maker of bicycles in India, and EID Parry is one of the top sugar producers in the country. Murugappa operates across seven different sectors, and Vellayan says he is not looking to enter any more at the moment. “We are in no hurry to grow too fast,” he says. “With the fifth generation also involved in the business, the onus is to not destroy value, but maintain it.”

But that has not stopped the company from going on an expansion spree recently. It set up manufacturing bases in Russia, China and France, and also ventured into the uncharted territory of Tunisia. Murugappa was largely unscathed by the downturn of 2007/2008 – its retail operations in Singapore took a hit, says Vellayan, but its success in agriculture and the fertiliser sector offset the fall. “Diversification kept us in good stead,” he adds. 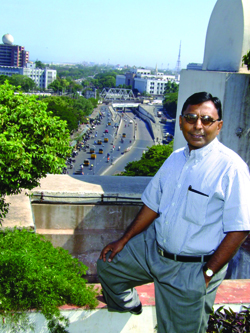 Although the business continues to branch out, the family has no plans to dilute ownership. It is hard to put an exact figure on how much the family owns of the group, but after plenty of thinking, Vellayan puts it down to between 45% and 65% of all its subsidiaries. Although very few family members are actually involved in the daily running of the company, there are plenty of family shareholders watching from the sidelines.

But Vellayan is clearly the driving force. He admits a lot of the growth at Murugappa came from his aggressive attitude over the last few years, after he took it upon himself to boost the operations of each of its divisions through a combination of acquisitions and joint ventures.

Perhaps one of its more high-profile relationships was with family-owned agricultural commodities group Cargill. The two groups entered a joint venture to build a huge sugar refinery in Andhra Pradesh, but Murugappa ended up buying out its American partner when problems supplying feedstock gas held up the project. But Vellayan is quick to insist that it was completely amicable. 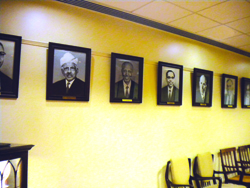 So it hasn’t all been plain sailing, but despite such hiccups Vellayan says his strategy and big ambitions haven’t caused any serious concern among other family members. “As long as value is not destroyed, they are okay with how things are run,” he says. “Sometimes I may be shooting from the hip, but it’s often about give and take.” Currently, only two of the eight-strong Murugappa board are family members: Vellayan, who is the executive chairman, and fellow fourth-gen MM Murugappan, who is vice-chairman. But this ratio works, Vellayan says, as bringing in professionals is important.

Vellayan’s two sons – Arun and Narayanan – are also involved in the company. A third fifth-gen named Murugappan – a cousin – also works in the ceramics subsidiary. Vellayan will not be drawn into a conversation on whether he’s grooming his sons to take over the family firm one day. The absence of women at Murugappa is noticeable, particularly at a time when some of the most powerful people in the country are women such as politicians Sonia Gandhi, Jayalalitha Jayaram and Mayawati. But Vellayan shrugs it off. “We believe it is better if our daughters blend into the families they are marrying into,” he says. “That is important for the harmony of their marriage, and so far it has been working well for us.” 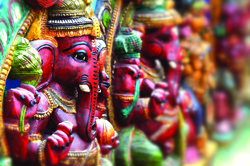 Whatever happens in the future, Vellayan appears to be in no hurry to give up the patriarchal role. He still has five years at the helm before his retirement and is confident the board will make a wise choice when necessary. His shoes might be hard to fill, however. He knows the company inside out, having worked in it for more than 30 years. He joined the family business as a graduate trainee in the company’s cycles division in the UK, before moving back to Chennai armed with a diploma in industrial administration from Aston University and a master’s from Warwick. Vellayan worked across the sugar, agricultural and tube divisions, before eventually becoming vice-chair and then chairman of Murugappa in 2009.

Vellayan wants to make the company’s presence felt more on an international front. As a step forward in that direction, the company now holds two annual investor meetings: one in Chennai and the other abroad. He also wants to foster innovation and entrepreneurialism within employees, as he thinks it would make the businesses more profitable.

Many Indian businesses have done well in recent years, and Vellayan is inspired by other patriarchs, including Pawan Munjal, who runs fellow family-owned Hero MotoCorp – “they have taken us to the cleaners” – and Bharti’s Sunil Mittal, “who I’ve seen growing over the years”. But Indian firms still face challenges. Vellayan points to a huge government budget deficit, the sliding value of the rupee, scams in the political levels and the lack of skilled workers as major hurdles to growth. The solution is to stay focused and keep up to date with the times, says Vellayan. It’s what they’ve been doing for over a century.

Formative experiences
Vellayan says both the south and north of India formed his character. He spent most of his student years at Doon School, a boarding school in north India, and then went to Shri Ram College in New Delhi for his undergraduate degree. But his southern heritage also played a critical part in his focus on keeping the company in family hands. “The culture in the south is very different, and family bonds are stronger in the south,” he says. “Elsewhere in India, the greed and ambition are at a different level. Although studying in the north helped me become more aggressive, the reason we still have strong family values is all down to our upbringing in the south of India.” 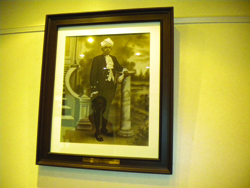 A tragedy in the past also helped the family become stronger. Vellayan’s grandfather, AMM Vellayan, was shot dead in 1945 during a visit to Burma. This could have torn the family apart, but the current chair’s great-grandfather, Murugappa Chettiar, made a decision that ensured the family stayed connected. He asked his eldest son – who had only daughters – to adopt one of AMM’s two sons to ensure the family tree and relationship remained stable. This strong desire to keep the business in the family seems to be part of Murugappa’s DNA now: family members are working towards setting up a family constitution over the next two years, and next-gens are provided regular mentorship programmes with professionals.